Portsmouth takes over over in 2nd half, overwhelms Avengers

PORTSMOUTH — Was it the annual Homecoming football game, or the Benny Hurd Show?

Portsmouth takes over over in 2nd half, overwhelms Avengers 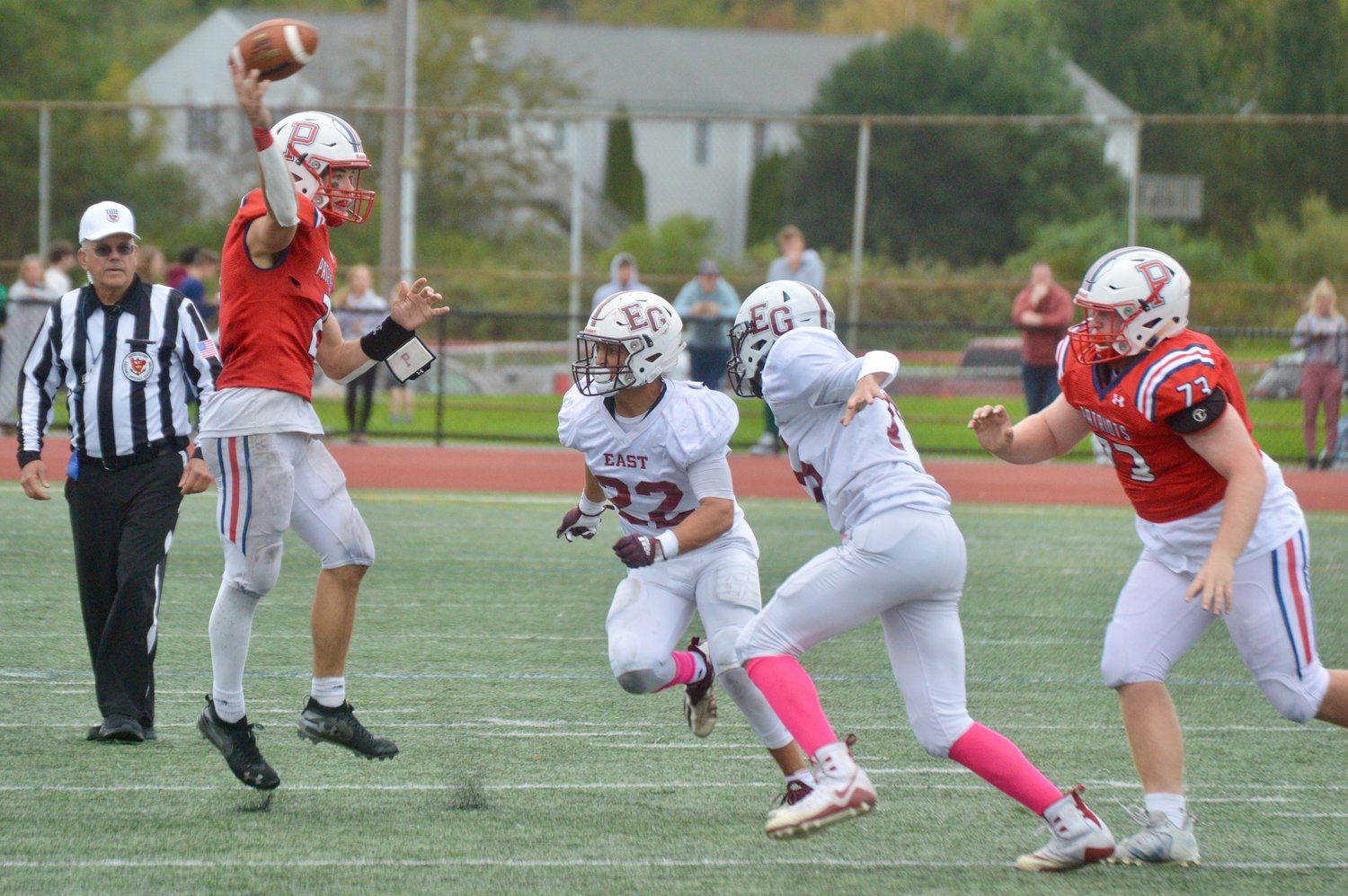 Portsmouth High quarterback Ben Hurd passes over two defenders in the first half of Saturday’s Homecoming game against East Greenwich. He had a big day, to say the least.
JIM MCGAW 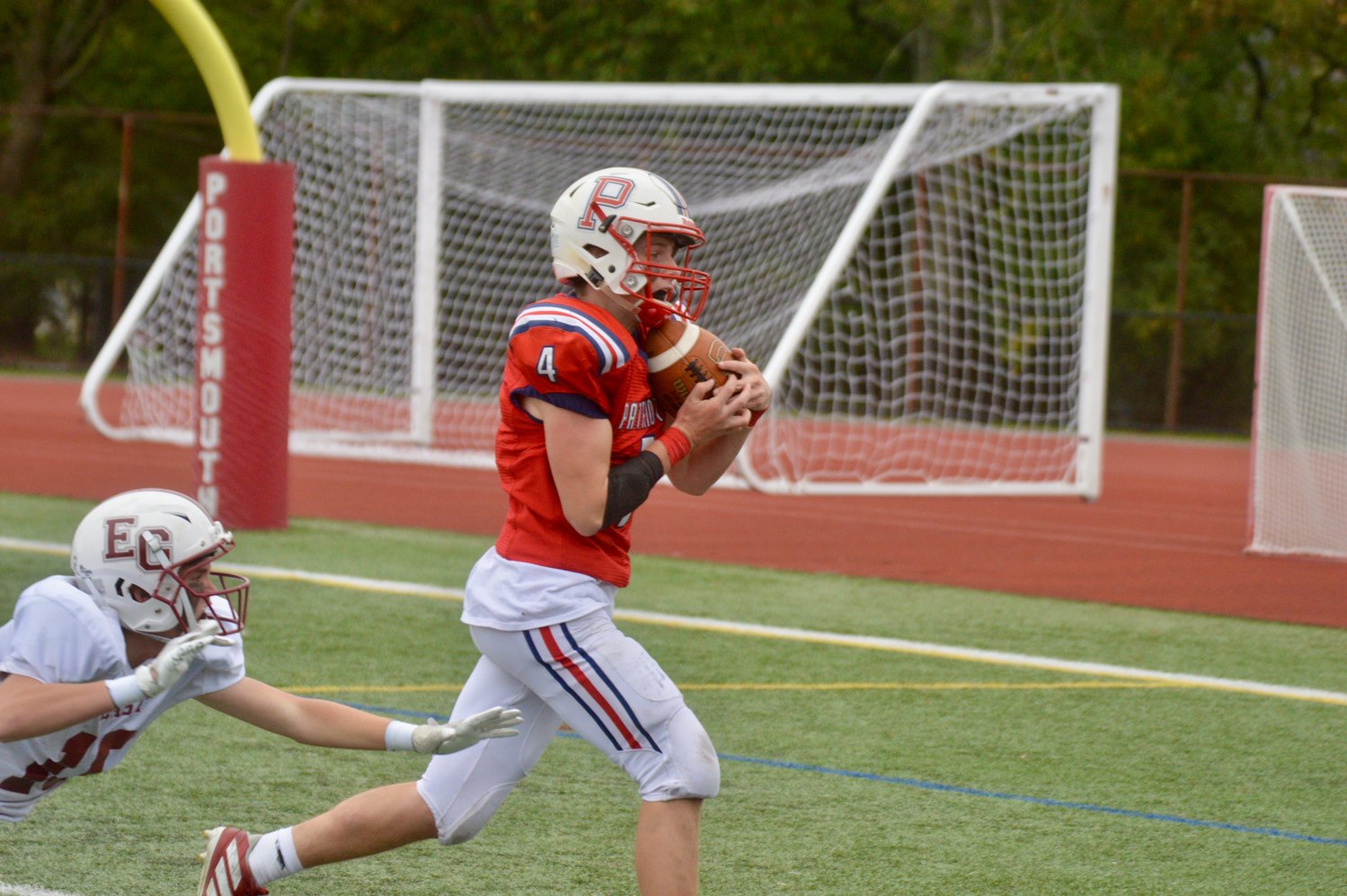 Junior Luke Brennan hauls in a 40-yard touchdown reception on a pass from Ben Hurd in the second quarter.
JIM MCGAW 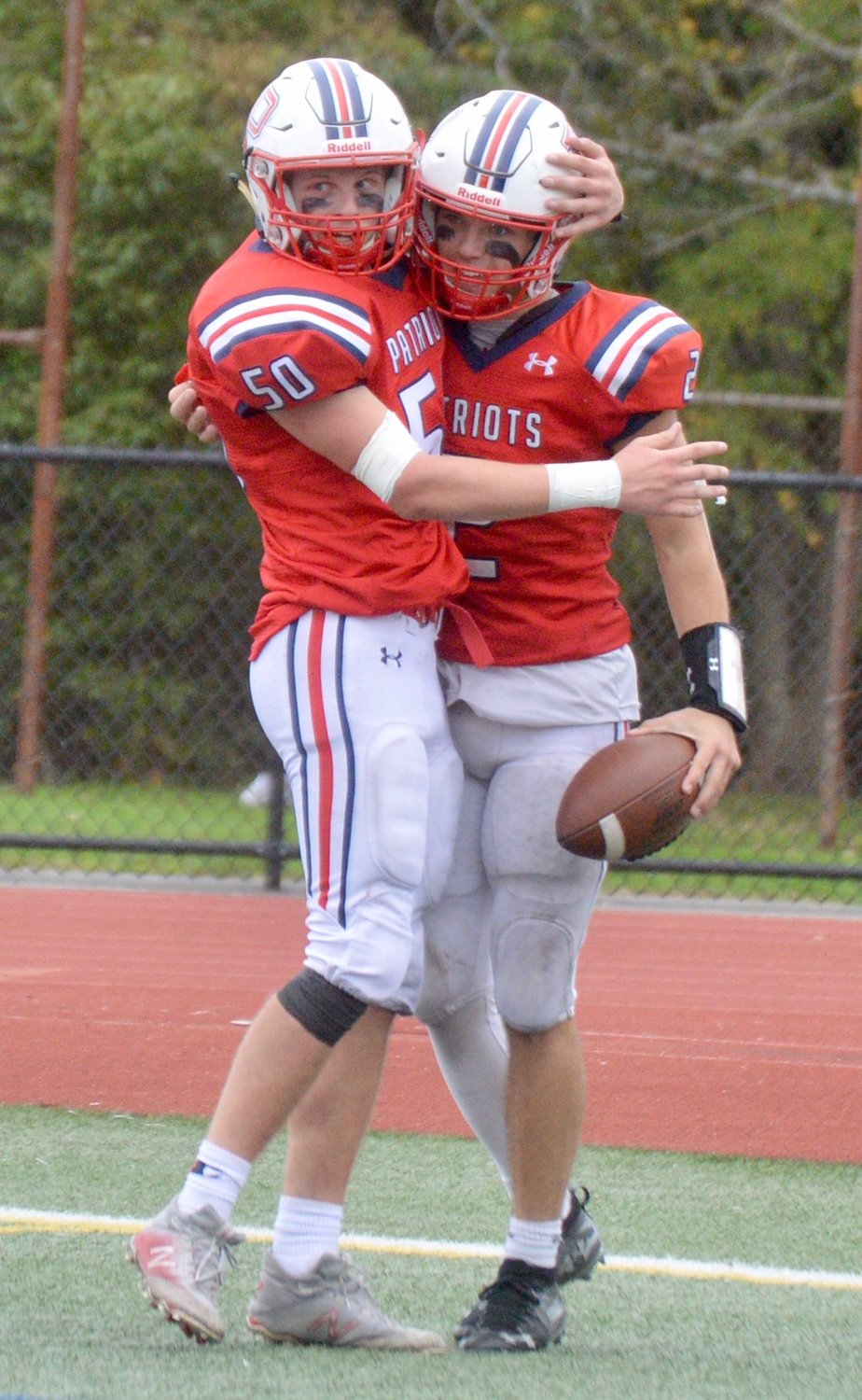 Henry Rodrigues (left) who had a big day on defense, celebrates after Ben Hurd scored a touchdown on a turnover in the second half.
JIM MCGAW 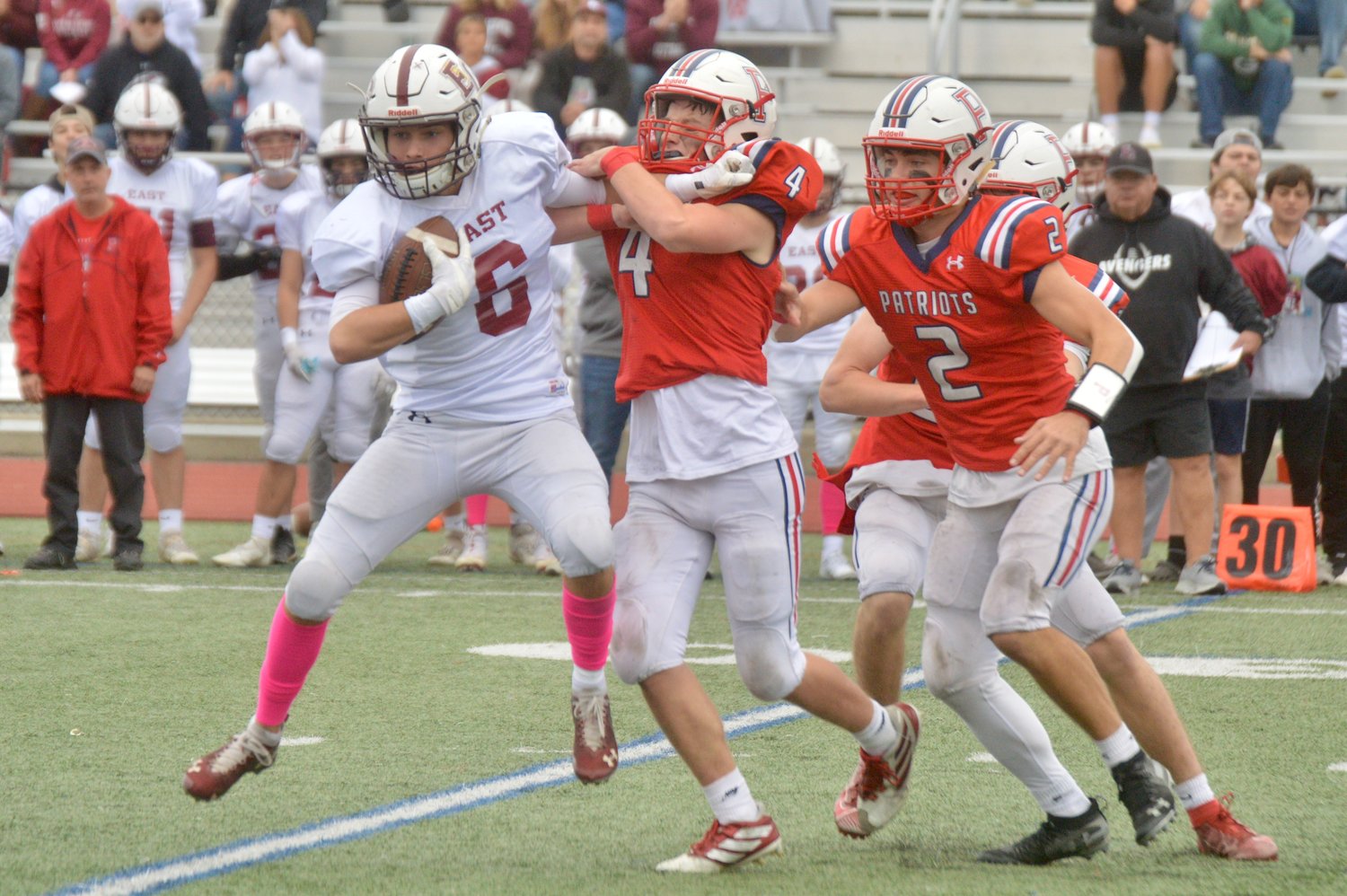 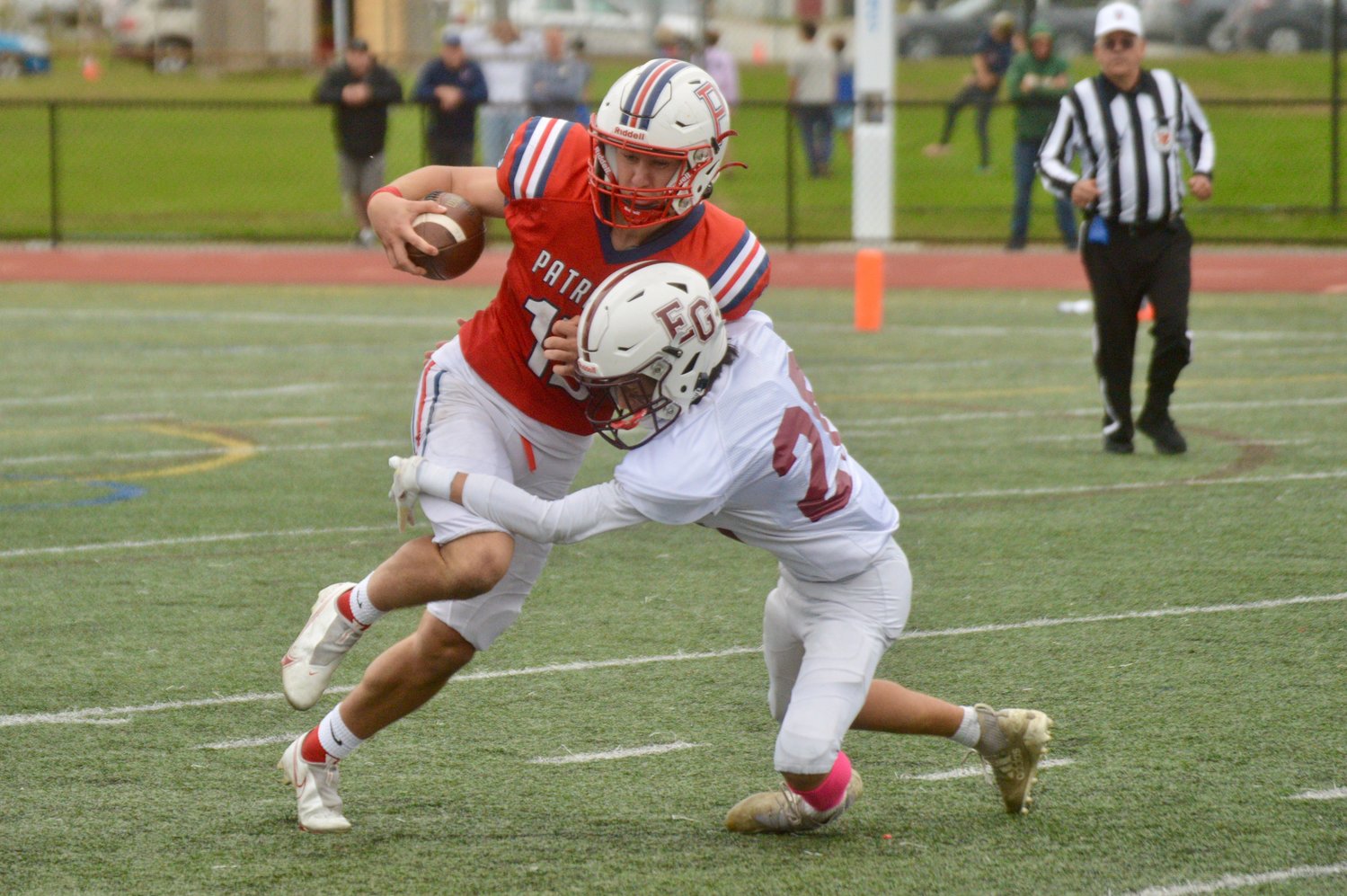 Jack Cianciolo runs down the right sideline on his way to the end zone in the third quarter.
JIM MCGAW 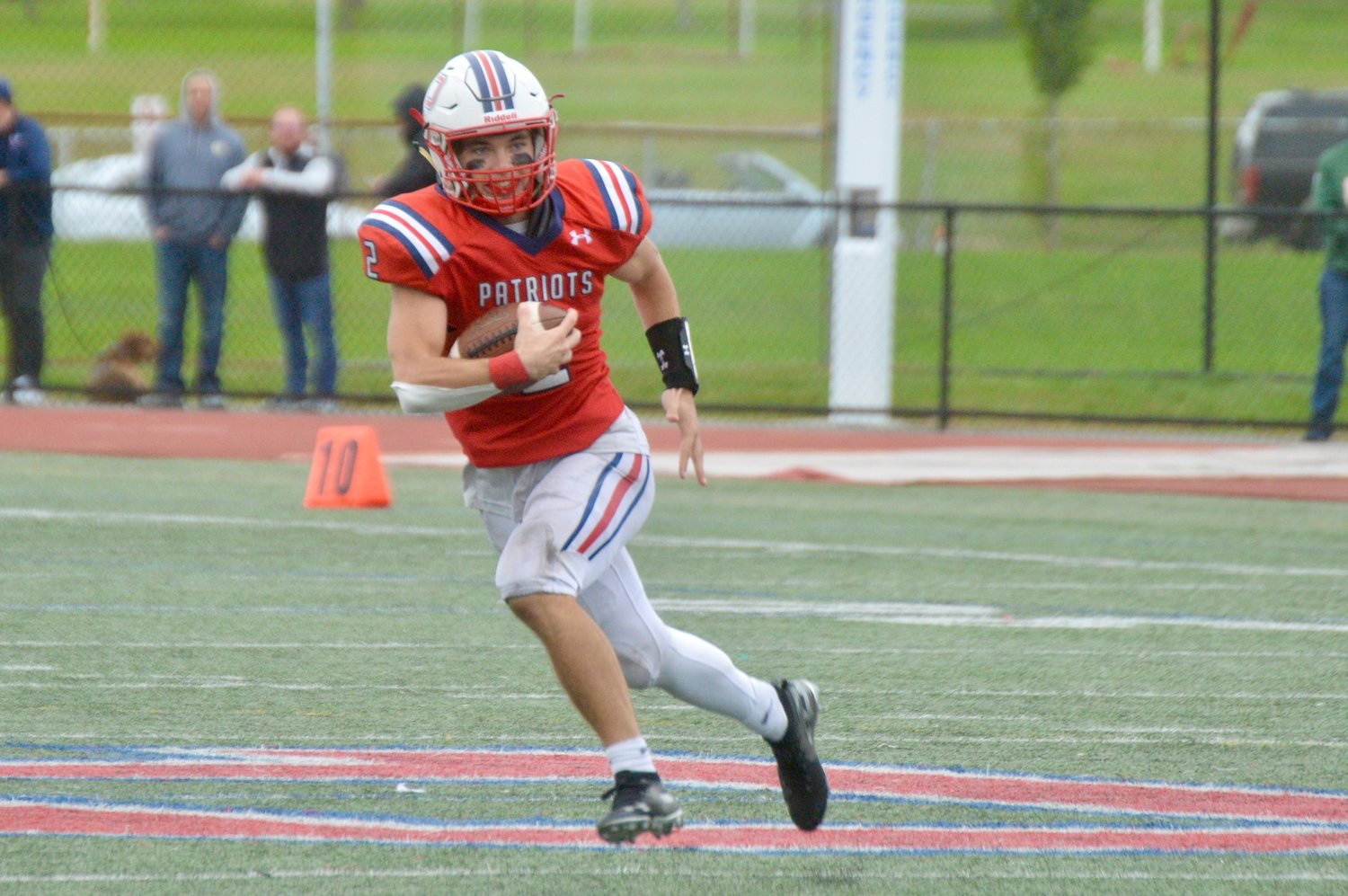 Quarterback Ben Hurd keeps the ball for a gain in the first half.
JIM MCGAW 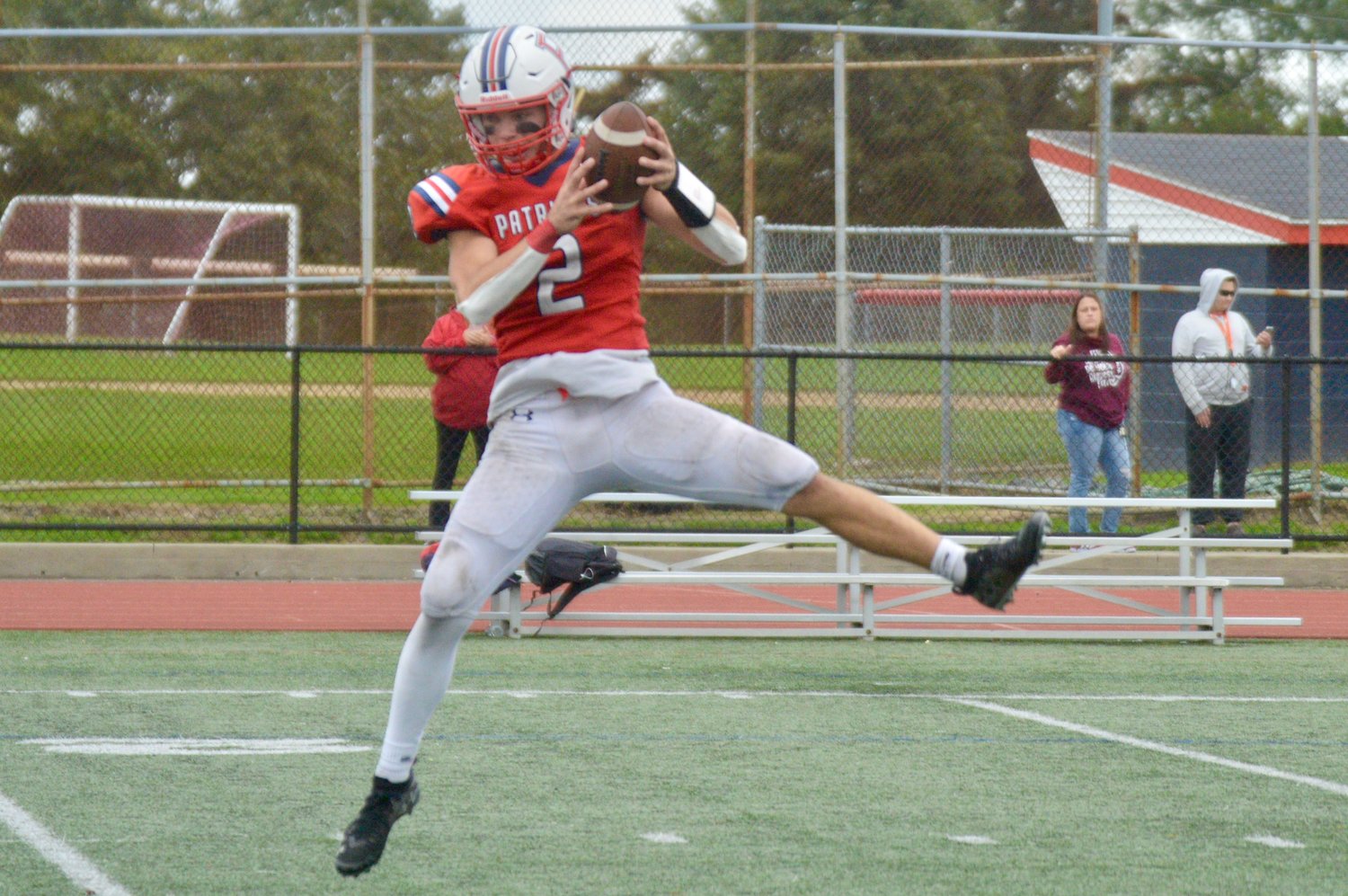 Ben Hurd intercepts an Avengers’ pass at the end of the third quarter.
JIM MCGAW 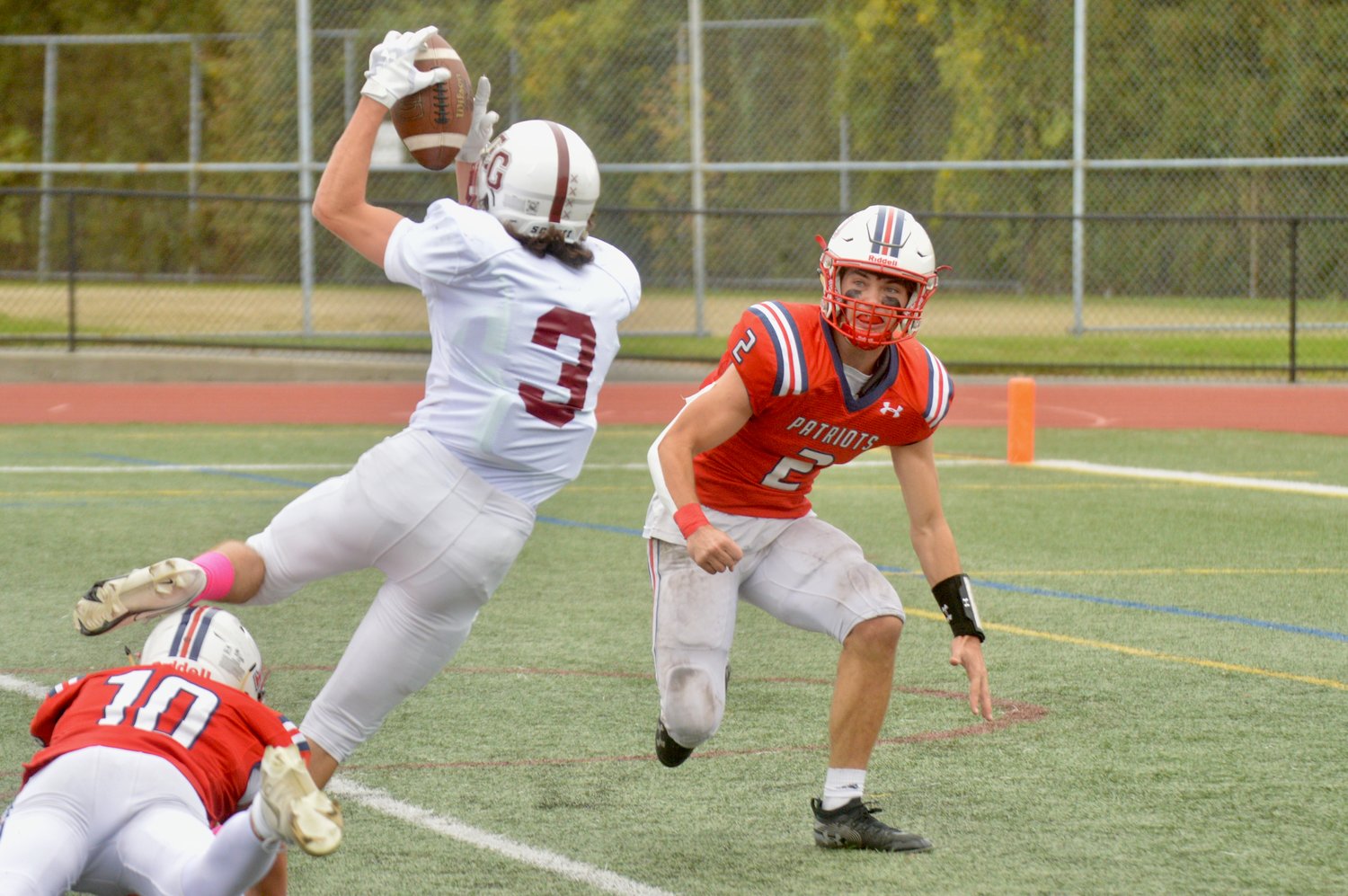 The Avengers’ Evan Macaulay scores the first touchdown of the game despite receiving a hard hit from Ben Hurd (right).
JIM MCGAW 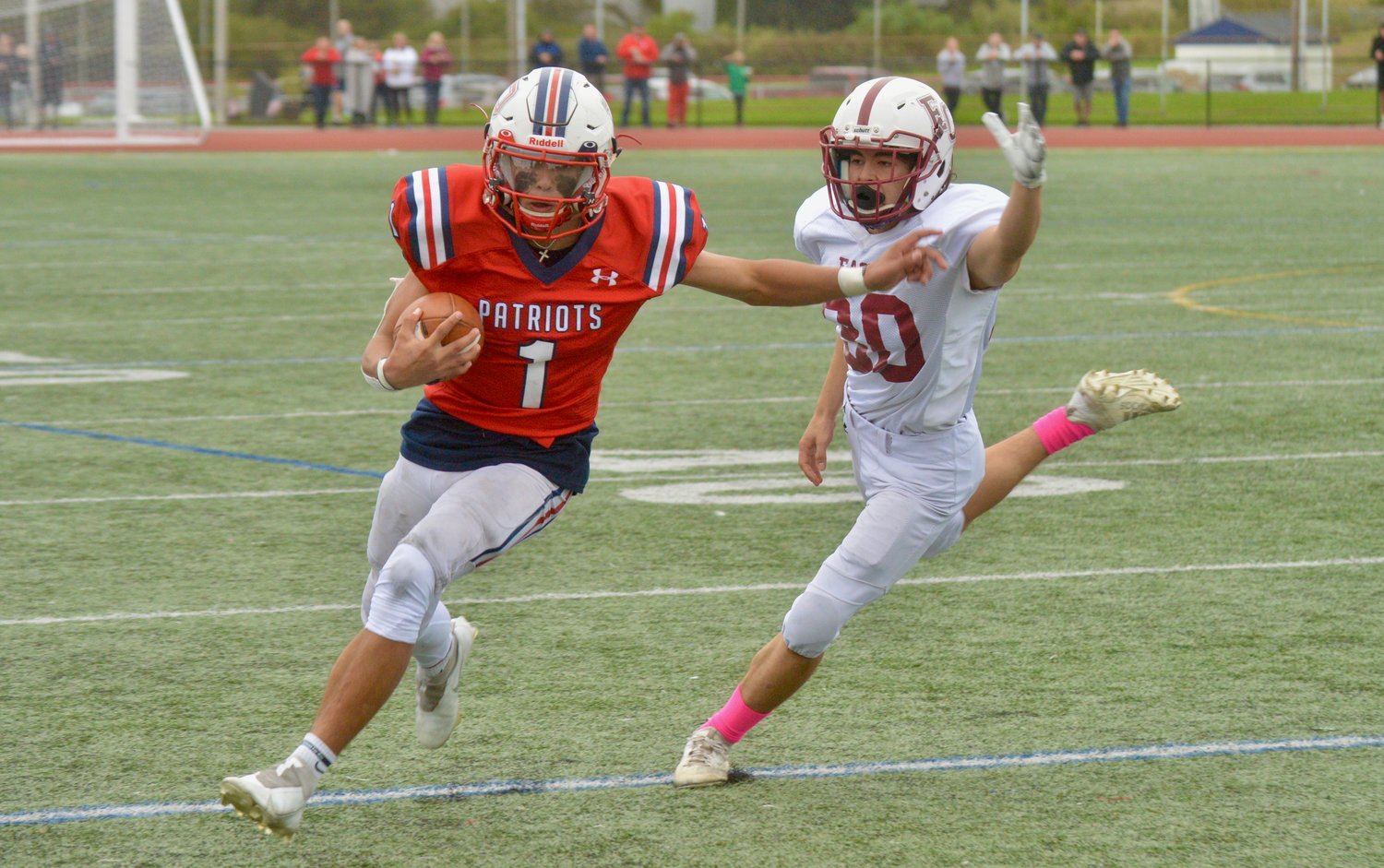 The Patriots’ Carson Conheeny rushes for a big gain in the second half as he’s hotly pursued by an East Greenwich defender.
JIM MCGAW The Patriots’ Evan Beese works hard for a rushing gain as he tries to avoid a tackle.
JIM MCGAW 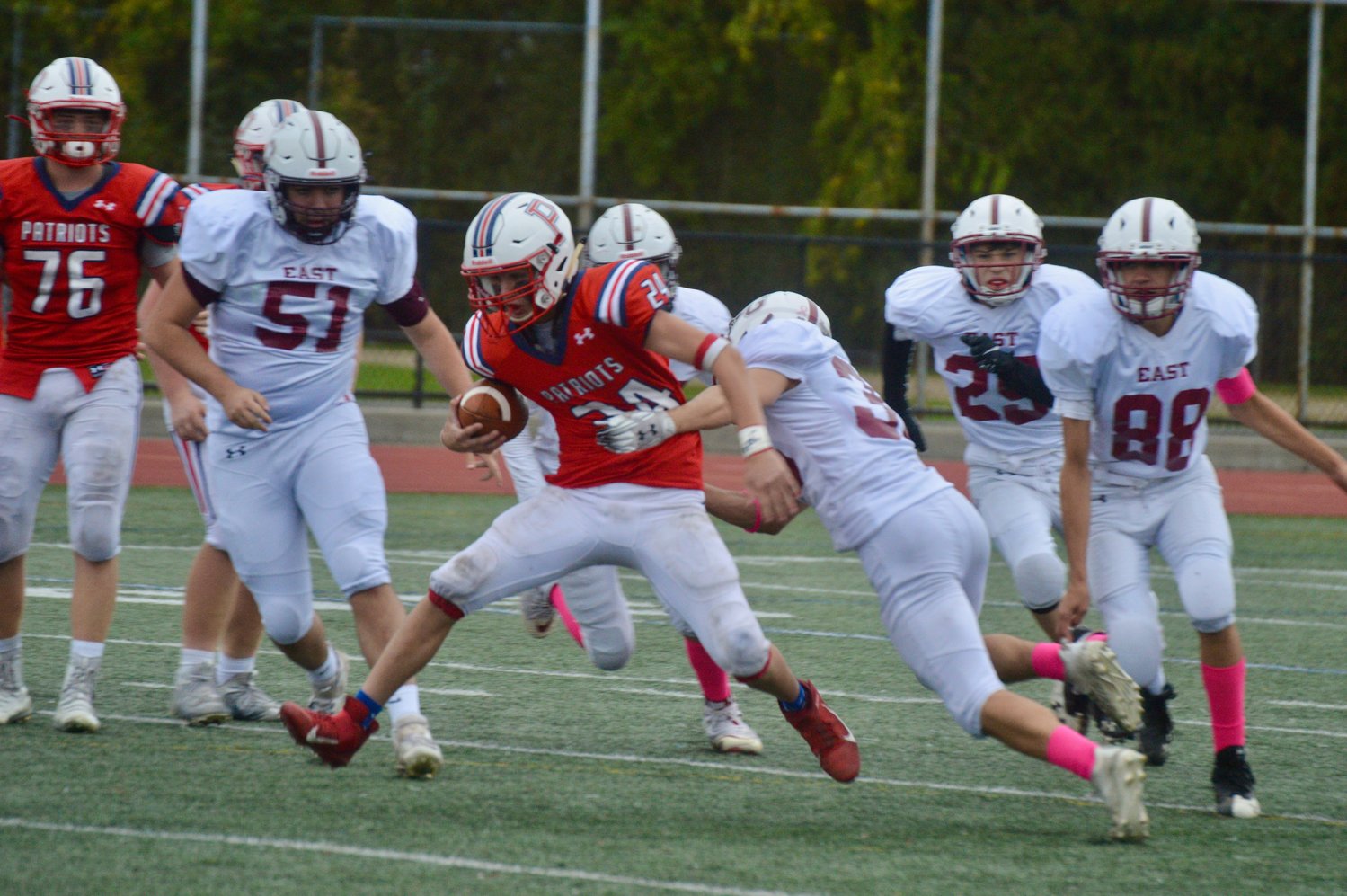 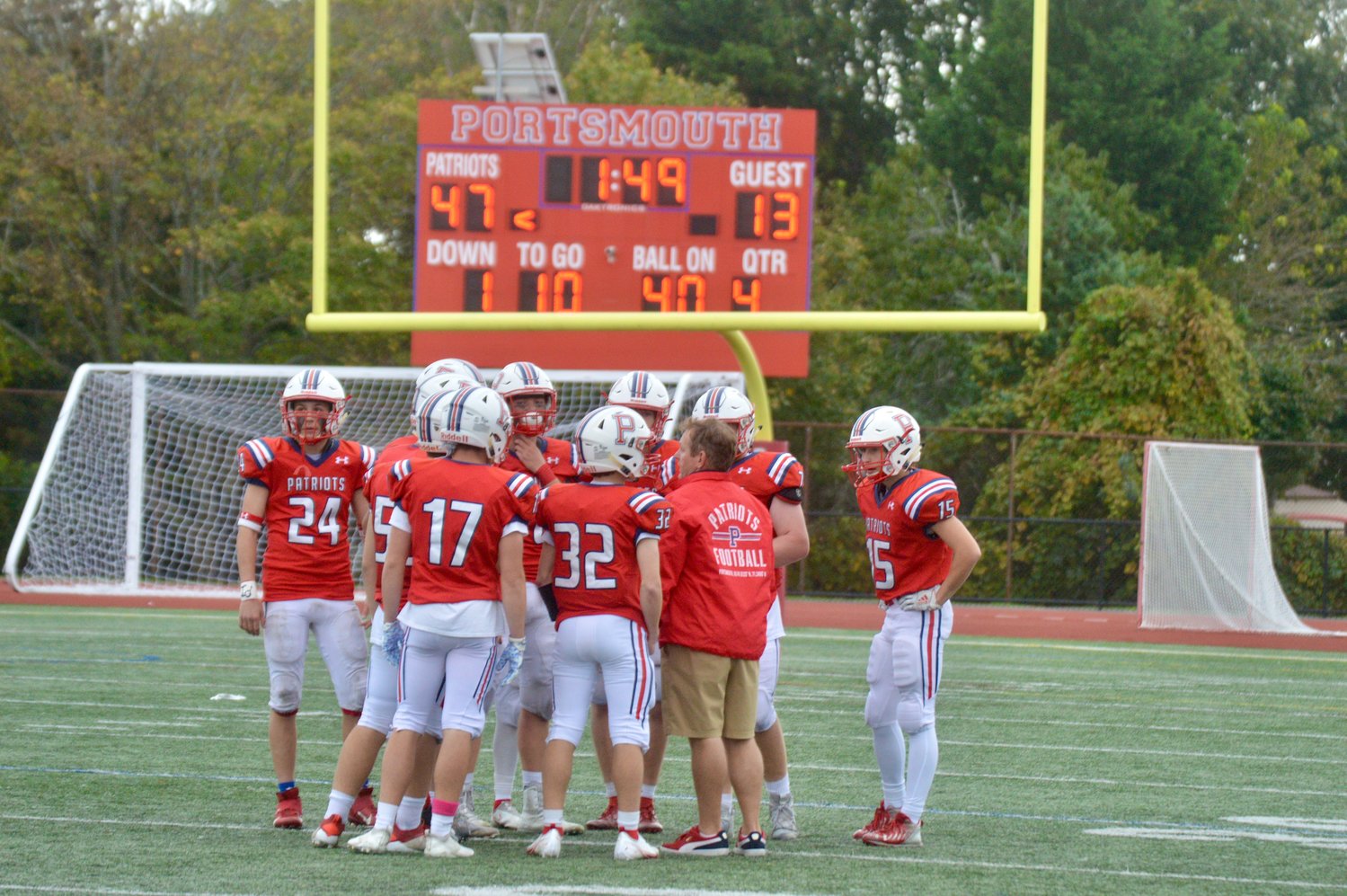 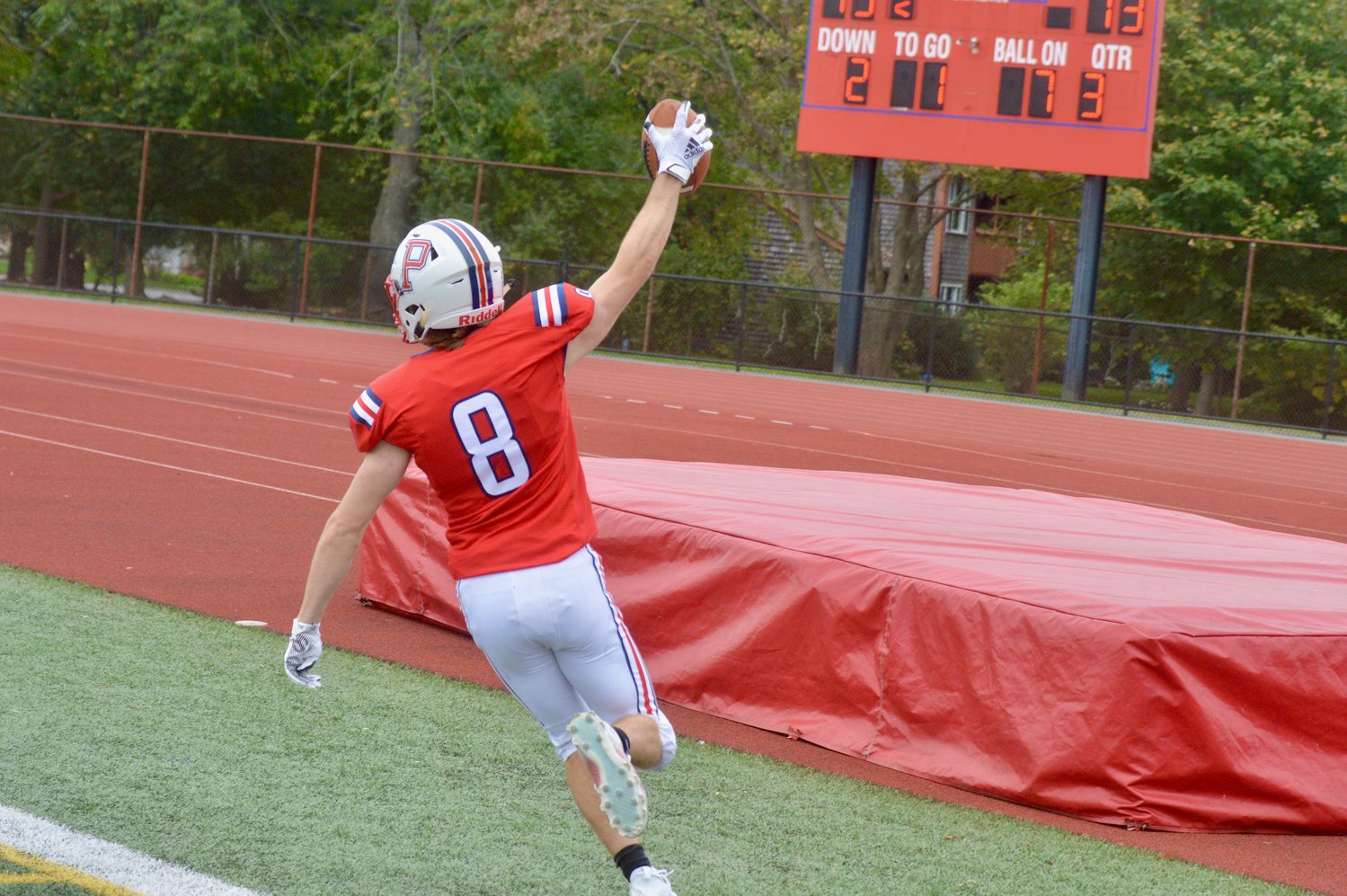 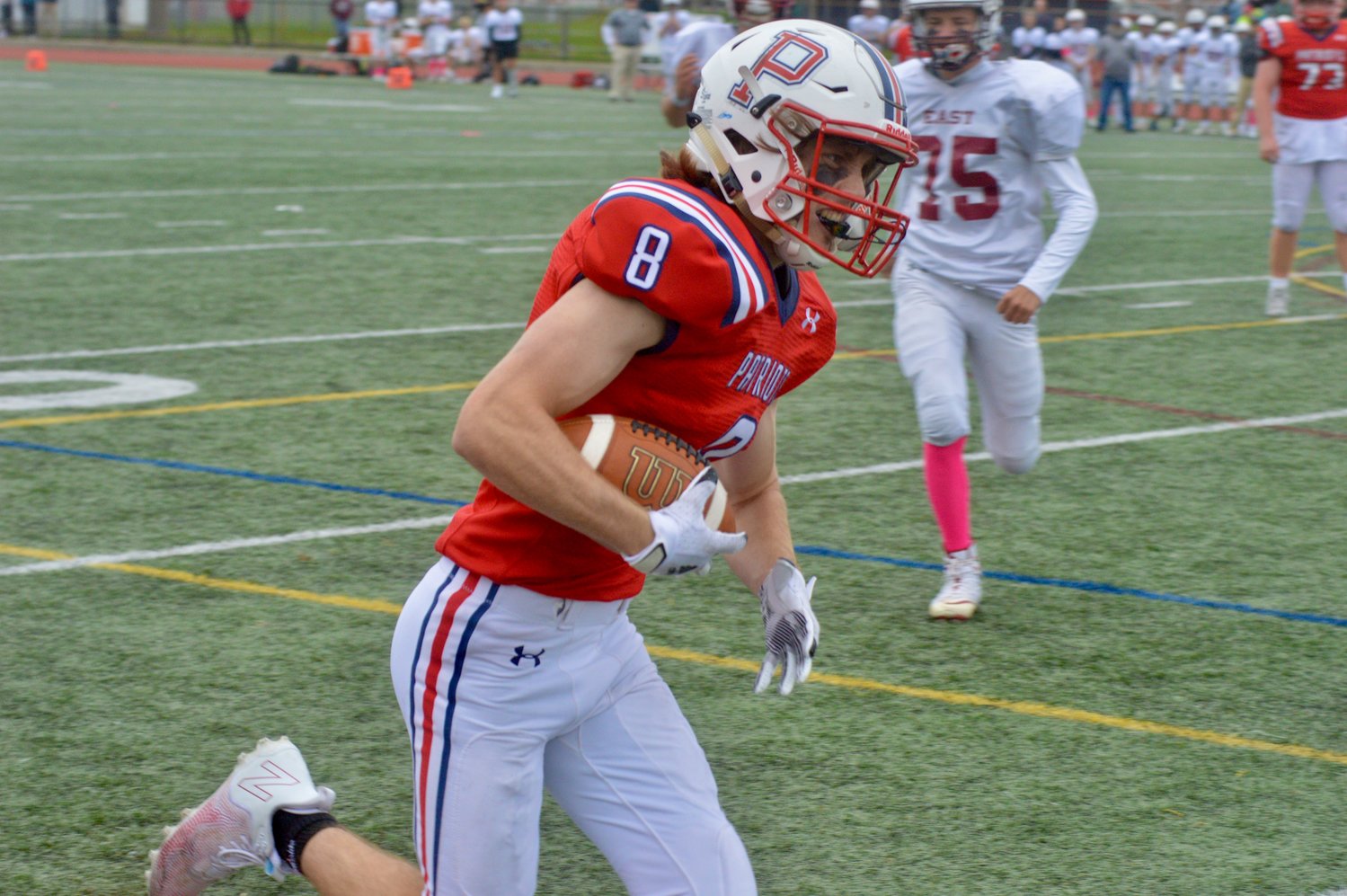 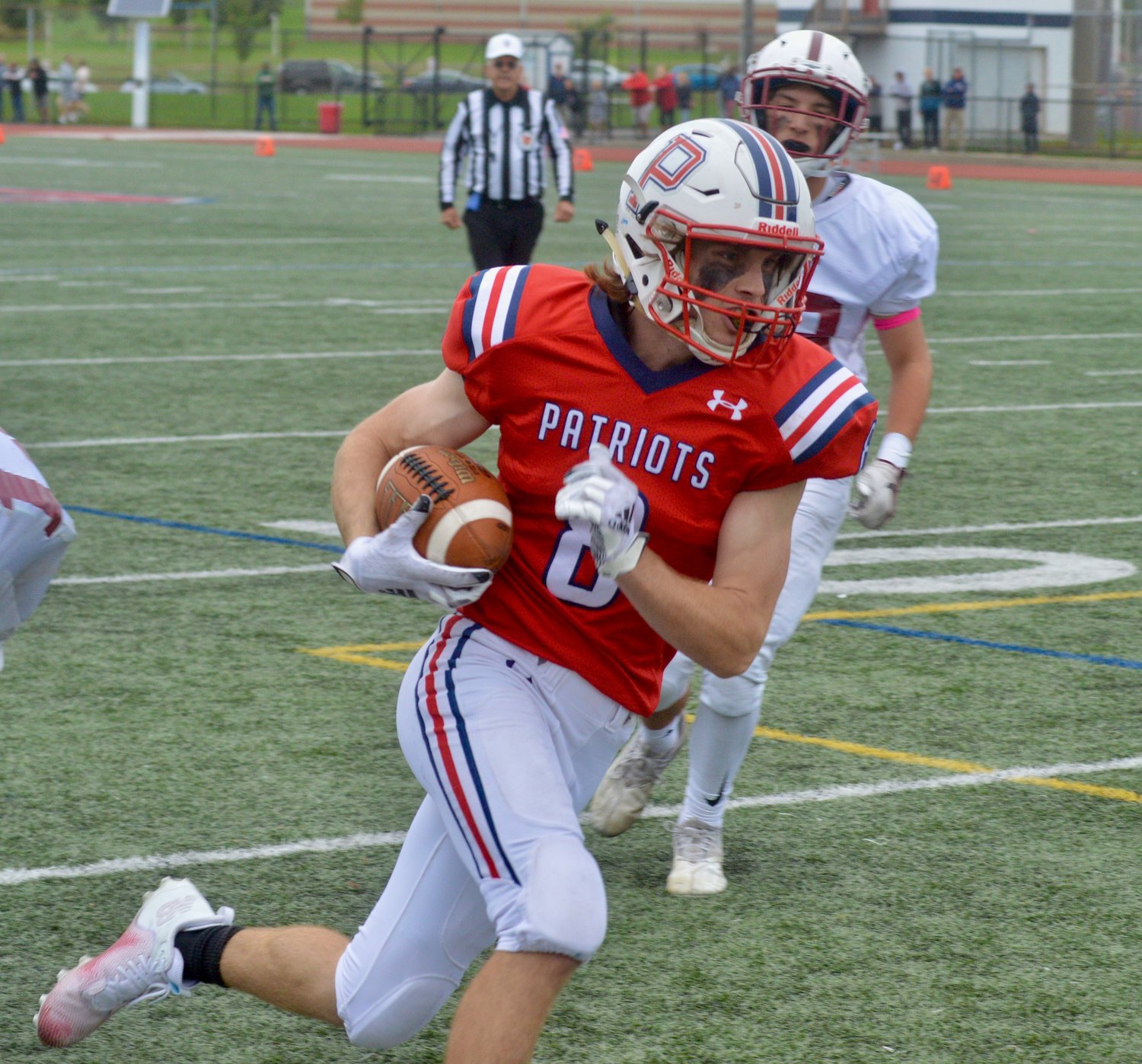 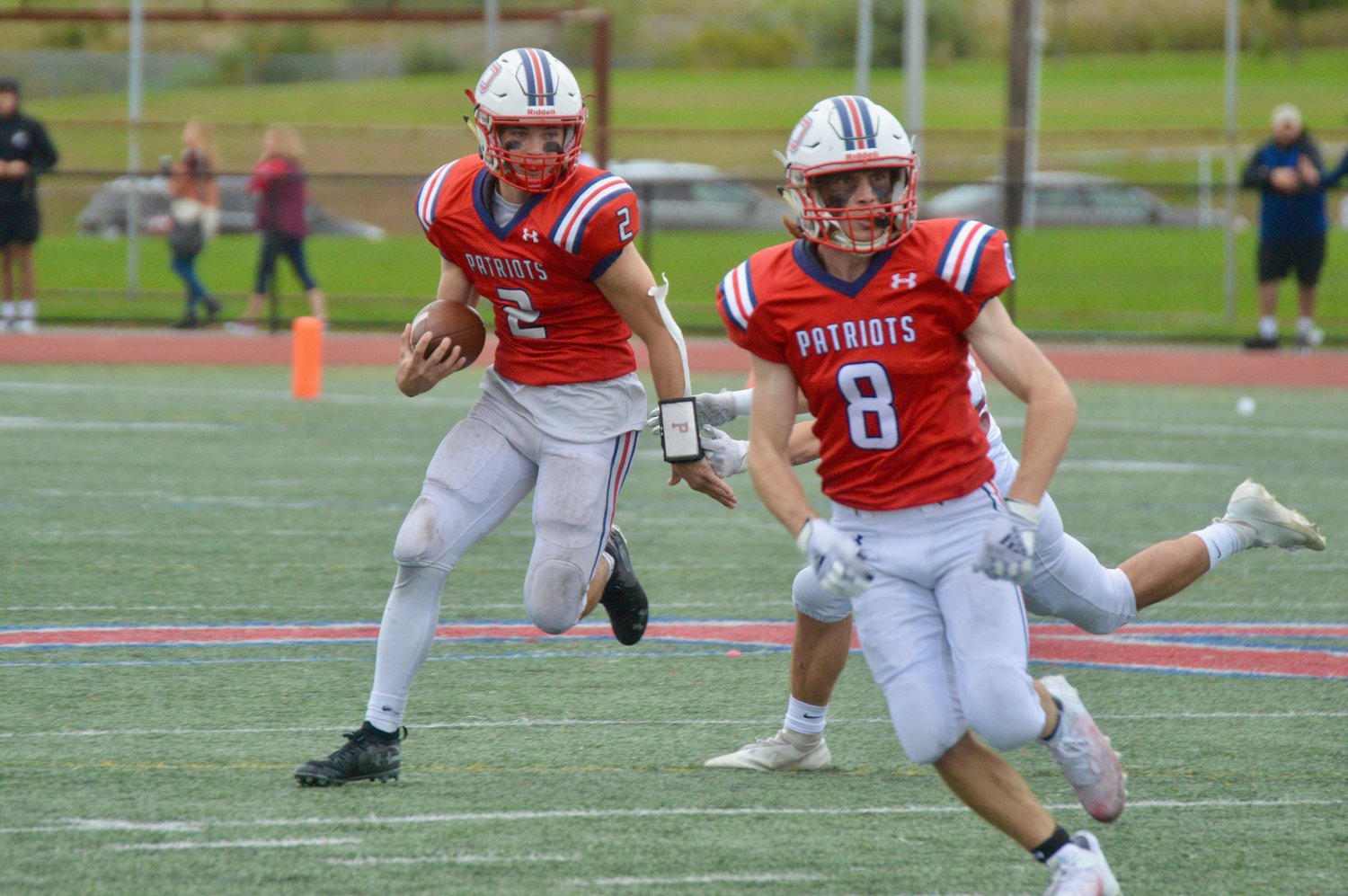 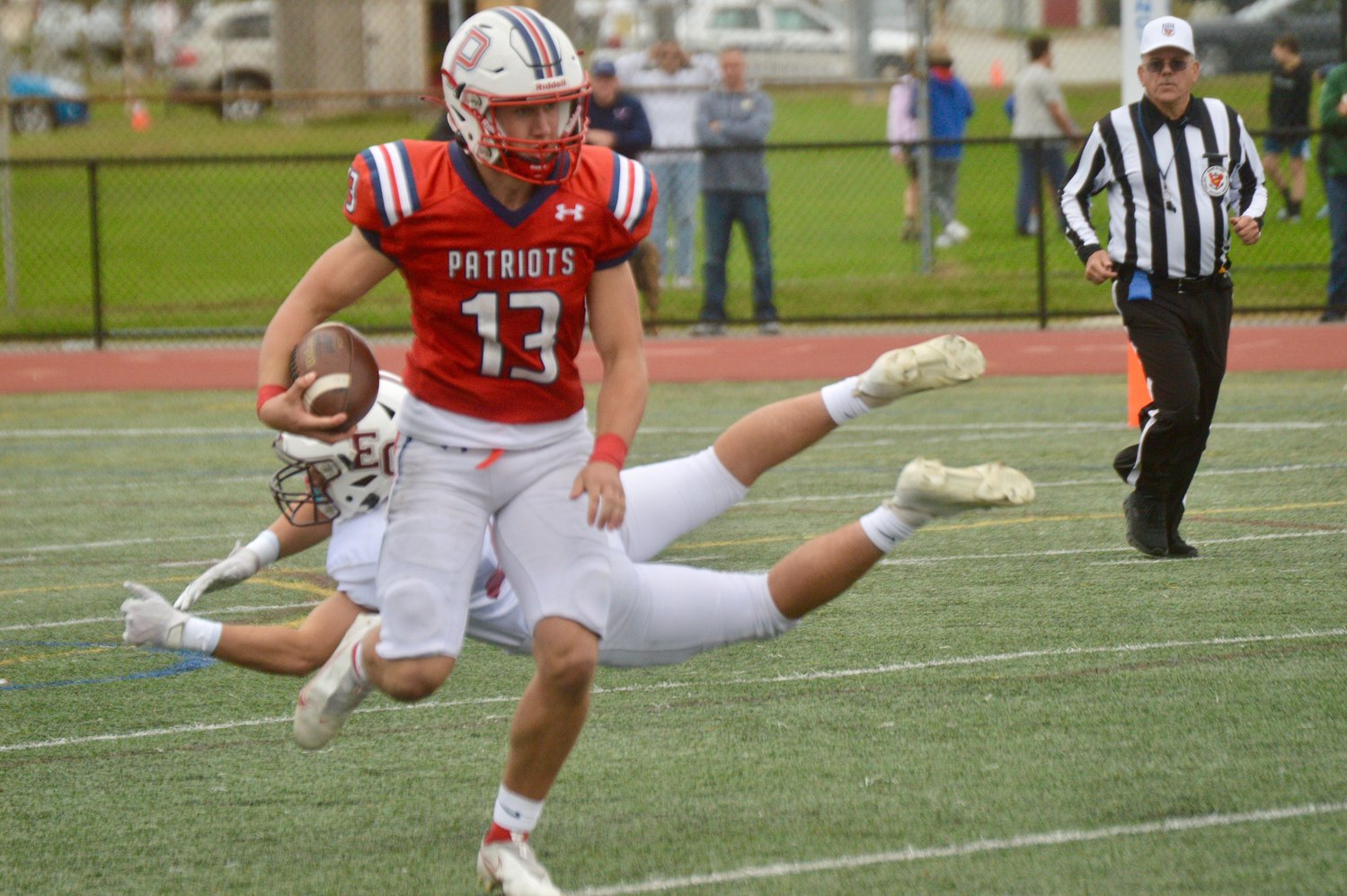 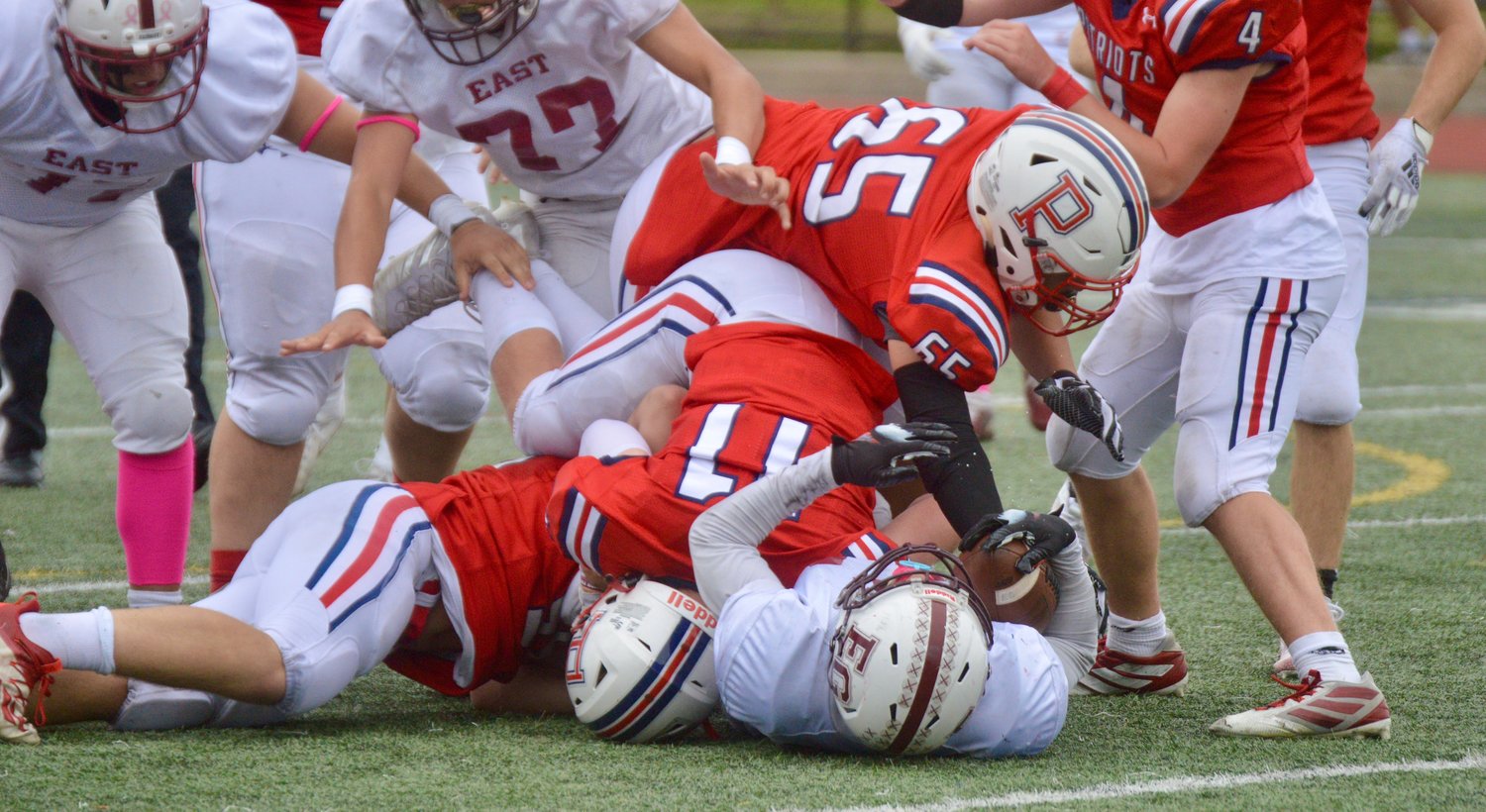 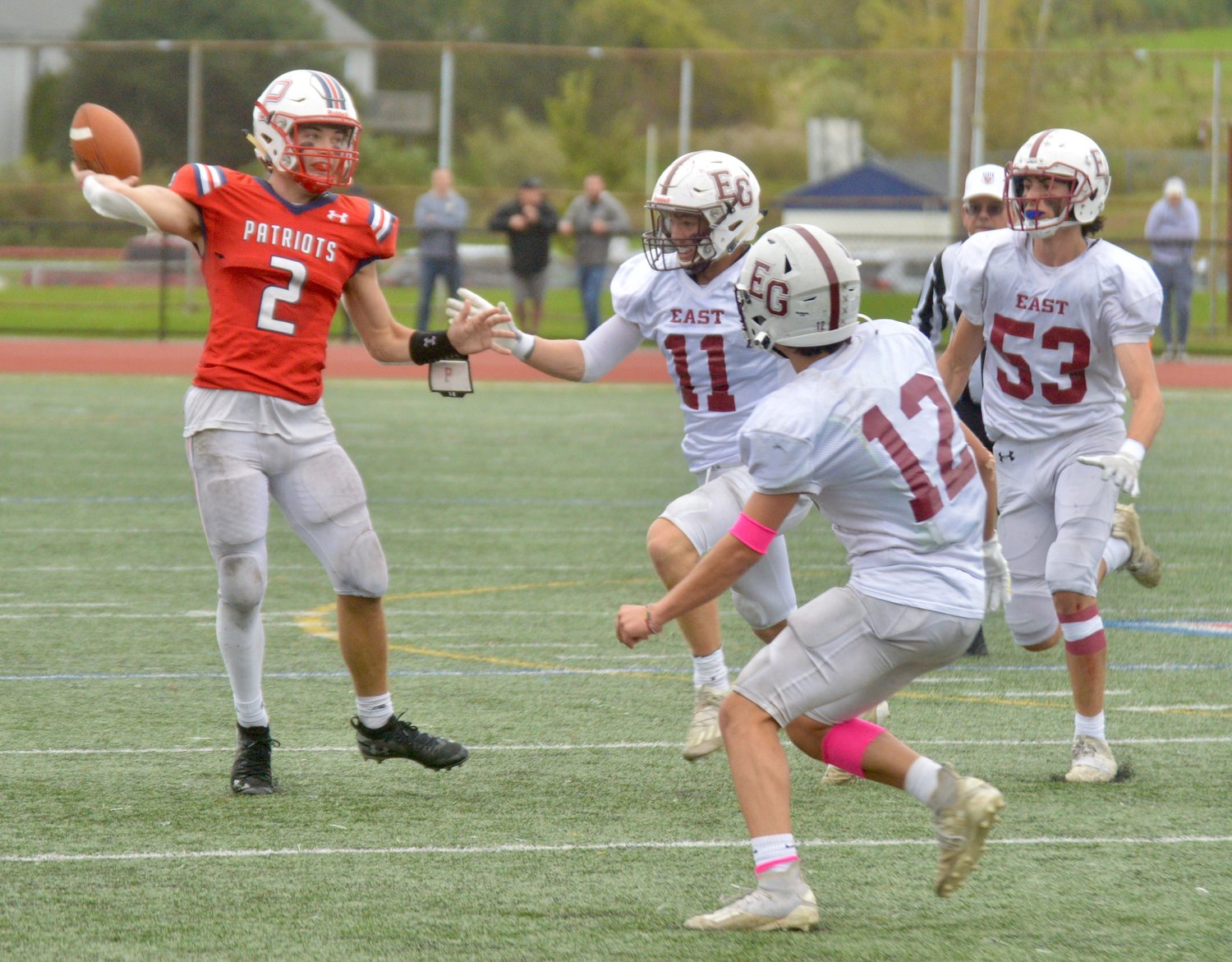 PORTSMOUTH — Was it the annual Homecoming football game, or the Benny Hurd Show?

It almost seemed like the senior quarterback and safety was in on every play — offense and defense — as the Portsmouth High varsity football team shellacked East Greenwich, 47-13, on the turf field Saturday.

In the third quarter, Hurd returned a punt and broke a tackle on the way into the end zone, making it 27-13 Patriots. Just 16 seconds later, he picked up a fumbled Avengers’ ball and ran it in for another touchdown, making it 34-13.

Things went wrong again for East Greenwich on the team’s next possession, when Hurd intercepted a pass and on a subsequent play ran the ball to the Avengers’ 19 to end the third quarter.

Hurd finished the game passing for 107 yards, plus another 82 yards rushing.

While Hurd was the biggest difference-maker, he didn’t do it alone.

Senior Jack Cianciolo also had a big game, running for a touchdown with 6:19 left in the third and rushing for another six points with 11:02 left in the fourth quarter.

Junior Carson Conheeny ran straight up the middletown for a touchdown with 4:06 left in the fourth quarter.

Junior Henry Rodrigues had a huge defensive effort, making key stops including a big sack in the second half. Henry Dutra also had a great game, recovering two fumbles in the fourth quarter, one of which led to the Patriots’ final TD.

Besides his two TD receptions, Brennan also intercepted an Avengers’ pass in the second quarter.

The Patriots fell behind twice in the first half — first 7-0 and then 13-7 — and the score was tied at 13 at halftime. After that, Portsmouth’s defense woke up and held the Avengers scoreless for the rest of the game and made several key turnovers that turned into points for the home team.