EAST PROVIDENCE — A prominent area doctor is the victim in a murder investigation being conducted by East Providence Police.

Dr. Clive Bridgham, 67, was found dead upon the arrival of officers … 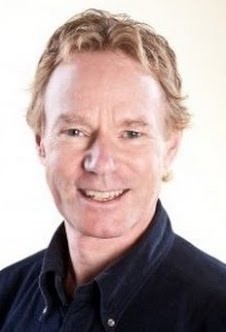 EAST PROVIDENCE — A prominent area doctor is the victim in a murder investigation being conducted by East Providence Police.

Dr. Clive Bridgham, 67, was found dead upon the arrival of officers who responded to his residence on Pleasant Street in the Rumford section of the city on Thursday evening, Jan. 11. A call seeking the EPPD to inquire about Dr. Bridgham’s safety was placed that night just after 8 p.m.. The responding officers found an “unresponsive male” on the floor in a room of the residence upon arrival at 8:40 p.m. The officers determined him to be deceased at that time.

After initially calling the investigation a "suspicious" death, EPPD later confirmed it had turned into a homicide. As of mid-day Saturday, Jan. 13, the department had no further details to release.

Until recently, Dr. Bridgham operated a practice in Barrington, Barrington Chiropractic and Sports Medicine Clinic, out of an office located on County Road. In November of 2017, he voluntarily surrendered his license back to the Rhode Island Department of Health after admitting to having sex with a 19-year-old male patient. According to public documents, Dr. Bridgham was alleged to have “violated the professional boundaries of the chiropractic physician-patient relationship” with the teen.

It was not the first time Dr. Bridgham had been involved in such conduct. In April of 2003, he was placed on probation by the Department of Health for three years after admitting to a sexual encounter with whom was described as a “sibling” of a family he was treating. Following the death of another of the siblings, Dr. Bridgham continued their professional relationship but at some point also “invited this patient to the Newport Creamery and later to his home where they engaged in sexual contact.”

Despite the fall from grace, it appeared Dr. Bridgham was a well-respected member of his profession. He was a past present of the Chiropractic Society of Rhode Island and was once named the organization’s Chiropractic Physician of the Year.

As late as 2016, Dr. Bridgham was selected to treat United State athletes at the Rio Summer Olympic Games. Previously, he practiced at noteworthy events such as international surfing, windsurfing and biathalon competitions and the X-Games. Described in published reports as an avid surfer, he also worked the World Surfing Games.

He was a 1986 graduate of the National University of Health Sciences, in Lombard, Illinois. He was a registered Doctor of Chiropractic (DC), a Diplomate American Chiropractic Board of Sports Physicians (DACBSP) and an  Internationally Certified Chiropractic Sport Science Diplomate (ICSSD).