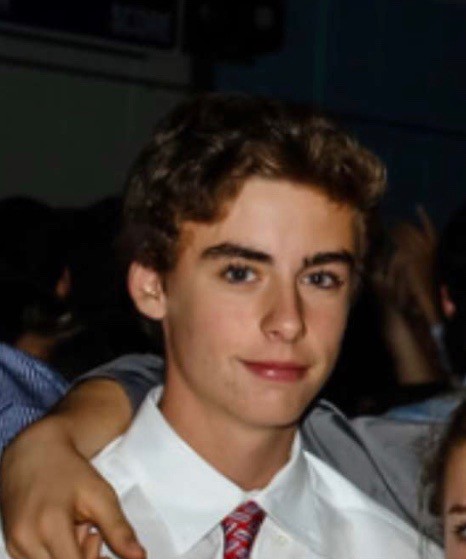 The legislation is named for Nathan Bruno, a 15-year-old Portsmouth High School student who took his life in 2018.

Kids need support from the adults in their lives, and this bill strives to ensure the adults they see every day at school are ready to connect them to help when they need it.”
Rep. Terri Cortvriend

PORTSMOUTH — Two local lawmakers have joined another in introducing the Nathan Bruno and Jason Flatt Act to require all public school districts to adopt suicide prevention policies and train all personnel in suicide awareness and prevention annually.

The bill is scheduled to be heard at the Rhode Island State House by both the Senate Committee on Education (Room 313) and the House Committee on Health, Education and Welfare (Room 101), on Wednesday, March 20, after the legislation is introduced sometime after 4 p.m. in the House and Senate chambers.

Nathan’s father, Rick Bruno, is expected to testify along with members of the Every Student Initiative (ESI), a nonprofit formed by several PHS students in the wake of their friend’s death. ESI, which promotes the “Be Great for Nate” initiative, advocates for more mental health resources in the schools.

The bill would require every school district to adopt a suicide prevention policy, and train all school personnel — including teachers, administration, custodians, lunch personnel, substitutes, nurses, coaches, and coaching staff, even if volunteers — in suicide prevention and awareness. The state Department of Education would establish the guidelines for the training curriculum.

Rep. Terri Cortvriend (D-Dist. 72, Portsmouth, Middletown), one of the bill’s sponsors, was chairwoman of the Portsmouth School Committee at the time of Nathan’s death. The committee was determined to provide staff with more professional development regarding students’ social and emotional needs.

“Our state and our country are facing alarmingly high rates of suicide,” said Rep. Cortvriend. “Children of all ages face pressure from all angles in today’s society. Social media, self-acceptance, bullies, drugs and alcohol, athletics, image, relationships, and home issues are just a few of the many pressures our children face every day. Kids need support from the adults in their lives, and this bill strives to ensure the adults they see every day at school are ready to connect them to help when they need it.”

“We are so grateful to the friends of Nathan Bruno who, in the wake of tragedy, looked for ways to help prevent other young people from suffering the way Nathan did. This bill is really their bill, and the change it will bring is a great way to honor Nathan’s memory.” said Sen. Euer, the lead sponsor of the Senate bill.

According to the Center for Disease Control and Prevention in 2016, suicide was the second leading cause of death for those between the ages of 10 and 34. In 2017, one in nine middle school students in Rhode Island made a suicide plan.

“Suicide awareness and prevention is critical for students of all ages,” said Sen. Seveney, who co-sponsored the Senate bill. “We must take action to ensure all adults with whom they interact at school are able to recognize the signs of students who are at risk. Nathan Bruno’s tragic death showed us how important it is for everyone who works with students to recognize the signs and to know how to properly handle those situations. It can save kids’ lives,”

For more information about the Every Student Initiative and mental health awareness resources, visit everystudentinitiative.org.