The Tiverton Town Council will hold a public hearing Nov. 29 at 6 p.m. at Tiverton High School to gather feedback on a draft solar energy ordinance that, pending final approval at a later date, will … 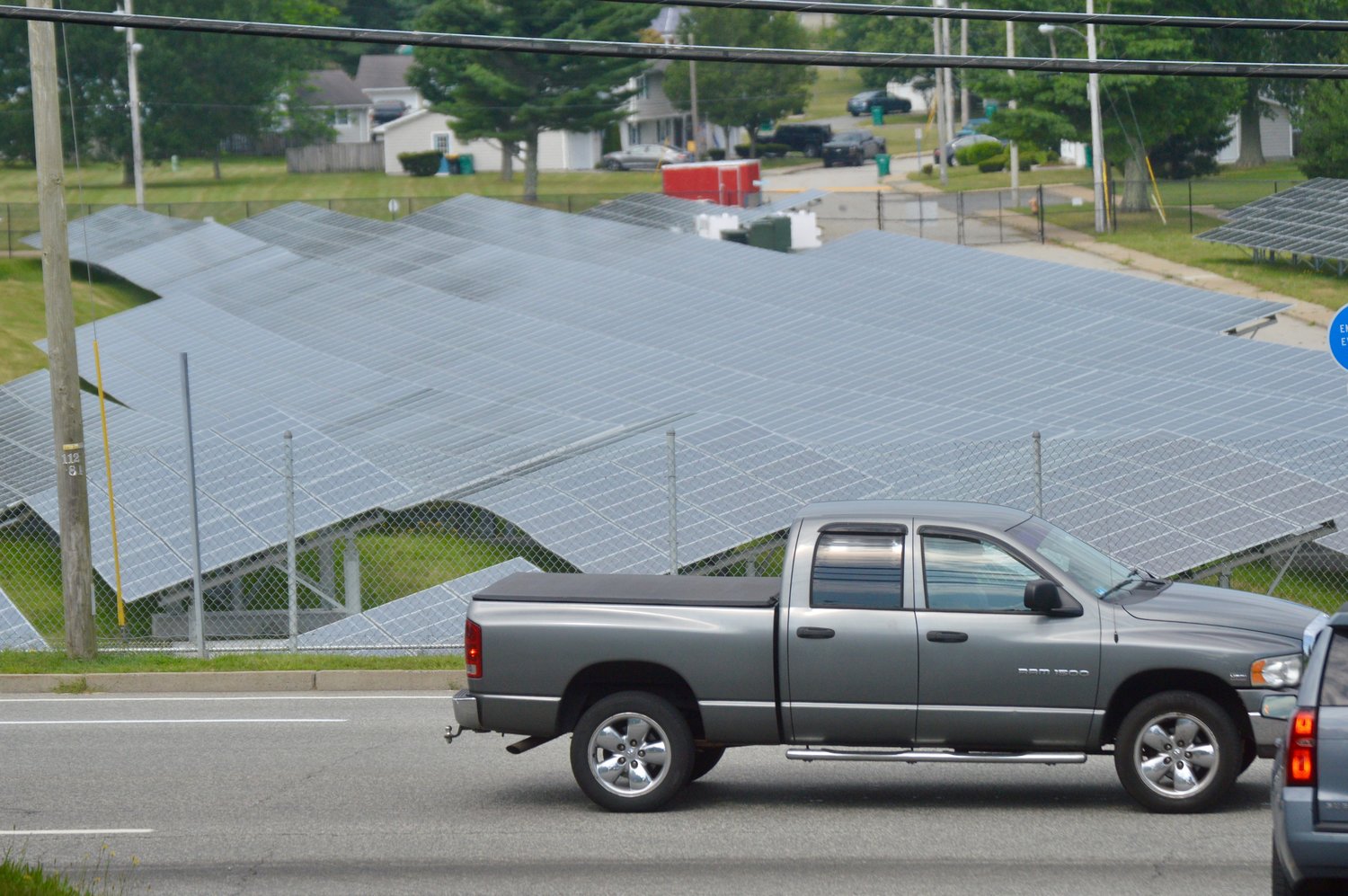 TIVERTON — The Tiverton Town Council will hold a public hearing Nov. 29 at 6 p.m. at Tiverton High School to gather feedback on a draft solar energy ordinance that, pending final approval at a later date, will replace one that was repealed three years ago.

The language in the draft ordinance states that its purpose is to regulate the installation of solar energy systems and promote their safe and effective use. The eight-page draft is posted on the town website, www.tiverton.ri.gov,

The original ordinance was approved in March 2018 and repealed eight months later due in part to a lack of specifics on how large the solar field could be in relation to the subject property as well as erroneous information concerning the required size of vegetative buffers.

Since the repeal, large-scale solar developments are prohibited in town; however, town officials will consider smaller “accessory” farms on a case-by-case basis. The planning board has reviewed the revised draft ordinance and recently returned it to the town council for further action.

At a meeting in late October, council members said they’ve received significant community feedback on the topic. Some citizens, they said, have expressed concerns regarding the approval process being rushed. In response, councilors said the ordinance continues to be a work in progress, and they believe public input at this point is the logical next step.

“It does not mean this is the final public hearing, in no way,” said Council President Denise deMedeiros. “But it will give us a sense of what the community wants.”

She said the councilors want to hear from the community, do more research, and create a final document that will likely go back to the planning board for additional feedback. The Nov. 29 meeting is expected to be the first of at least two public hearings prior to approval of the final draft, she said.

“There are too many negative ramifications if we rush this through and do it wrong,” said Councilor Deborah Janick, who cited some of the potential environmental impacts, such as disruption of animal habitats and erosion of waterways, that can be created by solar installations.

She said she has received many phone calls, texts, and emails from local residents, and not one has asked that the council rush the process. “Everyone has asked us to slow it down,” she said, “and I totally agree.”

In a letter to his fellow council members, Councilor Jay Edwards said ordinances must be supported by the town’s comprehensive plan. Solar is referenced only once in the entire plan document, he wrote, and he urged the council to interpret the comprehensive plan in its entirety in this situation, rather than looking for and targeting specific references.

This would include, he said, the comprehensive plan’s numerous references to the desire to “maintain the rural character and scenic beauty of our town and controlling and managing development.”

Edwards also echoed the sentiments of other council members regarding the need to proceed slowly and deliberately before approving the ordinance, so future modifications will not be necessary. “I have heard of one town,” he said, “that has modified their ordinance nine times. Let’s not be that town.”