Townies seek to make some noise in D-I softball

EPHS eyes a deep run in the state championship playoffs

EAST PROVIDENCE  — The East Providence High School softball team got its 2022 Division I schedule going in recent days, the Townies eyeing improved results after finishing 5-7 a year ago …

Townies seek to make some noise in D-I softball

EPHS eyes a deep run in the state championship playoffs 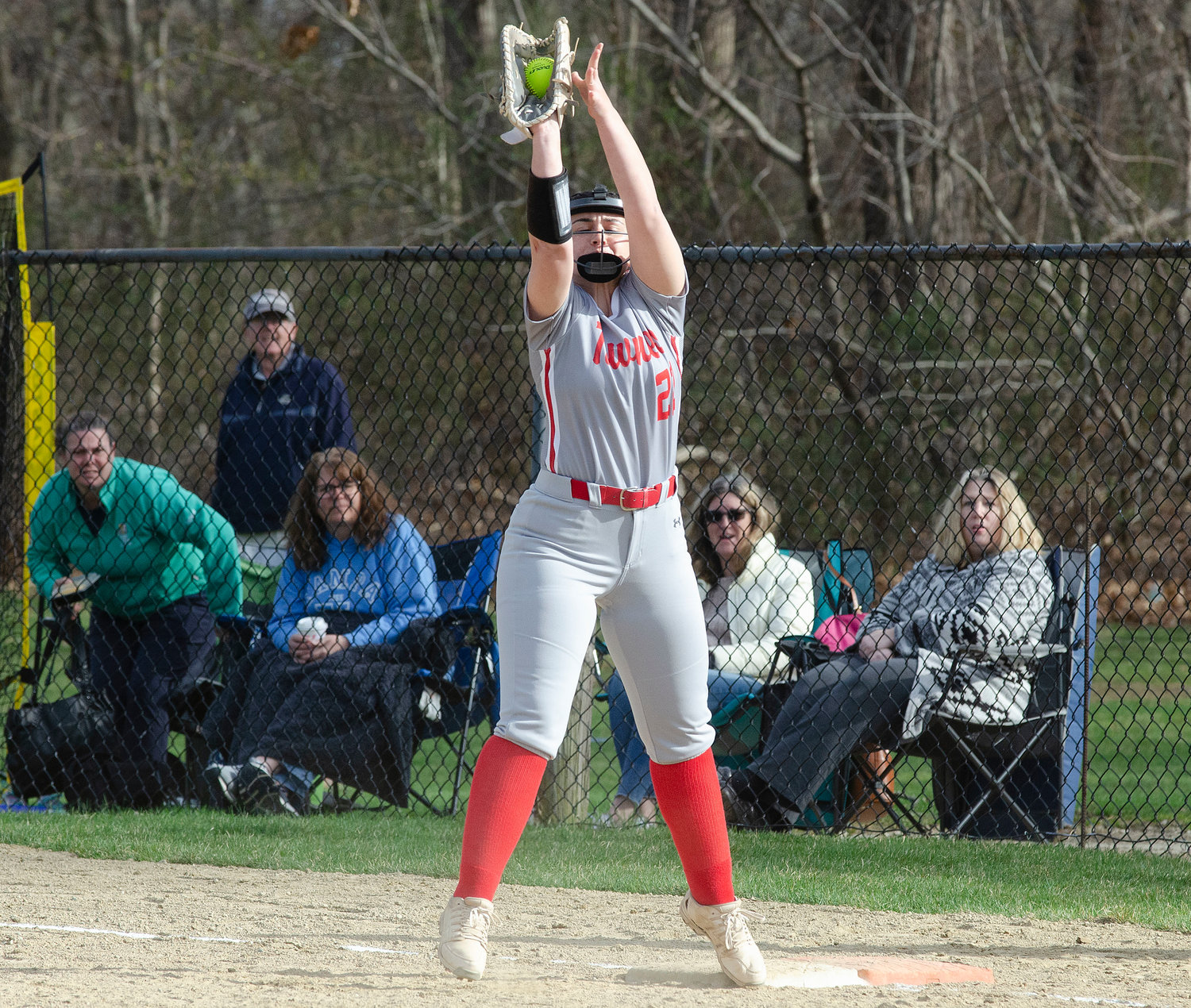 EPHS first baseman Emma Bergeron stretches to make a put-out for the Townies in their recent softball home outing against Scituate.
Photos by Rich Dionne 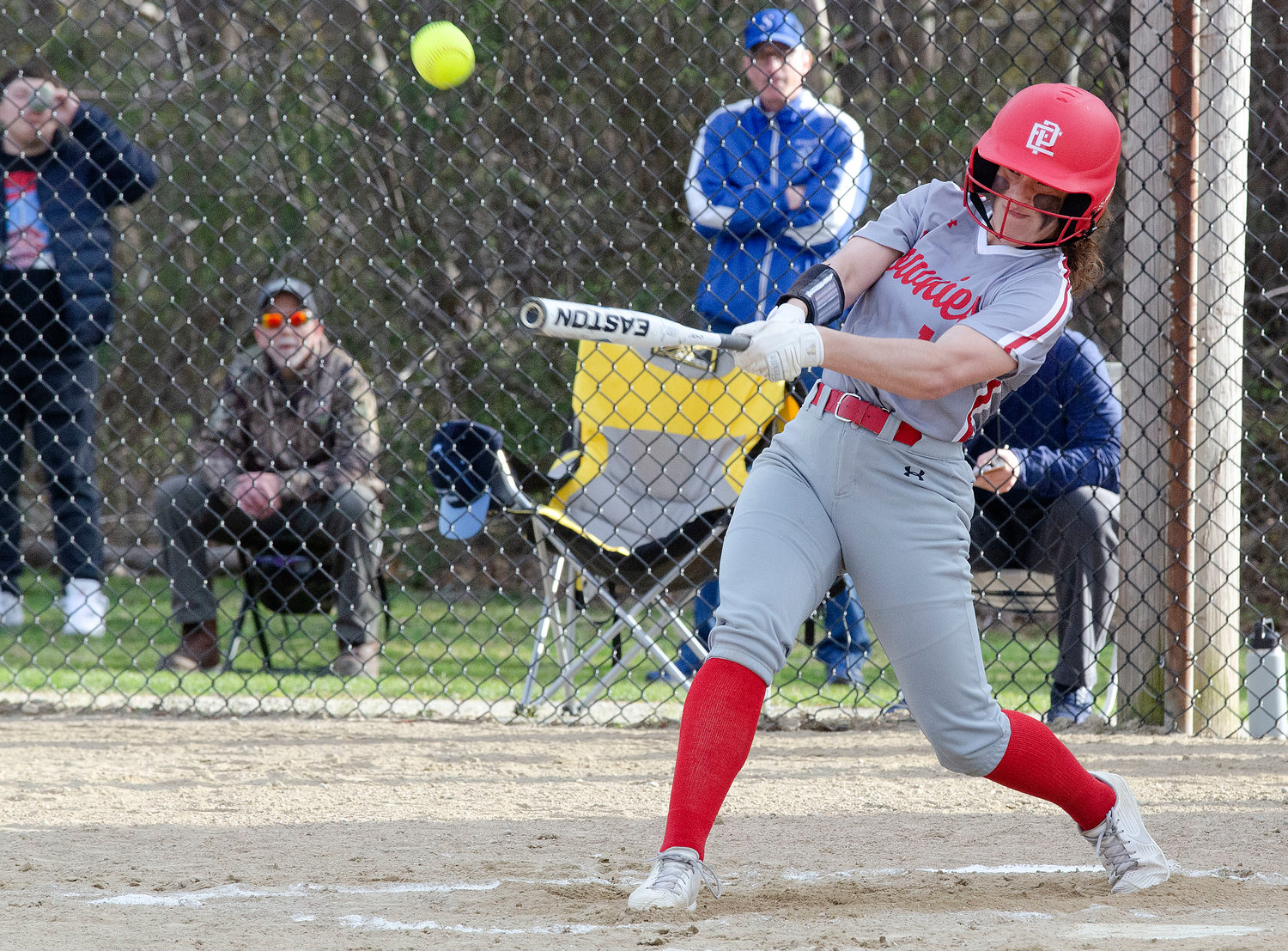 The Townies’ Sophie Patterson rips a base hit against the Spartans. 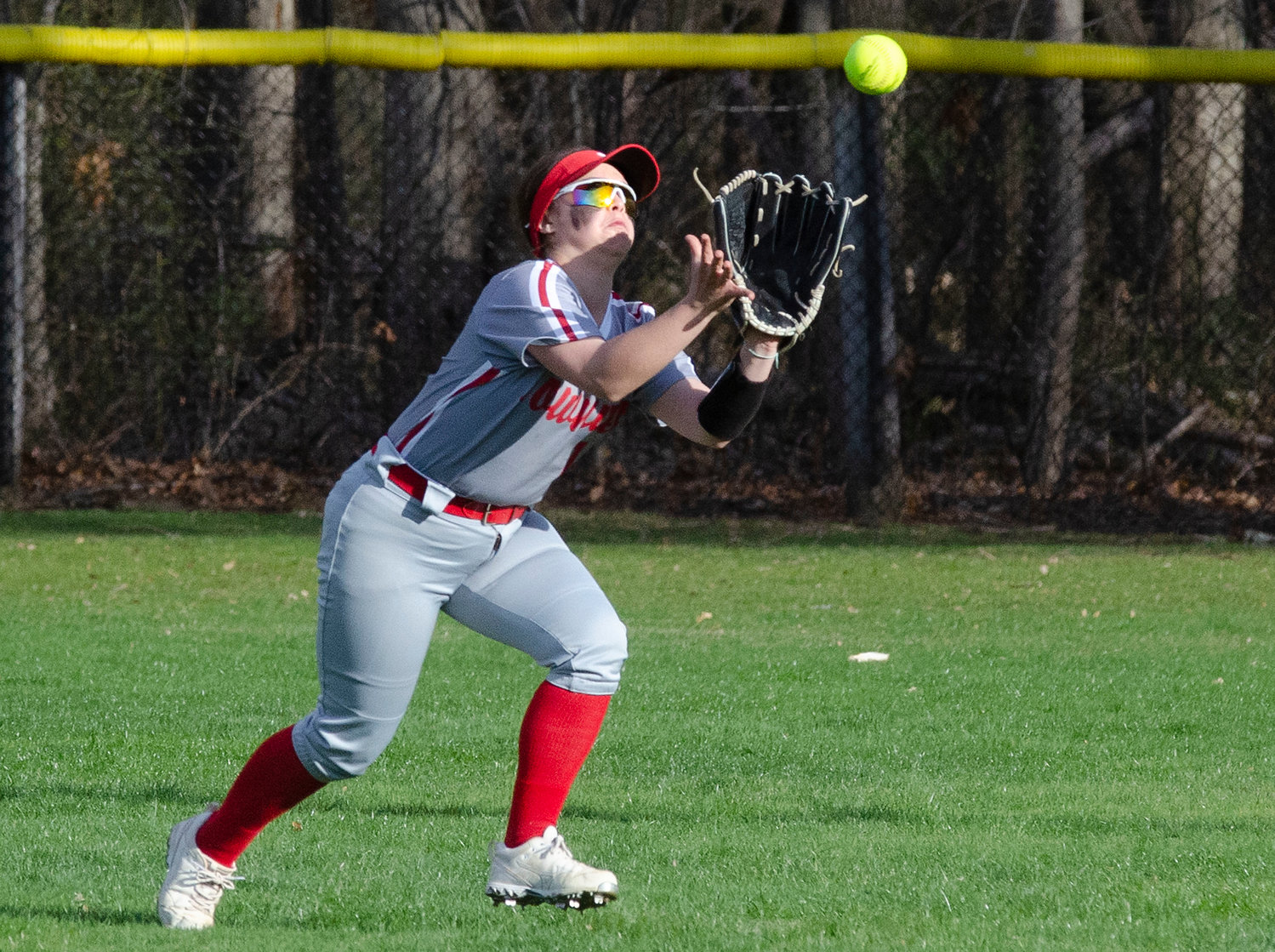 East Providence High School right fielder Abby Hollingworth makes a catch on the run for the Townies during their recent Division I outing at home against Scituate. 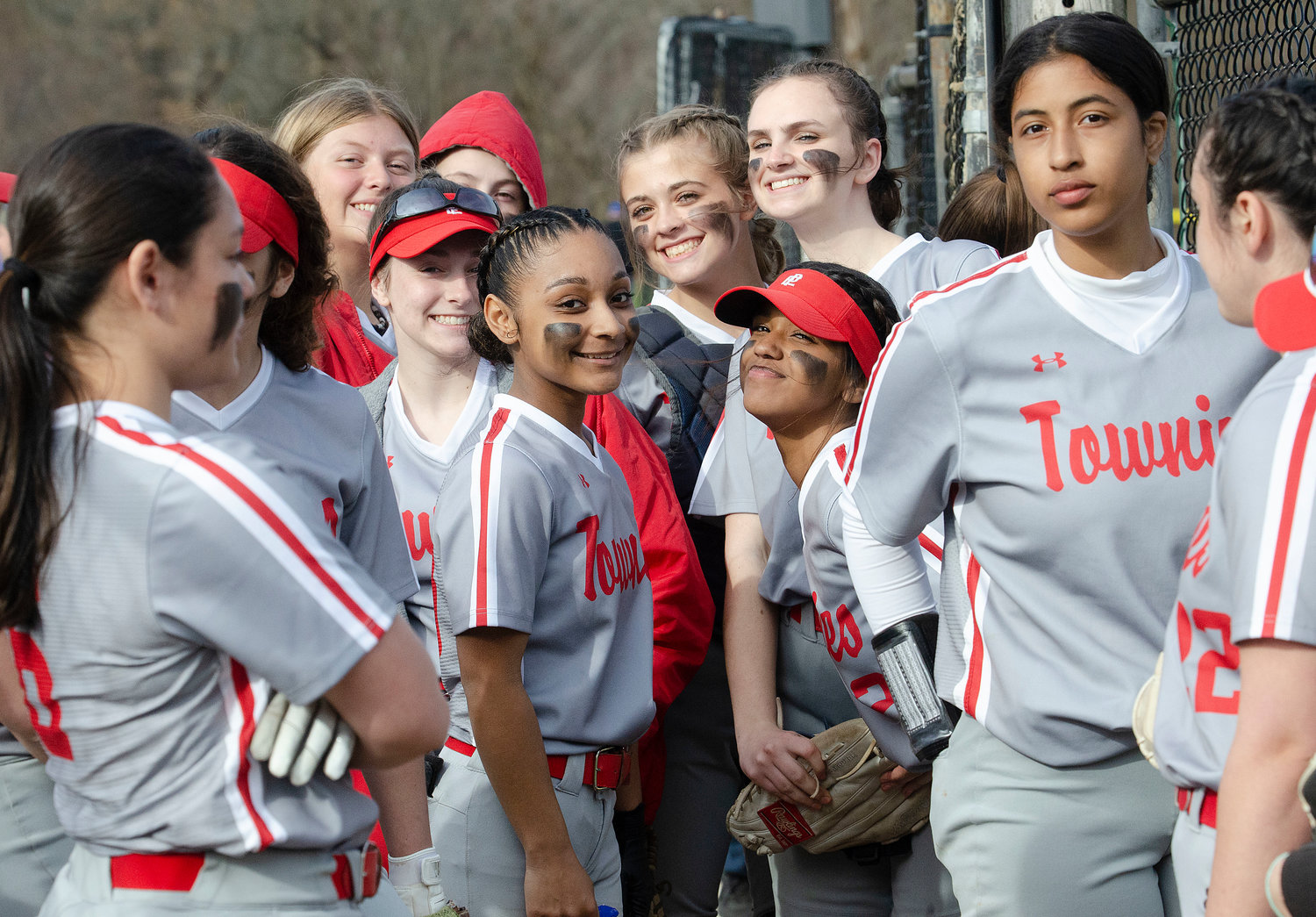 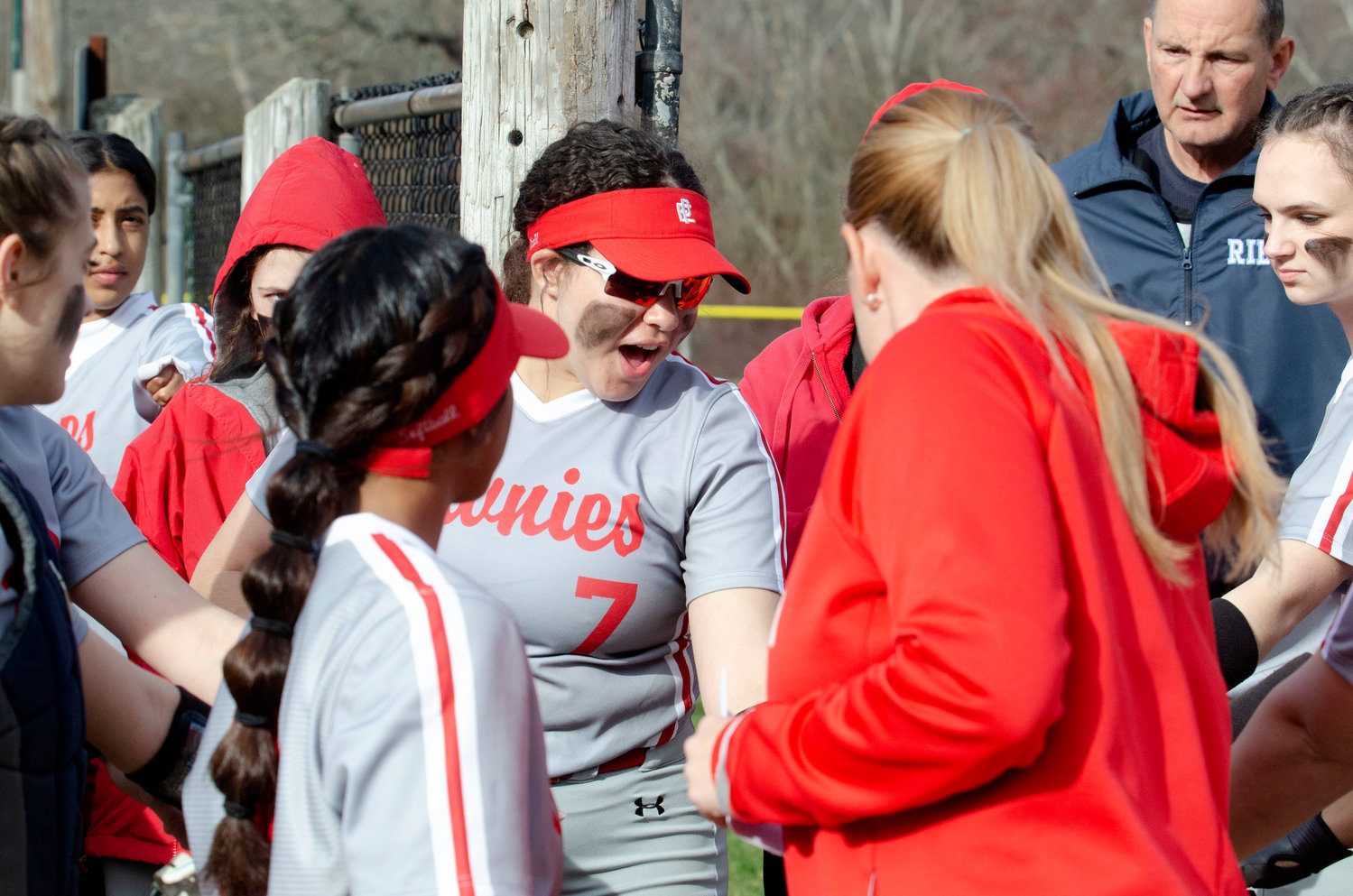 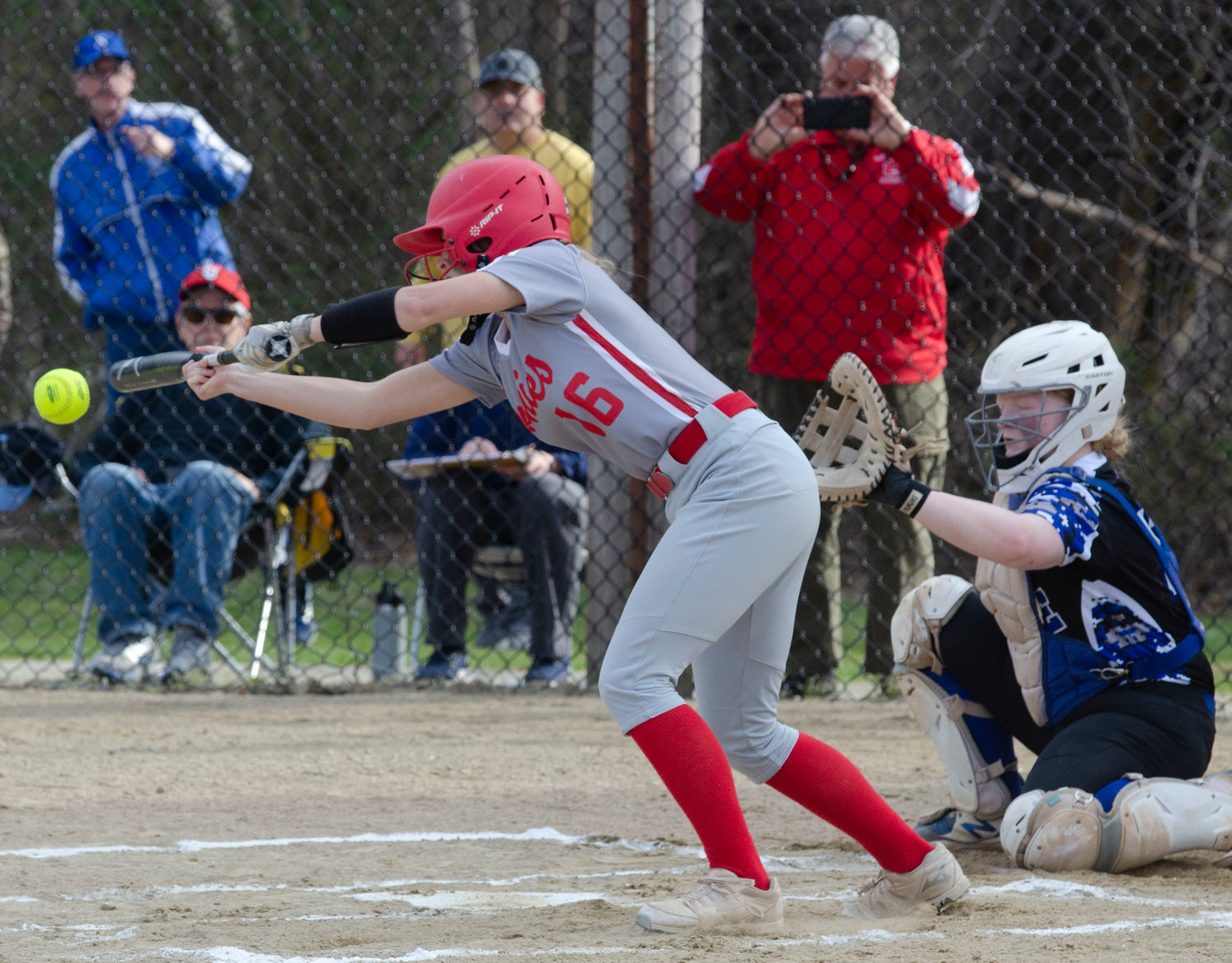 Ava Mendence attempts to bunt her way to first base. 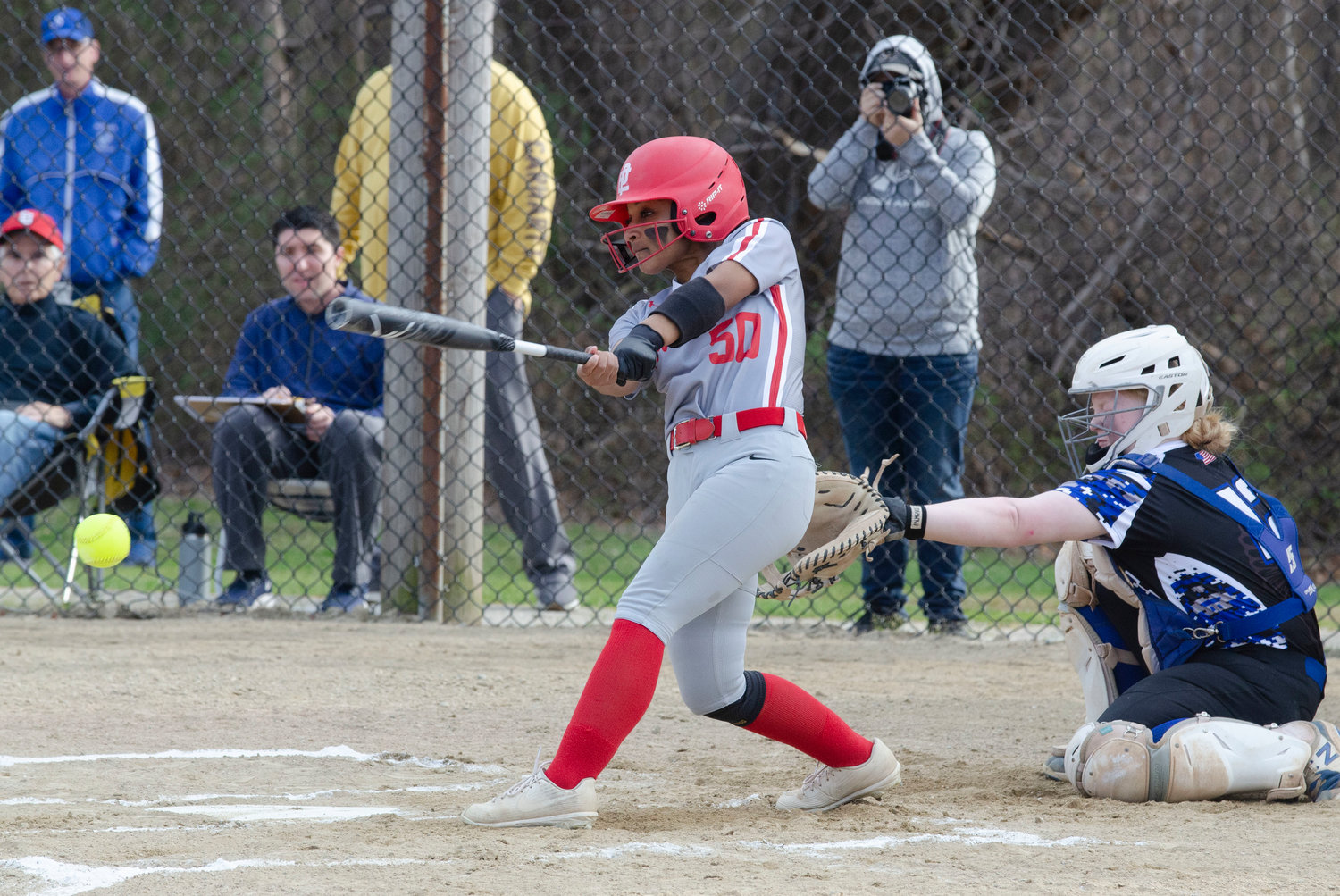 Jenett Sosa laces a grounder towards the gap. 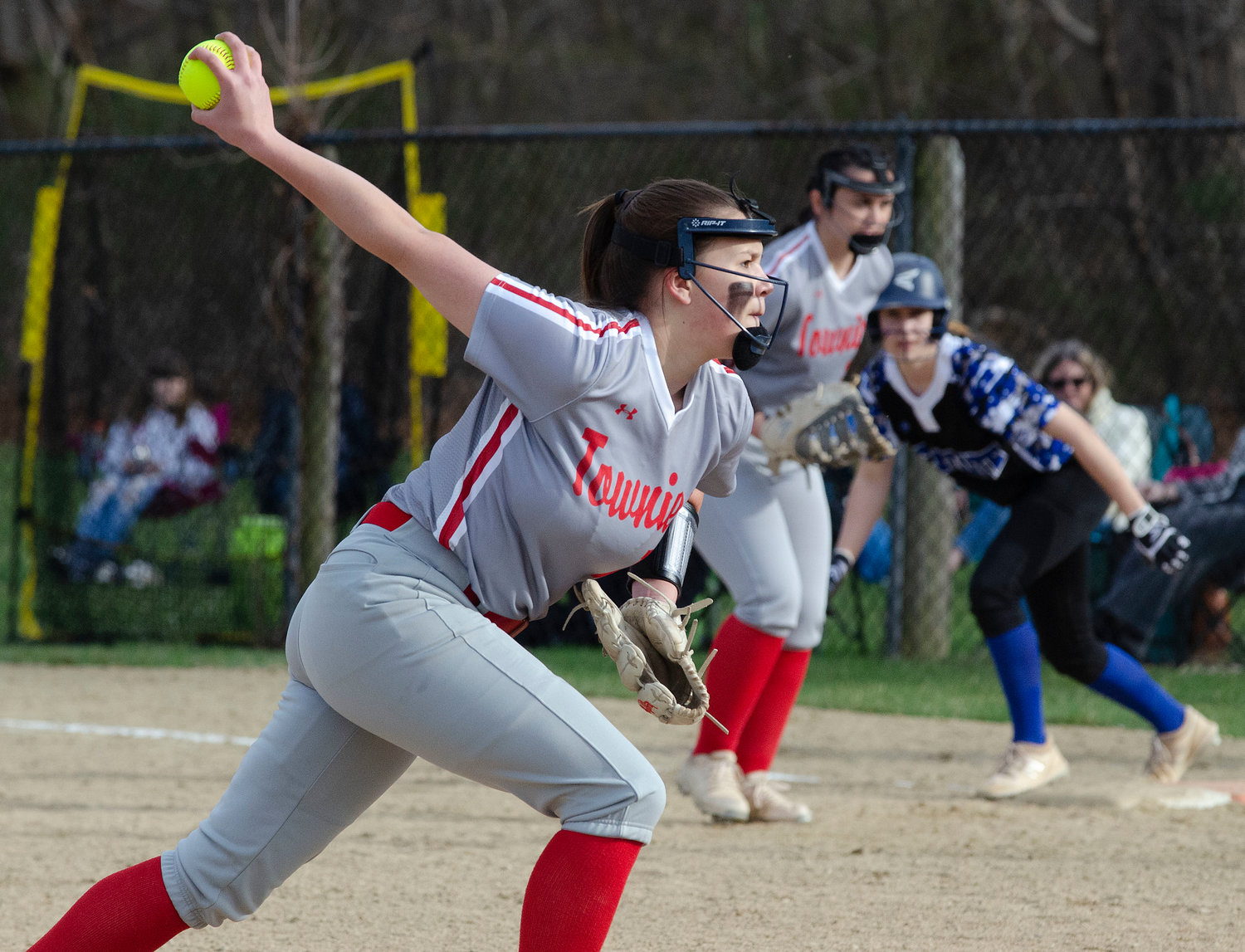 Pitcher Keira Quadros winds up to pitch during the team's game against Scituate. 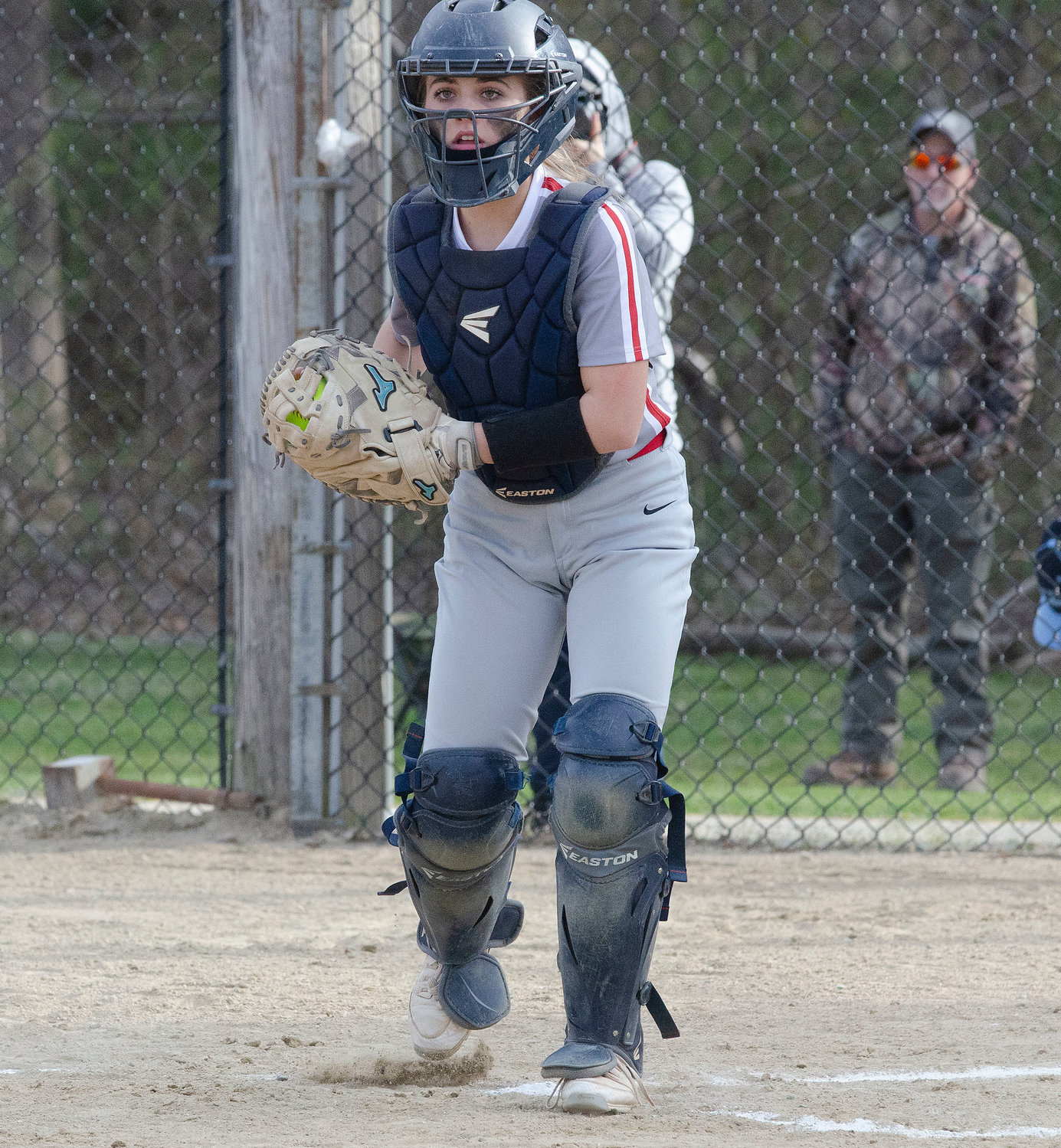 Catcher Ava Mendence looks back a runner after fielding a throw to home plate. 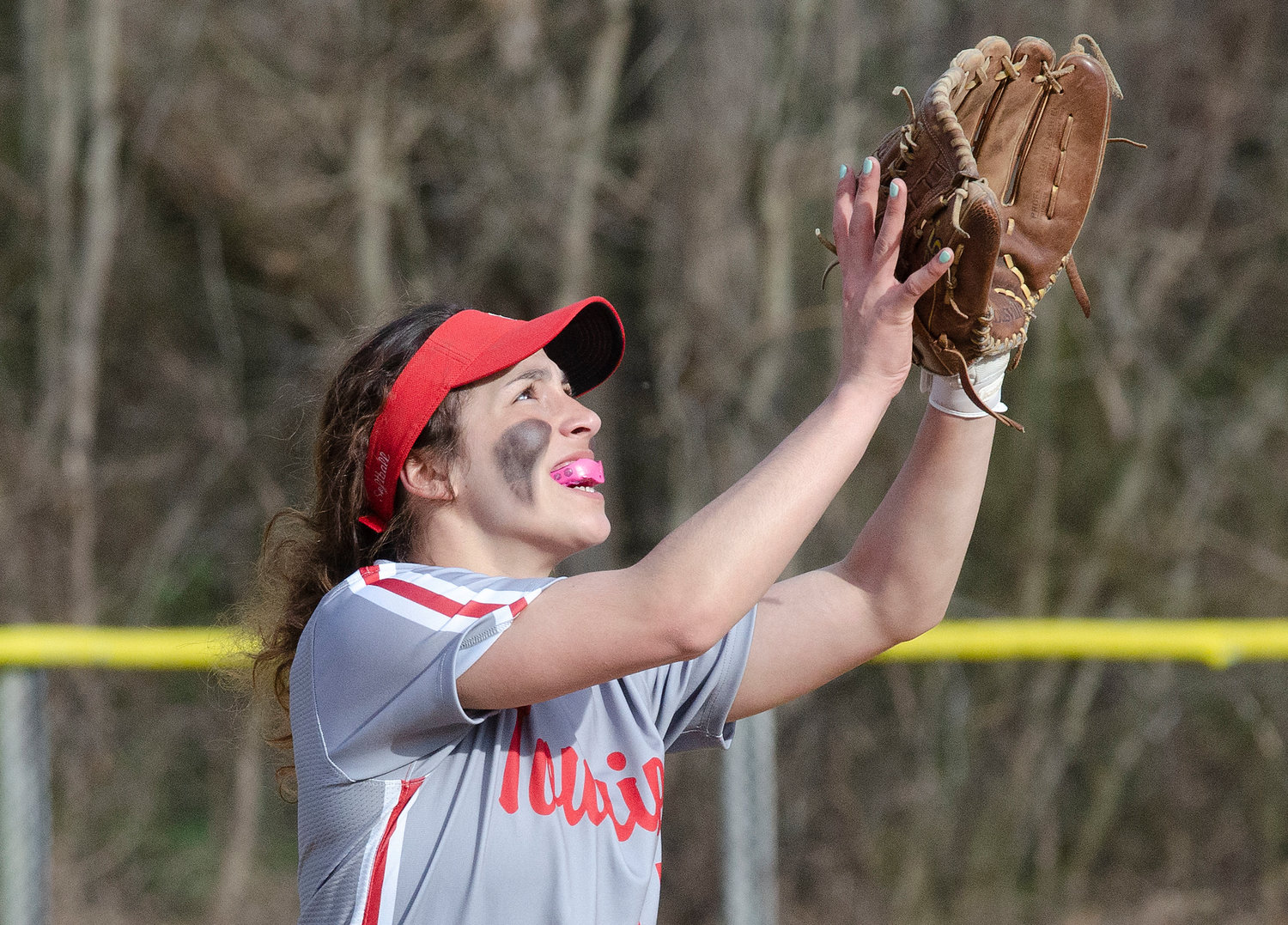 Sophia Patterson catches a pop fly during the game. 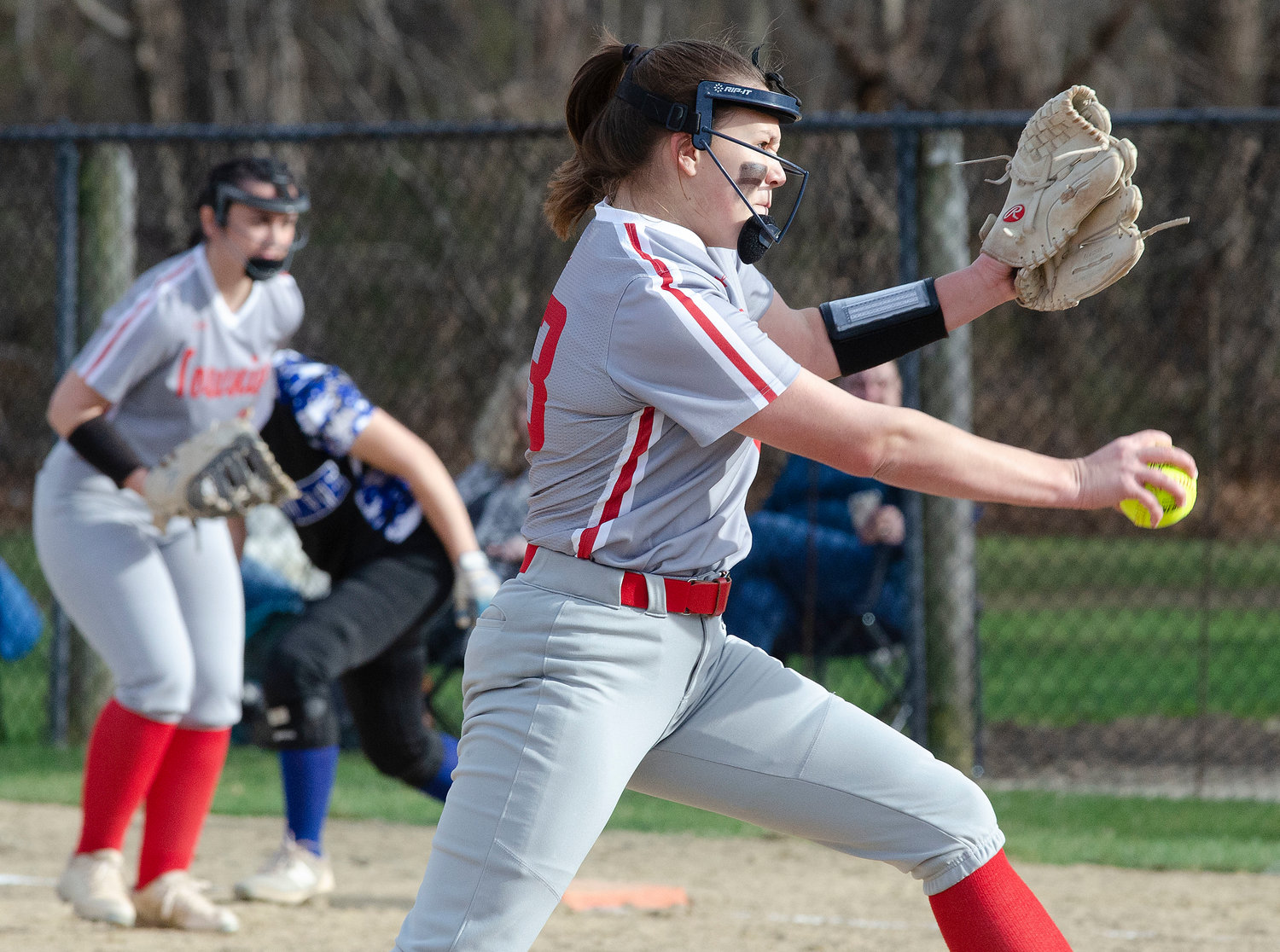 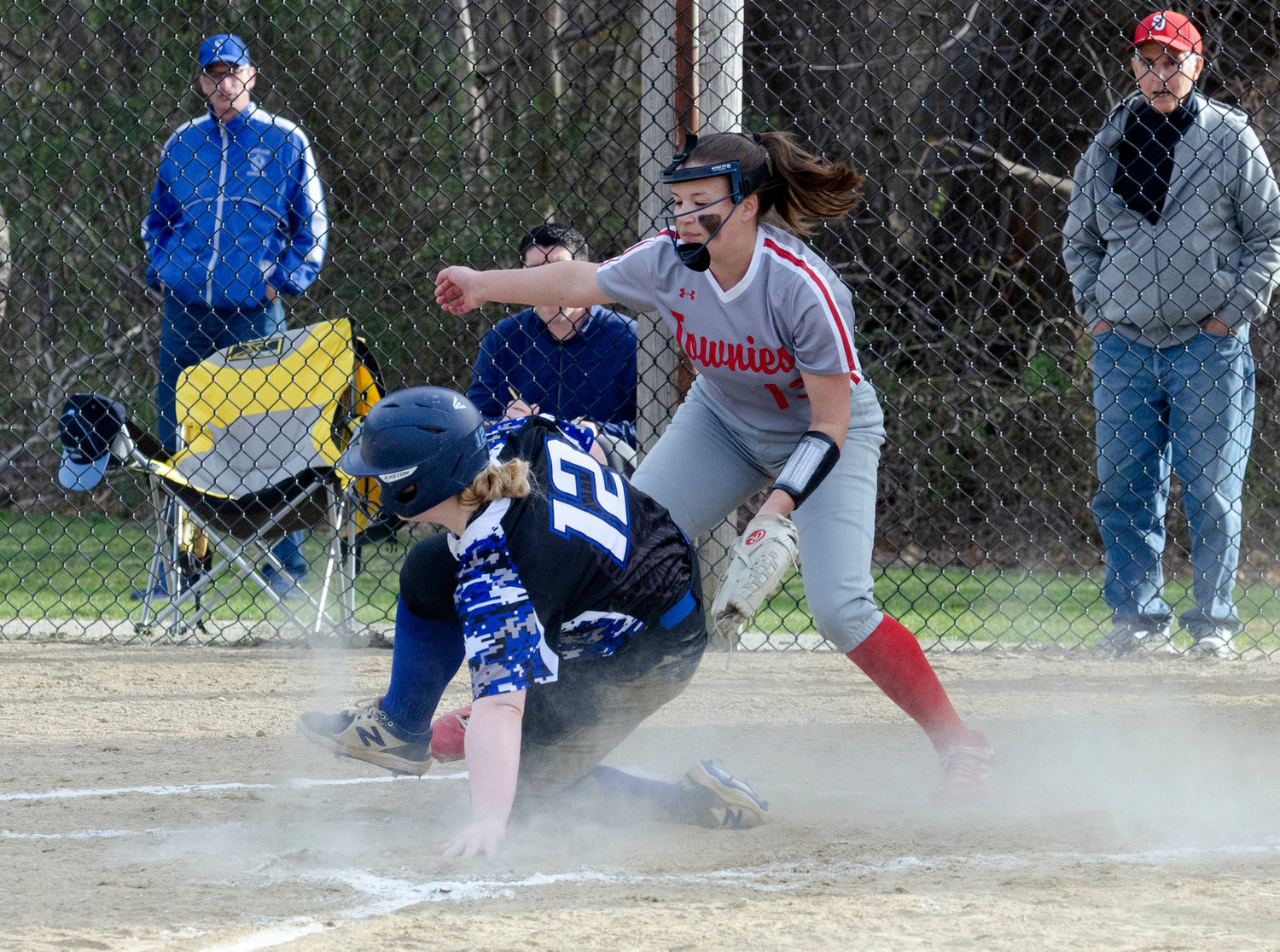 Quadros attempts to tag out a Scituate runner at home. Sophia Patterson puts on the brakes at second base. 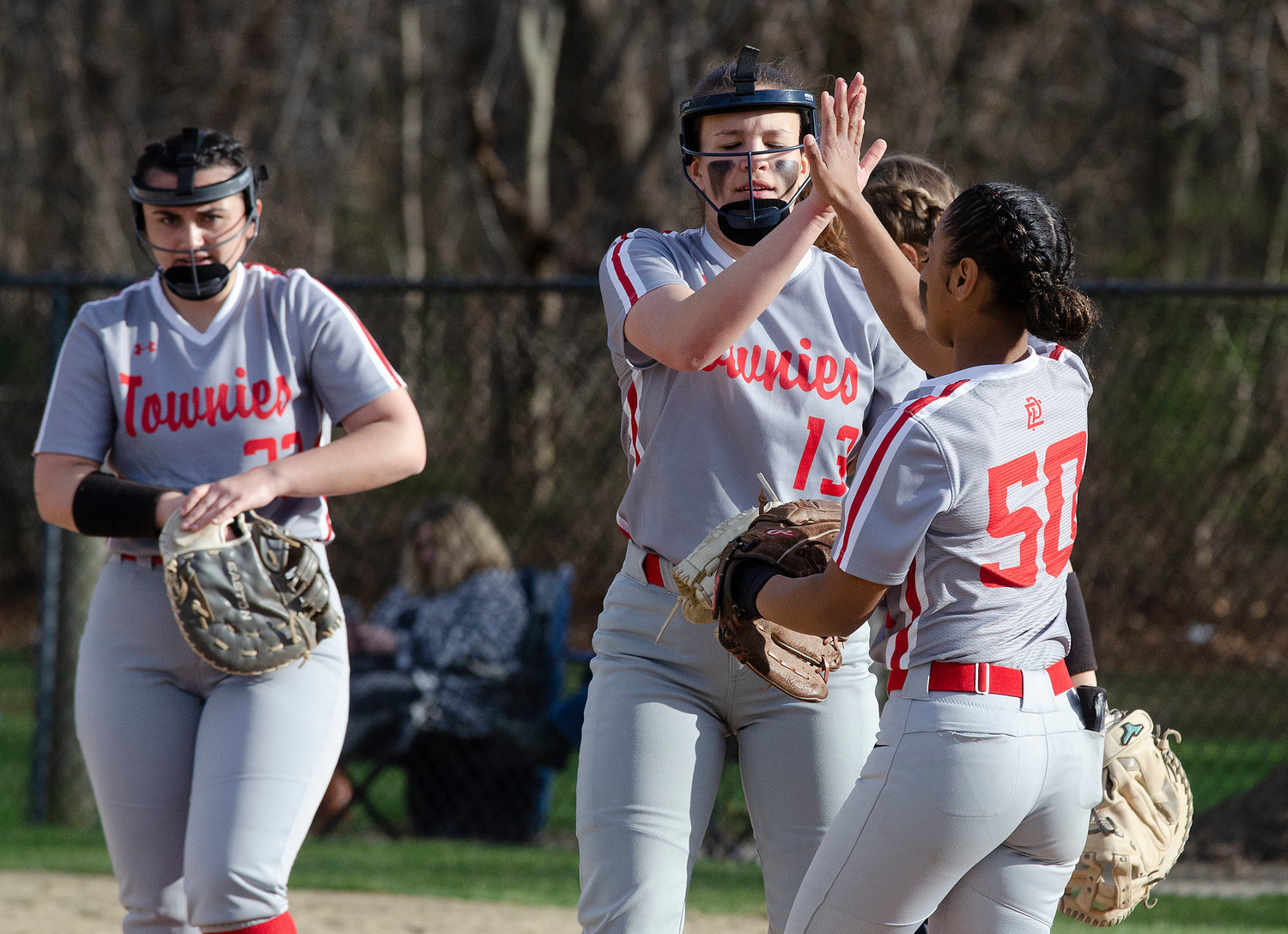 EAST PROVIDENCE  — The East Providence High School softball team got its 2022 Division I schedule going in recent days, the Townies eyeing improved results after finishing 5-7 a year ago during the pandemic-truncated regular season and falling in the single-elimination opening round of the state championship playoffs.

Returning to the fold for the Townies under the direction of third-year head coach Katie Kenehan include what she calls the “core group of upperclass contributors from the 2021 season” seniors Vianna Chamberlin, Sophia Patterson, Jenett "Gigi" Sosa, Desiree Fernandes, Abby Hollingworth, Daisy Francis, and Hailey Kaiser along with juniors Keira Quadros, Ava Mendence, Emma Bergeron, and Josley Sosa and Kayleen Kim.

“The chemistry this team has this year is undeniable. They work well together, and their energy and commitment is unmatched,” said Kenehan, a Riverside Middle School Math instructor/department head who is assisted this spring by district teacher Scott Breaux. “The girls will scratch and claw to come back from any deficit, and work hard through the last inning, regardless of the score which causes them to be a team that you can never count out.”

“I think our offense this season will be dangerous, as we have an experienced group of juniors and seniors with some power behind their bats and potential to make things happen at the plate. Communication in the field and making smart plays and decisions will be a deciding factor for us in many anticipated close games, as the competition in D-I is always fierce.”

Quadros and Patterson will share time in the circle as the main EPHS pitchers. Kenehan said Patterson will be a major contributor in infield as well, while Quadros will spend the rest of her time in the outfield. The coach expects both “to be a force at the plate.”

Around the rest of the diamond, Chamberlin is at shortstop, Gigi Sosa is the second baseman and Bergeron is at first. Mendence and Hollingworth will share duties anchoring the team behind the plate. Josley Sosa starts in left while Desiree Fernandes holds everything together in center field. Francis and Kaiser will be contributors both in the line up and on the field.

As for the season in general, Kenehan added, “I think this unique group of tenacious young ladies will make a deep run in the playoffs, and my expectation is that we improve every game, stay positive, work together as a team and are ready to bring some excitement come playoff time.”