Check closings, cancellations as a foot of snow is likely, combined with heavy winds, coastal flooding

A winter storm warning and blizzard watch are in effect as a major winter storm moves into the area Tuesday morning.

Check closings, cancellations as a foot of snow is likely, combined with heavy winds, coastal flooding 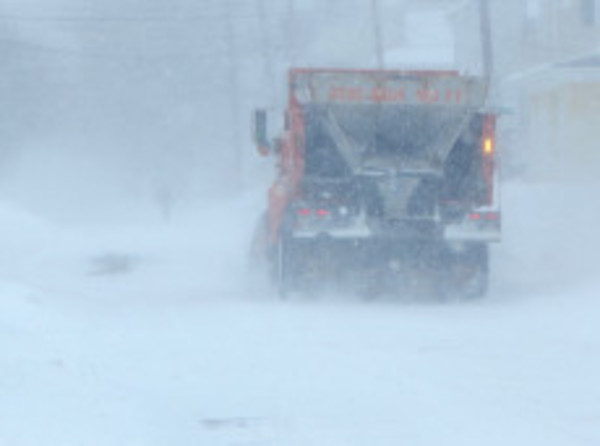 A winter storm warning and blizzard watch are in effect as a major winter storm moves into the area Tuesday morning.

An updated forecast indicates the storm has moved slightly west, which is good new for snowfall totals  across Rhode Island. Most of the state, including Bristol County, is now expected to see 8-12 inches, according to forecasters with turnto10.com, as rain is forecast to mix in with the afternoon snow, keeping the snowfall totals down.

Still, as much as a foot of snow is likely to fall in spots throughout the region when all is said and done Tuesday night. As much as 18 inches are possible if no mixing with rain occurs during the storm. It all depends on the temperatures Tuesday afternoon. Currently, high temps are expected to crest just above freezing, around 35 degrees.

The storm is expected to begin with light snow around 5 a.m. Tuesday, quickly increasing in intensity throughout the morning. Blizzard conditions are possible by late morning as heavy snow combines with strong winds to create possible white-out conditions. Sustained winds of 18-28 mph are likely, with gusts approaching 50 mph.

The snow will continue throughout Tuesday. The question is how much rain mixes in Tuesday afternoon. Without rain, as much as a foot-and-a-half is possible. With rain — which is looking increasingly likely — the East Bay is looking at around a foot, total. A couple more inches are possible Tuesday evening before the snow tapers off by 10 p.m. Light snow showers are possible overnight Tuesday into Wednesday morning, but no additional significant snowfall is expected after Tuesday evening.

The U.S. Coast Guard is warning of a flood potential along the coast as seas are expected to reach 10-15 feet at the coast; 25 feet off-shore.

"The U. S. Coast Guard Captain of the Port Southeastern New England strongly advises all mariners to seek safe haven until the storm passes," a Coast Guard release reads. "While at anchor, vessels should maintain an anchor watch and keep engines on standby. Moored vessels should double-up on mooring lines and be ready to get underway if necessary. Post-storm, mariners are advised to exercise extreme caution when transiting due to the possibility of hazardous obstructions and off station or unreliable aids to navigation."

Temperatures are expected to bottom out at 20 degrees Monday night, rising to the mid-30s during the storm before dropping back into the low-20s Tuesday night.

The Rhode Island Health Department is warning residents to play it safe during and after the storm. Risks associated with a blizzard include lack of visibility, extreme cold, slip risks and shoveling injuries.

Cancellations and parking bans are likely across the region Tuesday, and some are beginning to roll in:

Check back with eastbayri.com before and throughout the storm for more information as it becomes available.