A vandalism complaint came in from Asylum Road.

A recycling bin was reported stolen from Shipyard Lane.

A heavily intoxicated man on Sisson Street requested and received an … 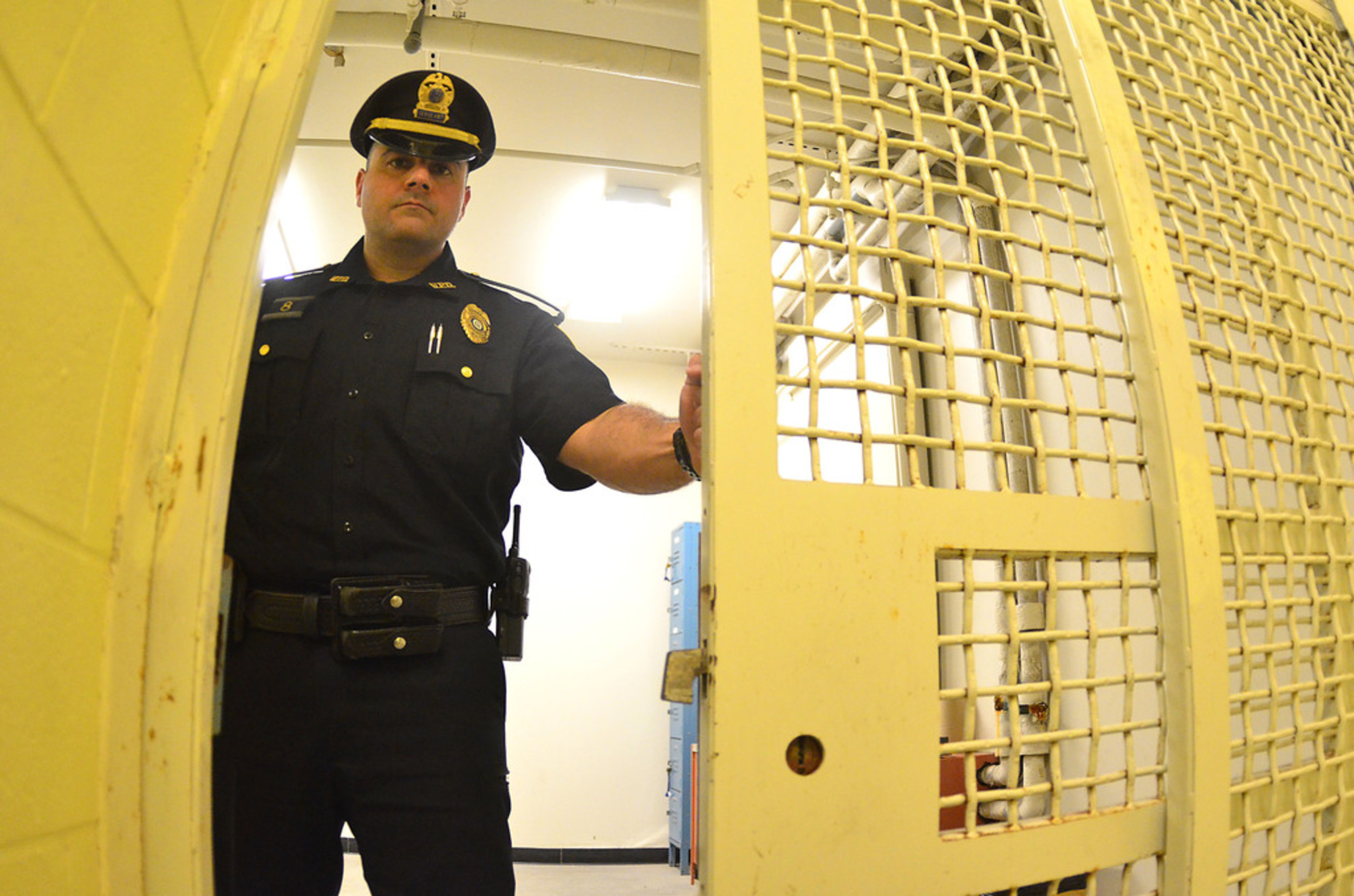 A vandalism complaint came in from Asylum Road.

A recycling bin was reported stolen from Shipyard Lane.

A heavily intoxicated man on Sisson Street requested and received an ambulance ride to the hospital.

A caller reported graffiti on the women's bathroom at the Pete Sepe Pavilion.

A Massasoit Avenue woman reported that her ex refused to let her pick up her son.

An officer spotted a large pothole on Long Lane. A note was left for DPW workers.

Arriel Guzman, 24, of West Warwick, was charged with driving with a suspended, revoked or canceled license, second offense.

A caller reported that someone took flowers and soil from a flower pot at Child and Main streets. An officer followed up and noted that the pot might have been knocked over.

A student walked out of Kickemuit Middle School just before 1 p.m., only to be escorted back in by an officer 10 minutes later.

A loose cow was spotted on Long Lane.

A caller reported juveniles listening to "loud inappropriate" music on Asylum Road. Police arrived and noted that all was quiet upon arrival.

A caller told police juveniles might be vandalizing playground equipment in Laurel Park. When police arrived, there was nobody there. Another caller reported seeing a juvenile assault an older woman soon after.

Juveniles turned in a wallet they had found.

Christopher D. Thibault, 30, of 91 Arlington Ave., was charged with driving with a suspended, revoked or cancelled license, first offense, after police pulled him over on Seymour Street at 7:39 p.m.

A caller asked that police assist with an unruly juvenile on Summit Drive.

Keith E. Kittell, 54, of 20 Union St., Apt. 1R, was charged with driving under the influence of liquor, BAC unknown, first offense, and refusal to submit to a chemical test, after he was pulled over at Union and Liberty streets at 10:24 p.m.

A Child Street woman called police at 1:08 a.m. to report that a highly intoxicated and confused woman was sitting on her stairs. Police noted that the woman's brother arrived, took custody of her and brought her home.

Police checked on the well-being of a man spotted on a Child Street bench just after 11 a.m. All was OK; he was resting.

Police were called to Croade Street at 11:11 a.m. for a civil dispute over parking. There was no problem, an officer reported.

A postal worker reported receiving constant harassment from a person on his Water Street route. Officers told him to contact them if the harassment continued.

A man who just moved to Port Charlotte, Fla., called to report that a firearm was missing. He was advised to contact police in Port Charlotte.

A Homestead Avenue reported repeated cyber-harassment of a child.

Police dispersed a group of teens who were reported running around the Pete Sepe Pavilion playground and making a lot of noise.

A caller asked police for help with tools left in the trunk of a Lyft driver's car.

The animal control officer removed and relocated a raccoon from a Market Street property.

A Joyce Street woman asked police to check on the well-being of her daughter, who she said might be under the influence of narcotics.

An anonymous caller said there was a man with a backpack yelling at people walking by on Wood Street just before 1 p.m. Police could not locate the man.

An anonymous caller said someone threw a toy through the window of a Davis Street home.

A Metacom Avenue woman complained that her downstairs neighbor was being extremely loud.

A man was reported yelling at traffic and people on Metacom Avenue just after 9 a.m.

New graffiti was found on playground equipment on Asylum Road.

The school resource officer at Kickemuit Middle School reported that a juvenile had left school. He contacted the student's father.

A passerby on Child Street was reportedly yelling and making gestures to people driving by just before 3:30 p.m. A search turned up nothing.

A caller reported that a man was speeding on Martin Street, and a second reported that the driver might be attempting to get to her house to fight with her son. An officer found no problem in the area.

Ricardo A. Cosme Tejada, 20, of Providence, was charged with driving with a suspended, revoked or canceled license, first offense, after a car struck a wall near Main and Miller streets at 7 p.m.

A caller from Norbert Street reported people using power tools at 12:30 a.m. It turned out to be National Grid workers cutting a branch that had been damaged in the high winds.

Mark W. Jennings, 34, of Providence, was arrested on a warrant for attempted larceny over $1,500 and under $5,000, and injury or tampering with vehicles.

A Birchswamp Road resident asked to speak to an officer regarding harassment.

Police got a call that people were throwing trash around on Asylum Road.

A Franklin Street woman complained that a neighbor was throwing debris into her yard.

A Main Street man reported being verbally assaulted by a woman.

A Child Street landlord relayed a tenant's concerns that someone might have tried to break into his apartment the previous night.

A caller from Child Street reported a verbal disagreement with a juvenile tenant.

Ismael R. Fofana, 21, of Pawtucket, was pulled over on Kickemuit Road at 12:53 a.m. and charged with driving with a suspended, revoked or cancelled license, first offense.