As Westport faces one of its biggest budget crises in years, members of the Finance Committee said last week that selling a possible override budget to a wary public will be extremely important in … 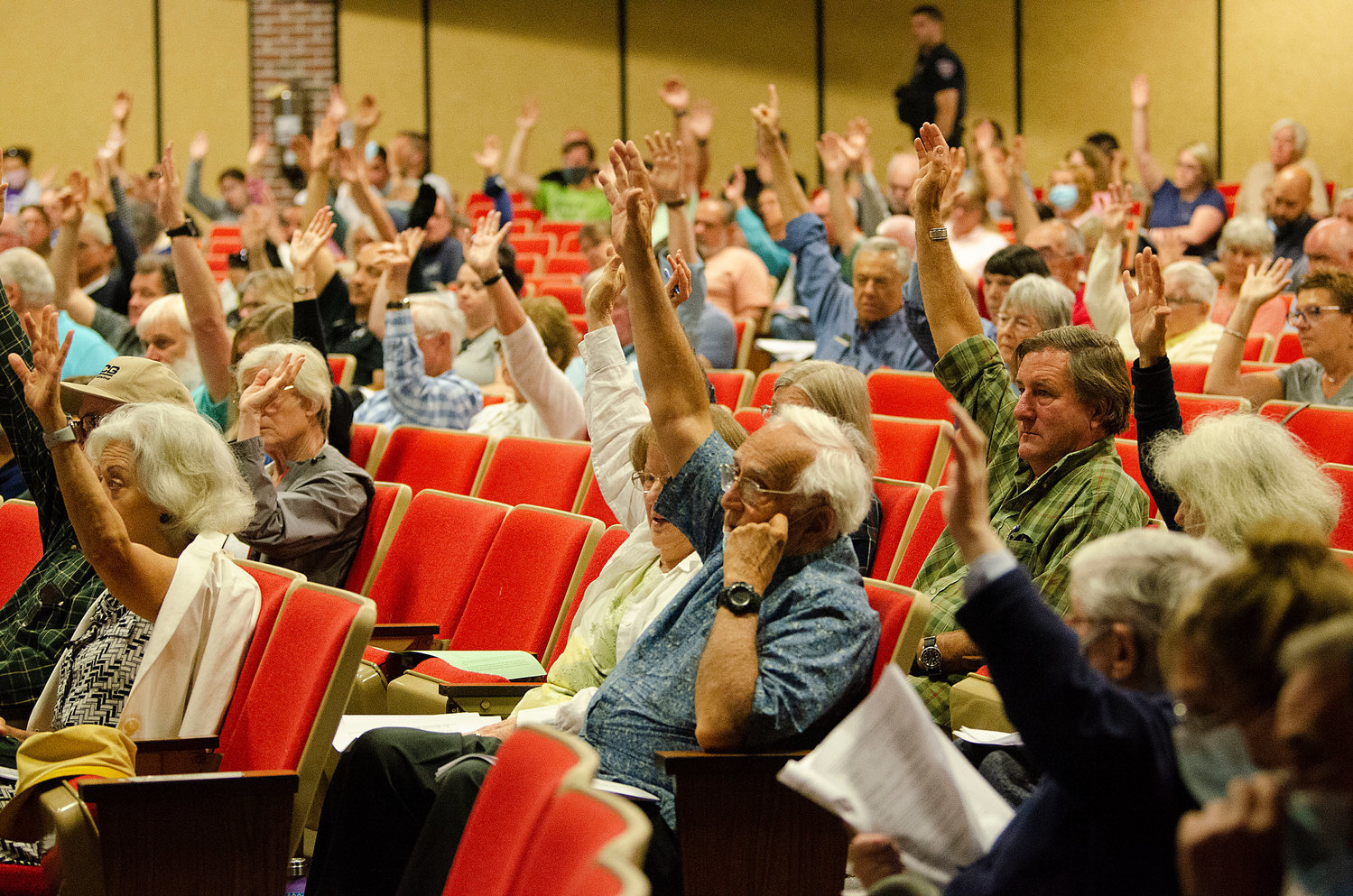 As Westport faces one of its biggest budget crises in years, members of the Finance Committee said last week that selling a possible override budget to a wary public will be extremely important in the coming weeks and months.

What is a structural deficit, and how can it be addressed? Read this document, written by David Cole of Westport

"We have urgent needs that can't be met with the existing budget and we need to identify those needs, and make the case that these can only be funded by an override" to Proposition 2 1/2, said David Cole at last Tuesday's meeting.

"The issue is (that) the voter (needs to know) that there is a consequence for him or her" if an override is presented and fails, added board member Hugh Morton.

The comments come weeks after Town Administrator Jim Hartnett presented two possible budget scenarios to the board of selectmen.

He said town spending could run anywhere from $49.775 million to $50.077 million this coming year, and likely much more once the actual school budget number is known. The lower estimate represents a budget comprised of mostly essentials from the town's various departments, while the higher figure includes requests for additional spending from department heads, apart from the baseline funds needed for salaries and other fixed costs.

Even choosing the lower budget number and assuming the school department holds steady spending-wise over last year, Hartnett predicted the town will fall at least $600,000 to $900,000 short. Once the school department presents its budget, that deficit will almost certainly grow, and could climb as high as $2 million.

The bottom line, he said: Eliminating that deficit will deeply cut into the public services currently offered by the town.

Where will it hurt?

The numbers started coming into clearer focus at last week's finance meeting, the first in several budget meetings scheduled weekly through the end of the month and possibly extending into February.

Matthew Armendo, who runs the board of health and transfer station, presented budget adjustments made by Hartnett to the proposal he had earlier submitted to the town administrator.

On the board of health side, Armendo's overtime request was reduced by $4,000, and there are also proposed reductions to equipment repair, nurse tuition and training, professional services, postage, printing, travel and other line items.

The end result, Armendo said, would be a noticeable drop in the level of service currently provided by both offices. Cuts to recycling alone would impact the station's ability to accept mattresses and tires, he said. And with other funds lacking, the station's overall service would be lower.

Finance board members had hoped to review police department and cemetery budgets as well, but delayed both until the next meeting (scheduled for Tuesday, Jan. 11, after the Westport Shorelines deadline).

Given the tough realities, board members said that if there was ever a time to propose an override budget, this is the year.

A property tax override is an action approved first by a majority vote of Town Meeting and then by a majority vote of town referendum on whether to increase the town’s property tax levy limit. Since 1980, when Massachusetts voters approved Proposition 2 1/2, municipalities have not had the freedom to increase property tax revenues more than 2.5 percent without the approval of both Town Meeting and the local referendum, and cannot set the tax rate higher than $25 per $1,000 of assessed valuation (a non-issue in Westport, which currently sets the rate at $8.62 per $1,000).

Previous attempts to float overrides have not gone well in Westport, Cole wrote in a paper submitted to the finance board and board of selectmen. While local overrides have been proposed 19 times since Proposition 2 1/2 passed, only two — one in 1994, the other in 1995 — were approved by voters.

Given previous failures, board members said there is a huge need this year to educate taxpayers on how the current budget, as proposed, would impact town services. It's not enough to ask for an override and assume taxpayers and voters will support it if only to maintain current levels of service with no extra frills, they said; what's needed is to clearly spell out the ramifications of voting against it.

"If we don't get an override, we're in trouble," Kevin Rioux said.

While there are a few hardcore residents who follow all meetings and know the town's budget intricacies, Cindy Brown said, "98 percent (of the town's population) has no clue as to the severity of this issue and what's at stake."

"There is so much lack of education and information for people out there," she said. "We need to have regular public forums with clear warnings about what's at stake here. If it means that we have to be there on a Saturday morning or a Saturday afternoon, or a Tuesday," it needs to be done.

"We only have ourselves to blame if we can't try to get this information out."

It is also important to let residents know what the override would mean to their bottom line, members said.

"I don't think we need to over-complicate this," the finance board's Karen Raus said. "A $2 million override will cost you x dollars."

Board members said that in the coming weeks, they hope to reach out to select board members and present the case for putting forward a united front behind an override. Letting residents know that the finance committee and select board are on the same page is crucial, Rioux said, as "people are going to be hesitant to go for this."

They also agreed that public education, either via informal meetings, press and other avenues, should be pursued.

Taxpayers "need to trust government (and) we as the finance committee need to be transparent. I think we're doing everything we can to do that," Raus said.