Morgan Pontagarca, of Tiverton turns to making soap, shampoo and other products as a tool for healing 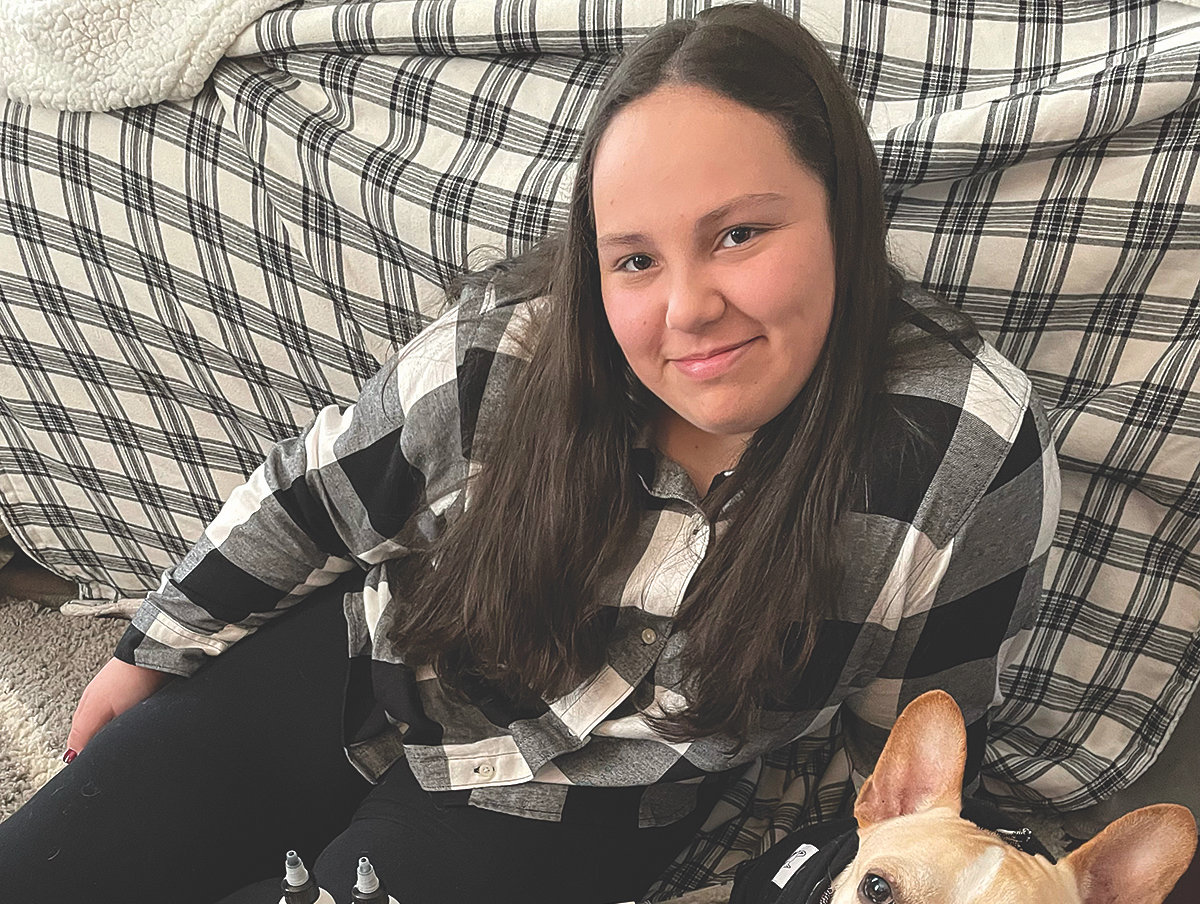 Morgan Pontagarca started making artisanal soap and other products after an accident. She is a student at the Rhode Island Connections Academy.
COURTESY LARRY CARPMAN
Posted Thursday, January 13, 2022 10:19 am
By Kristen Ray

TIVERTON – There’s the old saying that when life gives you lemons, make lemonade. Instead of lemonade, 14-year-old Tiverton resident Morgan Pontagarca is making soap to make the best out of her situation.

While living through the COVID-19 pandemic has undoubtedly been difficult for many, for Pontagarca and her mother, Tiffany Briere, the challenges began even earlier. Three Decembers ago, the pair were involved in a “tragic accident,” Briere said, leaving Pontagarca’s arm broken and pinned and Briere concussed, visually impaired and no longer able to drive.

“It’s been a rough couple of years,” said Pontagarca, a student at the Rhode Island Connections Academy.

Instead of allowing the ordeal to get her down, Pontagarca turned to an old hobby of hers, one she discovered six years ago through Rhode Island’s 4-H Club, a program that offers children and teens a hands-on education in order to learn valuable life skills. Through the club, Pontagarca learned how to make soap using goats’ milk, using the 14 goats she then owned.

“I just really fell in love with the process,” Pontagarca said.

Though she could no longer take care of the goats after the accident, Pontagarca sourced hormone-free goats’ milk locally, using that and other organic ingredients to continue making small batches of her soaps at home in her kitchen. Made using the cold-process method, the 4.5oz soap bars take 4 to 6 weeks to make, coming in a variety of fragrances ranging anywhere from lavender mint to dragon’s blood. All the ingredients, Pontagarca buys herself.

In addition to making soaps, the Tiverton teenager has experimented with other types of bath-and-body products, like bath salts and brown sugar scrubs. There also was the time Pontagarca made lip balms, though her mother said, given the mess it made, they won’t be giving that one another go anytime soon.

“It was like a disaster in the kitchen,” Briere said with a laugh.

Pontagarca has even created her own line of all-natural dog shampoos, after struggling to find something her French bulldog (whom Pontagarca’s business is named after) wouldn’t react to.

“She’s like a walking allergy,” Pontagarca joked.
In the past year, Pontagarca began selling her products under the name Doodles Designs, named after her French bulldog. She attended farmers markets and craft fairs; sold online through Facebook Marketplace and other local groups. Her products can now also be found at Gray’s Ice Cream and OPT Physical Therapy in Tiverton. Yet making a profit is not a big concern for the teenager; doing something that she loves, that takes her mind off her challenges and frustrations, is more than valuable enough for Pontagarca.

“Whenever I get aggravated or am having a rough day, I just make something,” she said. “It just makes me feel better.”

For Briere, it’s been heartening to see her daughter accomplish so much in the face of so much adversity over these last couple of years.

“To see her succeed and do something, it’s kind of like gratifying, you know?” Briere said.