The Warren Land Conservation Trust is offering a unique fundraising event on Monday, Aug. 23 from 7-10 p.m. that will take passengers on a moonlit picnic cruise aboard the Prudence Island Ferry. 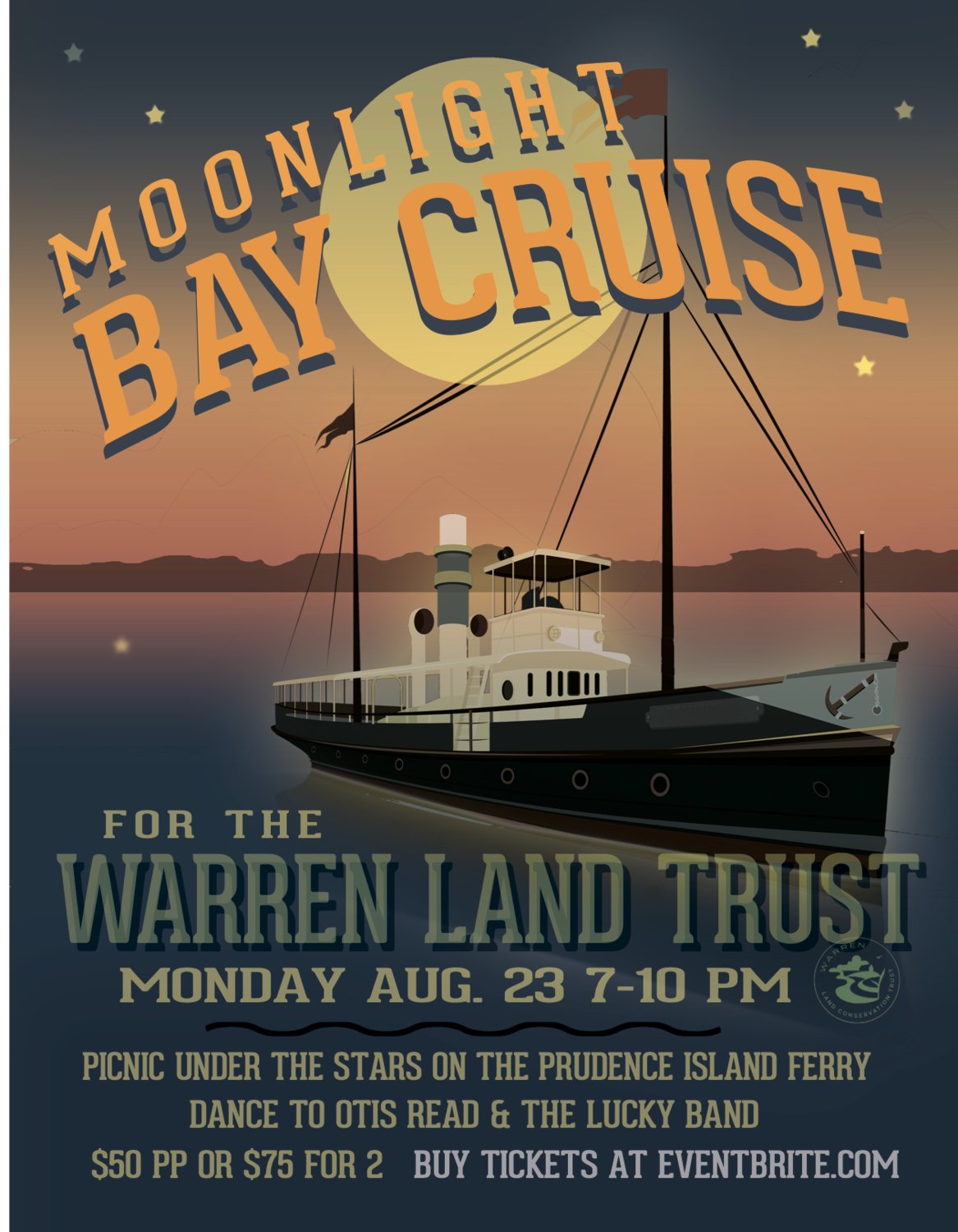 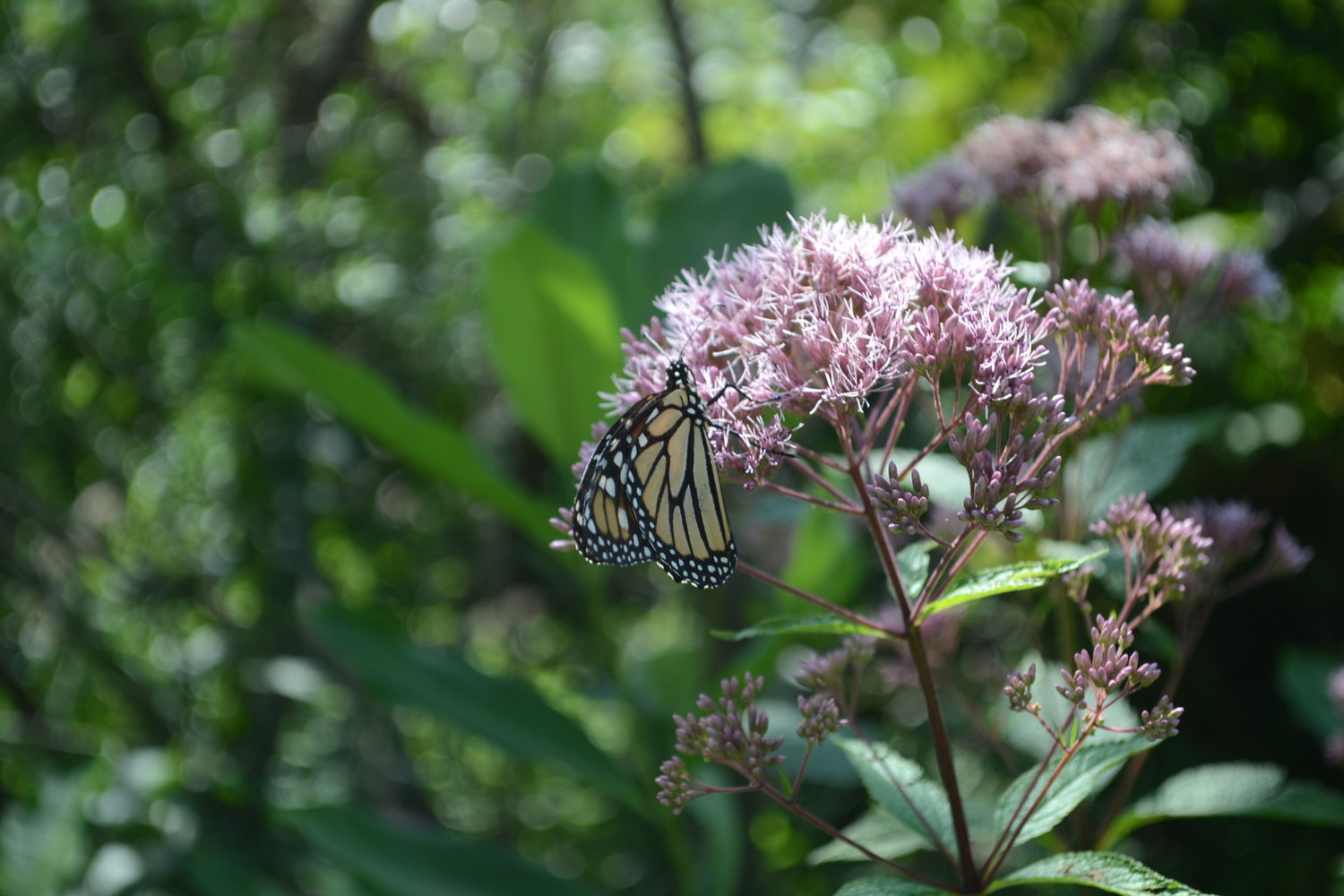 The event will raise money to enable the group to create more oases of open space, such as the Haile Farm Preserve (pictured), where you can view wildflowers, monarch butterflies and a beautiful view of the river despite being just off the beaten path of society.
Photo by Ethan Hartley
Previous Next
Posted Wednesday, August 18, 2021 11:47 am
By Ethan Hartley

Whether you’re the type of person who enjoys a picturesque view of the water or a relaxing walk on a peacefully wooded trail, if you’ve hunted for a nice slice of nature off the beaten path in Warren then chances are you’ve been a beneficiary of the hard work of the Warren Land Conservation Trust (WLCT).

And if you feel so inclined to give back to the local nonprofit, they are offering a unique fundraising event on Monday, Aug. 23 from 7-10 p.m. that will take passengers on a moonlit picnic cruise aboard the Prudence Island Ferry. There will be live music courtesy of Otis Read and the Lucky Band, as well as the local Warren folk duo Atwater & Donnelly.

Tickets are $50 per person or $75 for a pair. Guests are asked to bring their own refreshments and a light jacket, as well as a folding chair to enjoy the evening. A rain date is scheduled for the following night, Tuesday, Aug. 24.

“The idea is to let people know what the Land Trust is about and what some of its current projects are,” said Michael Gerhardt, former WLCT president and current member of the WLCT Board of Trustees, as well as the Warren Planning Board. “It should be an enjoyable evening assuming the weather cooperates.”

You can buy tickets here, or via the WLCT website.

What your money goes towards

Since 1987, the WLCT has made it their mission to safeguard hidden gems of nature throughout the community from encroaching development — indefinitely. Additionally, they actively pursue the donation or procurement of land to then convert into publicly usable resources of outdoor enjoyment.

Some examples of their public use success stories include the popular Jacob’s Point Preserve on the border of Bristol near the East Bay Bike Path. More recently, a donation of 55 acres from the Town, and through collaboration with Boy Scout Troop 25, has resulted in Haile Farm Preserve, a 2.5-mile walking trail just off Route 136 near the border of Swansea, which takes hikers through a surprisingly desolate wooded area into the marshy area on the banks of the Palmer River with great water and wildlife views.

In the last few months, the WLCT acquired land on Market Street from Karen Burns of Westport, Mass. They have dubbed the 24-acre piece of land “Sowams Meadow Preserve,” in honor of the traditional Native American name for the expansive area that was used prior to English colonization, which comprised areas of modern-day Warren, Bristol, Barrington, and East Providence; as well as parts of Seekonk, Rehoboth, and Swansea, Mass. More walking trails are planned to be implemented here.

Mr. Gerhardt said that the WLCT has plenty of big plans on the horizon as well, including an exciting opportunity to develop a continuous green strip along the Palmer River from the Swansea Country Club all the way down to Belcher Cove.

“It’s a real possibility,” he said.

Learn to Row Day set for June 4 in Warren