Magee, John Russell: “Capt. Saggy” of Warren and formerly of Barrington, RI passed peacefully on July 15, 2021 at the age of 85. He was predeceased by his wife Mary Lou Teegardin Magee in … 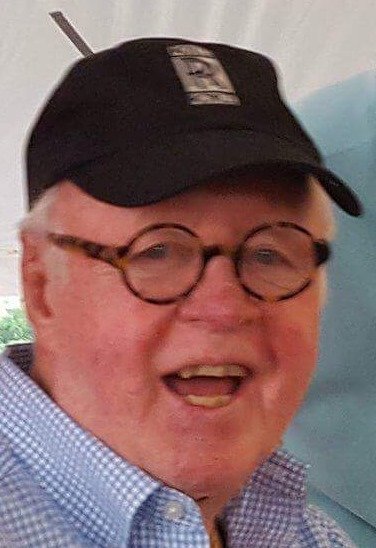 Magee, John Russell: “Capt. Saggy” of Warren and formerly of Barrington, RI passed peacefully on July 15, 2021 at the age of 85. He was predeceased by his wife Mary Lou Teegardin Magee in 2016. John was born in Newton, Massachusetts, the 4th of 6 children born to William Francis Magee and Kathryn “Kip” Jenkins Magee.  The Capt. is survived by two daughters, Shawn Elizabeth Magee of Barrington, and Susan  Ellen Schofield and her husband Jeffrey of Duxbury, MA; four sons, John R. Magee, Jr. and his wife Kelly of Chester, CT; Kevin F. Magee of Hyannis, MA; Michael J. Magee of Warren; Matthew  J. Magee and his wife Michelle of Cranston.  Gumpy to 12 grandchildren; Austin, Kathryn “Kate,” Patrick, Cole, Cameron, Grant, Corinne, Dylan, Andrew, Madelyn, Grace and Matthew.  He is survived by siblings Melinda Rooney of Westwood and Jeffrey Magee of Framingham, MA.  He is predeceased by William, Robert and Martha.

John was a hardworking man, who at a young age developed many interests.  Learning to sail on the Charles River, he began what was an amazing tale of sea and land.  A gift of engaging with people, his working career included working as a shoe shining boy; selling Collier Encyclopedias; owner of the Countryside Construction Company, where he helped build sections of the Mass Pike; onto selling x-ray film for Eastman Kodak Company; selling boats for Bristol Yachts on the weekends while with Kodak; and finally acquiring his brokerage license to be a successful investment broker with Paine Webber and A.G. Edwards, where he developed a special relationship with Anchor Capital Advisors. His working career brought Mary Lou and John from Newton, MA to Rochester, Utica and Syracuse, NY, onto Barrington, and eventually to Warren, RI.

Sailing was a gift he shared with his children as a young family, along for his love for automobiles. Acquiring cars at a young age, his fleet constantly changed much to his delight. During his lifetime he was forever in motion; sailing with his family in Narragansett Bay, the Elizabeth Islands, Buzzards Bay, the coast of Maine, Bermuda, Ireland, England, the Caribbean and an adventure sailing the Northwest Passage with dear friends from Ireland. Owning a variety of boats, they grew with his success.  His most memorable vessels included Clione and the sailing motor vessel Sea Fox, restoring her to all her glory with adopted family member Tony Finocchiaro.   He eventually began traveling on his motorhome from Rhode Island, Canada, across country to the Grand Canyon, Oregon and British Columbia always landing in Sarasota, FL for the winter. Occasional trips to Ireland were among his most favorite travels. His travels brought him near and far and a friend he met along the way, was a friend he kept dear in his heart. He continued his friendships to his last day with dear childhood friends, along with those throughout his life.

John received his greatest joy traveling with Mary Lou ”M.L” by his side. His children and grandchildren were his pride and joy, each capturing a special trait and continuing his legacy.

He was a member of various organizations. Among his favorites were the Barrington Yacht Club, the Irish Cruising Club of America, the New York Yacht Club, Rolls Royce Owners’ Club, Rochester Yacht Club, the Foretravel Family Motor Coach Association, and of course the Warren Dinghy Club located at the Foot of Baker Street.

Services will be held on Wednesday, July 21, 2021  with calling hours from 9:00 to 11:00 a.m. at Smith Mason Funeral Home, 398 Willett Avenue, Riverside with a Mass of Christian Burial following at St. Luke’s Church, 108 Washington Road, Barrington at 11:30 a.m., burial will be at Forest Chapel Cemetery immediately following.  Please visit smithmason.com for online condolences

Showing of "The Princess" at The Elms