A small but rich and strategically important piece of land surrounding upper Angeline Brook could soon be saved in perpetuity, thanks to a joint effort of the Town of Westport and the Buzzards Bay … 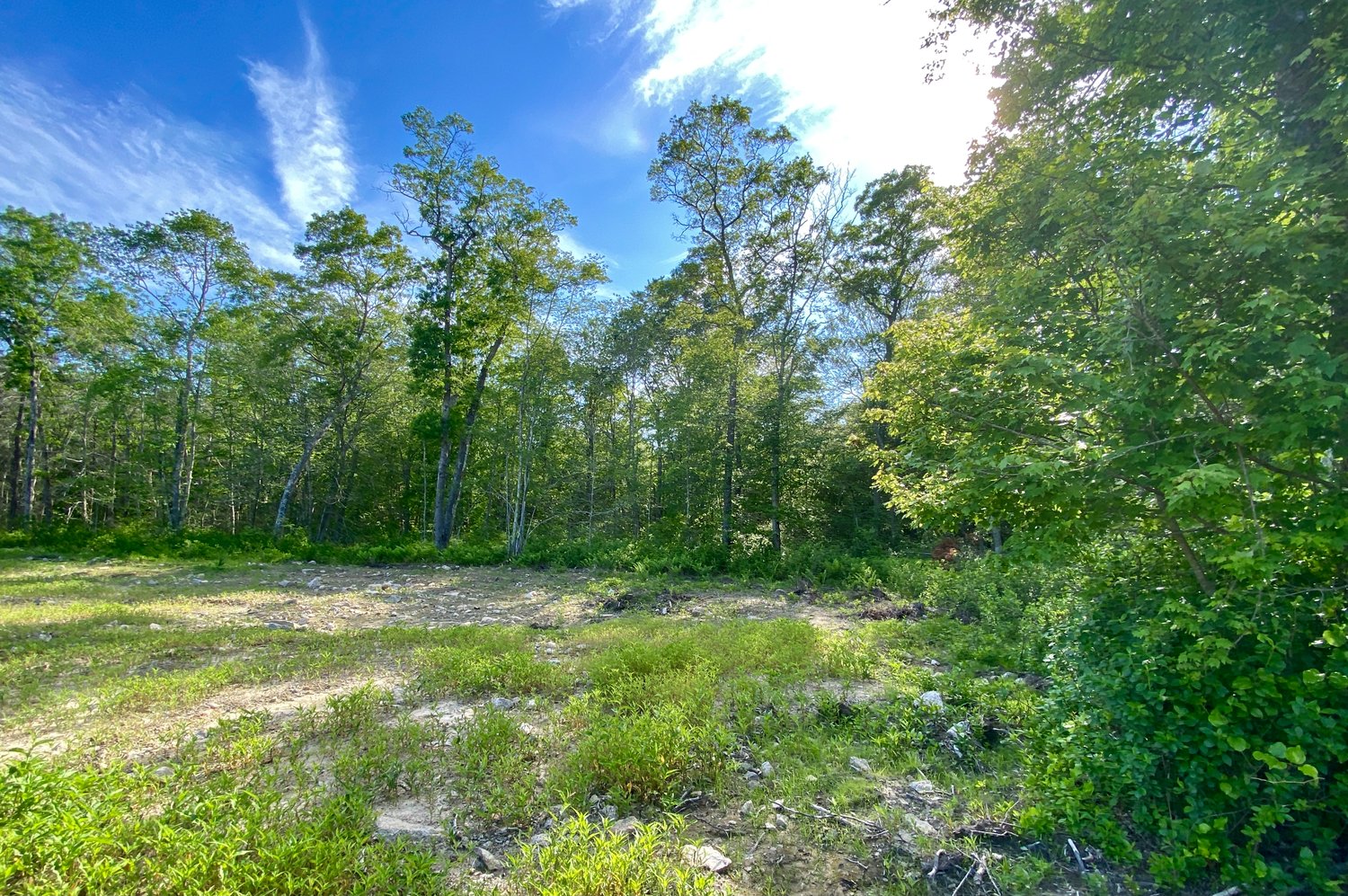 Angeline Brook can't be seen from Meadowbrook Lane, but lies just to the west of the cul-de-sac through the woods.
TED HAYES
Posted Friday, June 10, 2022 3:11 pm
By Ted Hayes

A small but rich and strategically important piece of land surrounding upper Angeline Brook could soon be saved in perpetuity, thanks to a joint effort of the Town of Westport and the Buzzards Bay Coalition.

The 25.6-acre parcel lies west of Meadowbrook Lane and encompasses part of Angeline Brook. Voters approved a $211,000 warrant article at last year's Town Meeting to purchase a conservation easement on the property, and the last parts of that deal are currently being worked out. If all goes as planned, the coalition's Alan Decker said, the land's purchase and conserved status could be finalized by some time next month.

Decker said the brook is a tremendous resource and is also strategic, as it straddles and abuts other conserved areas owned by the coalition and other entities. With all joined together, and trails eventually blazed through the property, he believes Angeline could be a key in opening up previously inaccessible patches of forest to nature lovers here and beyond.

"What's special about the brook is that it is designated as a coldwater fishery resource," he said. "That simply means that Angeline actually supports a native population of trout; there are just a handful of these types of streams left. That's our particular interest, in trying to protect the resource — not only the brook but the habitat they need to keep the native population going."

The deal will work like this, if finalized in the coming weeks:

Once the coalition closes on the property itself, the town would purchase a conservation restriction from the coalition for $211,000. The town would initially pay for the restriction with funds approved at last year's town meeting and would then be reimbursed half that cost, $105,500, by the Commonwealth of Massachusetts, which would act as an intermediary between locals and the ultimate grant funding source, the National Parks Service. Since that grant requires a 50 percent local match, the coalition would reimburse Westport for the other 50 percent of the cost of the restriction.

Westport Town Administrator James Hartnett told the select board late last month that he had recently received word from the state that the grant funding has come through, "at long last," and that the deal could now go forward.

There is still more to do.

Once that's done, coalition officials plan to blaze trails through the property and perhaps install a small trailhead and parking area at Westbrook.

Since the land is quite overgrown and wet in areas, Decker believes it might be necessary to install "bog boards" — small raised areas — and small bridges to traverse some of the wetter patches, if it turns out that trails can't be blazed around them. In any case, he said, the land will be more accessible than it currently is. That's good for the public's enjoyment of the land itself, he said, but also for its access to other protected lands that abut the 25-acre stretch.

"When we make this acquisition I think we're going to have a significant acreage and it'll become a named" preserve.

As for the trout?

"If anyone is interested in trying to hook one of these elusive brook trout, that's probably part of the allure," he said. "I'm not a fly-fisherman but I understand it's quite difficult."