Members of the Barrington United Veterans Council were a bit surprised to learn that town officials are spending nearly $5,000 to organize this year’s Memorial Day parade. 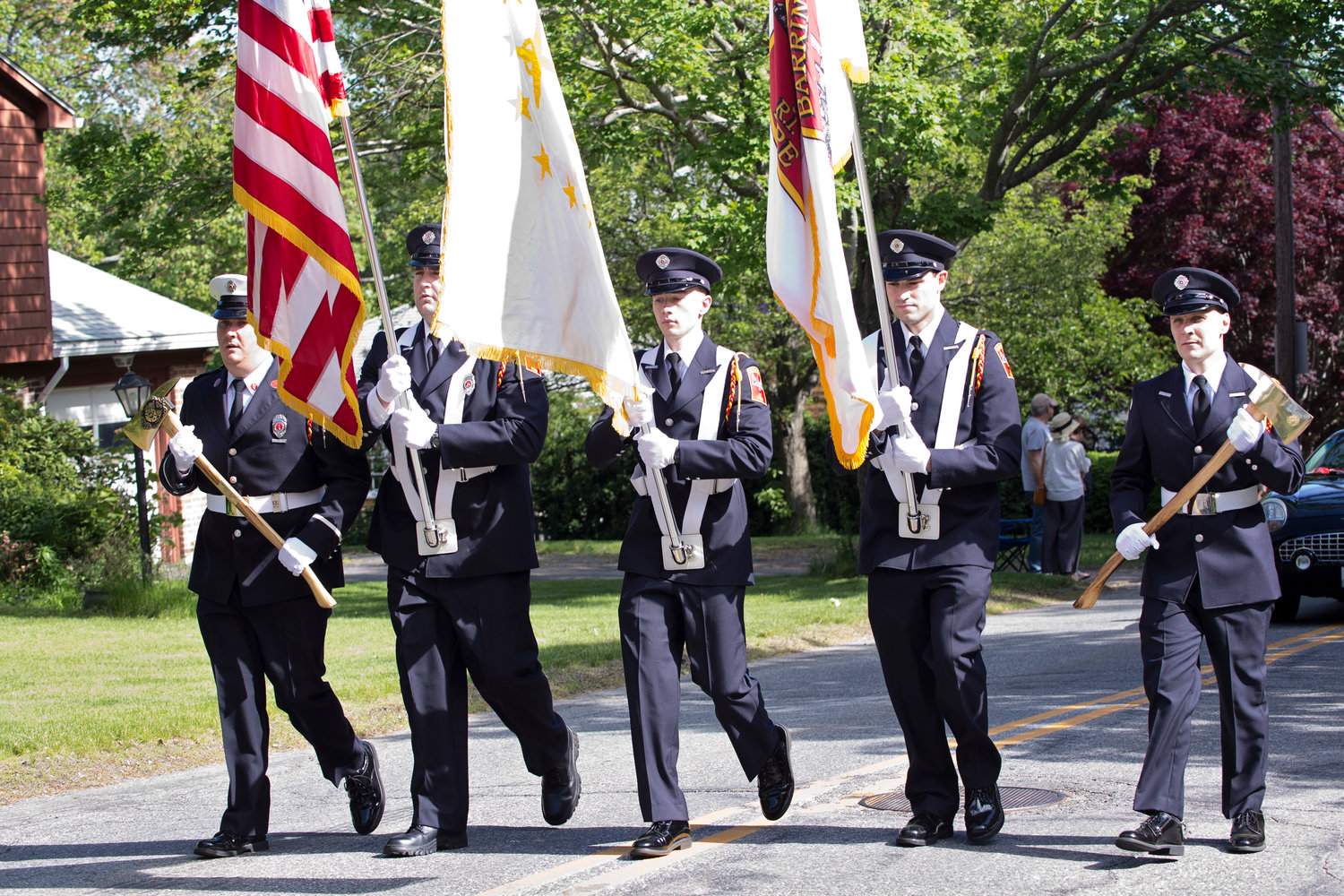 Members of the Barrington Fire Department march along Upland Way during a previous Memorial Day parade in Barrington.
Photo by Julie Furtado
Posted Thursday, May 19, 2022 8:50 am

Members of the Barrington United Veterans Council were a bit surprised to learn that town officials are spending nearly $5,000 to organize this year’s Memorial Day parade.

For years, the BUVC had organized the event, but a few months back, the town council voted unanimously to have the town manager oversee the organization of the parade. BUVC members were upset by the decision and have not participated in the planning process this year. Instead, the town formed a committee which is organizing this year’s parade and a ceremony at Victory Gate. (The BUVC is also holding an event at Victory Gate on Memorial Day.)

At their meeting earlier this month, members of the town council voted 5-0 to approve a $4,500 appropriation — the money came from the town council contingency fund — to pay for costs accrued while planning this year’s parade.

According to a memo from Barrington Town Manager Phil Hervey, the money will pay for a sound system ($300), the purchase of 1,440 miniature flags ($489.60), invitations sent to veterans and postage ($780), as well as other costs.

“As a member of UVC since 1968 and two terms on the town council, the most that I can recall that was appropriated (plus any grant money) was $1,500,” Brule wrote in an email to the Times.

Paul Dulchinos, president of the BUVC, said that the $4,500 expenditure could have been more wisely spent — he suggested the council could have used the money to move the town hall flag pole away from the veterans memorial. The veterans have been requesting the council not fly any flags other than the American flag and POW/MIA flag atop the pole at the memorial outside the town hall.

“…this whole thing would have been over a long time ago and without all the hate directed at our veterans and the division of our community,” Dulchinos said.

The BUVC president also said that a current member of the committee planning the Memorial Day parade called him a racist pig in an earlier social media post.

“Not exactly the kind of folks to be reaching out to veterans,” Dulchinos wrote in an email to the Times.