He was the beloved husband of Michaela K. (Conley) Balasco. 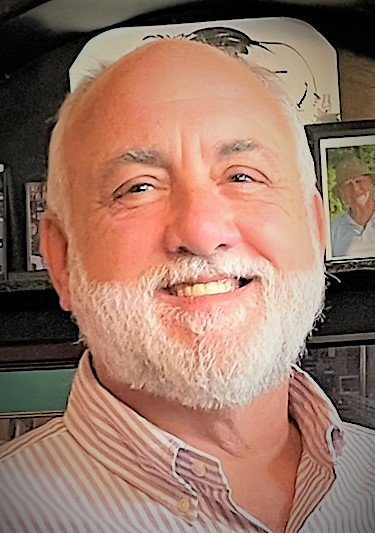 He was the beloved husband of Michaela K. (Conley) Balasco.

Born in Providence, R.I., he was the son of Elizabeth “Betty” (Rawcliffe) Balasco of Barrington, R.I., and the late Robert Balasco.

Steven was the owner and operator of Balasco’s Pizza and Balasco’s Painting of Warren for many years. Both businesses brought Steve and his family so much joy and many employees who became like family throughout the years. Steven overcame the many challenges of his youth, breaking free of his wheelchair and leg braces, never looking back, running faster and working harder than anyone else around him ever since.

He was an avid fan of the Boston Red Sox, the New England Patriots, and the PC Friars, but above all, Steven loved supporting his local community with the many events and fundraisers he put on with family and friends, Warren’s Annual Family Fun Day included. Whether it was to support the Best Buddies Organization, a local sport’s team, or a family in need, Steven always stepped up.

When he wasn’t working, planning another event, or cooking for his family, you could often find Steven wandering around town, having breakfast with friends at Rod’s, or enjoying a cabinet in his “office,” Delekta’s Pharmacy. He and his wife Michaela could often also be found enjoying a meal at a local restaurant or listening to his dear friend Neal Vitullo and his band play all of the classics. Every meal was filled with countless stories of the good old days growing up with his brothers on County Road and Sowam Road in Barrington, playing softball with his friends, and bartending at Jack’s Bar on Thanksgiving morning. Steven was the very best story teller.

What he enjoyed most, though, was spending time with his family and supporting his kids and grandkids in everything they did, especially sports. Steven and his wife Michaela were long time volunteers for and supporters of Warren Little League and the East Bay Warriors Pop Warner organizations, but Steve was truly in all of his glory when playing wiffle ball in the back yard or watching his kids and grandkids on the field, the mat, the ice, the court, and the sidelines. Whether it was cooking on the grill for them, sitting by the fire in the backyard with them, or waking them up at quarter of nine for breakfast at Point Sebago in Maine countless summers throughout the years, Steven loved his family and did everything for him.

Burial will follow in St. Mary of the Bay Cemetery, Vernon Street, Warren.

Masks are required to be worn at the funeral home.