Residents say vigilance, and a watchful eye, are needed in local politics

One woman spoke of her decision to have an abortion and how it enabled her to escape an abusive marriage. Another talked of an ectopic pregnancy she'd suffered years ago, and how her response to it …

Residents say vigilance, and a watchful eye, are needed in local politics 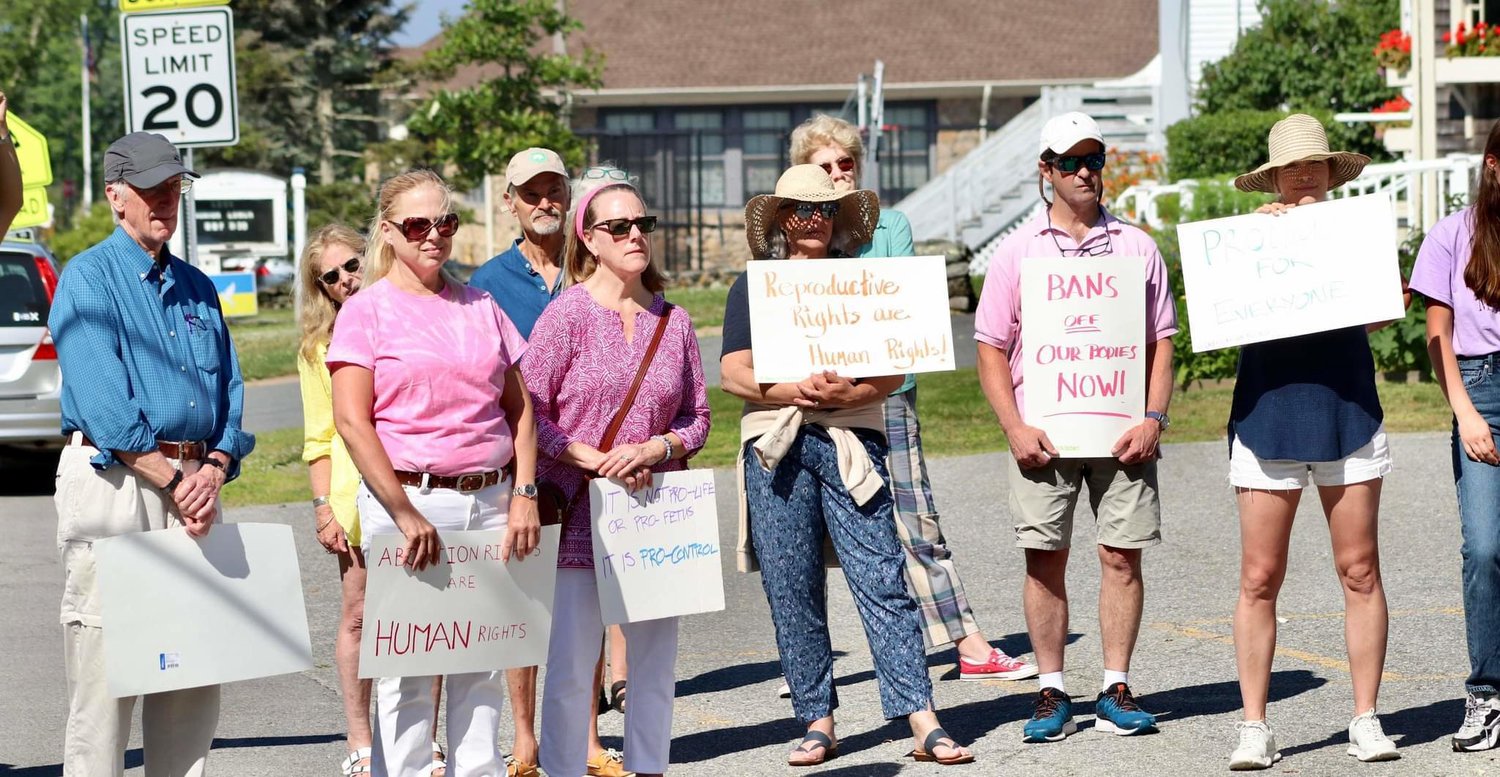 One woman spoke of her decision to have an abortion and how it enabled her to escape an abusive marriage. Another talked of an ectopic pregnancy she'd suffered years ago, and how her response to it might have ended her up in jail today if not for Roe Vs. Wade. And several said resisting the Supreme Court's recent ruling on abortion and other matters comes down to local politics.

Some 40 residents met in front of Little Compton Town Hall Sunday morning to protest the court's decision last week to overturn Roe Vs. Wade. The ruling, which will leave the legality of abortion in states' hands, has led to widespread demonstrations across the country, including a rally at the State House that drew thousands Friday night.

Little Compton's rally was more low-key by design, said Jenna Magnuski, who with friends decided Saturday afternoon to get together Sunday at 9 a.m.

"It was all sort of word of mouth," she said. "We ended up having about 40 folks, which was great."

It wasn't just the support that counted, she said. Just as heartening was to see a wide range of people — young, old, female, male — turn out, all united in an issue that could impact them all in very different ways. One young woman held a sign stating that she is a woman, not just a womb, and an older man proudly held a sign identifying himself as a 'pro-choice grandparent.'

The wide range of voices were good to see in a small, insular town like Little Compton, Magnuski said — "the depths of all of that is contained in this town."

One speaker, a middle-aged man, said that while Rhode Island remains a legal state and Roe vs. Wade is codified into law here, the recent conservative actions by the court and across the federal level should be concerning to all in Little Compton, where 951 residents voted for Donald Trump in the last election. The speaker wondered aloud how many of those voters have changed their mind on Trump since.

"All I'm suggesting is that one of the ways we can start addressing this locally, is to think about who you're electing to local office in Little Compton," he said.

Magnuski said the call to local action is essential. She noted that Democratic Rhode Island Sen. Louis DiPalma, who represents Little Compton under District 12, voted against the Reproductive Privacy Act, which codified Roe Vs. Wade here in the Ocean State in 2019.

"We certainly need to support those that are trying to fix a national problem," she said. "Until that's fixed, we need to pay attention to who's getting in to the state house here in Rhode Island."

Her suggestion: "Find ... pro-choice candidates that are running for statewide office. Call for them, knock on doors for them, give money to them."