Little Compton Town Council member Andrew Iriarte-Moore said Wednesday that he believes charges filed against him and his husband over an incident late last month are unwarranted, and said he is … 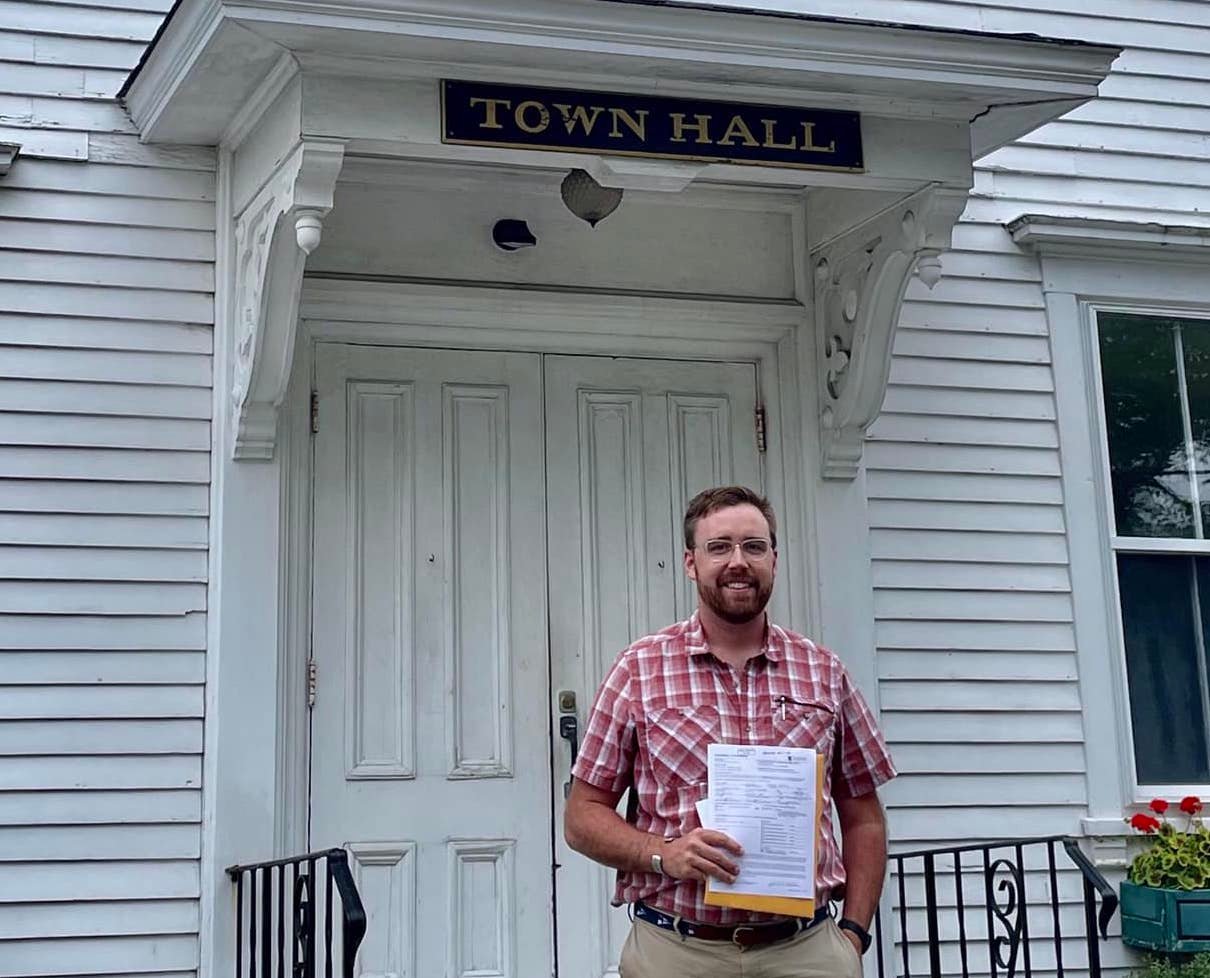 Little Compton Town Council member Andrew Iriarte-Moore said Wednesday that he believes charges filed against him and his husband over an incident late last month are unwarranted, and said he is upset that a short interaction that admittedly turned "tense" has escalated to the extent it has.

Just over a week ago, on Tuesday, Sept. 6, police charged the 4 Watson Way resident, 30,  with disorderly conduct; his husband, Raul Iriarte-Moore, 36, also of 4 Watson Way, faces the same charge and an additional count of simple assault; and Karen L. Zarriello, 66, of 26 Patchet Brook Road, was charged with having animals at large. It is the third time police have charged her with keeping dogs off leash.

Police said the charges stem from an incident at dusk on Sunday, August 28, that they first heard of when Andrew called police at 7:36 p.m. that evening to report seeing unleashed dogs in his neighborhood. A few hours later, Zarriello also reported an incident.

Zarriello told police in an interview two days after the incident that she was walking her three dogs on Watson Way between 7 and 7:15 p.m. when she saw Raul Iriarte-Moore "walking backwards" toward her. When one of the dogs ran up to him, he yelled for it to get away and she called the dog back. Though Zarriello told police the dog was not acting aggressively or barking, she alleged that Raul began to "chase after me with something in a pressurized can." She told police that it appeared that Raul was trying to spray her with the can, but said it never actually touched her. Raul disputed her characterization of his intent in his own interview with police on Wednesday, Aug. 31, saying he never sprayed the object, which he described as a plastic water bottle, at her or her dog.

Nevertheless, "I questioned Zarriello if she felt threatened by (Raul) Iriarte Moore to which she stated 'Yes,'" Sgt. Ryan LeClaire wrote in his incident report.

Zarriello said she walked away with her three dogs and minutes later ran into a couple walking their dog on Queen Awashank Trail, a right of way that branches off from Watson Way. While she was speaking to them, she told LeClaire later, an older yellow Mercedes-Benz sedan drove down the trail toward her and stopped. The driver, Andrew Iriarte-Moore, pulled out his cell phone, "stating repeatedly 'Those dogs need to be on leashes,'" Sgt. LeClaire wrote.

Zarriello told police that she believed Andrew purposely followed her onto the path, and one of the two people Zarriello ran into on the trail told police later that the interaction with the councilor "wasn't civil" nor was it a neighborly conversation. The other witness said the presence of Iriarte Moore's Mercedes on the path "upset her," because "she thought it was very dangerous due to children riding their bikes and walking down that path," LeClaire wrote.

After the altercation on the path, Zarriello told police that she left and started walking back to her home on Patchet Brook.

As she did, she told police that she saw a second car, a silver Volvo wagon driven by Raul, driving toward her, but he never looked at her and didn't say anything as the car passed. When she got back to her house, she called police as, she told Sgt. LeClaire in her interview, she felt "unsafe." She agreed to press charges if police believed there was cause to charge Raul with simple assault/battery.

A day after her interview, on Aug. 31, Andrew Iriarte-Moore agreed to talk to police officers about the incident and went to the police station for an interview. Police read him his rights, he signed a waiver form, and answered questions.

Andrew told police that he was on his property around 7:20 p.m. on the 28th when his husband Raul told him he had just been approached by Zarriello and one of the three dogs. Raul told Andrew that the dog "'startled him' so he 'screamed,'" Andrew Iriarte Moore recounted in his interview.

The councilor told police that as he spoke to Raul he thought it strange that he didn't recognize her or her dogs. So he got in his Mercedes and looked for her so he could introduce himself and remind her about the leashing of dogs.

He told police he drove through Oak Forest Drive, onto Patchet Brook, and then to Queen Awashank Trail. Though he denied entering the trail with his car, he told police he stopped when he reached her, grabbed his cell phone and shot a video of the interaction. He acknowledged to police that the interaction was "a little hostile."

In an interview later that afternoon, Raul acknowledged his initial encounter with Zarriello, saying the dog's charge "terrified" him. He screamed and told Zarriello to "get out of here" with her loose dogs, he told police. As for the spray can, he acknowledged having a plastic water bottle and that while he squirted it, he did not direct the spray at Zarriello or her dog.

Following the interviews, LeClaire noted, police determined there was probable cause to charge all three.

On Wednesday, Andrew Iriarte-Moore, who is running for re-election to the council this year, told the Sakonnet Times that he finds it unfortunate that a minor incident with a stranger has escalated to criminal charges.

"As a neighborly courtesy, I went to speak to her," he said of his conversation that night with Zarriello. "She was very defensive; I'm a pretty reasonable person and I try to understand where people are coming from. I never threatened her, I was never confrontational with her. There's no reason to get a charge of disorderly conduct."

"If Raul is charged with simple assault, then she should be charged too."

In Tiverton, a tree from the sea