Just two weeks after he shattered a 42-year-old Portsmouth High School running record, Kaden Kluth improved on another school best during a home meet on Monday. 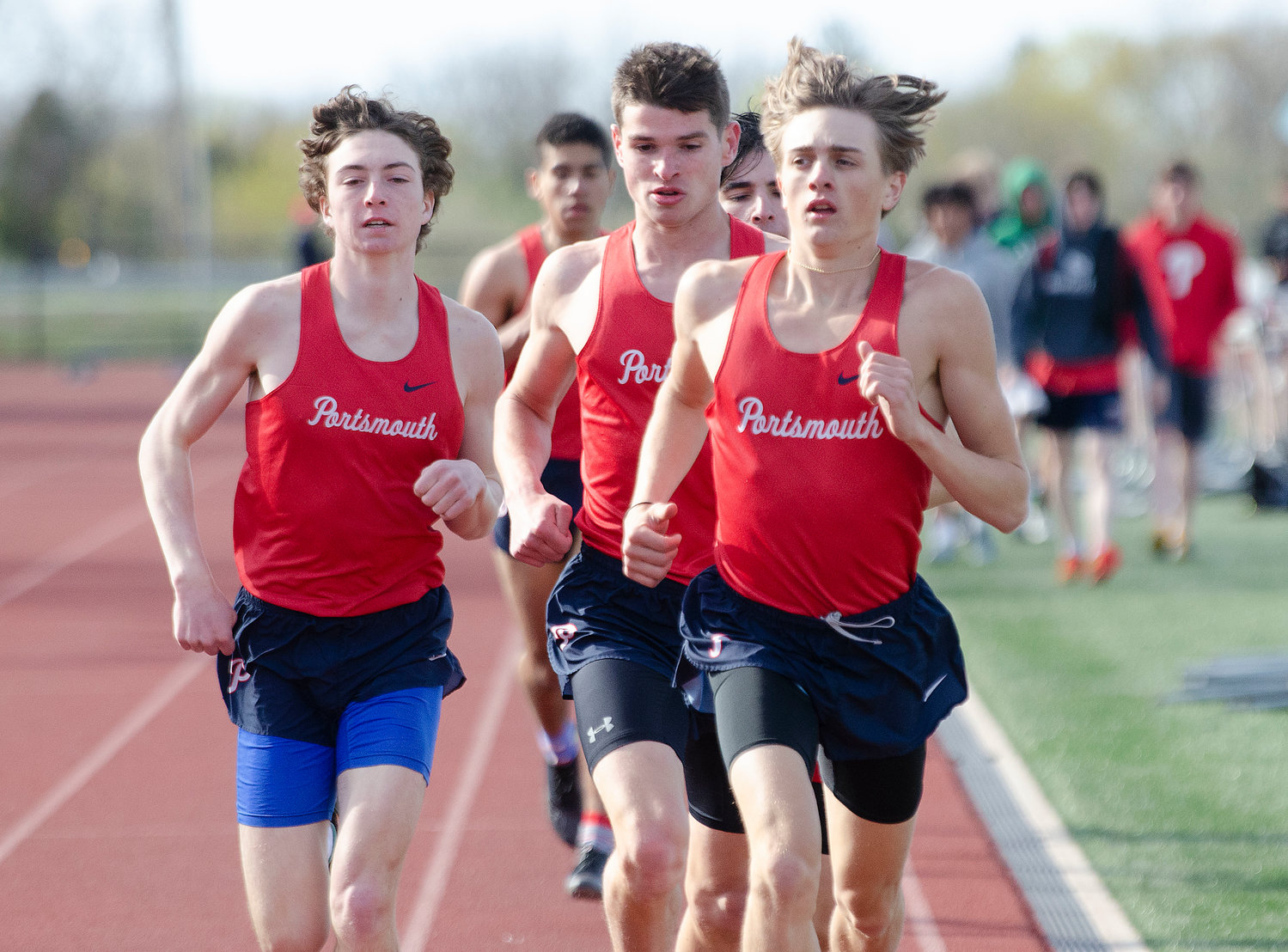 Portsmouth High’s Chris Vachon, Kevin Sullivan and Kaden Kluth (from left) run in a pack during the 1,500 meter run at Monday’s home track meet. Kluth would go on to win the event, and also set a new school record in winning the 3,000-meter run.
RICHARD W. DIONNE, JR. 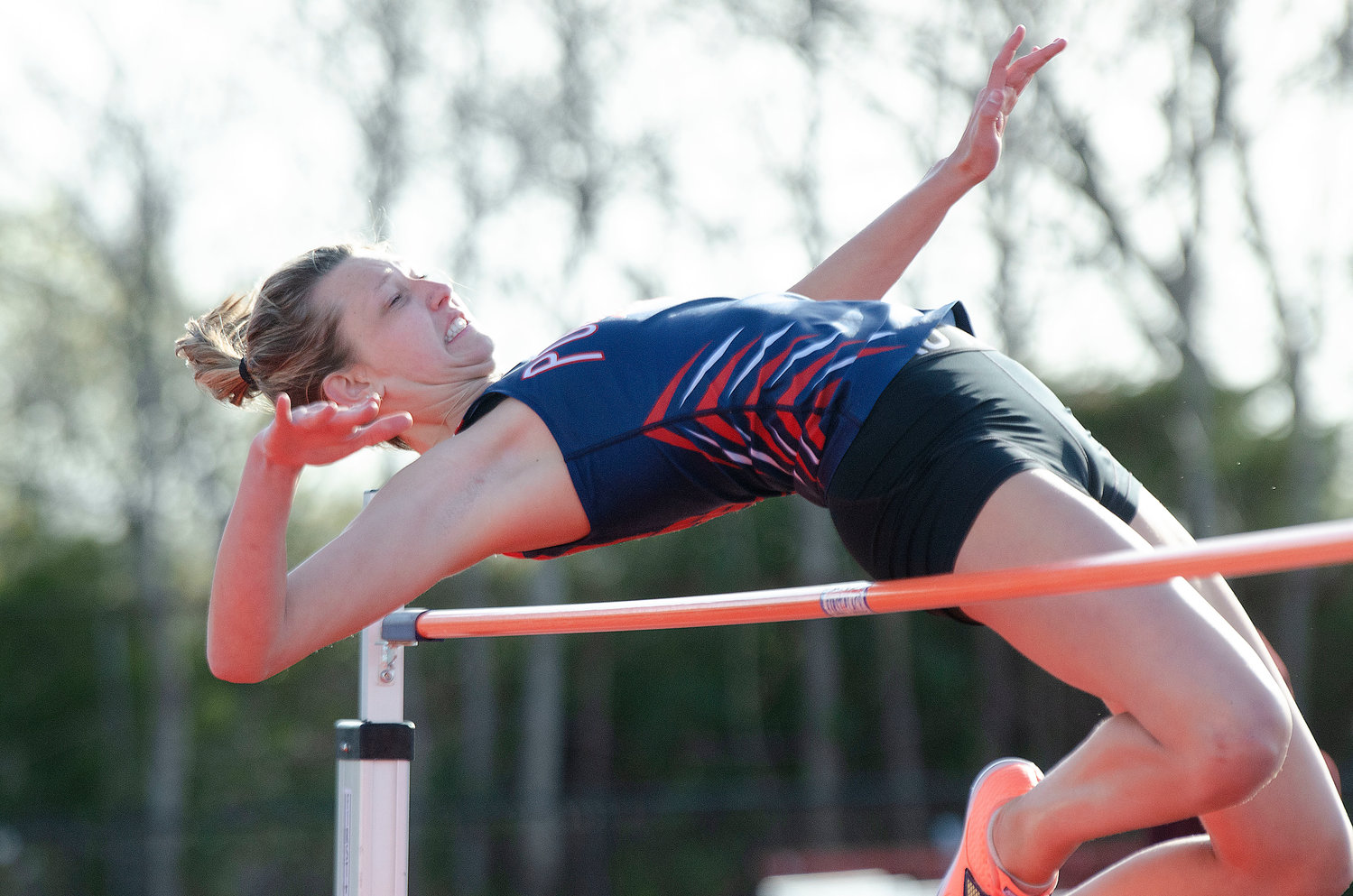 The Patriots’ Morgan Casey eases over the bar during the girls’ high jump, which she won with a best effort of 5 feet, 2 inches.
RICHARD W. DIONNE, JR. 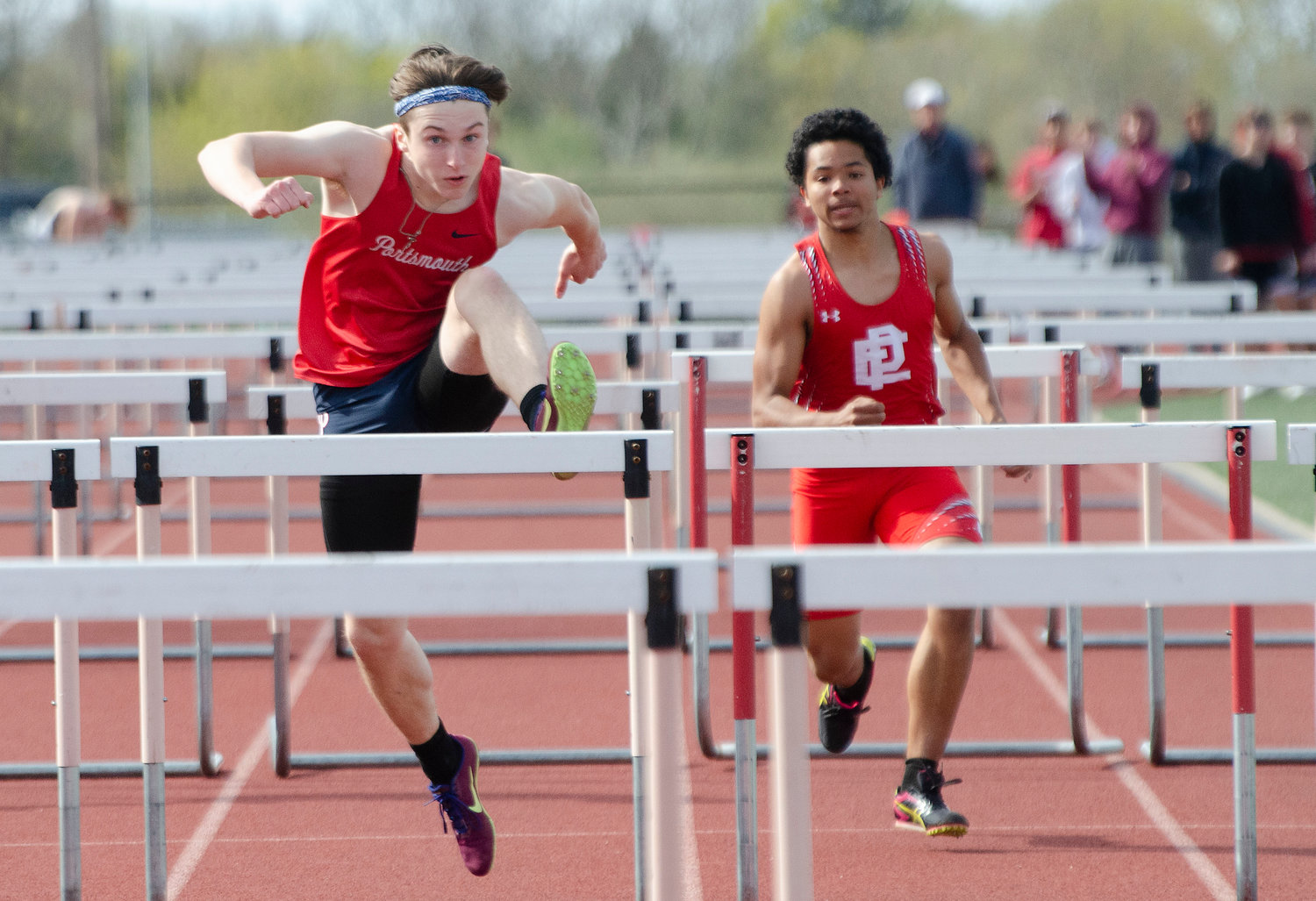 Maciej Tabak of PHS (left) and Denzy Suazo of East Providence race in the 110 -meter hurdles, won by Tabak in a time of 18.5 seconds.
RICHARD W. DIONNE, JR. 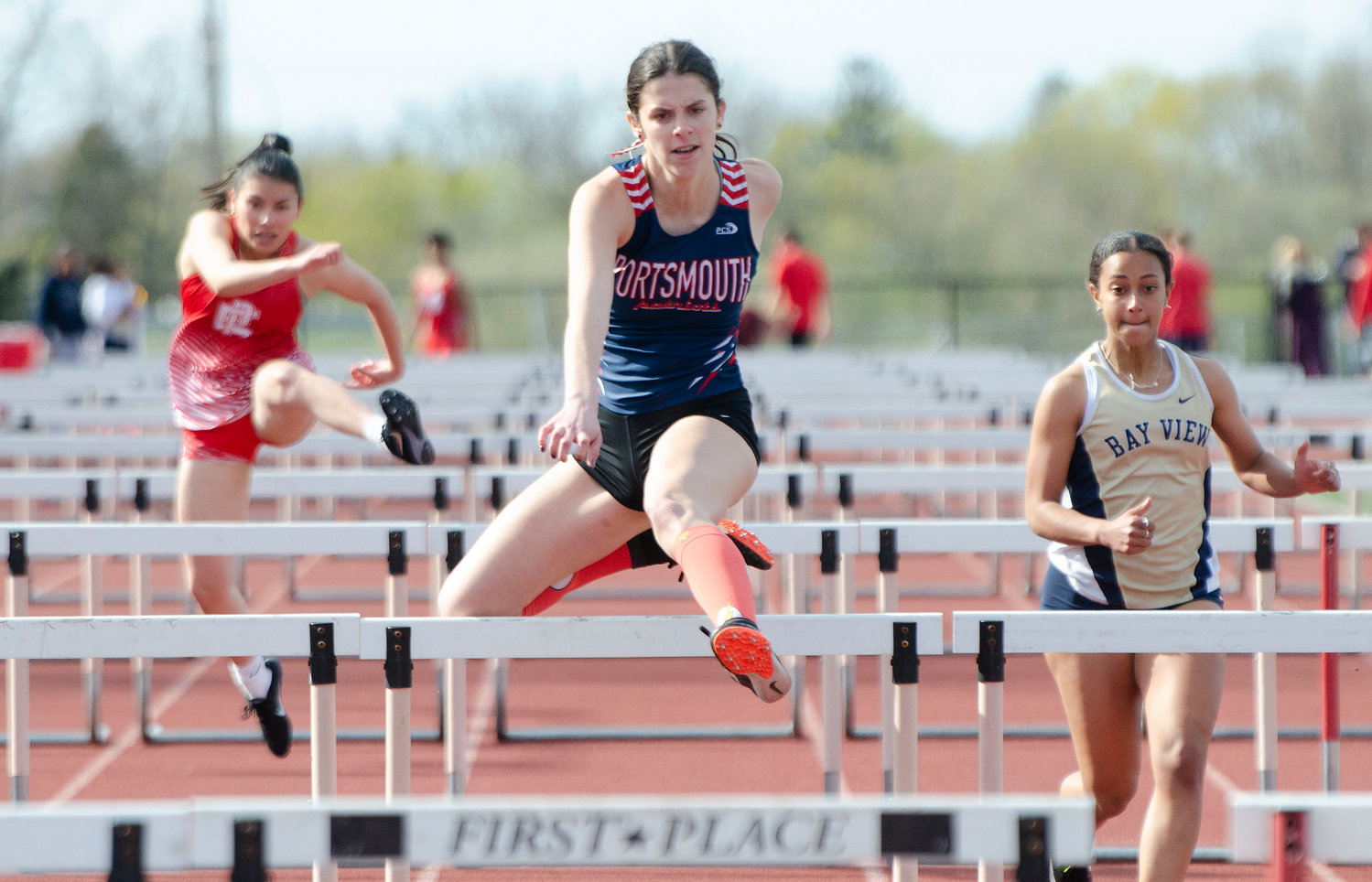 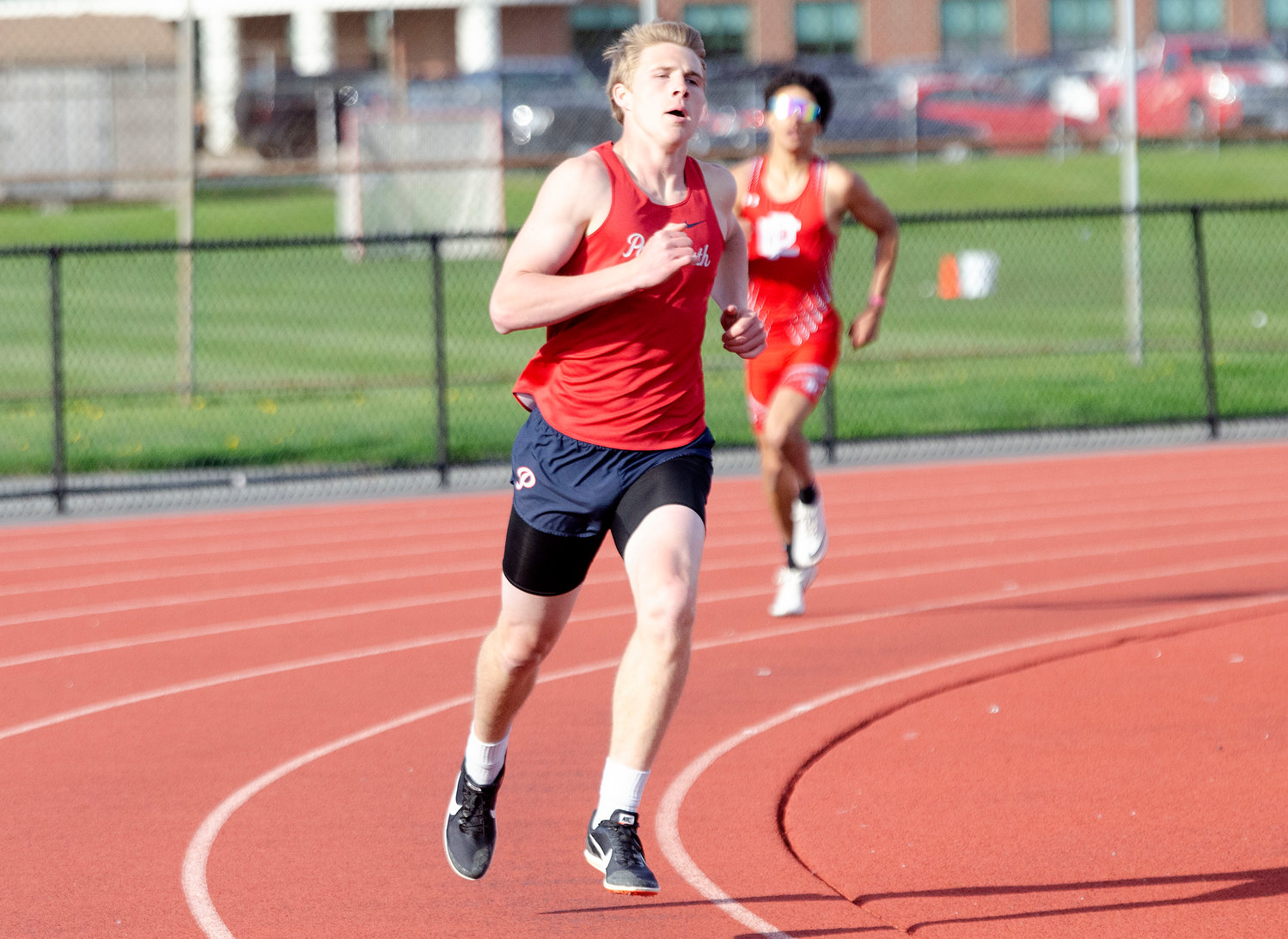 The Patriots’ Jeff Brady rounds the corner on his way to winning the 400-meter run in a time of 52.1 seconds.
RICHARD W. DIONNE, JR. 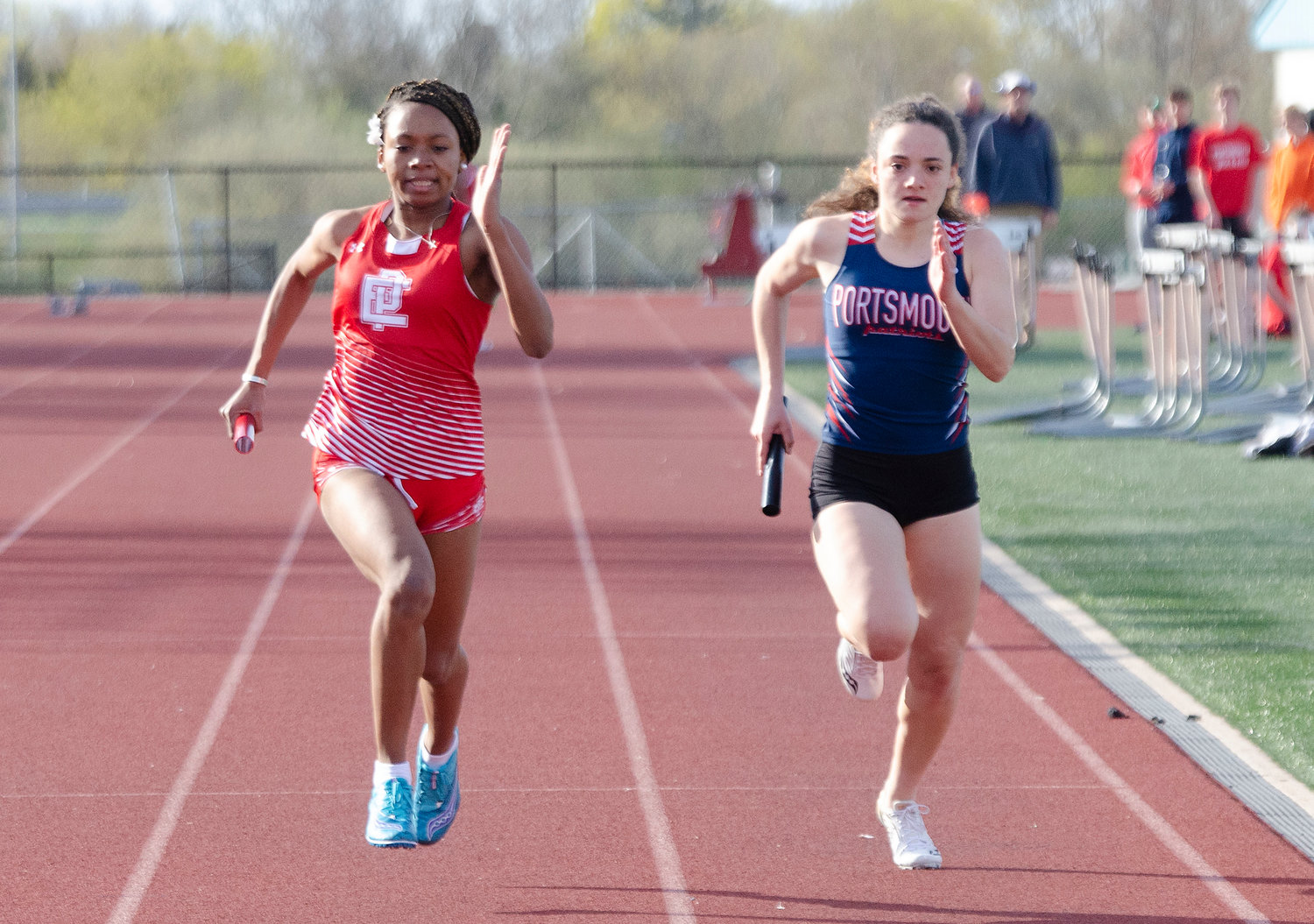 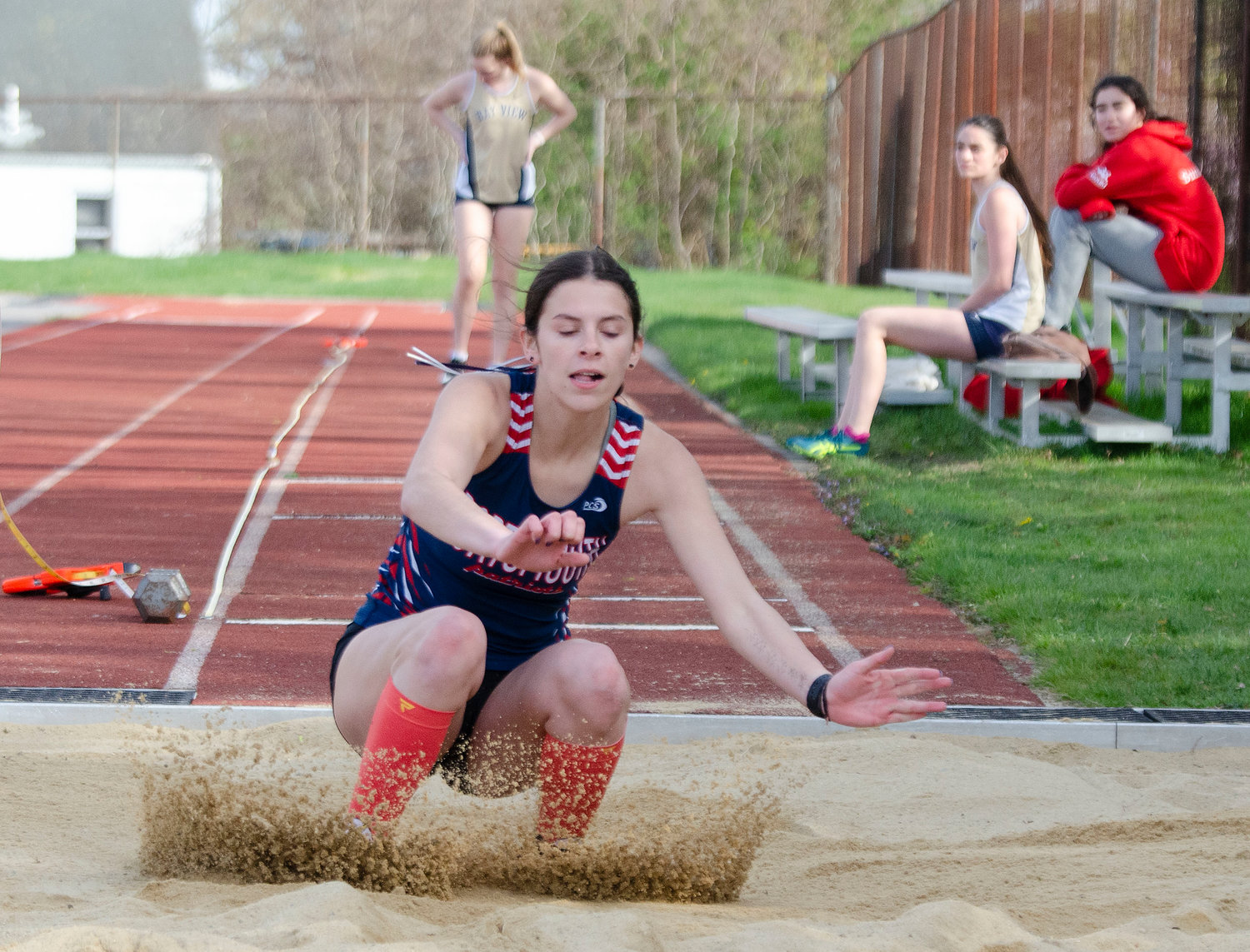 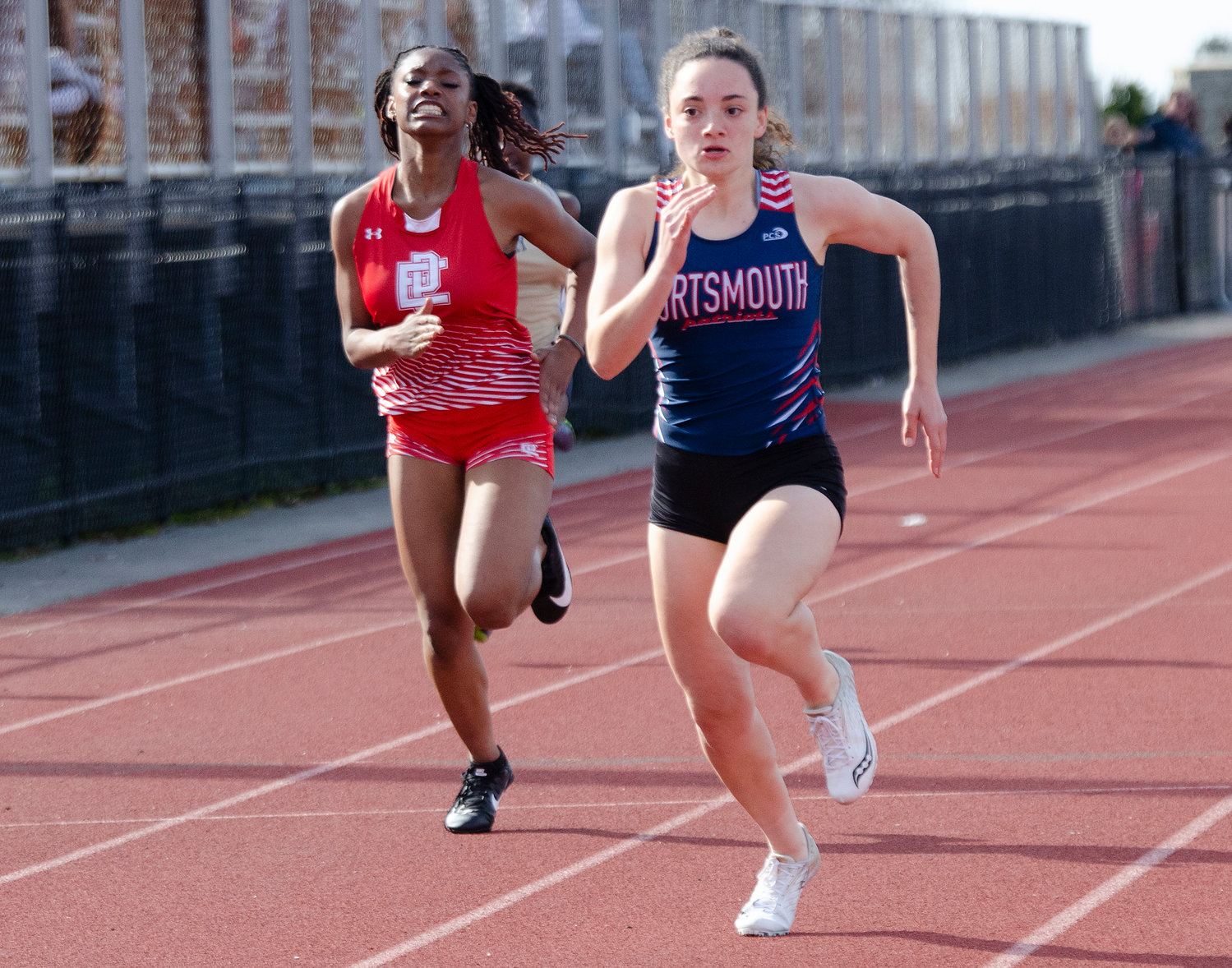 The Patriots’ Elly Skeels on her way to winning the girls’ 100-meter dash in a time of 13.4 seconds.
RICHARD W. DIONNE, JR. 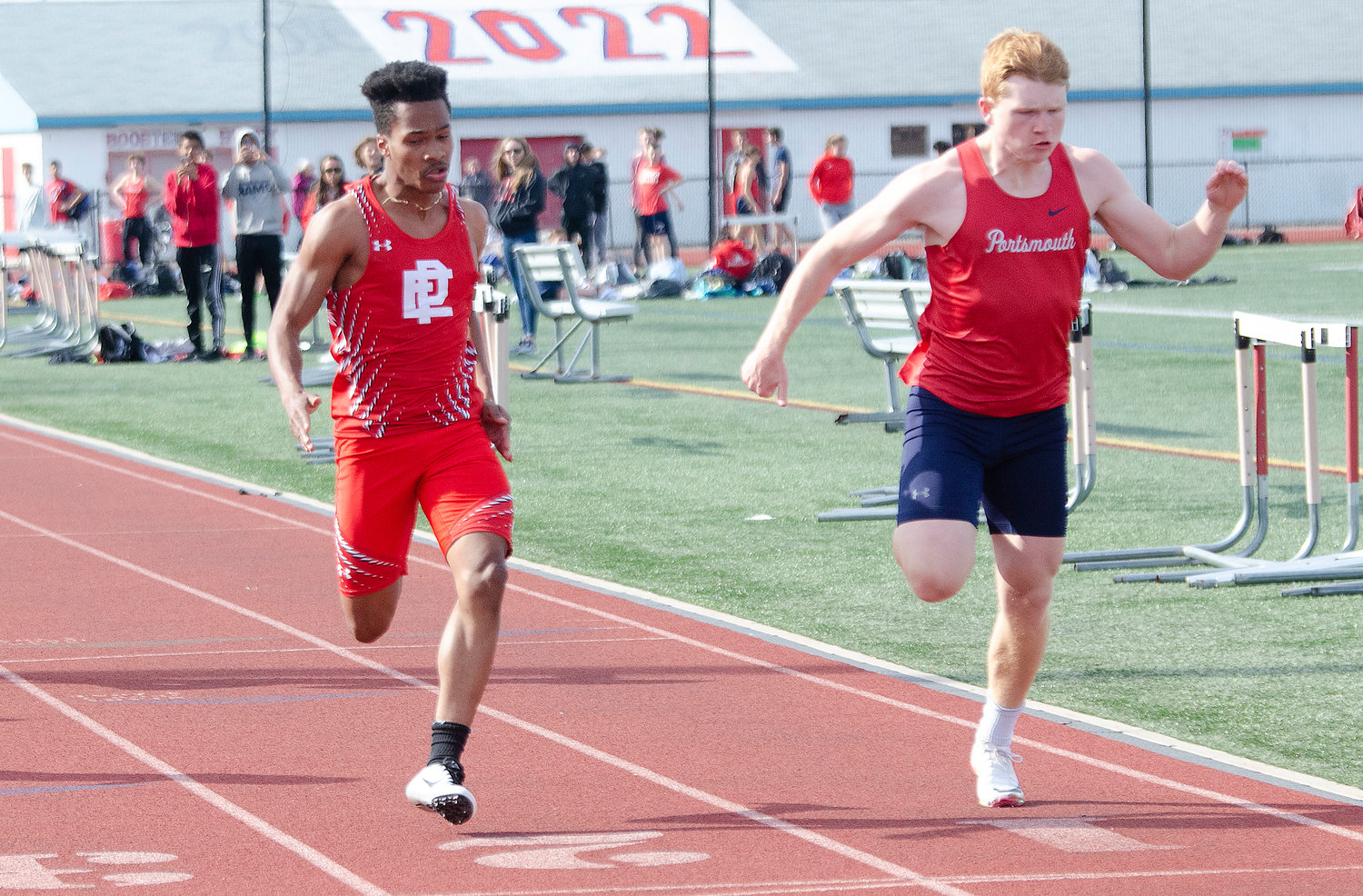 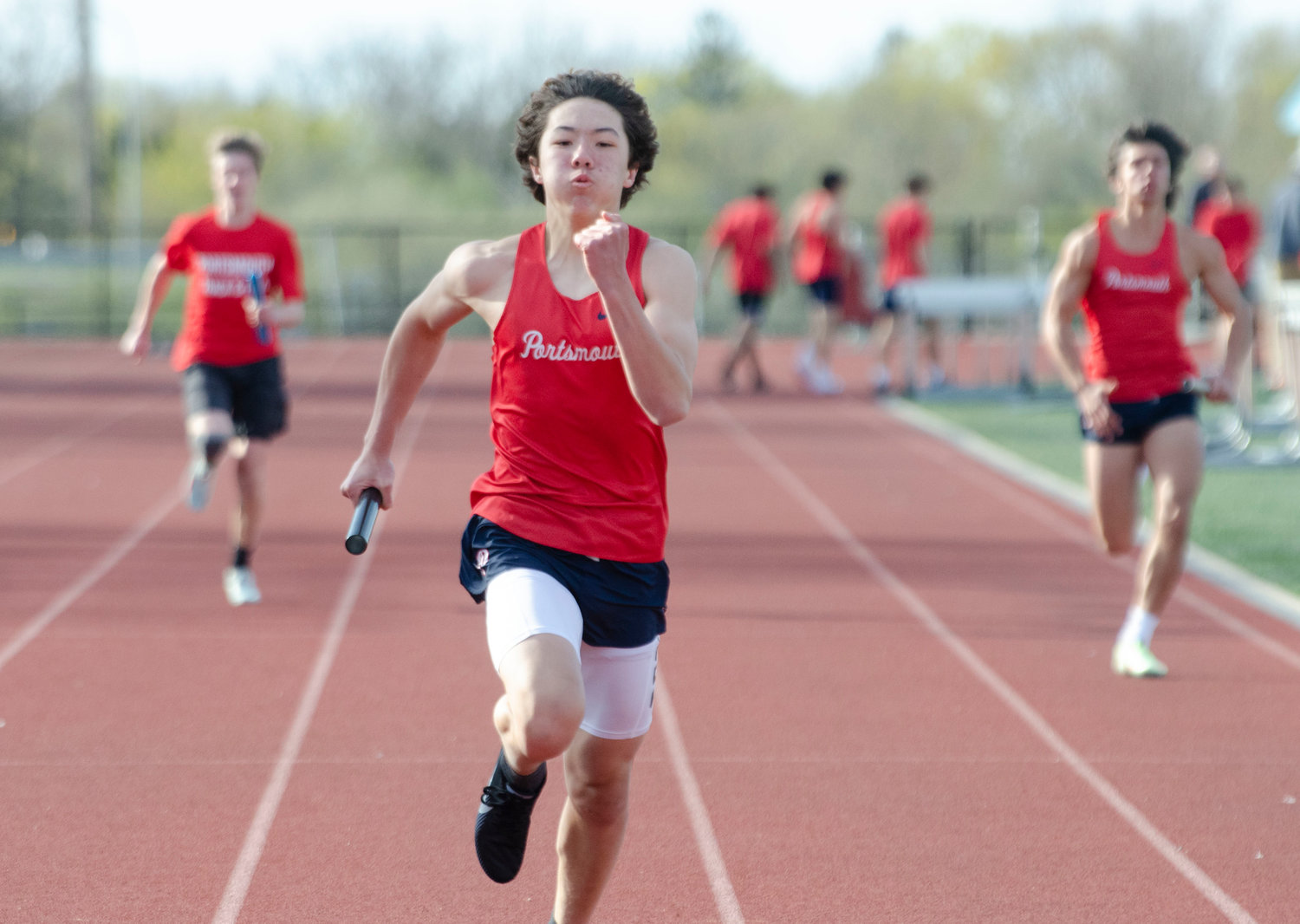 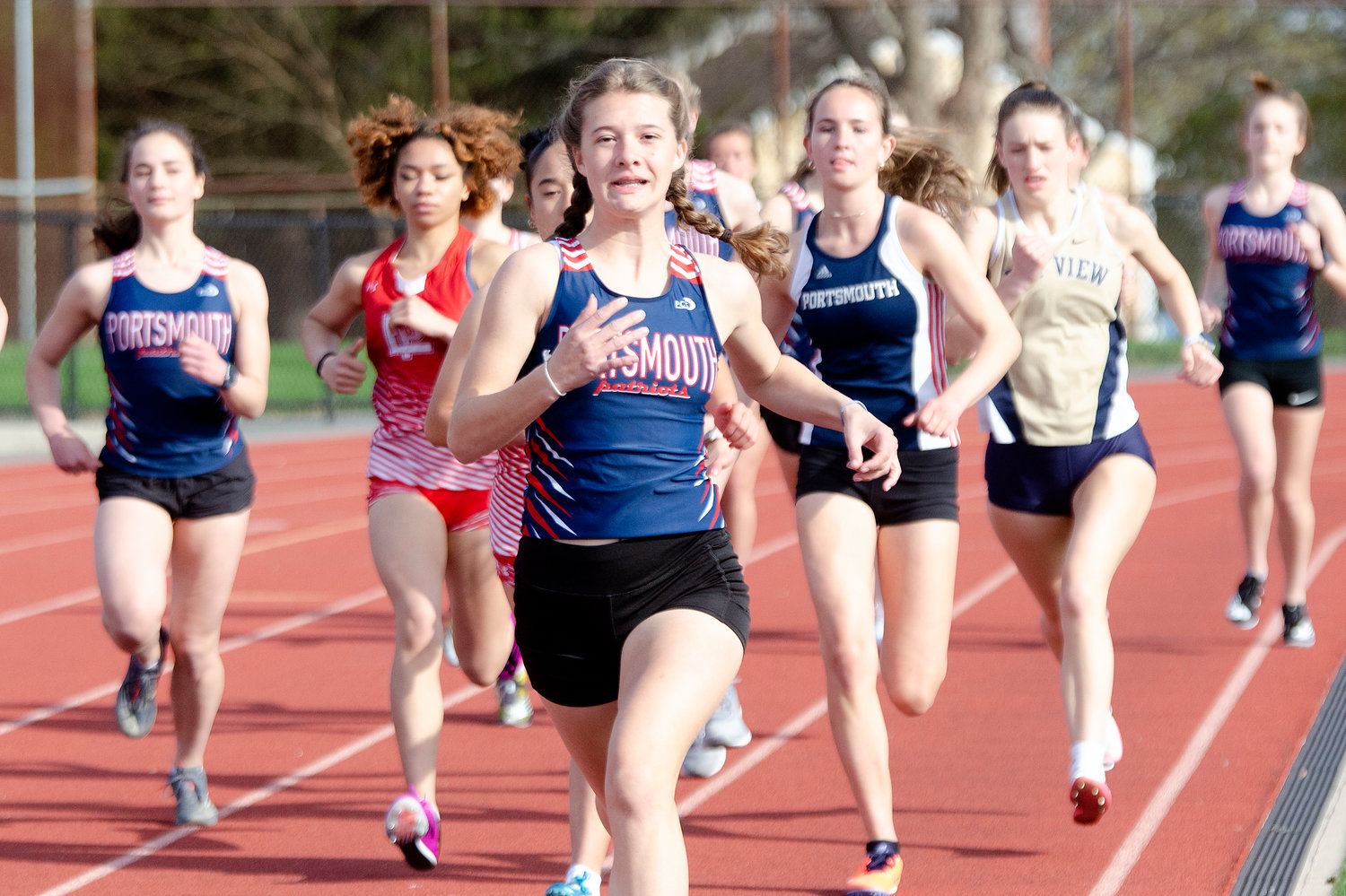 “Credit to (Kelly) for a pretty remarkable 40-year run with that record,” head coach Shaun Horgan said. “Kaden knew he had a shot at it, and he's been really training hard for it. He's setting himself up for an amazing finish to his career here at PHS. It's been a lot of fun so far and he's got his sights on the big races coming up in May and June.”

Portsmouth scored 94 points as a team to East Providence’s 56, and the team is now 5-2 on the season.

Other first-place finishers were:

“Brady is going to be a contender in the 400 statewide. He's got a whatever-it-takes mentality. I'm just really impressed with his progress,” Horgan said.