Fahrney, Kluth and Goodfriend have big days for boys’ team

Fahrney, Kluth and Goodfriend have big days for boys’ team 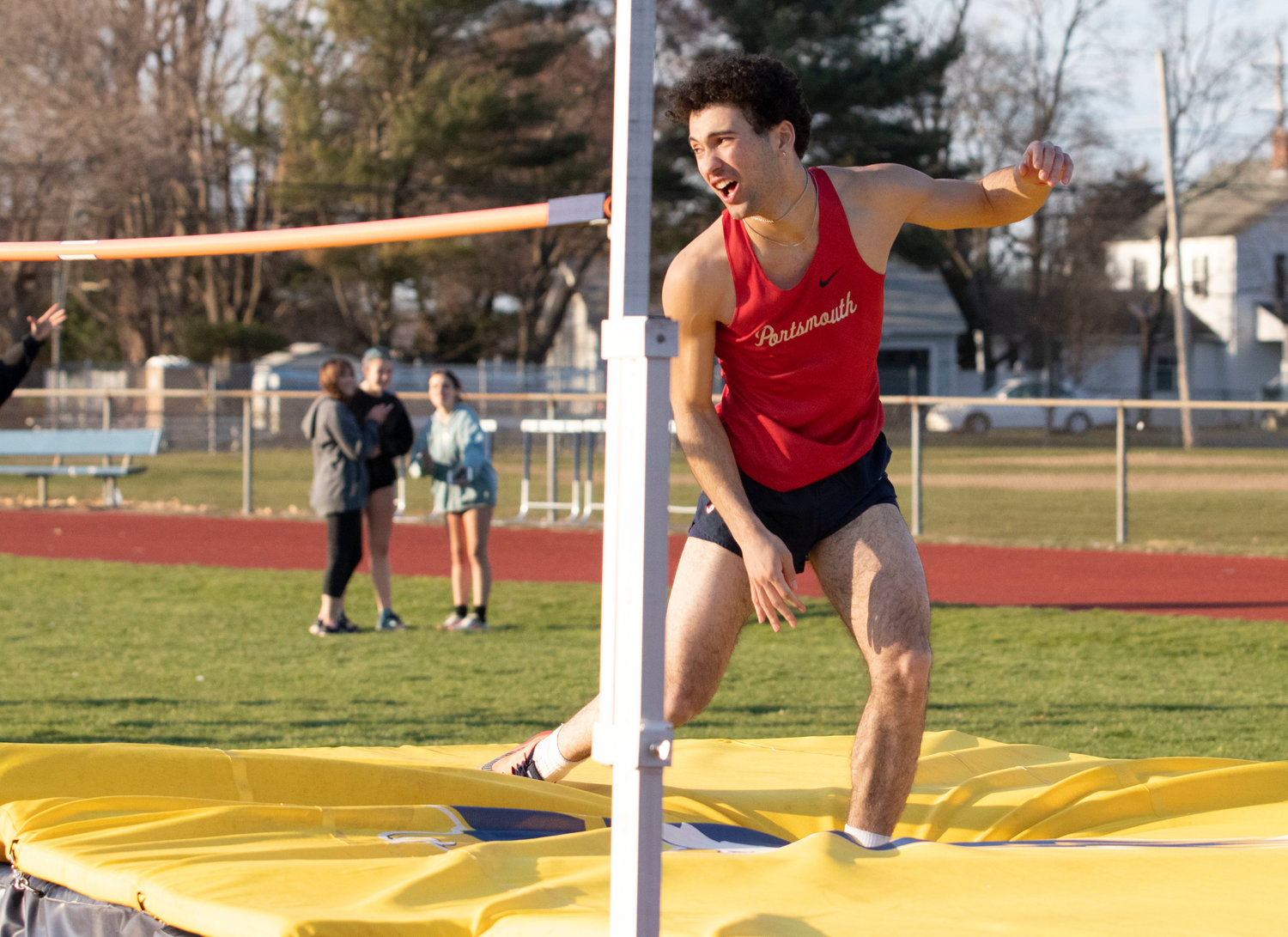 Portsmouth’s Nikolai Loyola keeps a steady eye on the bar after clearing it during the high jump competition, which he won with a best effort of 5 feet, 6 inches, during a dual track meet at Barrington High School on April 5.
RICHARD W. DIONNE, JR. 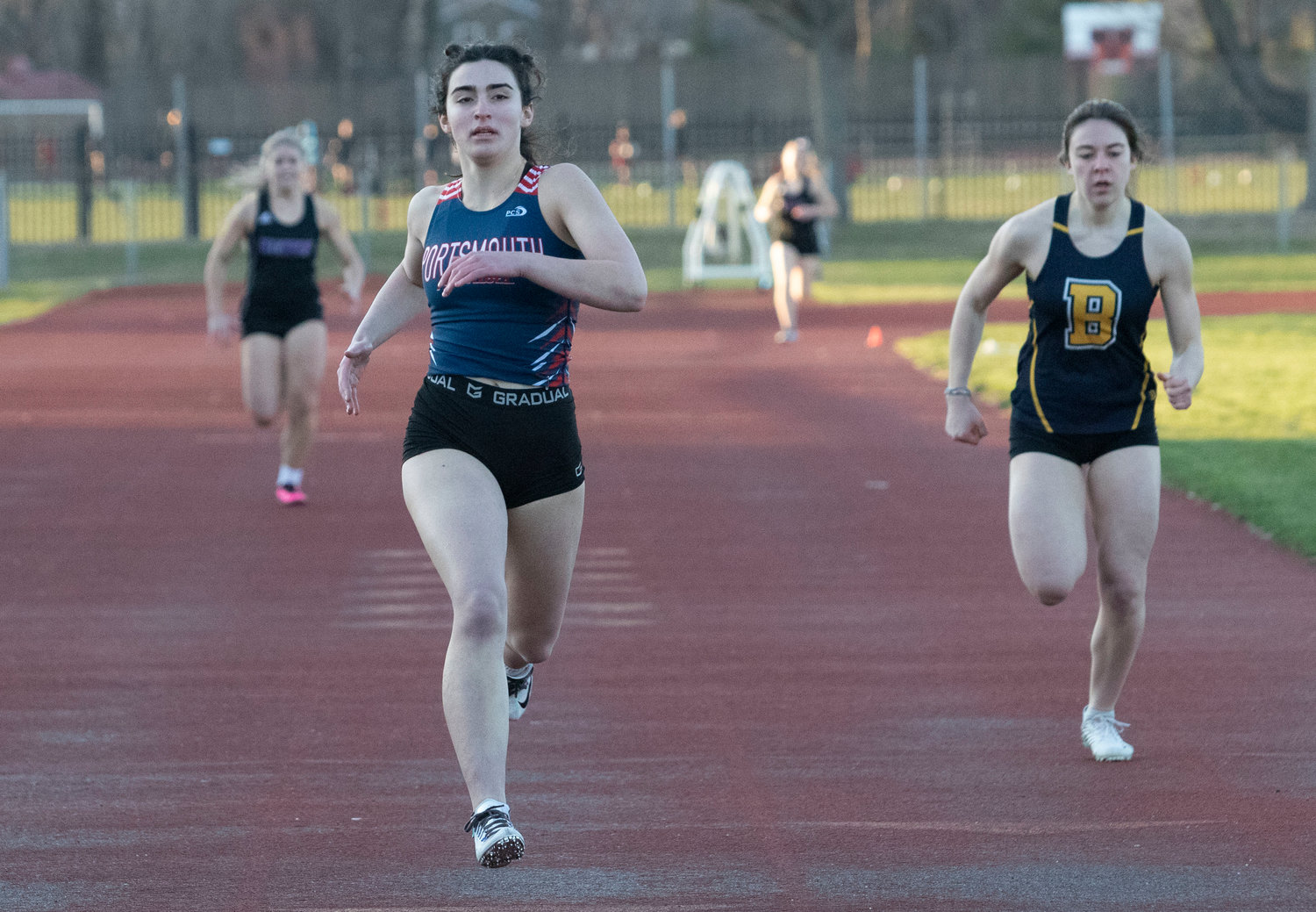 The Patriots’ Kitty Damon on her way to winning the 400-meter dash.
RICHARD W. DIONNE, JR. 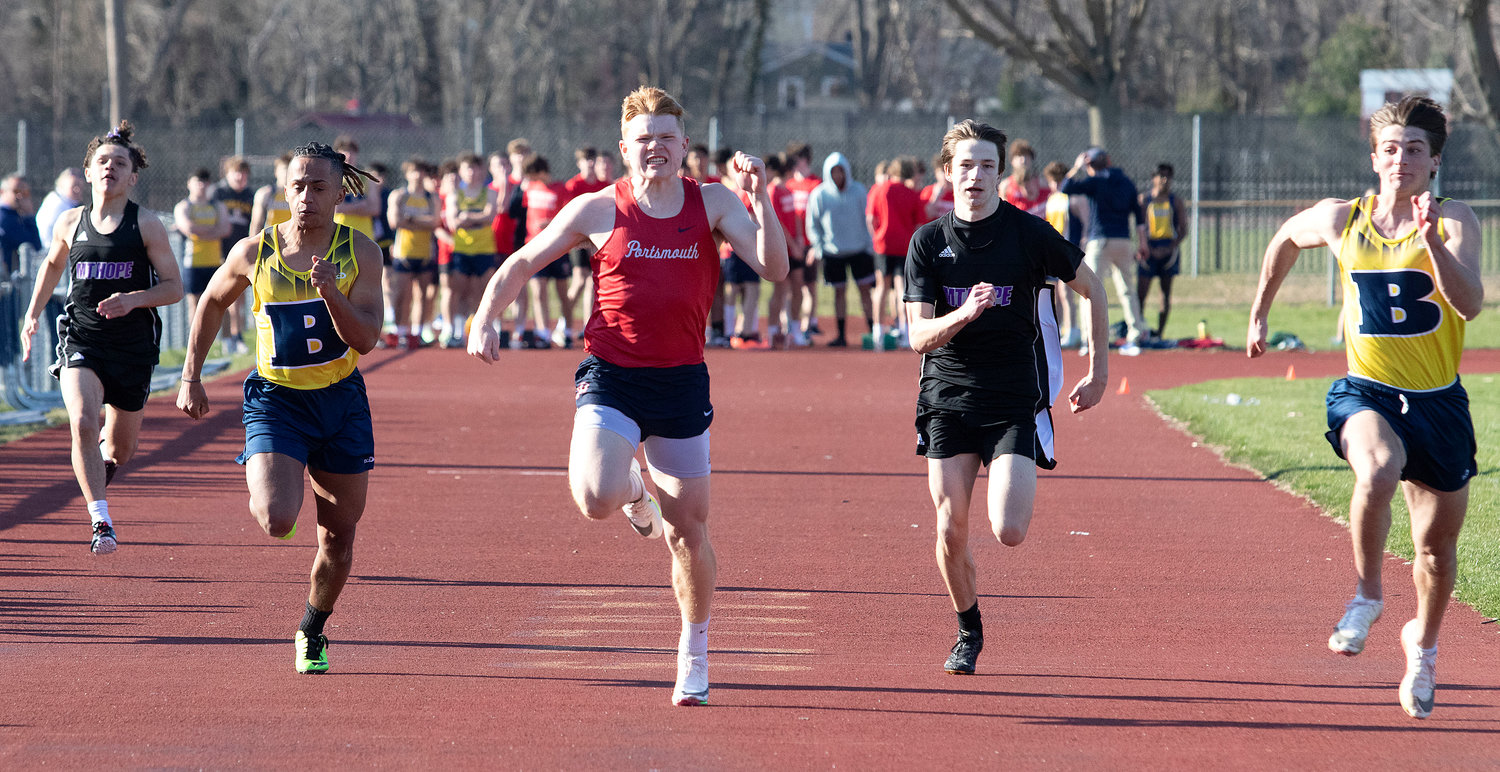 The Patriots Colby Farney (center) narrowly lost the 100-meter dash to Barrington’s Nate Greenberg (far right), but came out on top in the 200-meter dash, the long jump and the triple jump.
RICHARD W. DIONNE, JR. 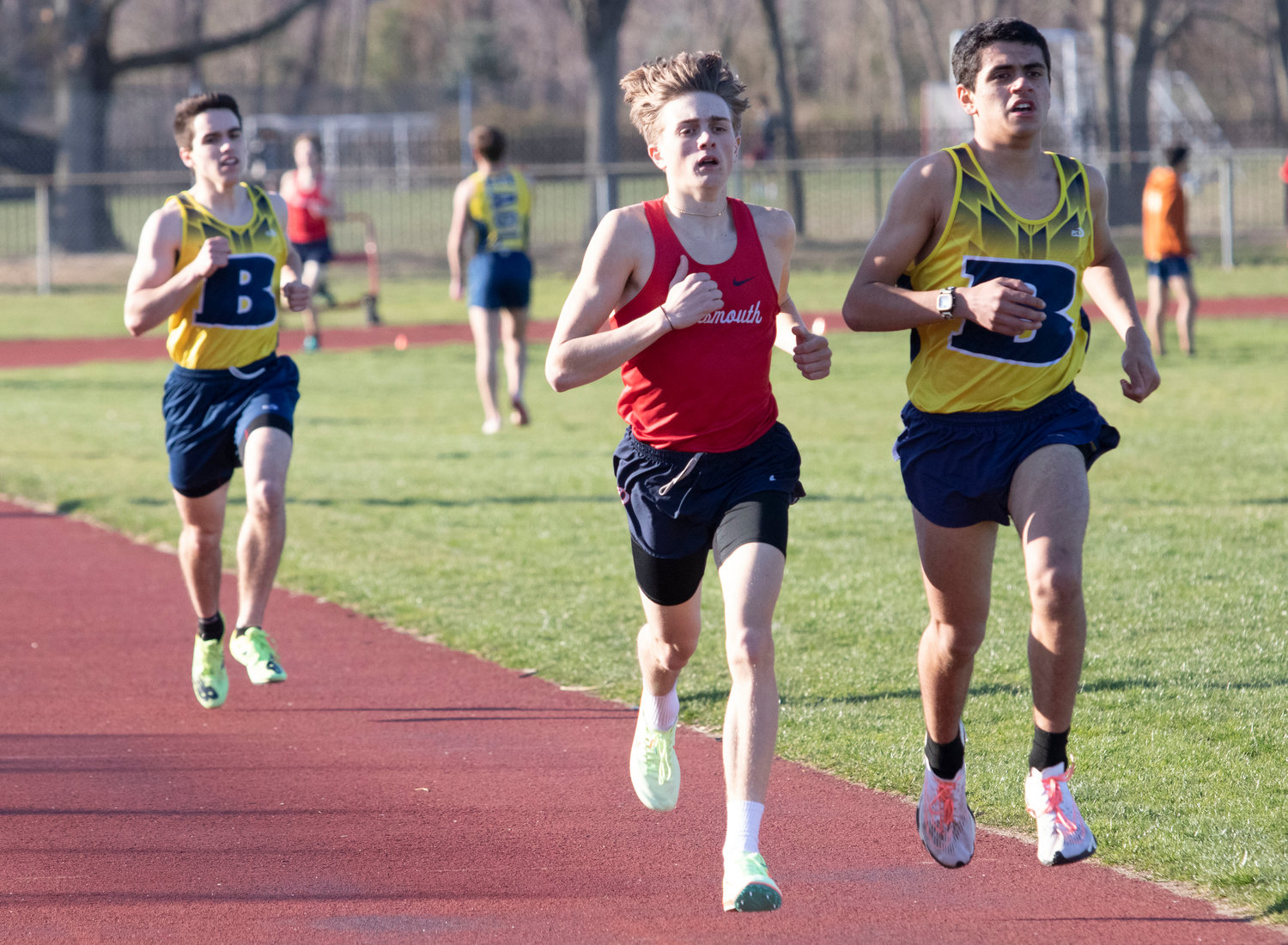 The Patriots Kaden Kluth (left) is neck and neck with Barrington’s Brandon Piedade in the boys’ 1,500-meter run, won by Kluth in a time of 4:18.5. Kluth also won the 3,000-meter run, and participated in the 4x400-meter relay won by Portsmouth.
RICHARD W. DIONNE, JR. 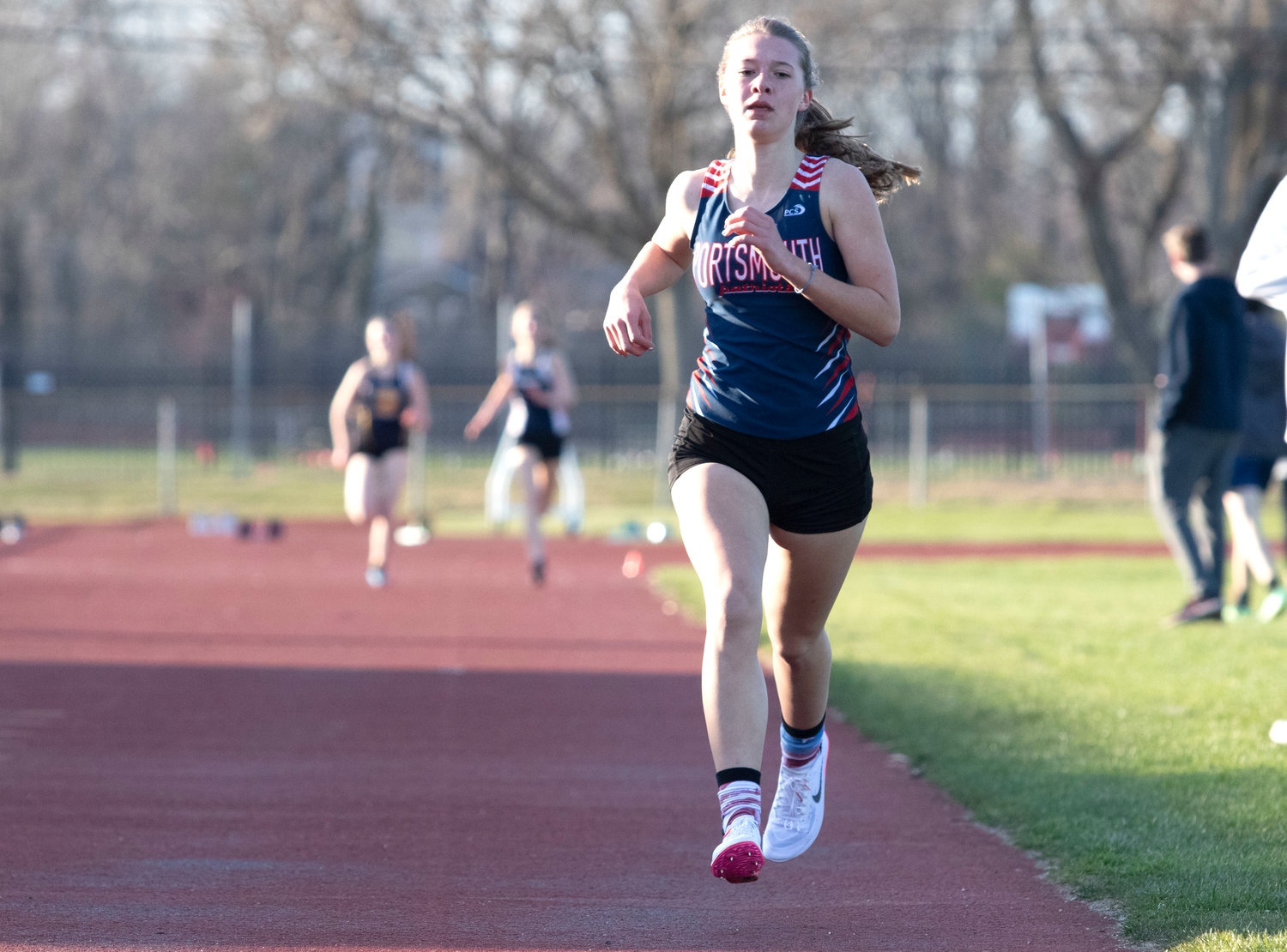 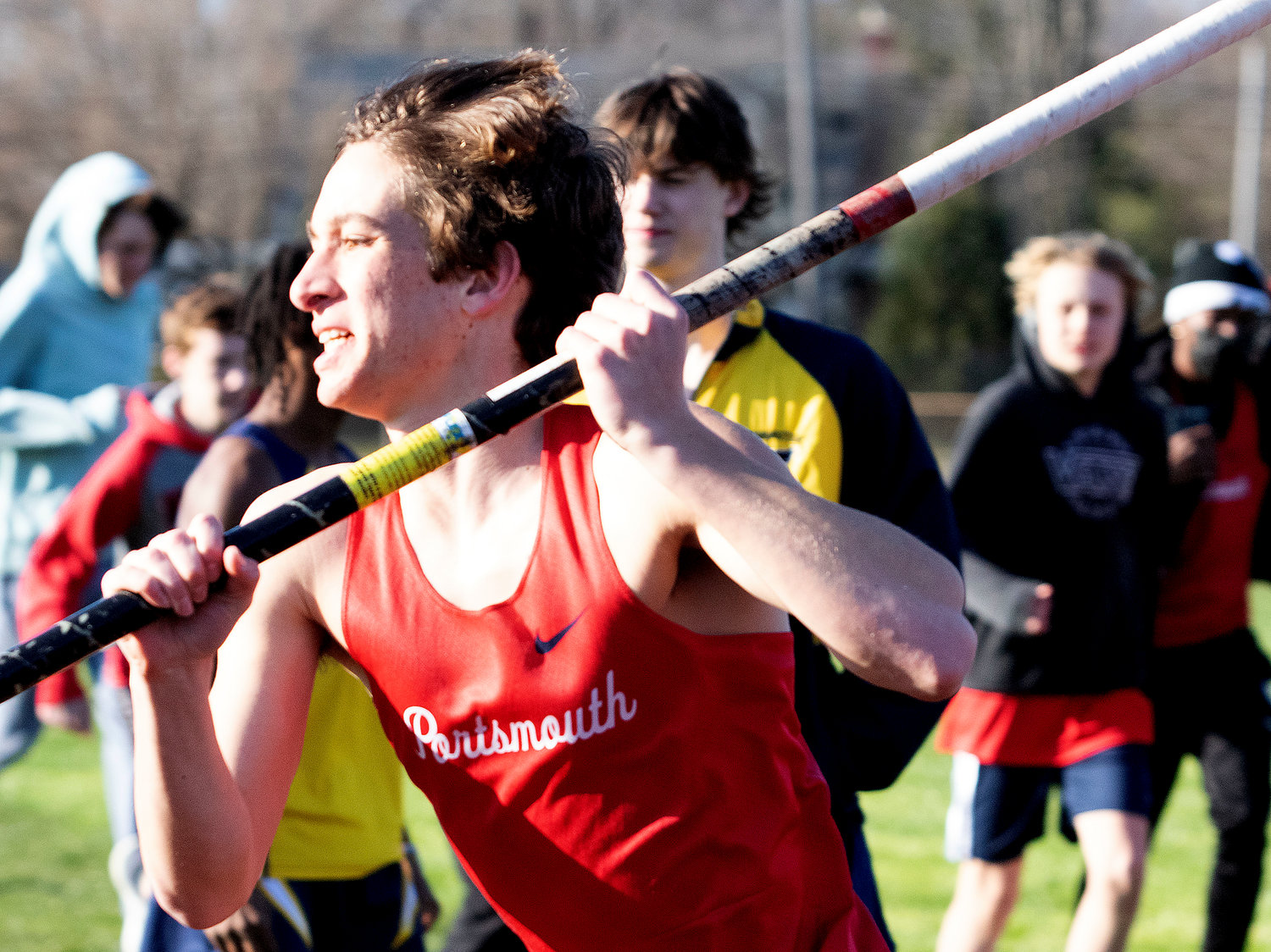 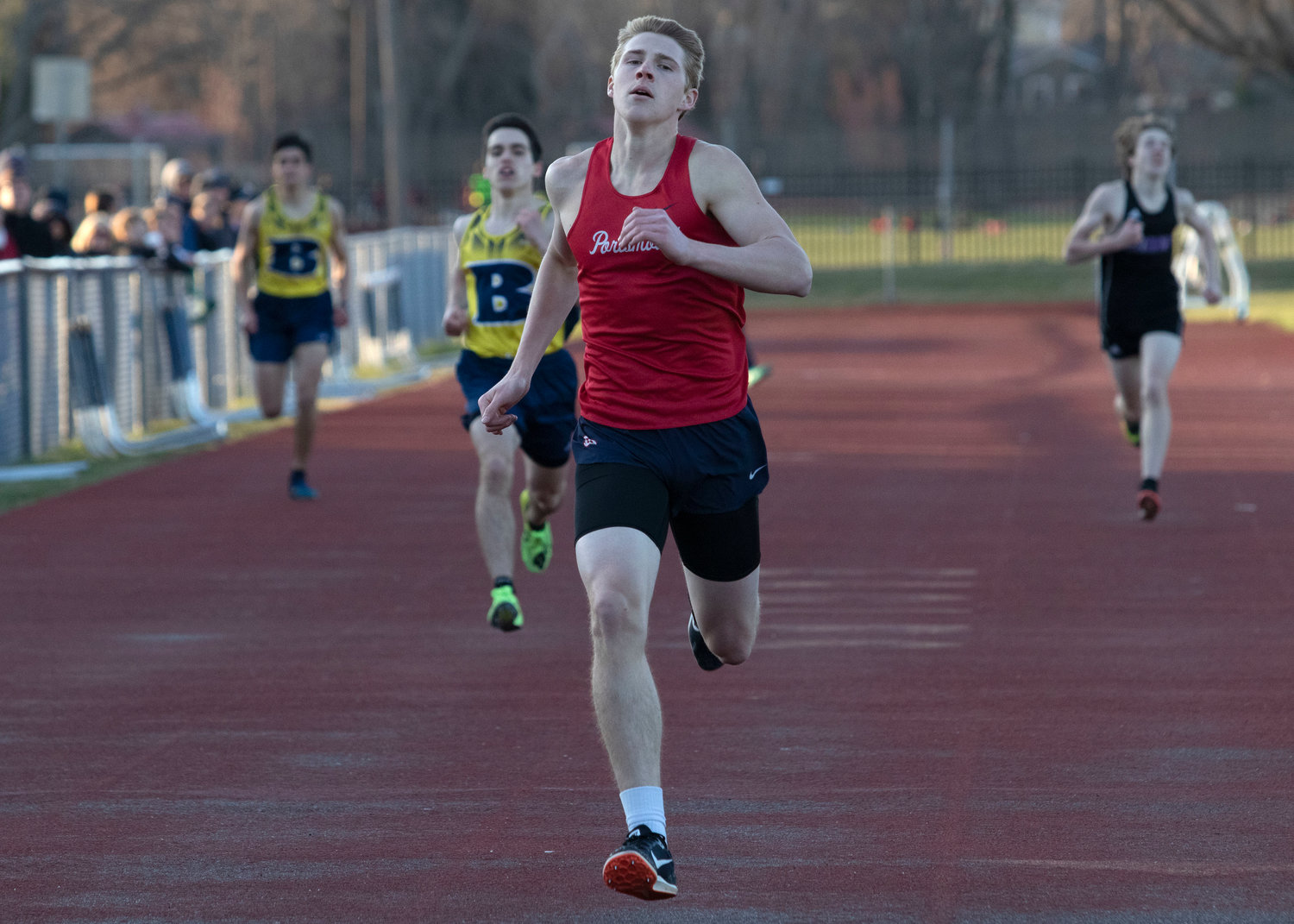 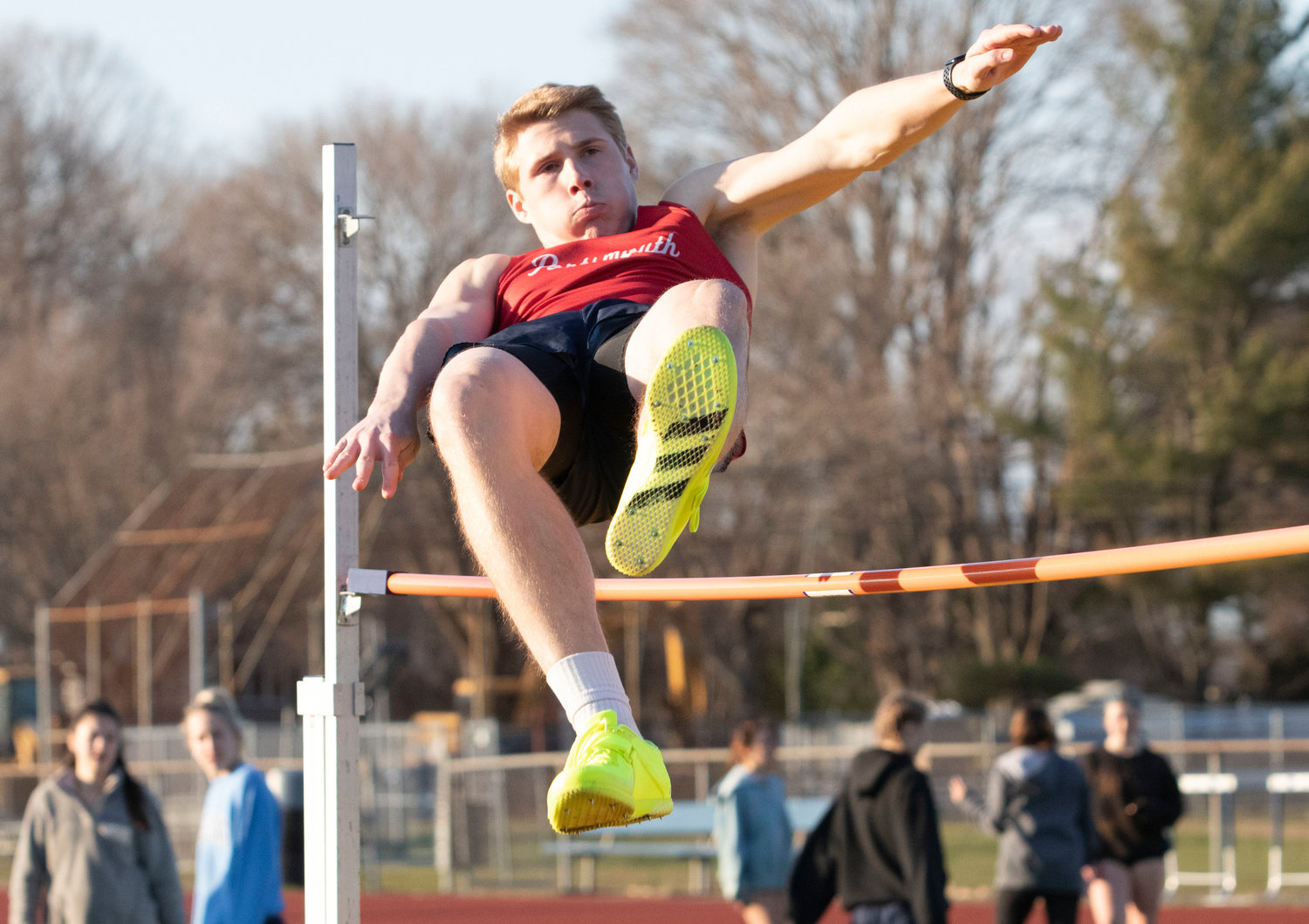 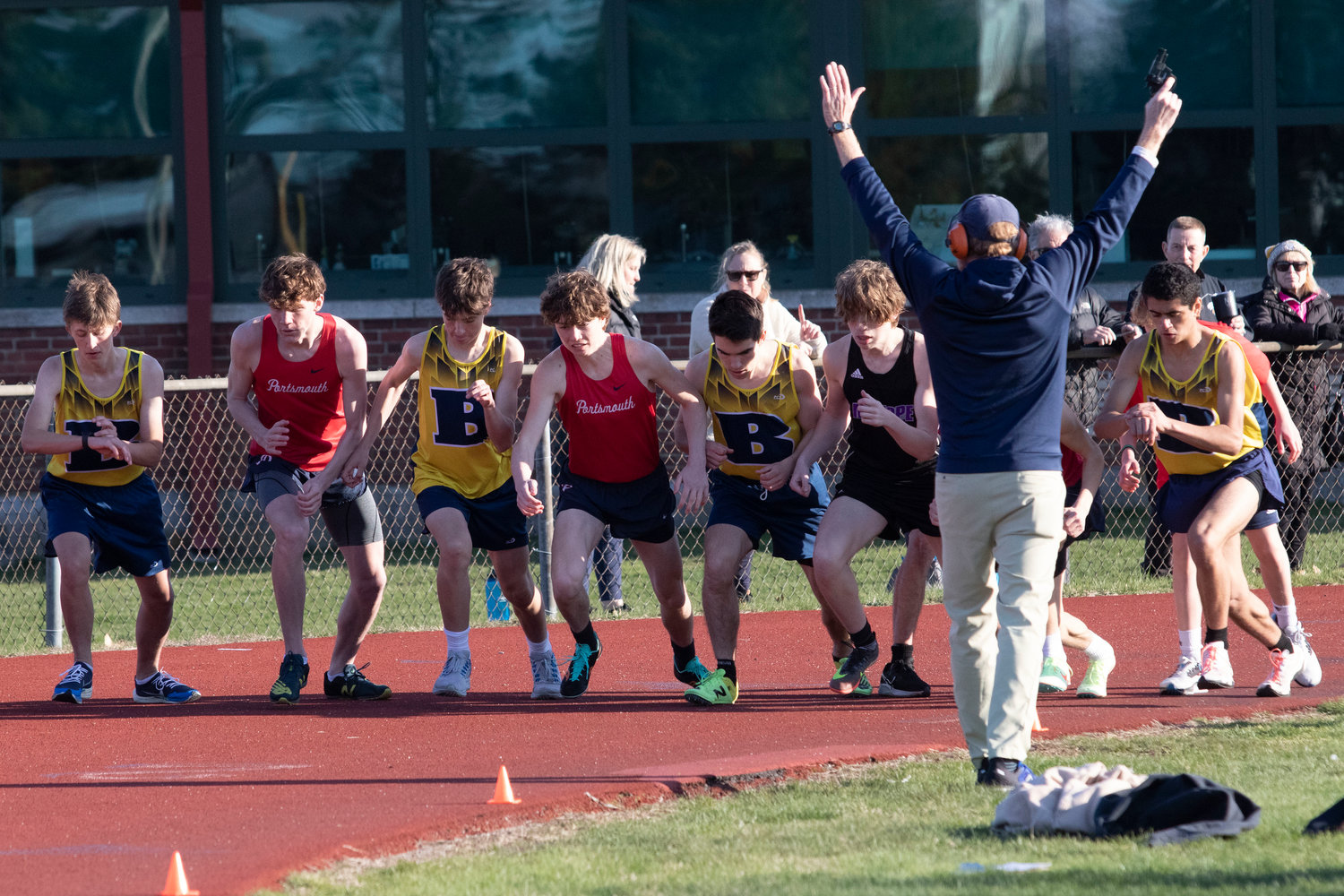 Runners jockey for position at the start of the boys’ 1,500-meter run, which was won by Portsmouth High’s Kaden Kluth.
RICHARD W. DIONNE, JR.
Previous Next
Posted Wednesday, April 6, 2022 3:26 pm

Colby Fahrney, Kaden Kluth and Harrison Goodfriend all had big days for the Patriots.

“Colby is stepping up for us and learning the triple jump. He’s got a lot of potential there. He also ran a great 200 race for the win,” said head coach Shaun Horgan.

“Kaden ran two semi-conservative races in the (1,500 and 3,000) for the win, and let it all out on the (relay) with a 51.9 split. We are aiming to peak in June, so these are just basically workouts for him at this point,” Horgan said.

Goodfriend, in addition to participating in the winning relay race, also won the 800-meter run (2:03) and the pole vault (8 feet even).

“I was pleasantly surprised with Harrison’s 800 time,” said Horgan. “To start the season with that amount of strength is impressive. He’s going to shine this season.”

Other first-place winners were Brady in the 400-meter dash (53.2 seconds) and Nikolai Loyola in the high jump (5 feet, 6 inches).

“Loyola was a great pickup for us this year,” Horgan said. “He’s an outstanding athlete and brings a lot of energy to the team. Big win for Nik in the high jump, also second in the long jump.”

“These are very technical events and he handles them very well, and he’s only a sophomore,” Horgan said.

The coach said the team had trouble competing in the throwing events with Barrington, which has great depth because it has a dedicated throwing coach, unlike Portsmouth.

“We will see them again at the Division Championships and try again for the win,” he said.