Friends rally against hate in Westport

Nearly 100 people of all faiths, shapes, sizes, colors, denominations and persuasions came together at the Westport Friends Meeting House Sunday afternoon to stand together in love and tolerance, and …

Friends rally against hate in Westport 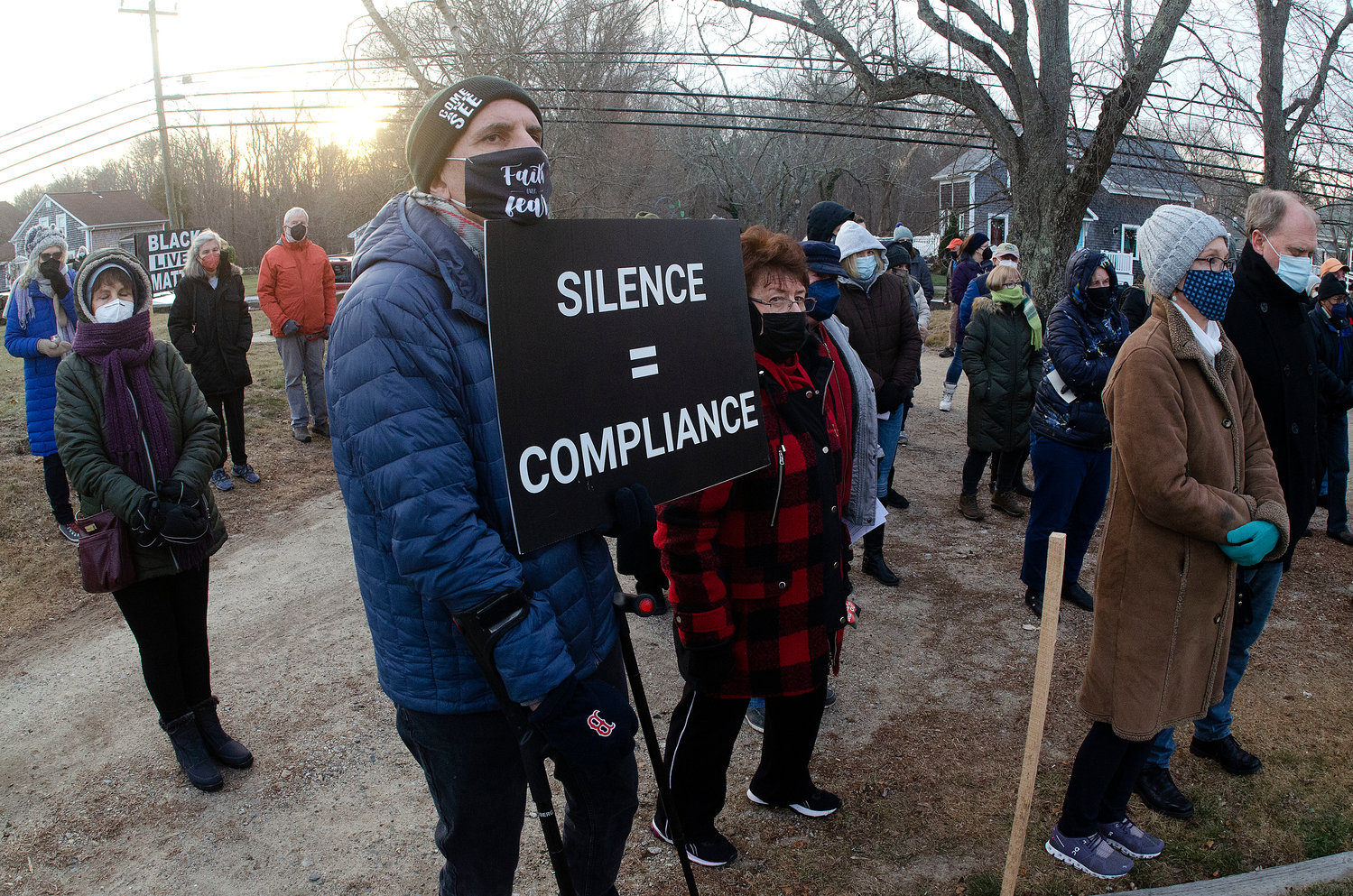 Martin Costa (left) holds a sign as he and others look on during the vigil.
RICHARD W. DIONNE JR. 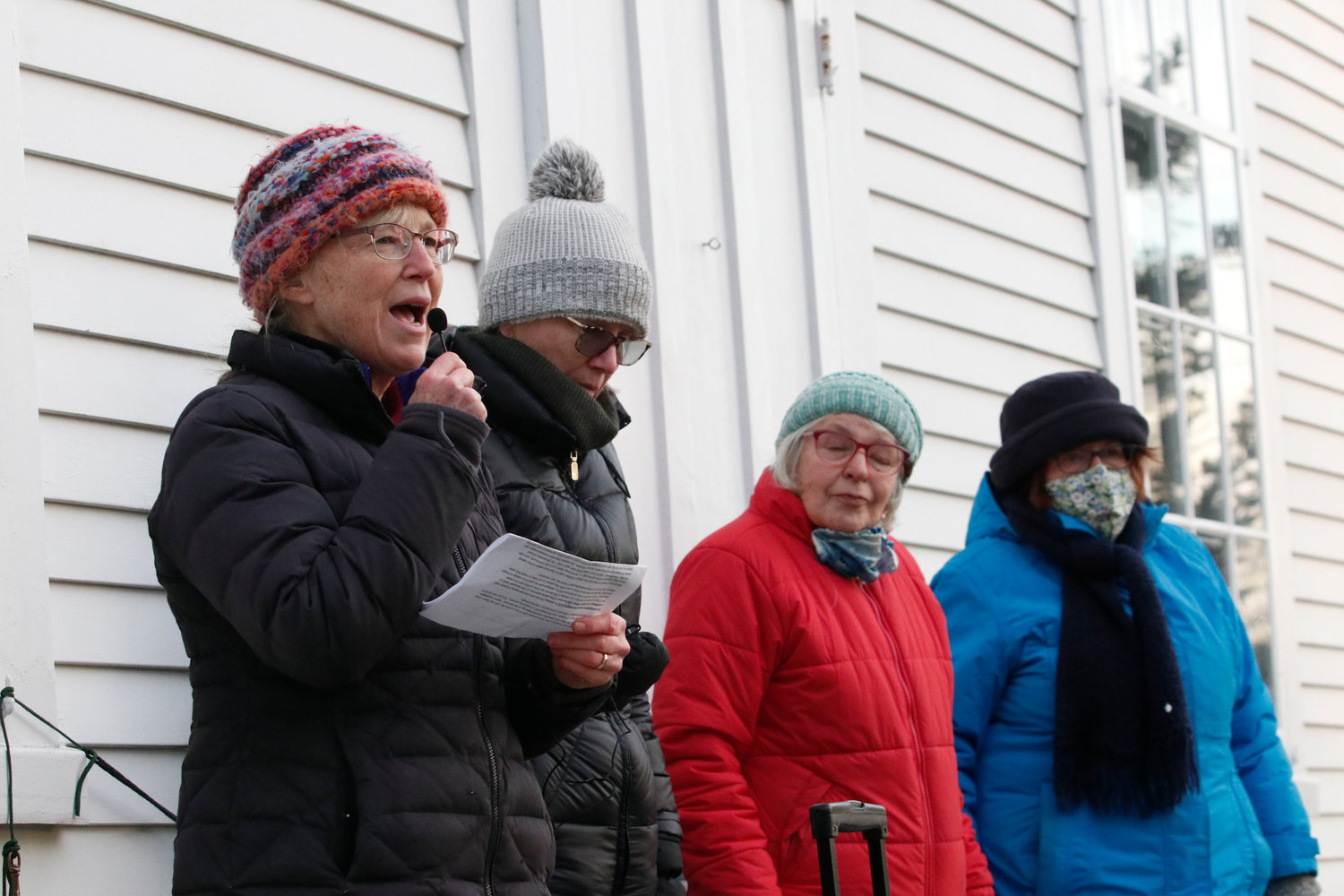 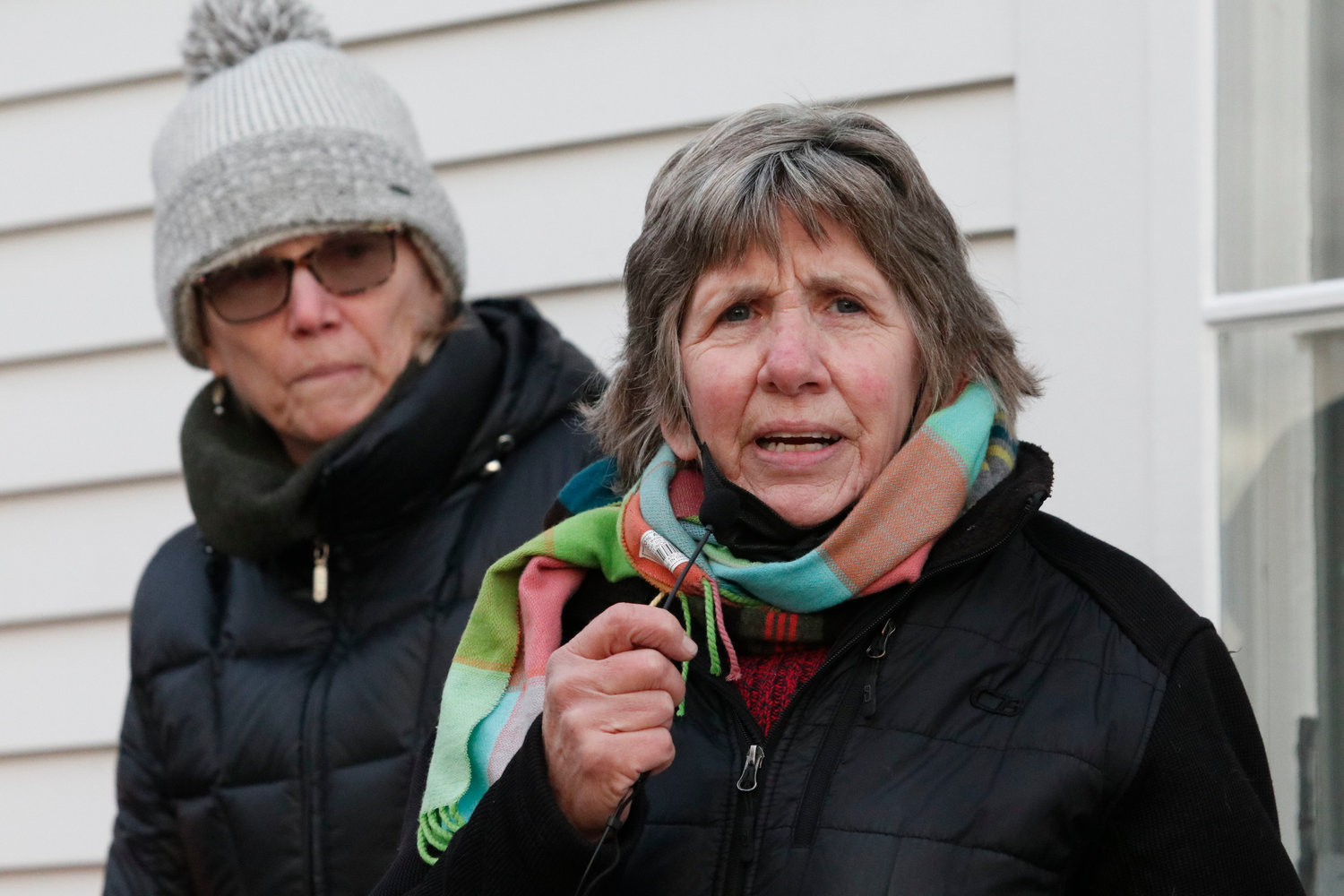 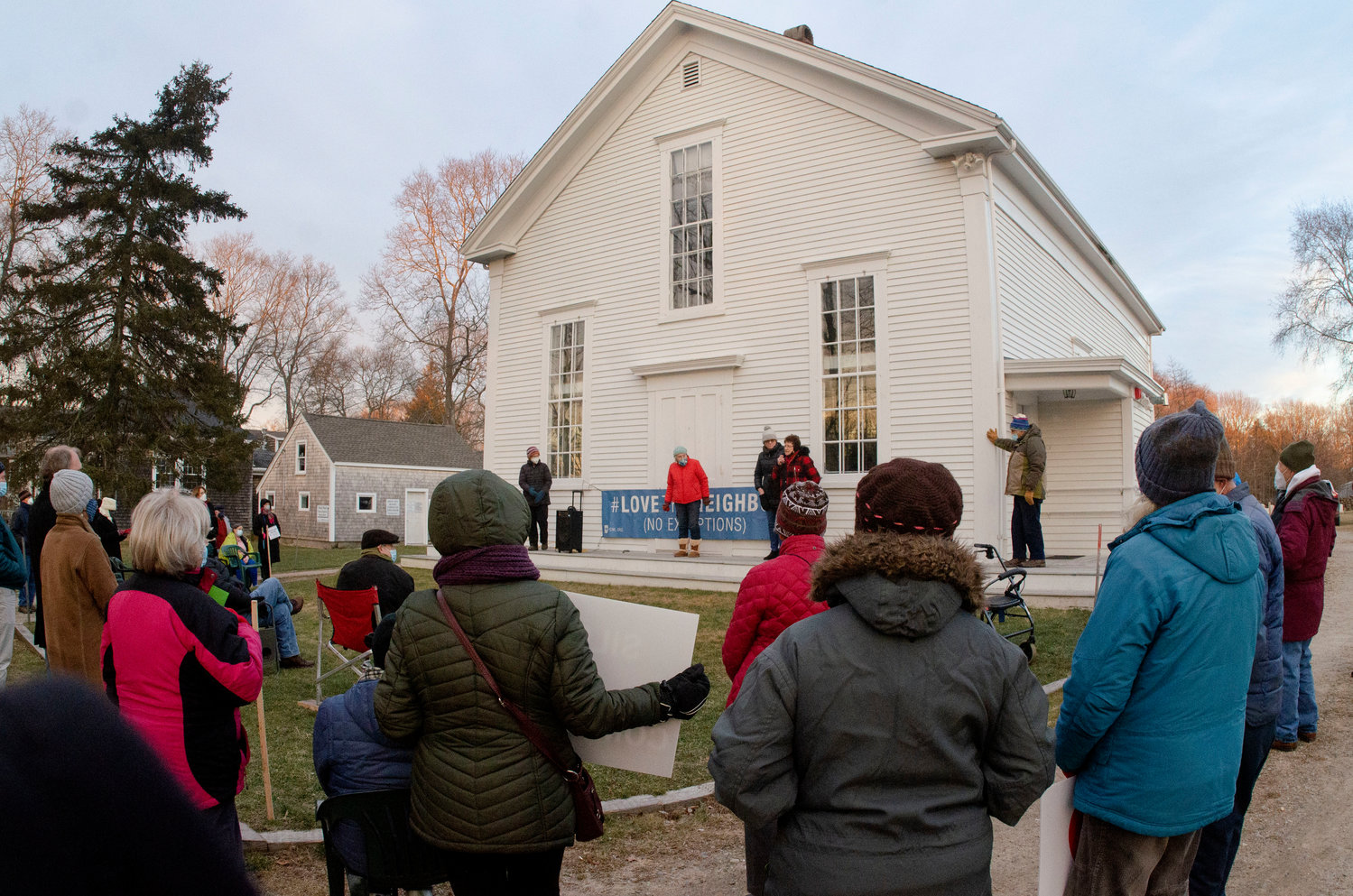 Susan Czernicka (middle) member of the Friends' peace and social committee, speaks out during the peace vigil.
RICHARD W. DIONNE JR.
Previous Next
Posted Wednesday, January 26, 2022 11:07 am
By Ted Hayes

Nearly 100 people of all faiths, shapes, sizes, colors, denominations and persuasions came together at the Westport Friends Meeting House Sunday afternoon to stand together in love and tolerance, and to reject the hate that showed itself at the meeting house last fall.

Between August and November of last year, unknown vandals stole seven "Black Lives Matter" banners placed in front of the meeting house at 938 Main Road, ultimately leading Friends to replace those temporary banners with a permanent wooden and they hope, theft and vandal-proof, Black Lives Matter sign. Sunday's vigil was planned as an multi-denominal response to the rash of thefts, and much like the original decision to raise the banners, it centered on understanding, solidarity and inclusion.

"The original goal of our hanging of the BLM banners was to be a public ally with the Black Lives Matter movement," Gretchen Baker Smith, of the Friends, said. "We have met obstacles including stealing of the banners, hateful messages left both on voicemail and paper, and the destruction of personal property. We are now trying to address that confrontation while still continuing our original witness."

"As we have reached out to other community leaders with our struggle we have realized that an undercurrent of intolerance exists that is not only directed at us but he LGBTQ community, as well as others," said Pamela Drouin. "Today we want to ask you to join us in saying clearly that hate has no place in Westport."

Speakers said that hate must be greeted and responded to with love, if the community is going to move and grow together.

"We are trying to look at the individual who is stealing the banners and damaging property with compassion," Baker Smith said. "It is really difficult. But the heart of the peace testimony is that because there is that of God in everyone, we are to go directly to the person we have conflict with and seek resolution — not by coercion or by punishment but by dialog with the goal of a change of heart and mind. The dialog we would love to have with this person is not likely to meet that goal. However the community awareness/discussion could be very important."