Armed with a picker and bucket, Anthony “Tony” Silvia Jr., 66, has spent a majority of his life patrolling the beaches at the end of Town Way to keep the shoreline spotless. 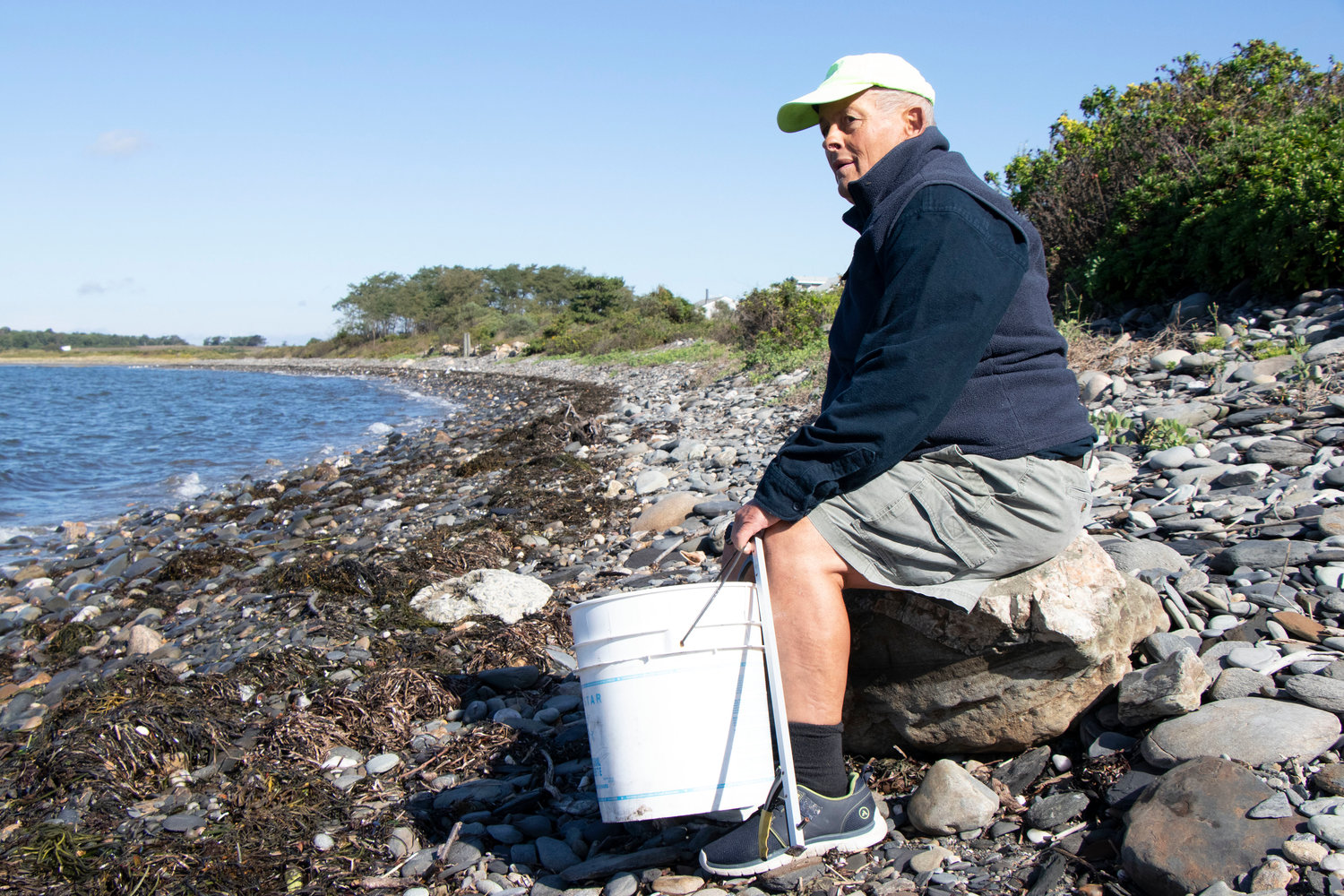 Armed with a picker and bucket, Anthony “Tony” Silvia Jr., 66, has spent a majority of his life patrolling the beaches at the end of Town Way to keep the shoreline spotless.

A lifelong resident of Little Compton, he cleans the beach twice a day, year-round, and has been picking up litter along the waterway since he was about 16. Half a century later, he has no plans of stopping.
“It’s his heart and soul,” said his mother, Catherine Silvia. “He’s been doing this for years, way before people were really concerned for the environment."

"Sometimes at 6 or 7 in the morning, he’ll be up and ready for me to bring him to the beach,” said Catherine. “He’ll spend hours out here, walking back and forth. He does it in the mornings, goes on walks during the day, and does it again at night.”

With his family’s home just a few minutes from the water, Tony often swims at the beach after he’s finished clearing the trash and debris. Along with his mother, sisters or nieces as chaperones, he swims almost every day from May to September.

“Some people don’t respect this area, but he does, and he’s very overprotective about it,” said Juanita Holland, Tony’s youngest sister.

“This is his outlet. This is the only thing he does. This is his routine. He really just enjoys coming out here. We’re all so fortunate that we’re so close to the beach.”

His passion for preserving the environment is evident, especially through his work in the greenhouse at the James L. Maher Center’s horticulture department in Middletown. He worked there for 38 years before funding cuts closed the greenhouse in 2015.

“We are very fortunate in these coastal environments that we have people out here doing this,” said Huxley Conklin, a local resident, who came across Tony cleaning trash one recent morning.

Neighbors are grateful for Tony’s dedication, including Conor Geary and Kathryn Hamel, who wrote a letter to the Little Compton Town Council and Beach Commission in hopes that Tony would receive some sort of compensation or recognition for his continued conservation efforts.

“The beach at the bottom of Town Way stretching to Almy Creek is one of the jewels of our coast, and Anthony keeps it immaculately clean,” she wrote. “Anthony loves this beach and has been called ‘the guardian of the seashore’...He is an asset to our community who contributes much more than most.”

Profiles in farming: The garden of Eva