A prolific potter and artist, she supported all things artistic in the Westport community

Nancy Dale Meeker was born April 27, 1951, in East Orange, N.J. Her family settled in Rumson, N.J., and her childhood years were spent in the surrounding seashore towns.

A prolific potter and artist, she supported all things artistic in the Westport community 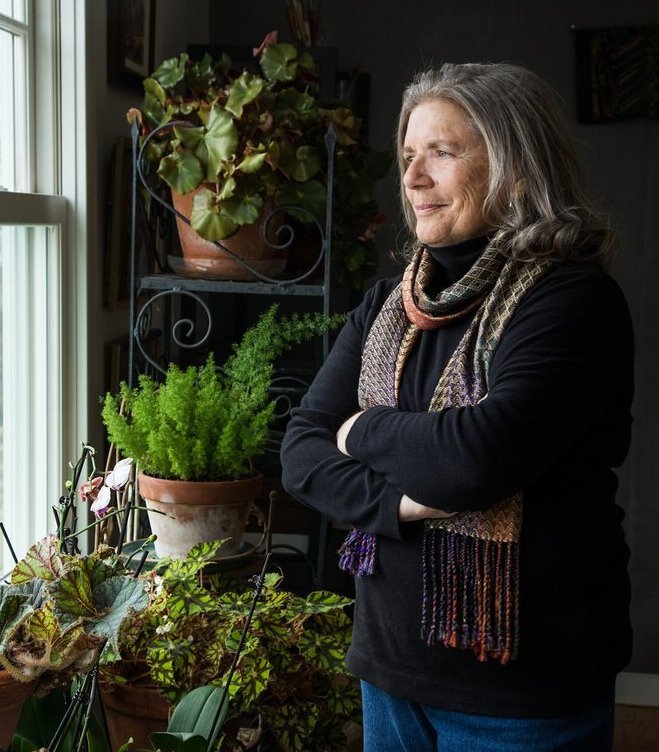 Nancy Dale Meeker was born April 27, 1951, in East Orange, N.J. Her family settled in Rumson, N.J., and her childhood years were spent in the surrounding seashore towns.

Nancee graduated from Rumson-Fair Haven Regional High School in 1969. She attended Skidmore College in Saratoga Springs, N.Y., studying studio art. She started her first pottery studio the day she graduated from college in 1973, and spent the next 25 years realizing her dream of becoming an independent and successful studio potter.

A move to the Hudson Valley village of Rhinecliff, N.Y., where she renovated a farmhouse into a home, transformed a barn into an artist’s studio, and built a kiln in the backyard, helped propel her career forward.

Nancee spent countless hours in the studio — working at the wheel, experimenting with different clays and slips, carving and burnishing the pieces, firing them in the kiln, and smoking them in sawdust. She marketed her work through galleries and invitational juried craft shows throughout the country.

Nancee’s work can be found in numerous private and public collections, including the Smithsonian Institution Museum of American History, Washington, DC; the Museum of Fine Arts, Boston; the Crocker Museum of Art, Sacramento and many more.

She participated in workshops with well-known Southwestern potters. She lived in Ireland for a year and traveled in Japan, New Zealand, Australia, Turkey and Wales.

In 1997, after years of working at the potter’s wheel, she began classes at the Muscular Therapy Institution in Boston.  She transitioned to a career in muscular therapy and moved to Westport, where she bought a house overlooking the Westport River, transformed that house into a home, and established her muscular therapy practice in East Providence.

After 15 years, she stepped back from that business and spent her days gardening and walking her dogs at the beach, collecting driftwood, rocks, shells, seaglass, and “all sorts of things from the edge of the ocean” that she transformed into shadowbox pieces of art.

Nancee supported all things artistic in the Westport community — she was a proud supporter of the Westport River Watershed Alliance and donated pieces of her work to their benefit auctions. She exhibited in the Southcoast Artists Art-Drive Open Studio tours. She was also a champion of local farmers markets, farmstands and CSAs. Her kindness extended to the animals in her life. Some she actively sought out and some fate determined she would care for.

Nancee left her mark where ever she went and will be missed by family and friends: her brothers and sister-in-laws Larry and Carole Meeker of Marina, Calif., and Bill and Karen Meeker of Ames, IA; her niece and family Katherine Meeker and Josh Mandelbaum, and Liam and Ayla, of DesMoines, IA; and numerous friends from East Coast to West Coast to Europe, Australia, Africa and beyond.

Suggested donations in Nancee’s memory can be made to your local animal shelter.