The severely shoaling federal channel into and out of the Westport River is causing nearly daily groundings, forced one commercial boat owner to abandon his berth at the town dock altogether, and is … 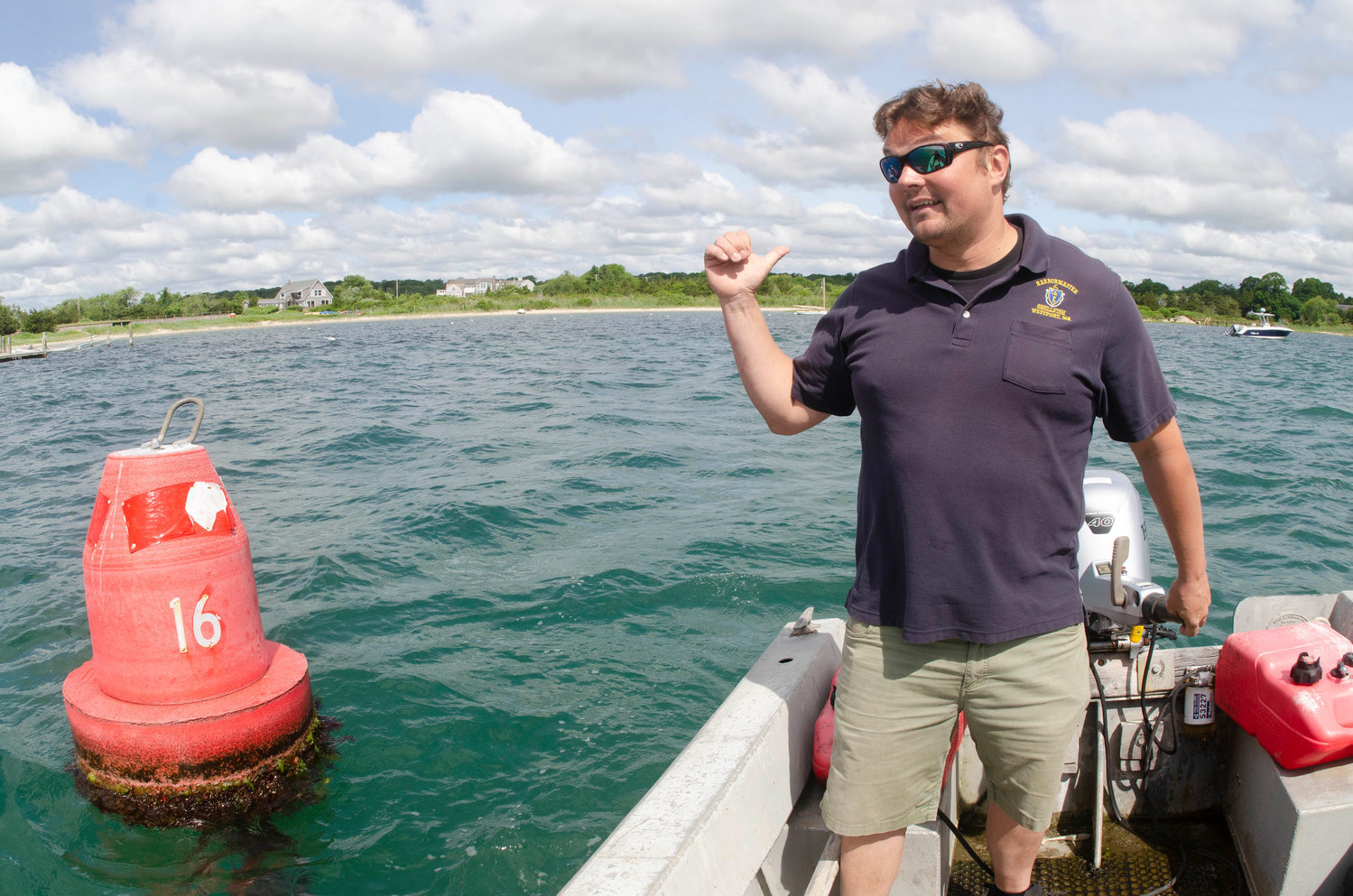 Harbormaster Chris Leonard inspects a buoy near the Spindle Rock club back in early June. Since then, he said, Westport's problems have grown worse.
RICHARD W. DIONNE JR. 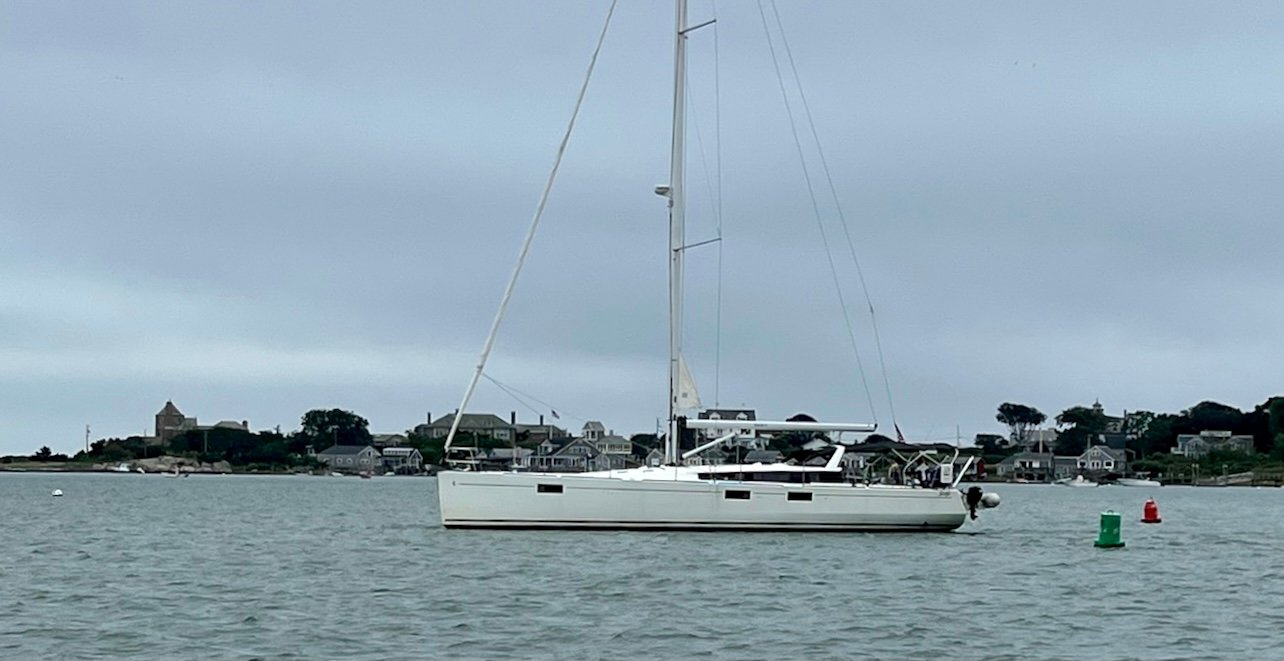 The grounding of this 60-foot sloop in the center of Westport's federal channel convinced harbormaster Chris Leonard to reach out to the United States Coast Guard's Aids to Navigation team last month. He's still waiting for the buoys to be moved to deeper water.
COURTESY CHRIS LEONARD 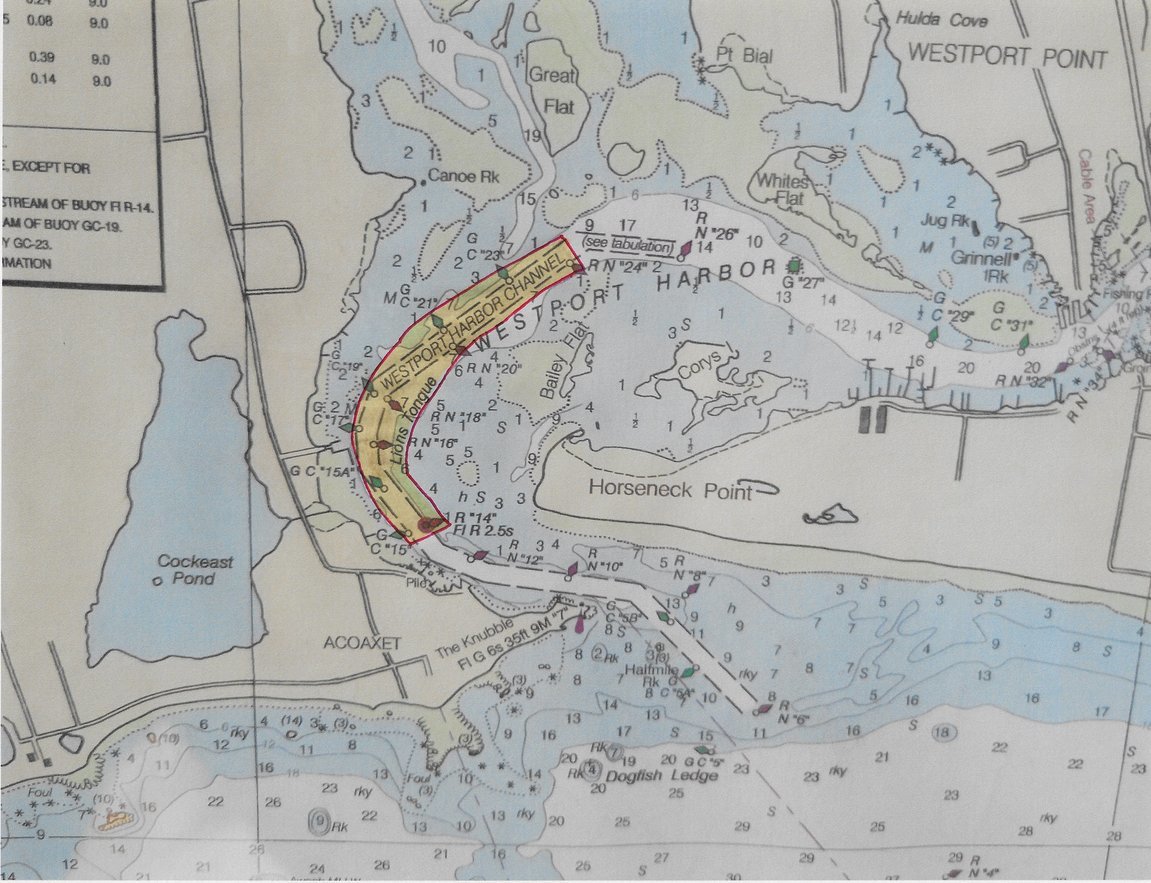 The severely shoaling federal channel into and out of the Westport River is causing nearly daily groundings, forced one commercial boat owner to abandon his berth at the town dock altogether, and is proving to be a giant headache for harbormaster Chris Leonard.

Three years after he first started speaking to the United States Army Corps of Engineers about dredging the federal channel, and months after the promise of funding for the major project seemed tantalizingly close, Leonard said his main priority now isn't even the long-term fix. For now, he said, he would settle for the Coast Guard's help in moving buoys around to direct mariners to where "good water" — deep enough for larger boats to pass — can be found.

"Something's really got to be done," he said. "We can't keep doing this."

The channel was last dredged 12 years ago, when workers from the US Army Corps of Engineers removed some 20,000 cubic yards of sand and deposited it on nearby beaches. Since then, it has filled in to a greater depth than it was prior to the last round of dredging. Leonard said at the start of the summer season that even then, parts of the channel, particularly near Spindle Rock, were "pretty much impassible for larger boats drawing four to six feet, and finding good water at all tides has come to an end."

Since then, it's only gotten worse.

"On a sunny day, with your polarized glasses on, if you're ... looking over to Spindle Rock, it's a joke. You're like, 'Why is it even marked?'

Leonard said he has the support of the local legislative delegation, as well as Congressman WIlliam Keating, who months ago said he was exploring the options for federally funding a major channel dredging project here. But while he's hopeful that a solution will be found, it's realistically not going to be soon enough to prevent issues in Westport.

"We've had one commercial vessel move out of Westport completely and say, 'This is not working for us,'" he said. "Others have had ground strikes. Haul out and fix. It's kind of insanity trying to run the same federal channel the same way, looking for different results."

There has been one bright spot this summer, and Leonard hopes to exploit it to give boaters a better chance of getting in and out of the channel while a longer-term solution is studied and hopefully funded. An auxiliary channel has been forming just to the east of the main channel's marked path, and while it's not buoyed, he believes it should be.

For much of the summer, Leonard has been in regular contact with the Coast Guard's Aids to Navigation team in Bristol, hoping to impress on the leadership there of the need to bring the stations' buoy tending boats down and move channel markers. He wants them to move from cans 20 and 12. Though it's not much, the additional depth in that area is preferable than directing boats to stay in the main channel, where groundings have become near daily events, he said.

While both the Coast Guard and Army Corps have taken soundings and other measurements of the channel over the summer, he said, he has had less luck convincing the navigation team of the urgency of moving buoys.

He told the Harbor Advisory Commission in mid-September that he finally reached a breaking point about two weeks earlier, when a 60-foot sloop ran aground in the area. Soon after, he was on the phone with Bristol, where he said he was given assurances that buoy tenders would be down. Since then, he said Monday, he's still waiting.

Even though he calls the auxiliary channel a "bandaid," Leonard said it's likely the best temporary course of action while the long wait for federal funding for a large dredging project is studied. While he has support from the local legislative delegation and Congressman Keating, he said he realizes any federal plan will take time.

"This is a Bristol Aids to Navigation bandaid," he said. "If we were to mark this auxiliary channel, I don't know what we would find if it keeps ... moving."

But its got good water now, he said, and would greatly aid mariners who now regularly complain to him about the untenable conditions here.

"You must be getting a lot of flak," a harbor advisory member joked.

Profiles in farming: The garden of Eva