Select board assigns right to purchase 31 acres off Main Road to Buzzards Bay Coalition, ending would-be buyer's dream of owning her own farm

The Westport Select Board voted unanimously last Monday to assign its right to purchase a 31-acre tract of land off Main Road to the Buzzards Bay Coalition, in a deal that while widely supported by …

Select board assigns right to purchase 31 acres off Main Road to Buzzards Bay Coalition, ending would-be buyer's dream of owning her own farm 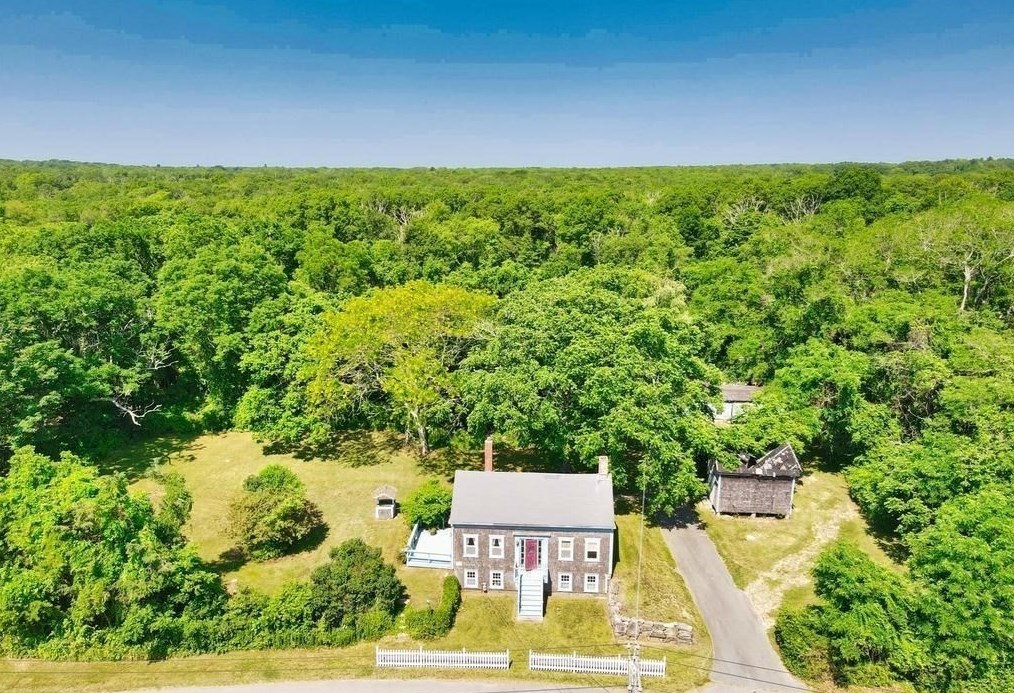 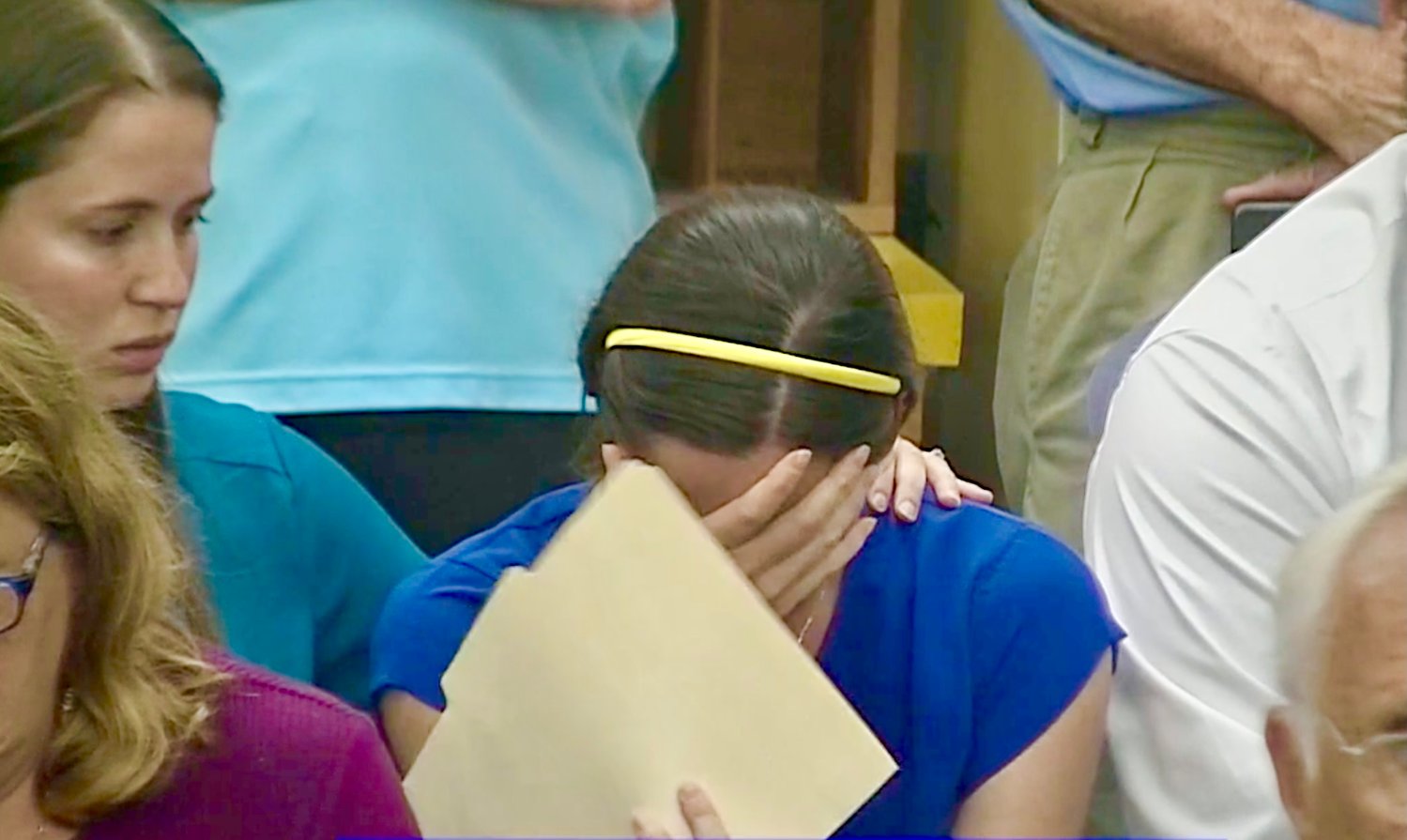 Stephanie Cormier, who had hoped to purchase the property, cries as board member Brian Valcourt makes a motion to transfer the right of first refusal to the Buzzards Bay Coalition. 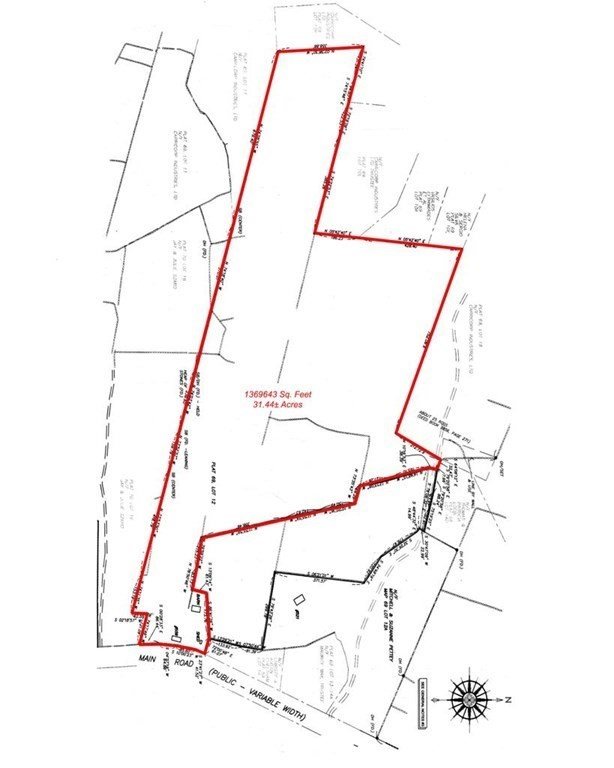 I have dreamed of having a farm since I was a little girl ... please don't take this from me.”
Stephanie Cormier

We don't need more development right around this part of the south fork of Snell Brook. It's really important to try to save it.”
Planning board chairman James Whitin

We understand that there are people involved. But what we're trying to do is save a piece of property (and) guarantee that it can't be developed.”
Select board member Brian Valcourt

We want to maximize the conservation of the parcel as much as possible. We might rent the house, or we might sell the house with a little bit of land around the property. We haven't pieced together our strategy for it.”
Allen Decker, Buzzards Bay Coalition
By Ted Hayes

The Westport Select Board voted unanimously last Monday to assign its right to purchase a 31-acre tract of land off Main Road to the Buzzards Bay Coalition, in a deal that while widely supported by conservationists comes as a devastating blow to a Dartmouth woman who had hoped to purchase the property and fulfill a dream of owning a farm.

The land, which runs west from 559 Main Road, contains the headwaters of Snell Brook, one of six cold water streams in Westport and only nine similar waterbodies in the state of Massachusetts. Portions of the land abut another tract containing portions of Angeline Brook, another similar cold water stream. Though the property includes a circa 1830 home, the Edmund Tripp House, it is mostly wooded.

The property has been owned by the Pettey family since 1923 and for years has been classified under Massachusetts' Chapter 61A, an agricultural conservation program that gives property owners tax incentives to hold their land for agricultural purposes.

Owner Mitchell Pettey told the select board at a meeting last month that he has long wanted to see the land protected. But due to his family's financial realities, he said, he and his family decided they had few options but to sell and placed the property on the market last year for $749,000. At the same time, he said, the Petteys approached both the coalition and the Westport Land Conservation Trust to gauge their interest.

When both declined to pursue a possible purchase, he said, he continued to market the property and in late April reached an agreement with Dartmouth resident Stephanie Cormier, a young mother who for years has dreamed of owning her own horse farm.

As per their responsibility to the town under the Chapter 61A program, the Petteys in May informed town officials of their intention to sell to Cormier. That activated a clause in 61A that gave the town three options: Purchase the property, decline the town's right of first refusal to purchase it, or assign that right to another entity. It also gave the town 120 days to decide which route to take. That right expires this coming Saturday, Sept. 24.

Following the Petteys' communication to the town, there was little response and over the summer Cormier worked to secure financing and straighten out other details of the possible sale. By last week, she was ready to move forward and complete the purchase.

But while Cormier was not aware of it, the town was working concurrently to gauge input from various boards and commissions on what to do about the right of first refusal.

In late May, town administrator James Hartnett sent out a request to various town departments asking for input. The conservation commission and board of assessors both recommended releasing the right, the Agricultural/Open space Preservation Trust Fund Council recommended either purchasing the property or assigning the right to a non-profit, and the planning board did likewise.

"The reason is, it's a cold water spring. There's very few of them in Massachusetts and we have a lot of them. We don't need more development right around this part of the south fork of Snell Brook. It's really important to try to save it."

Whitin said planning officials started discussing the land and right with the coalition, and despite its earlier pass, Allen Decker, director of land protection at the Buzzards Bay Coalition, began looking into the possibility of acquiring the right.

"Snell Brook happens to be one of a very small number of streams ... that have native populations of sea run brook trout," he said last week. "That's one of the coalition's principal interests. What we would like to do is acquire the property from the current seller and make it a publicly accessible open reserve. We just believe that that's a good outcome for the property."

As the summer drew on, Cormier and Mackenzie Long, a friend and paralegal who has been helping her go through the legal process of buying the land, remained unaware of the discussions between the town and the coalition. Long said they finally found out about the coalition's interest and possible right assignment in late August, after the select board's first public discussion on the matter on Monday, August 15.

"Stephanie has since spent thousands of dollars over the last five months to get the clear to close from the lender, and is prepared to close on the property within one week of the board releasing the lien tonight," he told the select board last Monday.

Cormier also spoke Monday, and fought to hold back tears as she told the board of her plans to develop a small horse farm and possibly expand into small-scale organic farming and beekeeping at some later date.

"I have dreamed of having a farm since I was a little girl," she said. "I've made a lot of sacrifices to be here today in a position where I could purchase a piece of property like this. This property is perfect for me."

While unaware of the coalition's interest, she said, "I have spent hundreds of hours working towards this purchase and thousands of dollars in attorneys' fees and appraisals and inspections... only to find out in the very last weeks before the closing that it may be taken. I have no interest in chopping up this land or trying to subdivide it; in fact I was thrilled to learn that the property had wetlands on it because I would love to be a good steward of the land and protect it."

"I fully support the work that the Buzzards Bay Coalition does," she said. "But I can promise you this land will be in good hands with me. Please don't take this from me — I want more than anything to be a valuable and productive member of this community, and I will make the cutest darn little farm you've ever seen."

Board members Monday seemed sympathetic to Cormier's plight, but said their main interest is in protecting the land. Were they to decline their right and allow it to be released from 61A protection, several said, the town could lose out on a golden opportunity to secure a fragile piece of land that might otherwise be lost:

"It's one of those tough decisions that we hate to have to make," board member Steven Ouellette said. But "I think the best interest of the town is to try and preserve it."

Speaking to Cormier's not being aware of the town's discussions with the coalition, member Brian Valcourt added:

"One of the main reasons we're here is because occasionally things slip through the cracks, and that's what happened here. Unfortunately when Mr. Pettey came to the town (in May) ... at first they didn't feel like they had any interest in it. After further review and seeing it come before the ag com open space to release from 61A, many people realized how important it was to actually save this."

"It's a very difficult decision that this board has to make and it does not do this lightly," he said.

"We understand that there are people involved. But what we're trying to do is save a piece of property (and) guarantee that it can't be developed."

"Buzzards Bay Coalition stepped in and we were unaware they were going to do this before they did (but) when the opportunity presented itself we decided ... to let them come (in with) a proposal."

Though he reiterated that he was sorry about the impact it will have on Cormier, Valcourt made a motion to assign the right to the coalition. As he did, Cormier broke into tears, covered her face and ran out of the room, and was followed by Long and a few friends who comforted her out in the hallway. The board voted unanimously in favor of his motion minutes later.

The coalition now has an obligation to purchase the property from the Petteys at the same price agreed to by Cormier.

After the meeting, Decker said the organization will immediately begin fund-raising, and said "we envision that we would come to the town for some funding to close the funding gap; I think approximately $100,000 is what I think we would look for."

As for some suggestions made at last week's meeting that the coalition could come to an arrangement with Cormier and somehow involve her in the land's future, he said, that's a possibility.

"We want to maximize the conservation of the parcel as much as possible," he said. "We might rent the house, or we might sell the house with a little bit of land around the property. We haven't pieced together our strategy for it."

"All options are on the table, and it may include subdividing off a small part of the property and selling it to someone. That someone could include Ms. Cormier."