As Westport's federal channel continues to shoal, fishermen and boaters call for dredging. How, help may be on the way

By now, Chris Leonard has gotten used to the nearly daily calls from boaters who have run aground in the federal channel out of the Westport River, or who want to let him know how bad it's getting. …

As Westport's federal channel continues to shoal, fishermen and boaters call for dredging. How, help may be on the way 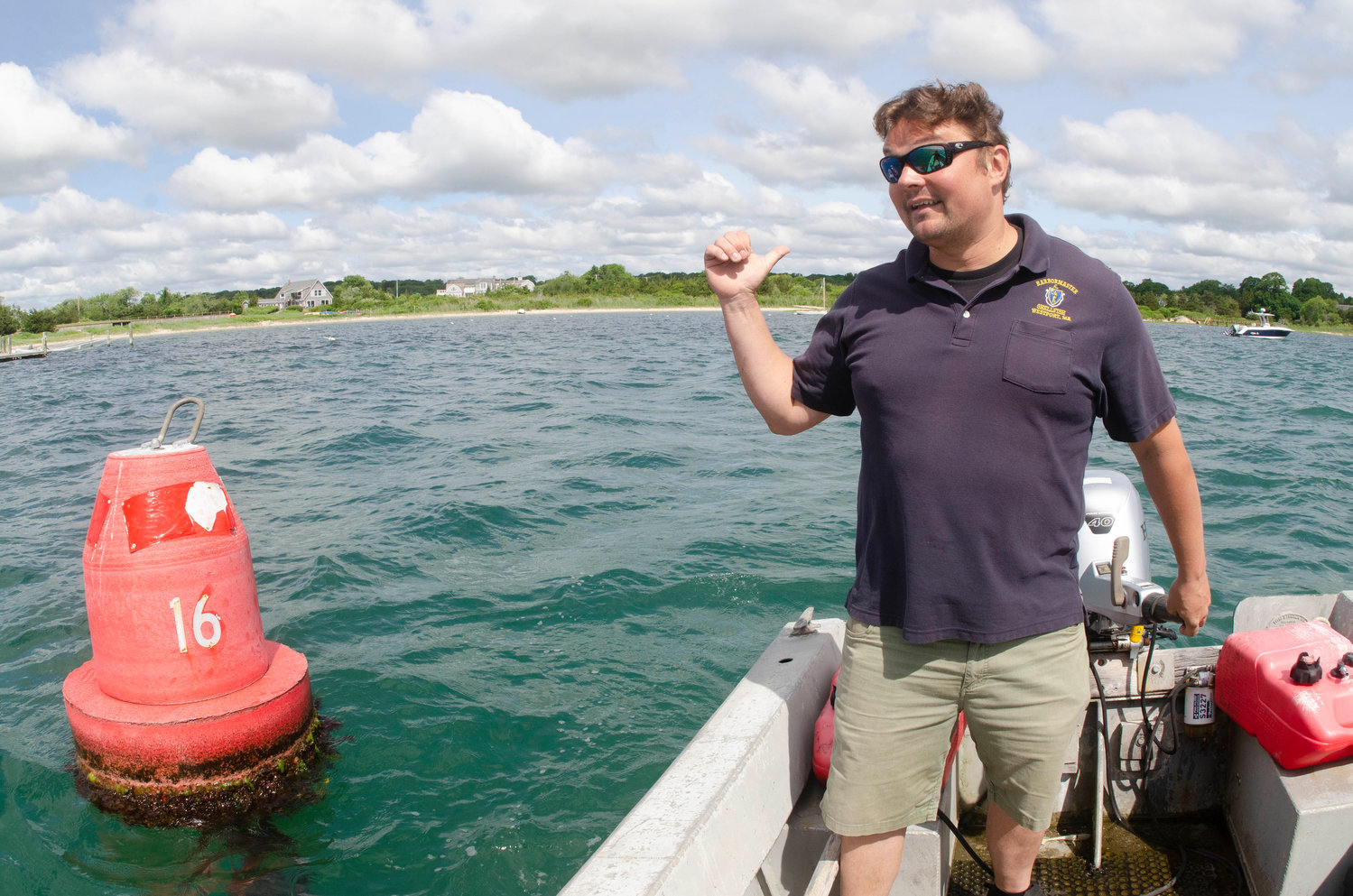 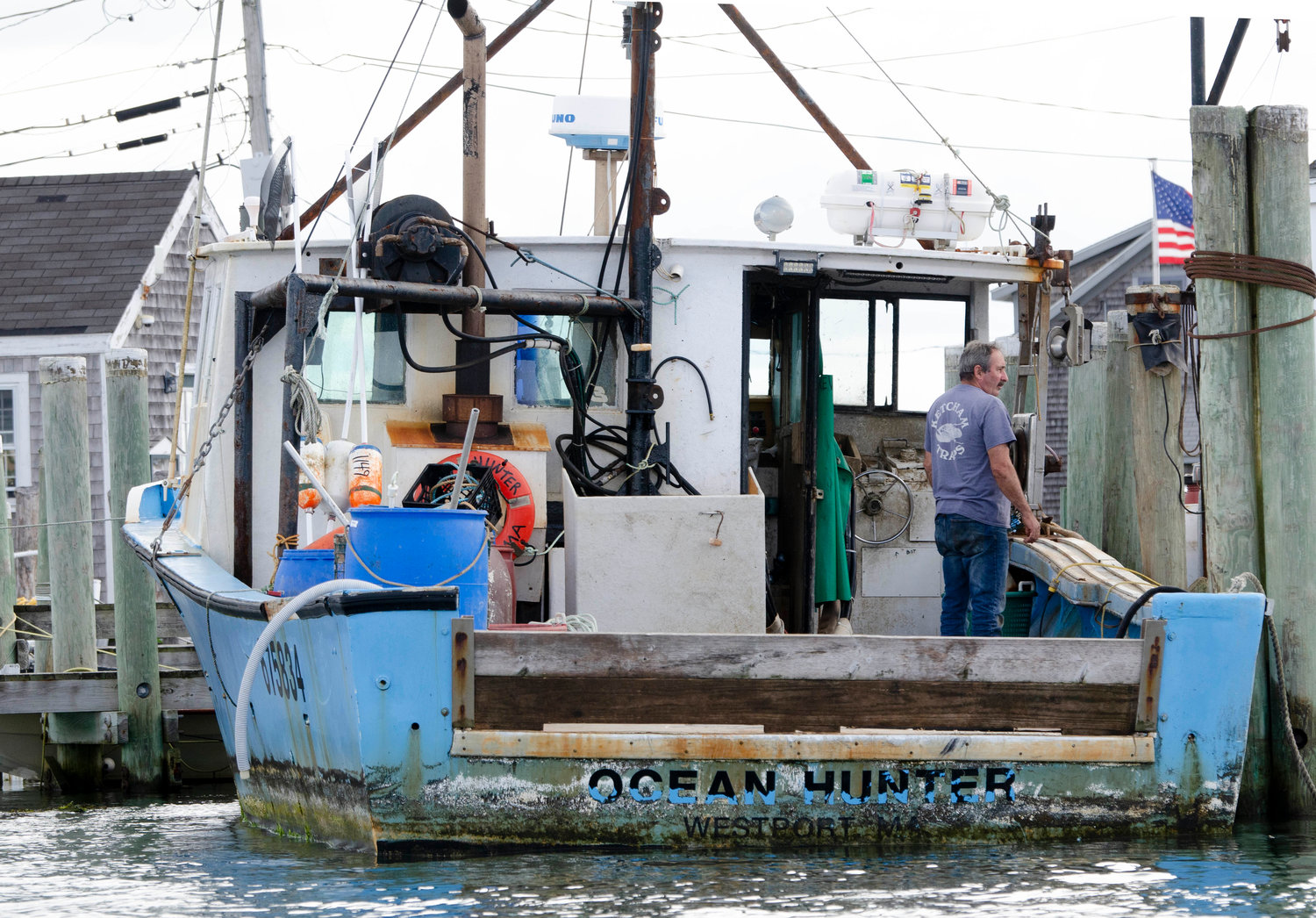 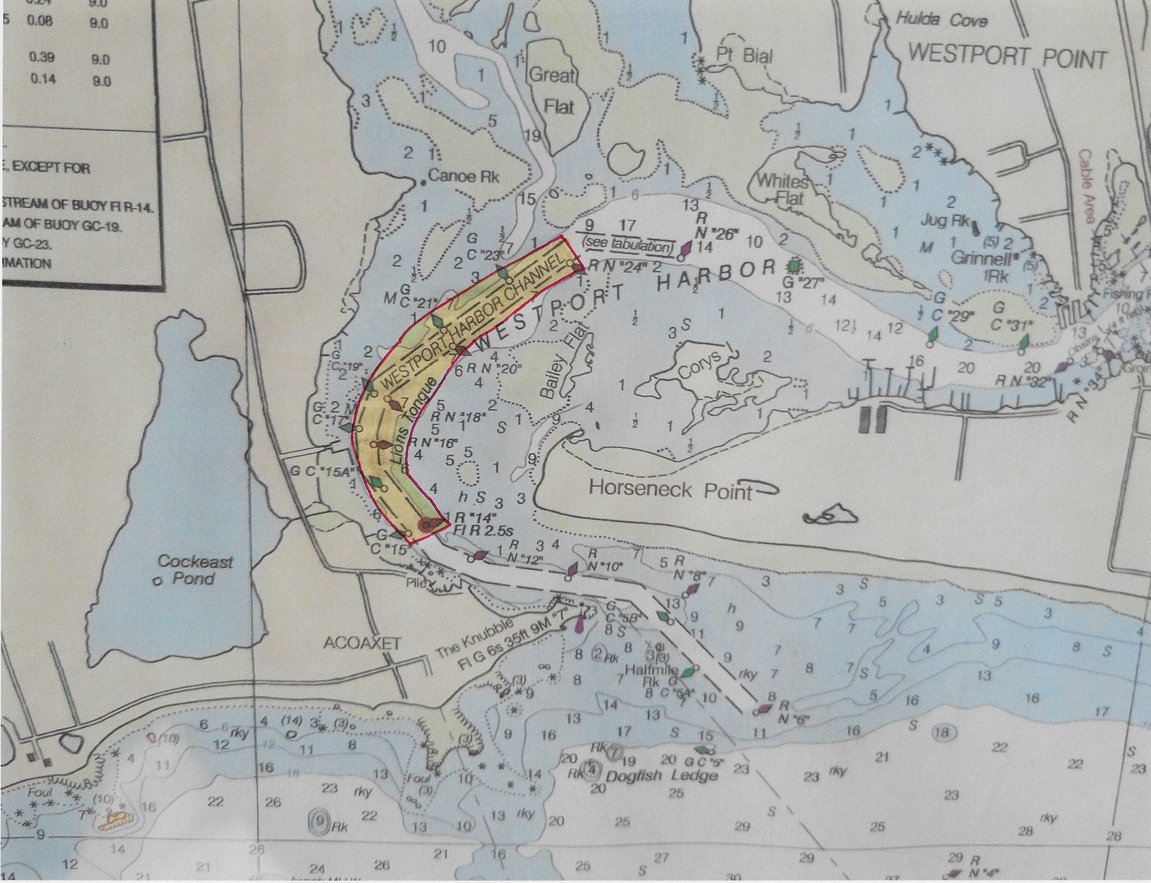 This navigational chart shows the worst, most shoaled-in stretch of the channel.
CHRIS LEONARD
Previous Next
Posted Wednesday, June 22, 2022 10:16 am
By Ted Hayes

By now, Chris Leonard has gotten used to the nearly daily calls from boaters who have run aground in the federal channel out of the Westport River, or who want to let him know how bad it's getting. He and other members of the town's marine services department even head out regularly in the town's 24-foot Privateer to try to help as best they can — "we've had to go and tow boats off and either try to get them through or turn them around," he said.

Now, it looks like there could be some federal help on the horizon for a shoaling problem that's been getting steadily worse for years.

The slow but steady shoaling of the channel, particularly between buoys 15 and 19 near Spindle Rock, has become a big problem for fishermen and the owners of larger recreational boats. At low tide, parts of the channel are as little as four feet deep, with the channel itself narrowing to less than 100 yards wide in the worst stretches.

As boaters and fishermen deal this year with rising gas prices and inflation, they're also having to contend with a channel bottom that allows some working and pleasure boats to come and go only at half tide or higher. Leonard said he's received many complaints from both commercial and recreational boaters, and numerous reports of vessels that have sustained keel damage — scrapes, scuffs and dings mostly — after running aground.

Wrote one commercial fisherman in a recent letter to Leonard:

"It has gotten so bad that I really can't expect to get through unless I'm within an hour or two of either side of high tide. Hopefully nature will help open up this area but if it does not, Westport is gonna be off limits this summer to many larger boats, and boats getting stuck and/or damaged will be a common occurrence."

"If this problem continues to get worse I may be forced to move my vessel to a different port," wrote another commercial fisherman. "The dredging of the channel is vital to keep Westport as a viable commercial fishing port and should be given high priority. At a time when the commercial fishing industry faces many other challenges, having a properly dredged channel in Westport would certainly be a welcome relief."

The channel was last dredged 12 years ago, when workers from the US Army Corps of Engineers removed some 20,000 cubic yards of sand and deposited it on nearby beaches. Since then, it has filled in to a greater depth than it was prior to the last round of dredging. Now, Leonard said, a new 'tongue' is forming, making the area "pretty much impassible for larger boats drawing four to six feet. Finding good water at all tides "has come to an end."

Leonard doesn't know why the problem seems to have accelerated in recent years, but suspects at least part of it might be due to the deteriorating breakwater that comes off boater's beach and the town beach, right at the turn across from the Knubble.

Leonard first reached out to the Army Corps about the issue two or three seasons ago. But "it's hard for a department head for a town to reach up to the federal level," so in 2020 he reached out to the United States Coast Guard's Aids to Navigation team in Bristol. The Aids team regularly sends out small boats to help move channel markers as needed to find good, passable water, and is well aware of the situation, he said.

The Bristol team in turn drafted a letter to the Army Corps, apprising them of the situation, and the region's representatives, senators and Congressmen were also brought into the discussion.

At the Select Board's Monday, June 6 meeting, Leonard got a welcome surprise during discussions on the issue, when chairwoman Shana Shufelt read aloud a letter from William Keating, Congressman for Massachusetts' 9th District, who wrote that he has been involved in discussions and hopes to have help on the way.

"It is clear from these discussions that there is a great need to dredge the federal channel," Keating wrote.

In late May, he added, he sent a letter to Michael Connor, head of the Army Corps of Engineers, seeking federal funding to dredge the channel, and to include the project in the corps' work plan for the 2023 fiscal year.

"It is my hope that this funding will be allocated and arrive in a timely manner that will allow for the use of the dredging vessels owned by the Army Corps to complete this important project."

Leonard said he has heard that as much as 45,000 cubic yards, nearly double that removed during the last round of dredging completed 12 years ago, will have to come out. And while he said "it's a bittersweet pill" to learn that the project might be as little as a year or two away, he said he's crossing his fingers that the funding goes through and the project is approved.

"We have a federal channel in Westport solely because we have a fishing fleet," he said. "We have over 1,000 feet of commercial vessels at the town dock."

"It's not a great situation."