That was the verdict from Harbormaster Chris Leonard after Saturday's Shellstock festival at the Westport Fairgrounds, which drew huge numbers and likely brought in better … 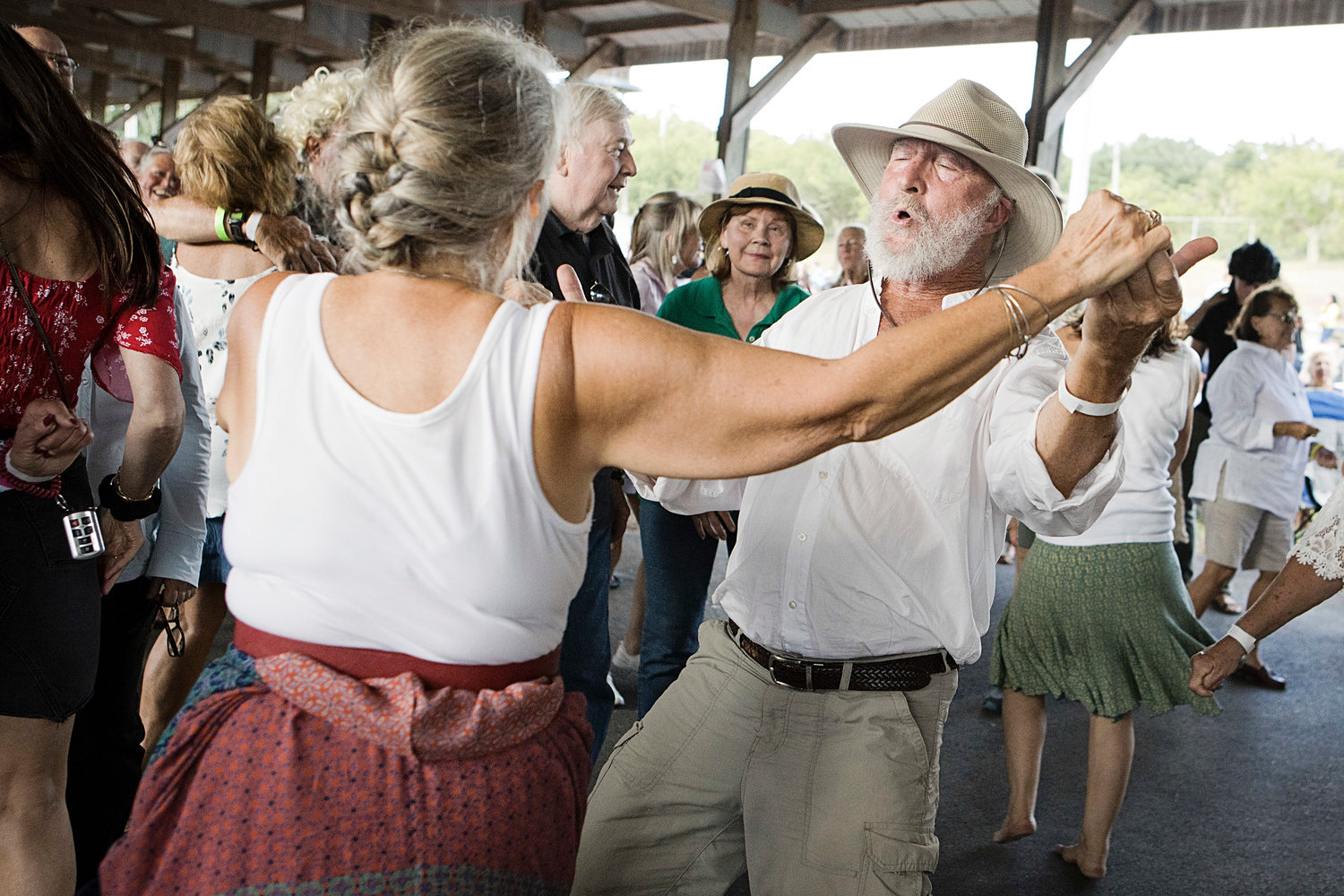 Wally Zembo and a friend dance the afternoon away as The Funky White Honkies lay down a groove at Saturday's Shellstock fund-raiser at the Westport Fairgrounds.
JULIE FURTADO 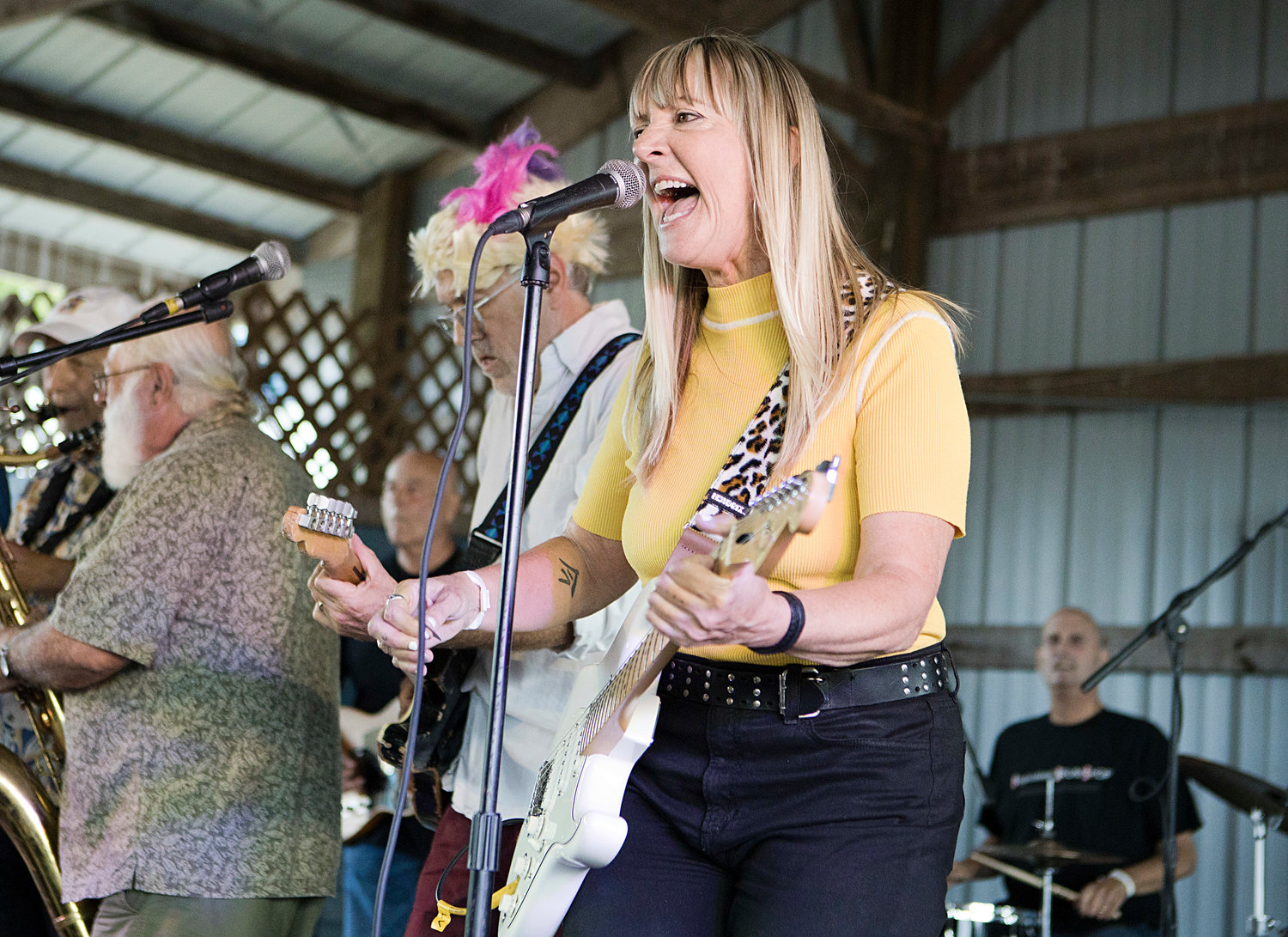 Linda Viens belts out a note during Saturday's concert at the Shellstock festival.
JULIE FURTADO 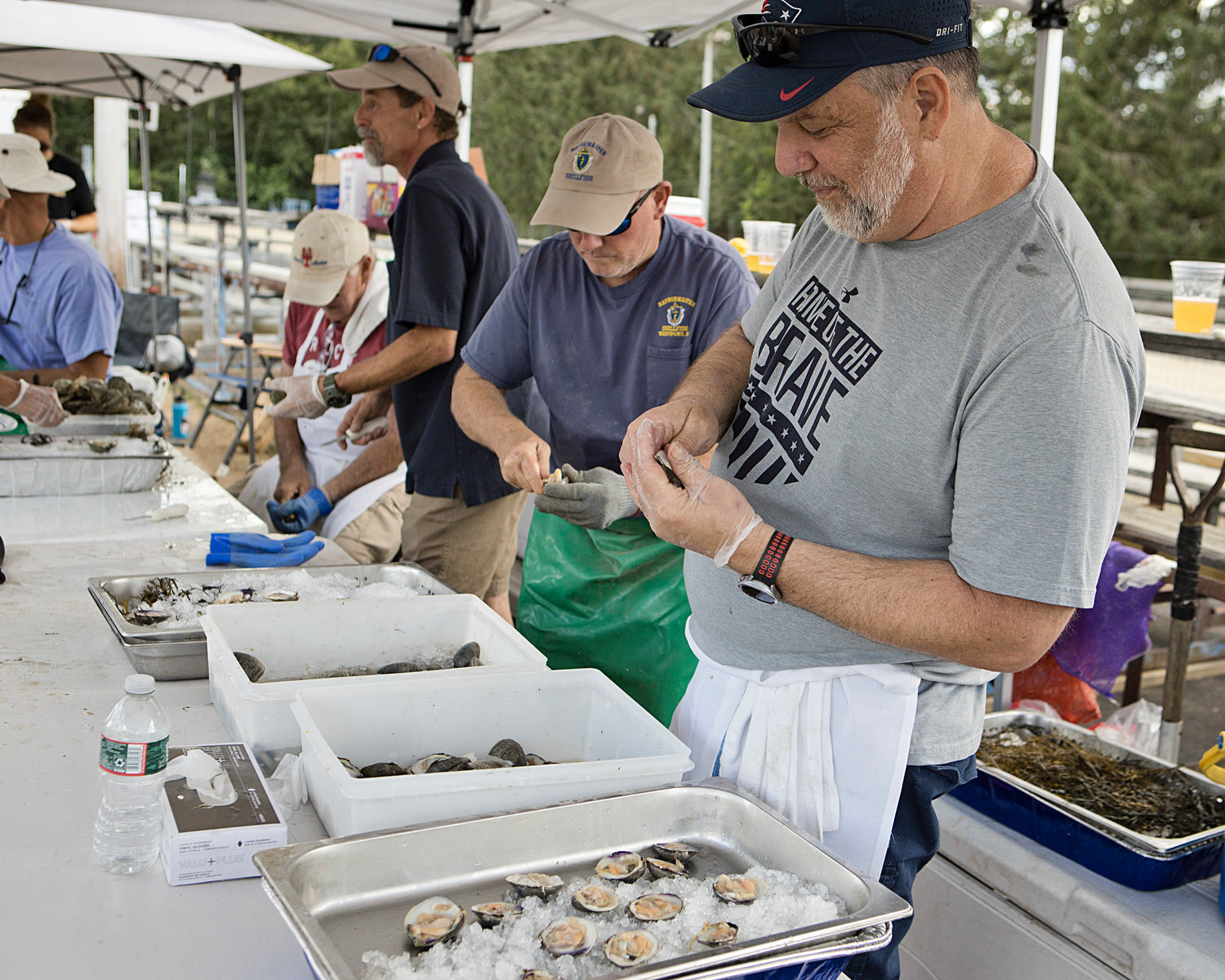 Gary Tripp (left) and Jeff Abrams shuck quahogs Saturday. The raw bar was named in memory of the late Gary Sherman, the former shellfish constable for Westport who passed away last month.
JULIE FURTADO
Previous Next
Posted Tuesday, August 16, 2022 10:41 am
By Jen Campisi

That was the verdict from Harbormaster Chris Leonard after Saturday's Shellstock festival at the Westport Fairgrounds, which drew huge numbers and likely brought in better receipts than any previous year.

"It was great," said Leonard, Westport's Harbormaster. "We had such a great mix of people come out and it was really busy."

Usually held on Columbus Day weekend, organizers decided to hold it in the summer this year instead, and after the great turnout, it might just stay a summertime event.

“We’re looking forward to being able to officially move it into the summer months, and seeing that Westport has a pretty big summer population, we’re looking to tap into that,” said Skip Manchester, a Westport native on the Shellfish Advisory Board, and owner of Westport Lobster Company. Manchester’s father was one of the founders of the committee, and he stepped up to the board after the passing of his father.

“We can accommodate roughly 1,500 to 2,000 people in the fairgrounds, so we’re hopeful that this is going to be the beginning of a nice relationship here in the summer,” said Manchester.

Shellstock is now in its sixth year, despite only hosting five events (with 2020 being the only exception, due to COVID). As always, all proceeds benefit the Westport Shellfish Propagation Fund, which is used to buy quahogs for seeding in Westport's waterways.