Eagles build 6-4 record through first half of season

What a difference a year makes.

At this time last year, the Barrington High School boys volleyball team had struggled to capture two wins while battling some tough competition. This year, the …

Eagles build 6-4 record through first half of season 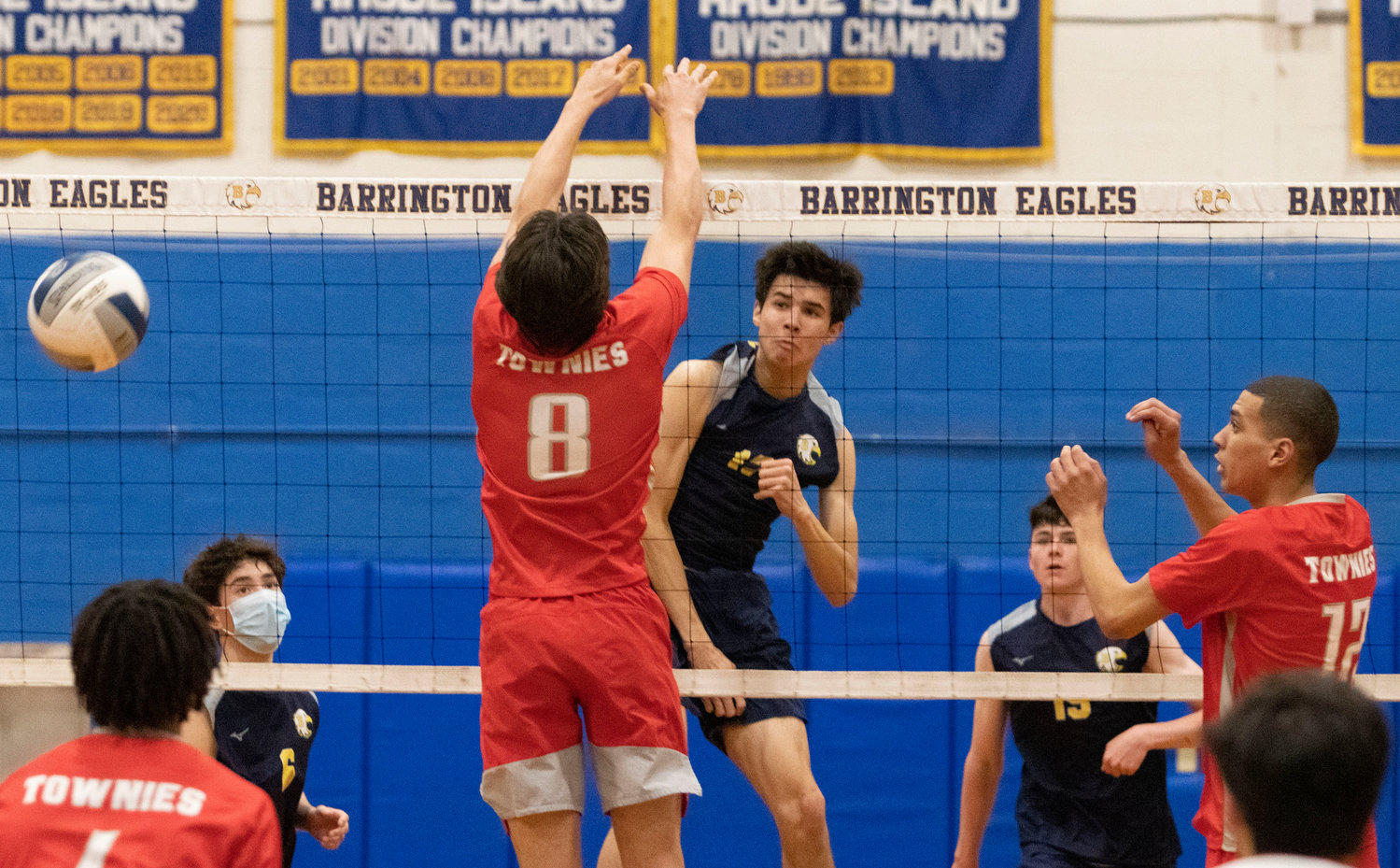 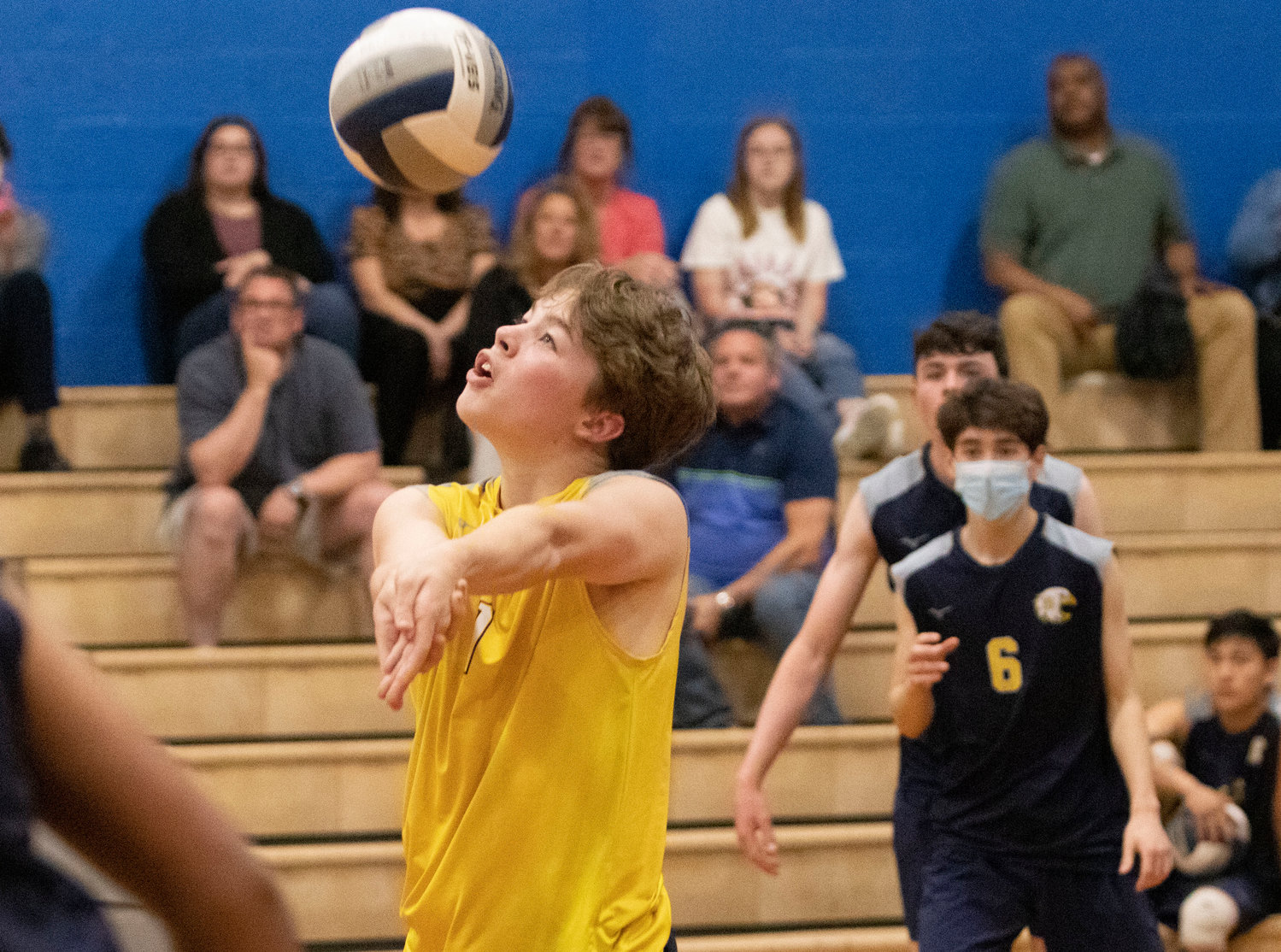 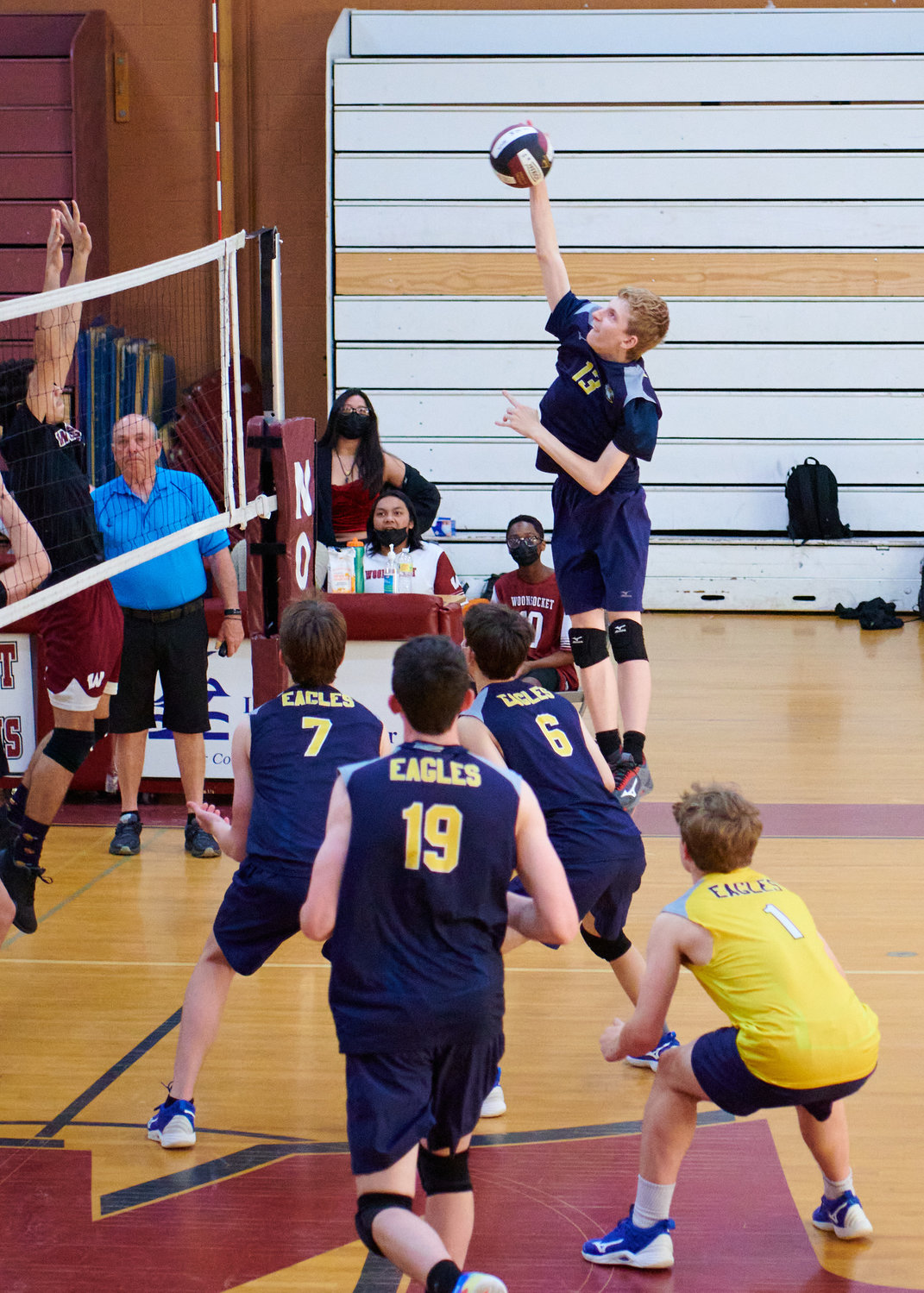 Barrington’s Luke Andsager rises to spike the ball in a contest against Woonsocket. 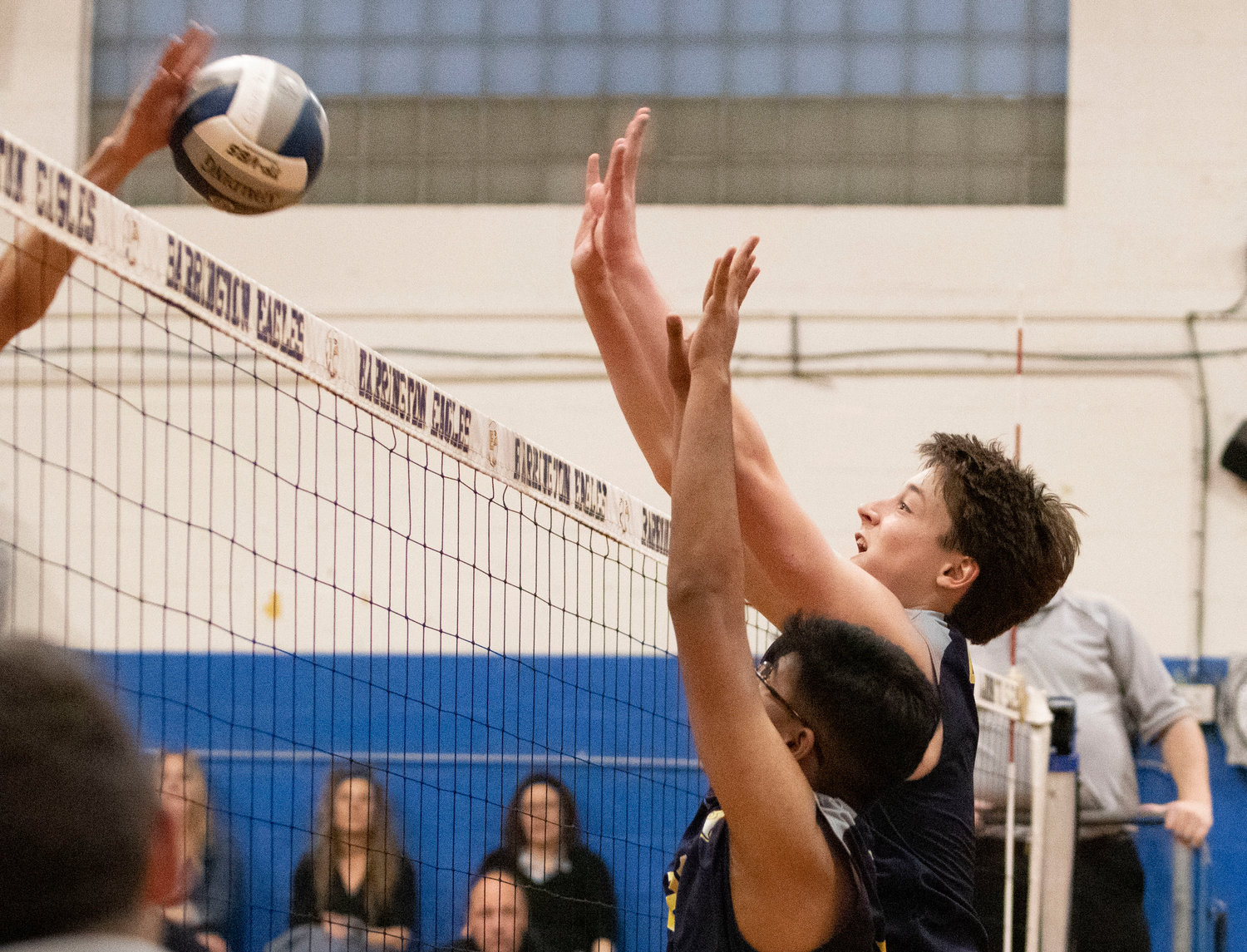 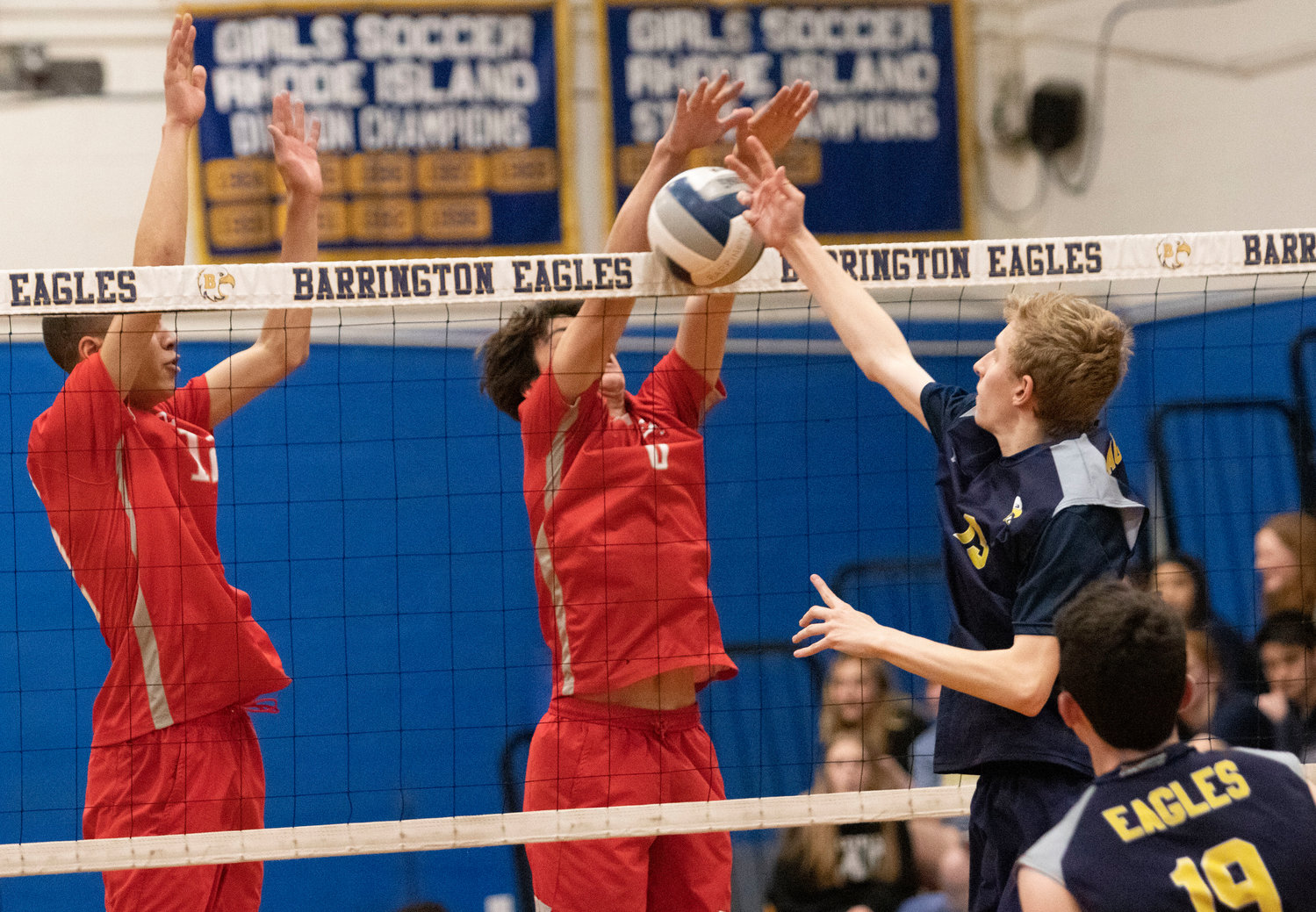 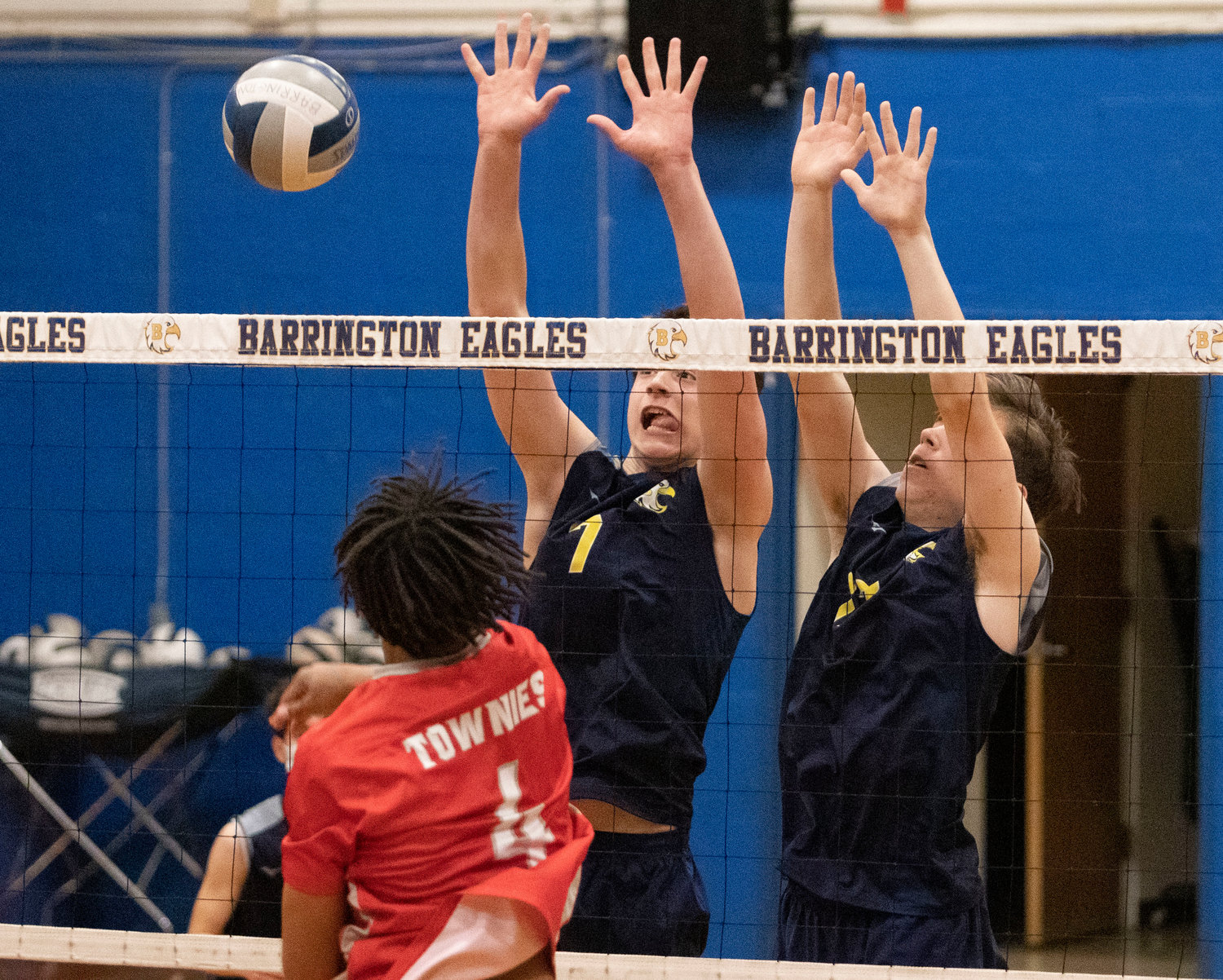 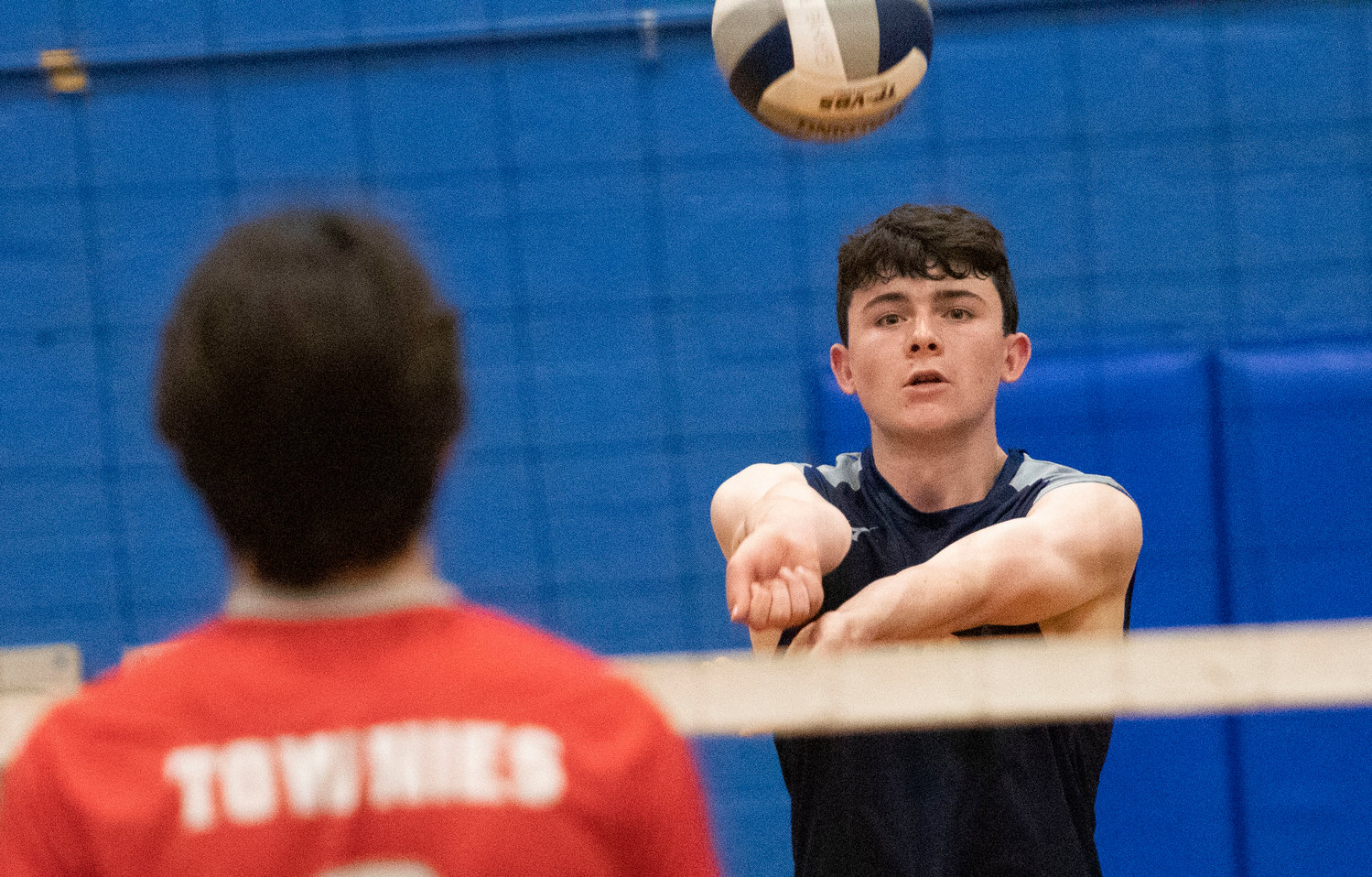 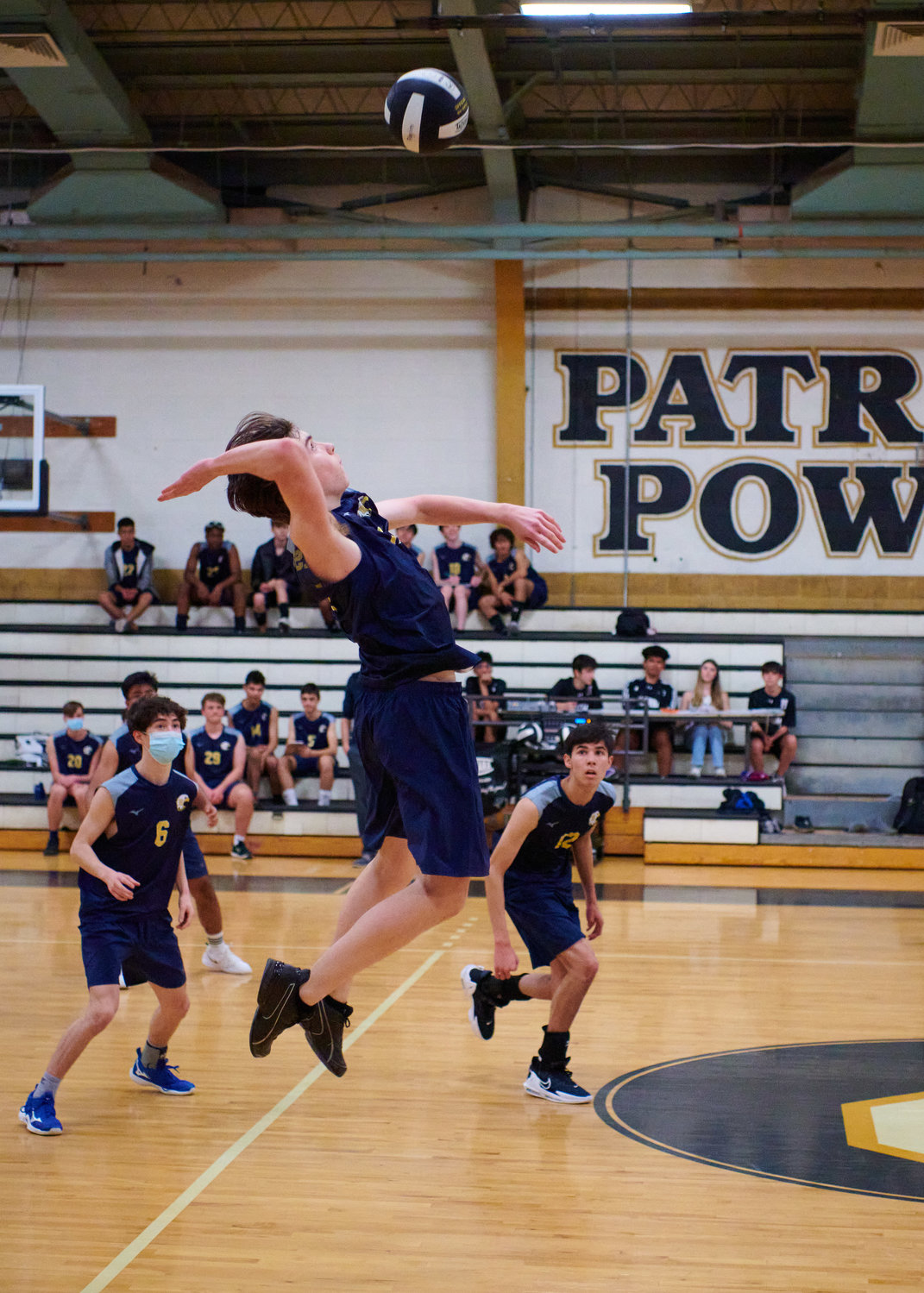 Barrington High School’s Jake Juutilainen skies for a spike during the Eagles’ match against Pilgrim earlier this season. 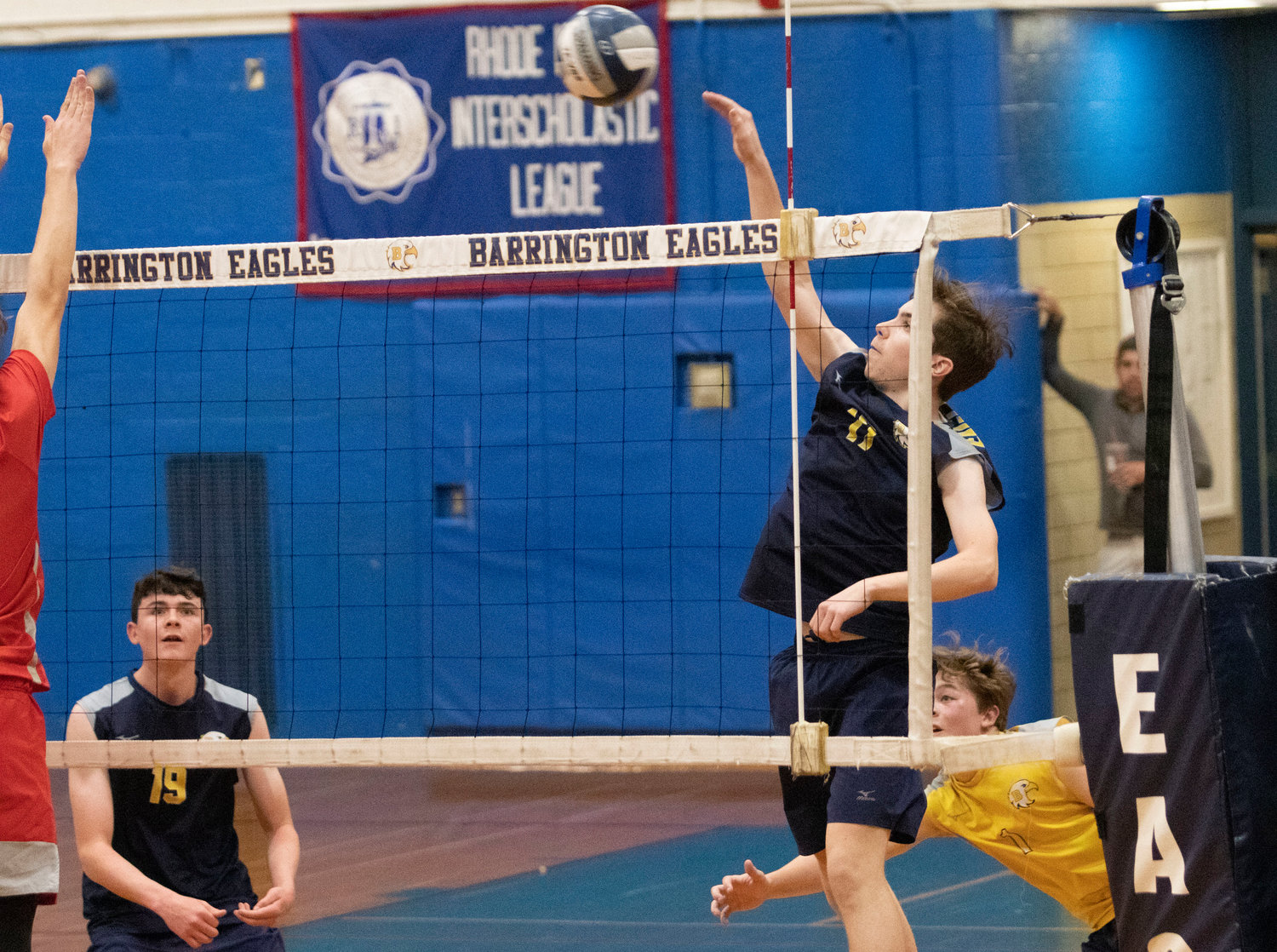 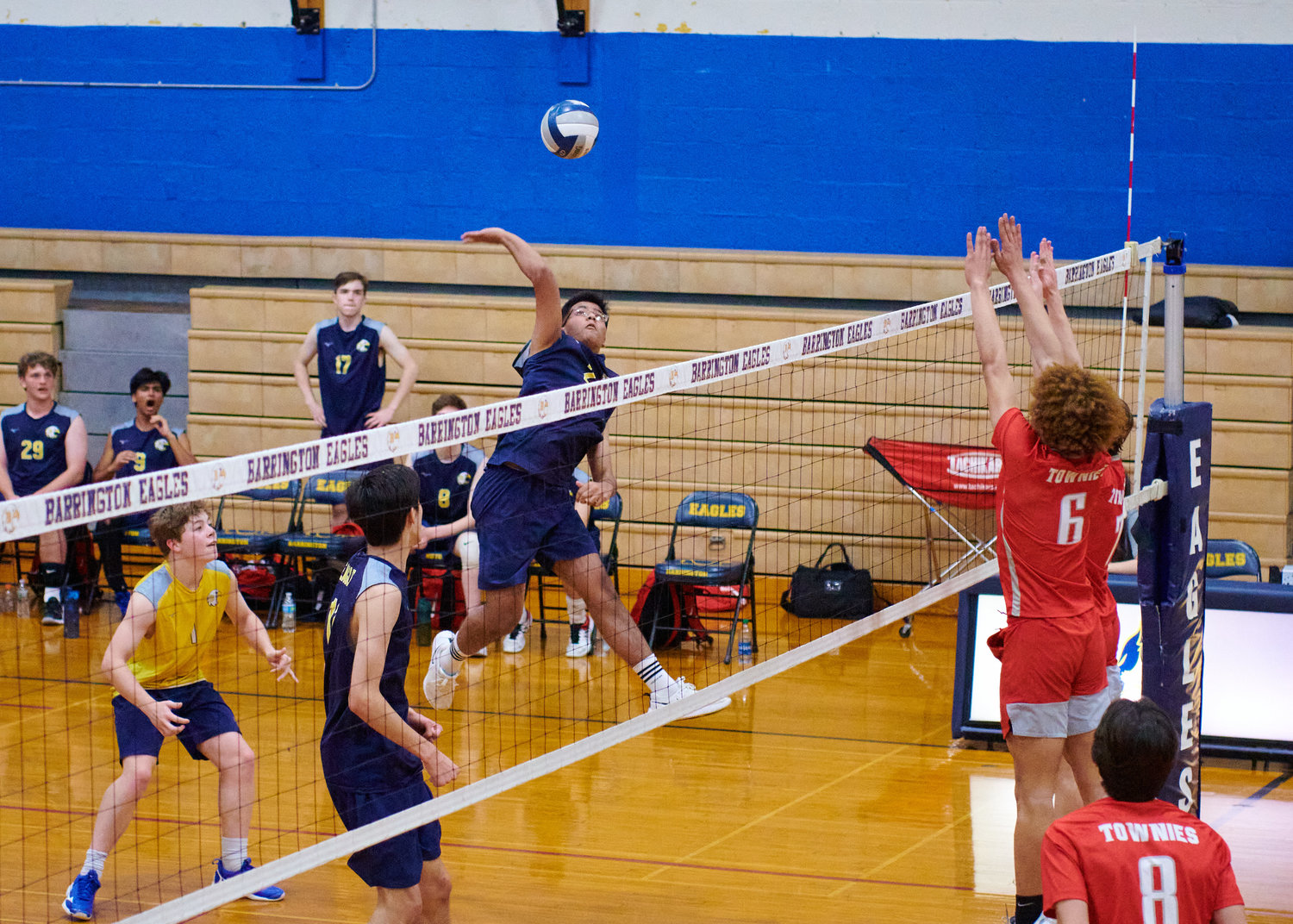 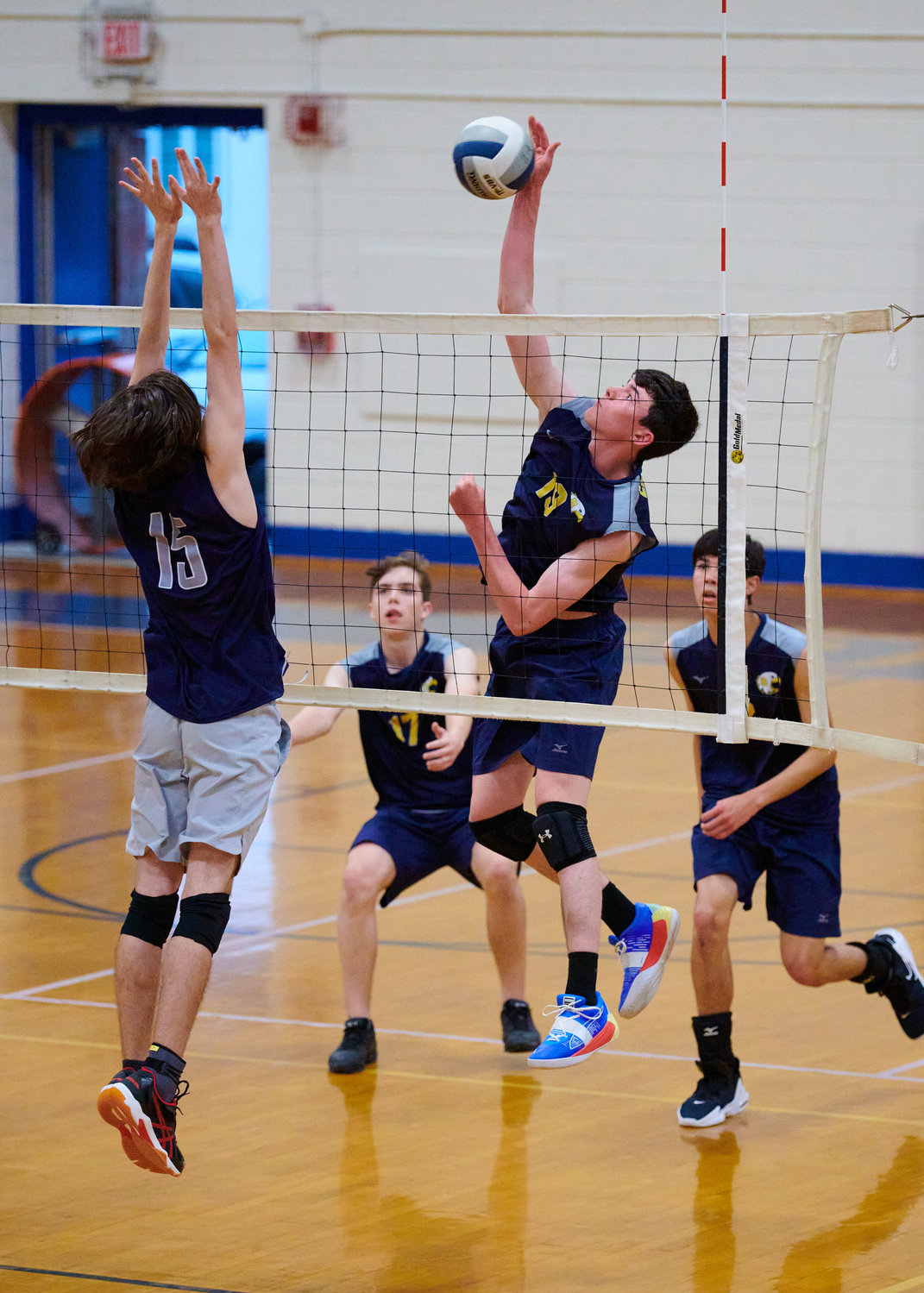 Barrington’s Cameron Kelley crushes a shot during the Eagles’ match against Westerly earlier this season.
Previous Next
Posted Friday, May 13, 2022 9:44 am
By Josh Bickford

What a difference a year makes.

At this time last year, the Barrington High School boys volleyball team had struggled to capture two wins while battling some tough competition. This year, the Eagles are 6-4 in the division and competing at an impressive level, said BHS Coach Christian Lambert.

“We’re doing well right now,” Lambert said. “At this time last year we only had two wins. The difference is that we had two starting seniors last year and the other eight were all freshmen. I now have one starting junior and the other seven players are sophomores.”

That group sophomore standouts has powered the Barrington High School boys volleyball team to a strong first half of the season.

Lambert said many of his team members took it upon themselves to learn more about the game in the off-season and continue to hone their skills. That extra work has paid dividends on the court.

Lambert credits his team’s strong understanding of the game.

“The game is more cerebral than anything,” Lambert said. “The kids that excel at this sport are the cerebral kids. They’re honors kids.

“Not only are they hard-workers, they understand the strategy behind it… that’s putting us far above the lower half of the division.”

Lambert said his team’s struggles are often against veteran, physically strong teams. But even in those matches, Lambert added, his team’s level of understanding and mental sharpness often keeps the Eagles in the game.

“He can jump through the roof. He’s a very good athlete,” Lambert said.

The sophomore class is led by Luke Van Ness, the libero.

“He controls the tempo of the game, and he controls the ball,” Lambert said, adding that Van Ness was a starter as a freshman and has only improved over the last year.

“He’s my quarterback out there,” Lambert said.

Sophomore Cam Kelley, an outside hitter, is the team’s other captain.

“There’s height on the finishing side,” Lambert said. “Not only that, but they’re becoming more confident in their skills. The timing of their attacks is far and beyond what it was last year.”

Lambert said he expects his team to continue to improve as the season progresses.