Abbey grad: Classmates ‘picked me up’ after failures

PORTSMOUTH — Catherine O’Hara told her fellow graduates at Portsmouth Abbey that she had “failed a lot” over her four years of high school, but nearly every time one of …

Abbey grad: Classmates ‘picked me up’ after failures 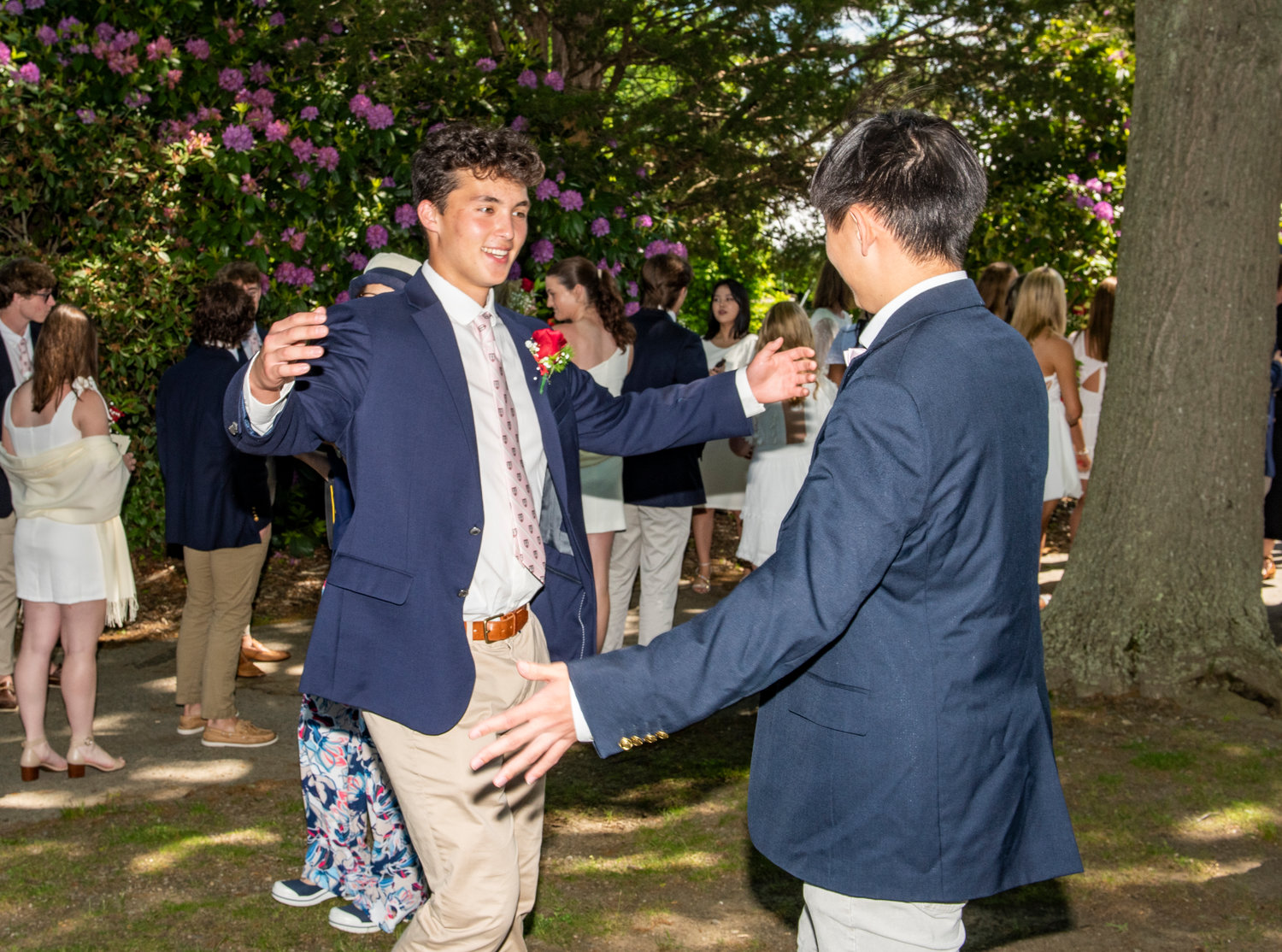 Davis Lee of Portsmouth congratulates a classmate at the conclusion of Portsmouth Abbey’s commencement exercises on Sunday, May 28.
DAVID HANSEN 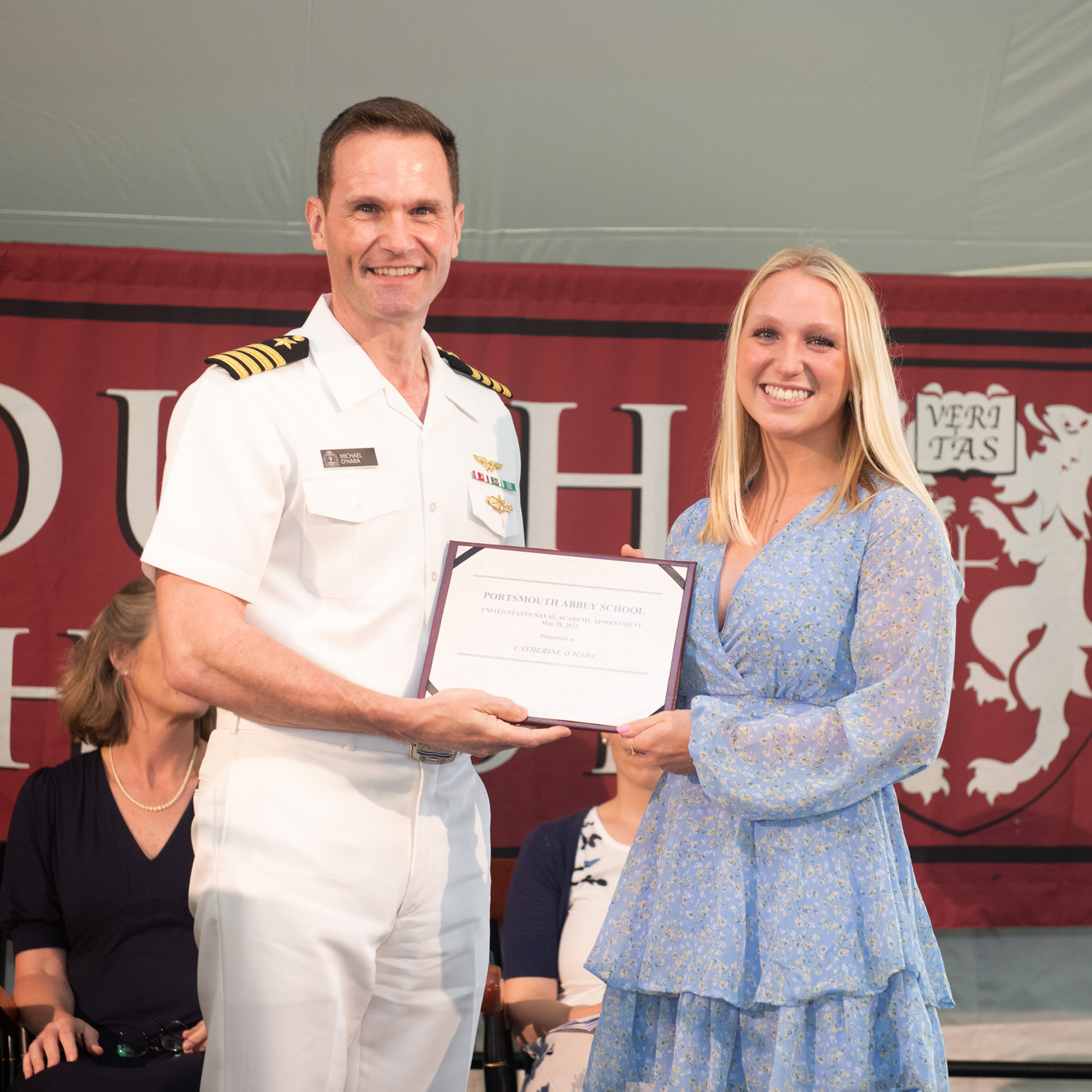 Portsmouth Abbey graduate Catherine (Lisie) O’Hara of Portsmouth received her official U.S. Naval Academy appointment, presented by her father, Blue and Gold Officer Capt. Michael O’Hara, a permanent military professor and chair of the Wargaming Department at the U.S. Naval War College. Lisie was also elected by her classmates to give one of the commencement speeches during the graduation ceremony.
Andrea Hansen 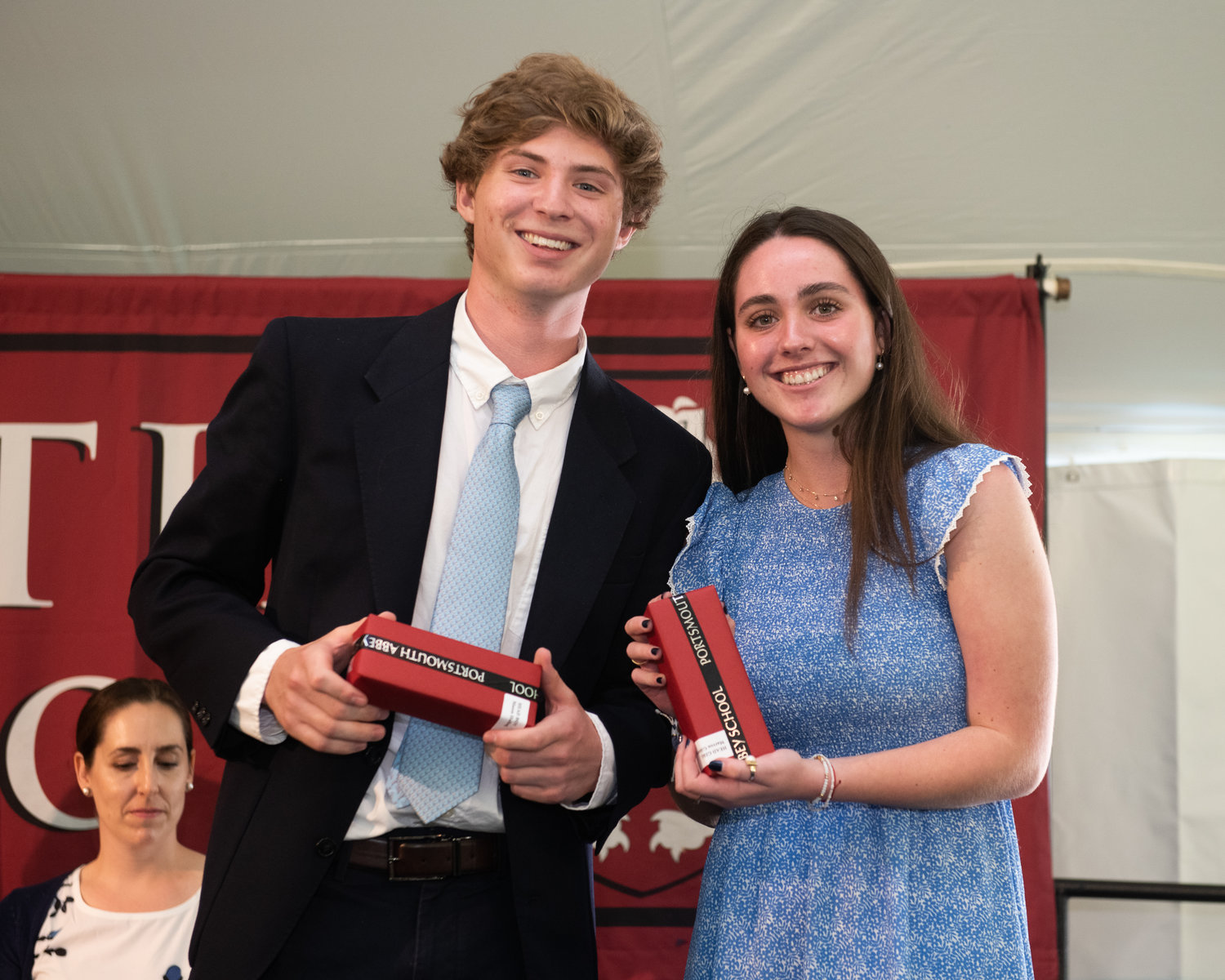 Head Boy Mason Holling and Head Girl Marron Gibbons, both of Portsmouth, were given the Dr. James M. DeVecchi Head Boy and Head Girl Recognition award for their courage to serve and in thanks for their contributions to Portsmouth Abbey School. Mason was also presented with the Lieutenant Governor’s Leadership Award for dedication to his studies and a commitment to school service. In addition, he was recognized for his commitment as a head Red Key campus tour guide. Marron received the Dom Luke Childs ’57 Memorial Medal for her qualities of intelligence, virtue and concern for others.
Andrea Hansen 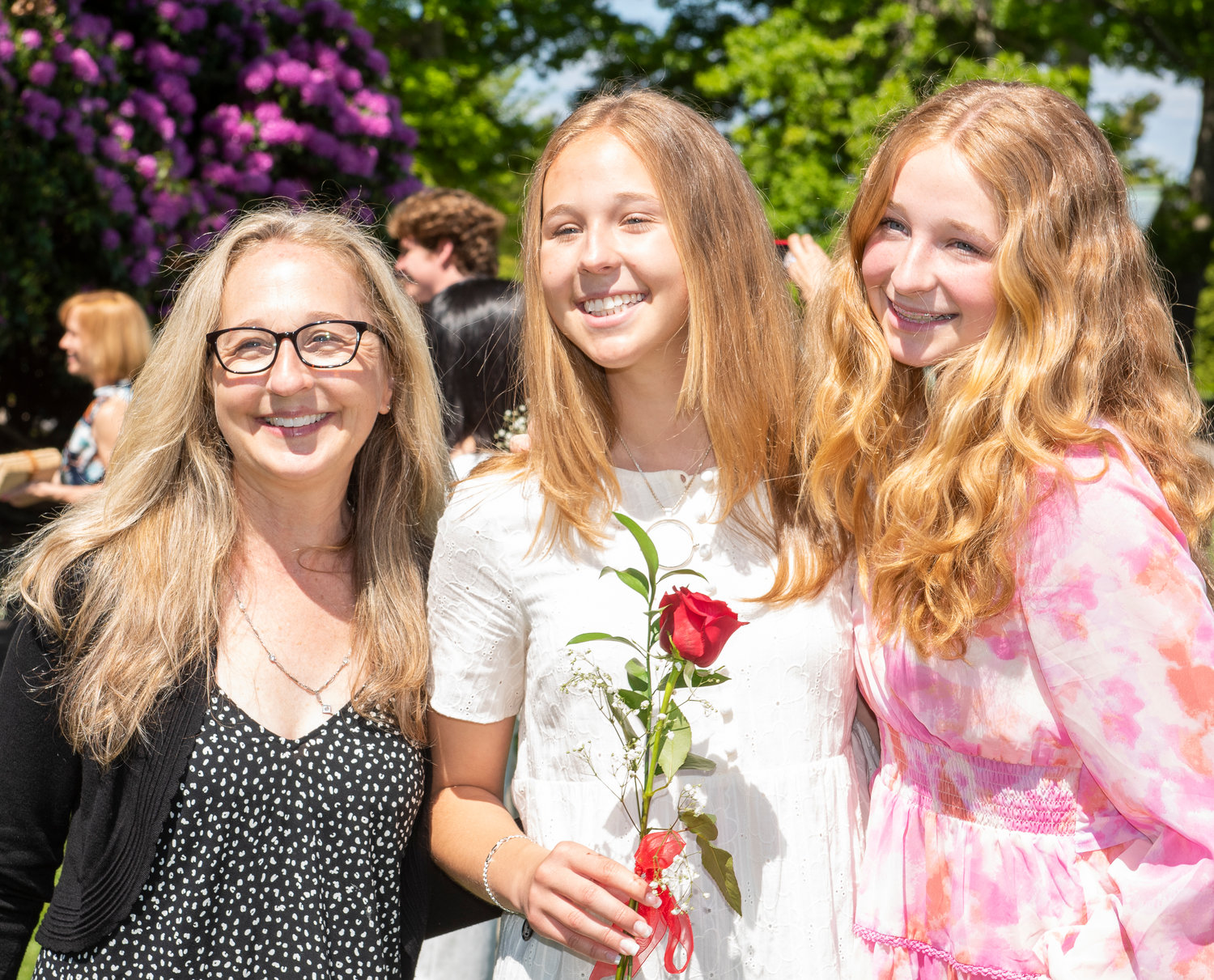 Abbey graduate Gwenyth Bragan of Portsmouth is flanked by her mom, Kate, and younger sister, Lila (Class of 2025) as they celebrate graduation day. Gwenyth was recognized for sustained service and special commitment as a head Red Key campus tour guide during her Sixth-Form (senior) year and she received the Congressman David Cicilline Award for the graduate who has distinguished herself through school and community involvement.
DAVID HANSEN
Previous Next
Posted Tuesday, June 7, 2022 7:53 am

PORTSMOUTH — Catherine O’Hara told her fellow graduates at Portsmouth Abbey that she had “failed a lot” over her four years of high school, but nearly every time one of them was there to pick her up.

O’Hara, who lives in Portsmouth, was elected by her classmates to give one of the commencement speeches during the Abbey’s graduation ceremony on Sunday, May 29.

When asked why she chose to attend Portsmouth Abbey, O’Hara acknowledged she had a “cheesy” reply:  “The people, the community. I know, pretty sappy.”

But that answer now has real substance to her as a graduation sixth-former,” she said.

“I have come to understand — as we all know by now — the Abbey unfortunately isn’t all s’mores and fire pits on the quad,” she said. “It’s naturally full of pressures and stress. When you mix in our rigorous academic environment with sports or extracurriculars while living away from family, life can get overwhelming. On this high-pressure campus, all we have is each other. We depend on each other in this community for happiness. Together, we overcome the struggles of the Abbey. And as a community, we grow — together. When we experience adversity together, we grow together.”

O’Hara said she was “crushed” when she wasn’t appointed as a prefect, one of the highest leadership opportunities at the Abbey — over the summer.

“I dreamed of being a prefect and leading a dorm of 40 girls in all aspects of residential life. I saw prefect as an opportunity to experience real leadership, and I felt confident in my ability to contribute to the community. Unfortunately, this notice initially felt more like rejection from the community I loved,” she said.

She was embarrassed and ashamed, but her friends acknowledged her sadness and helped her realize she had more to offer the school community, O’Hara said.

That was possible, she said, because of the nature of the Abbey community. Since third-form year, she had been on campus 24/7. “I stayed for study hall, for as long as I could before we day students were kicked out at night. I came in on Sundays. Some boarding students never really understood why I did this, but I was so excited to have the opportunity to spend time with my friends long after the academic school day was over,” she said.

By being on campus so often, she got to learn the ins and outs of the Abbey, along with all the day students. “This experience isn’t like other schools. These times were important to me because they were strengthening our community. It’s part of the Abbey’s culture — the community,” she said.

The faculty also contributed to the community support, she said. “A simple text from a caring coach, Dr. Zins, helped me see that he believed in me and my ability to lead. We didn’t have an insane record that season, but our team grew closer than I’ve ever seen it, and I had my favorite season playing because of his support and the community on the team,” she said.

A sense of community isn’t fostered when people are only looking out for themselves, O’Hara said.

“And it may feel like community, when we spend the sunniest days on the Quad together. But those days are sweet only because we have spent the winters together. Broken down by all that we’ve experienced in the last four years, we have built each other back up,” she said.