Bristolian is unabashed in love for Bills

John Amaral, aka “Kool Kat” to family and friends, has been a fan of the Buffalo Bills for a number of years and literally lives and dies with their every snap of the football.

Bristolian is unabashed in love for Bills 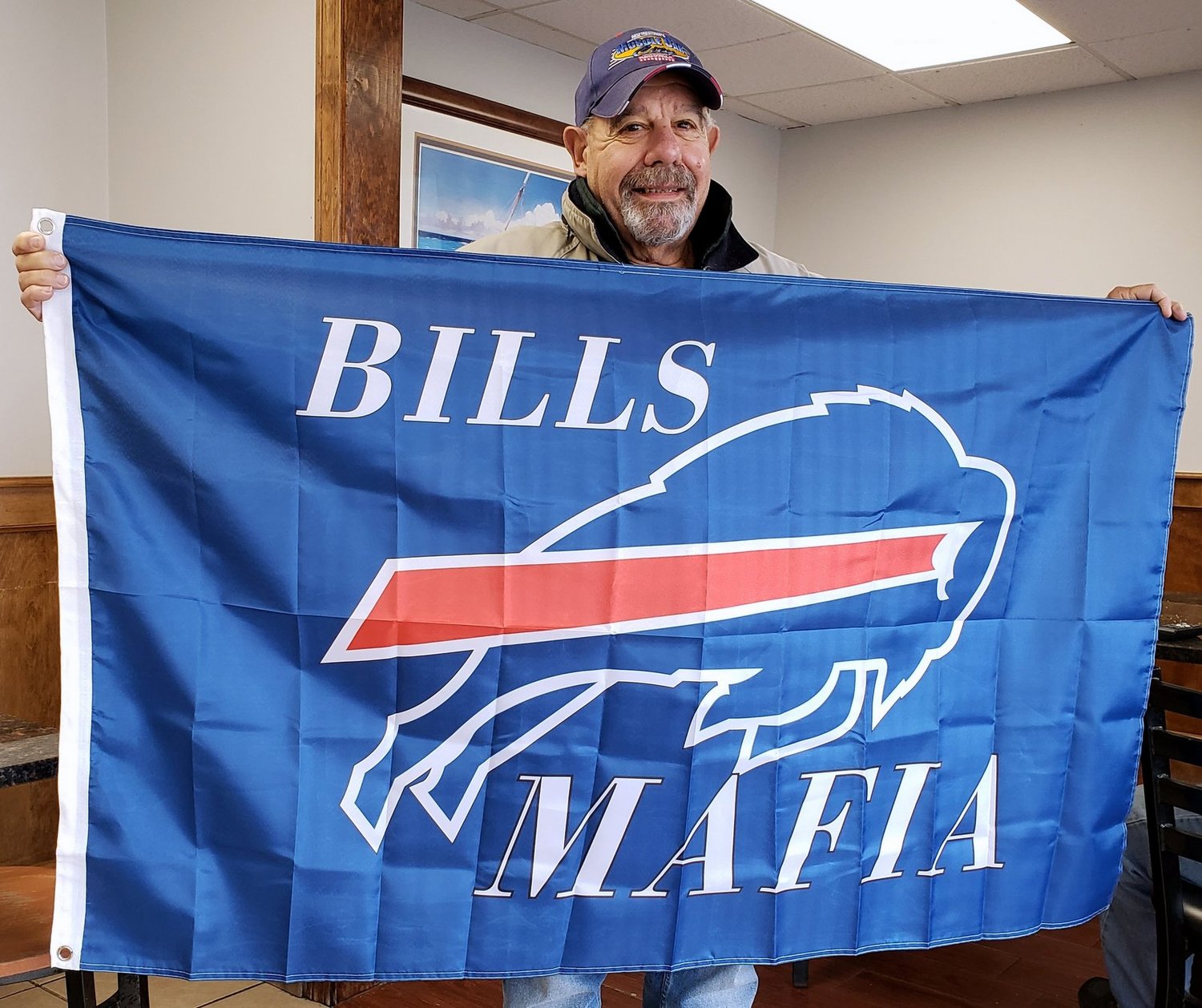 While the multitude of New England Patriots fans were down and out watching their team’s lackluster performance against the high-powered Buffalo Bills this past Sunday afternoon, one local Bills fan at least was smiling from ear-to-ear in total gratification.

John Amaral, aka “Kool Kat” to family and friends, has been a fan of the Buffalo Bills for a number of years and literally lives and dies with their every snap of the football.

“I’ve loved this team for over 30 years...going all the way back to the days of O.J. Simpson and Jim Kelly,” he said. “I really loved Jim Kelly, not only because of his playing ability, but for the fact that he was so humble, and did so much for charities. You respect people like that.”

A proud owner of the Bills Mafia Flag, Mr. Amaral waited patiently last year to finally hoist it on a flagpole outside his Mt. Hope Avenue home. His eyes light up just talking about his most recent collectable.

“I fly the Buffalo Bills Mafia flag throughout the course for the football season,” he explained. “A lot of people who drive by have complimented me on it.”

A former football player himself, John Amaral was a member of Colt Memorial High School’s 1961 Eastern Division championship team and played for the Colts from 1961 through 1963. He praised his former coaches, the late Lou Murgo and Eric Dober.

“We had some great teams during those years,” he said. “And, it was an honor playing for both of those men.”

As for the remainder of the current NFL campaign, Mr. Amaral is convinced his Bills will go deep into the playoffs.

“If they continue to play the way they did against the Patriots last Sunday, there aren’t many teams who will be able to stop them,” he said. “I’ve got my fingers crossed.”