11th Hour Racing skipper Charlie Enright and his crew of Simon Fisher, Jack Bouttell, Justine Mettraux and Amory Ross, are currently in second place behind leader, Biotherm, as Leg 2 of the … 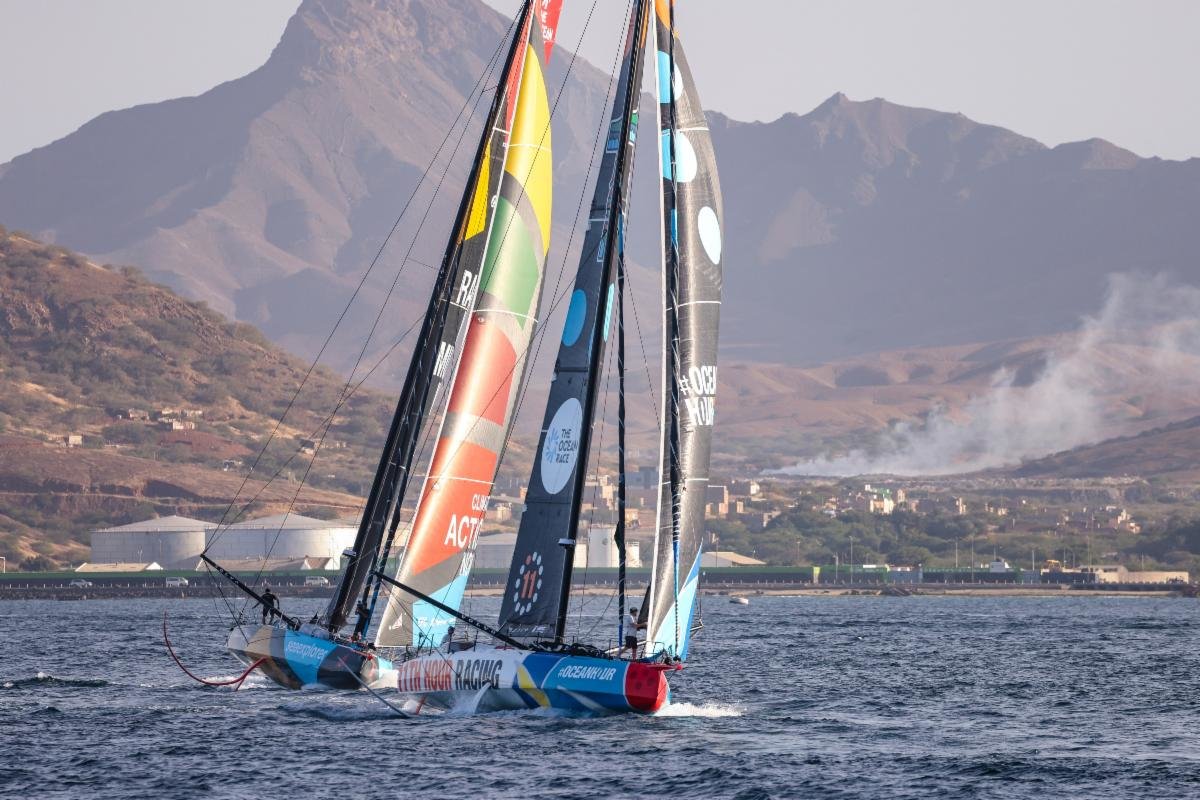 Charlie Enright and the 11th Hour Racing crew set off from Cabo Verde on the start of Leg 2 of the Ocean Race.
Courtesy of 11th Hour Racing
Posted Wednesday, January 25, 2023 6:45 pm
Ocean Race report
11th Hour Racing skipper Charlie Enright and his crew of Simon Fisher, Jack Bouttell, Justine Mettraux and Amory Ross, are currently in second place behind leader, Biotherm, as Leg 2 of the Ocean Race got underway on Wednesday morning, according to an Ocean Race report.  After completing a short inshore course set between Mindelo, Cape Verde and the Island of Santo Antão, the fleet sailed across the start line and went out into the Atlantic Ocean in a light 10 knots of wind.
“It looks very light getting out of Cabo Verde, but the trade winds will re-establish before spitting us into the Doldrums, where I will expect a compression of the fleet again," said Enright. "Getting through the Doldrums will be key to success in the second half of this leg. The South Atlantic feels a long way away, right now, but we are confident going into this leg.”
Leg 2 will cover approximately 4,600 nautical miles (5,295 miles or 8,520 kilometers) and see the fast-foiling IMOCAs enter trade wind sailing conditions before entering the Doldrums, a belt around the earth near the equator where ships sometimes get caught in windless waters. The fleet will then get their first taste of the South Atlantic during the final section of this leg in the run-up to Cape Town which is close to the southern tip of the African continent.

The short stopover in Cabo Verde meant that there could be no amendments or improvements to the boat, and any necessary repairs must be conducted by the sailing crew during the five-day stopover.

“It has been a pretty hectic stopover from the moment we got here,” said Enright of the stopover in Mindelo. “In fact, it’s been full-on since we left Alicante on January 15th. Whether it was the 40 knots that we faced right from the off in the Mediterranean or the day spent gluing the J3 sail back together here in Cabo Verde, the first ten days of this race have thrown a lot at us."

"Luckily for us, we were able to put the tools down yesterday at midday and have 24 hours of rest and decompression. Switching off before we go racing again is always important, and now we are focused on what lies ahead," Enright said.