When they are not building high-performance fishing and sailing vessels or presiding over 4th of July Events, Joe and Rosa DaPonte are building giant roosters. 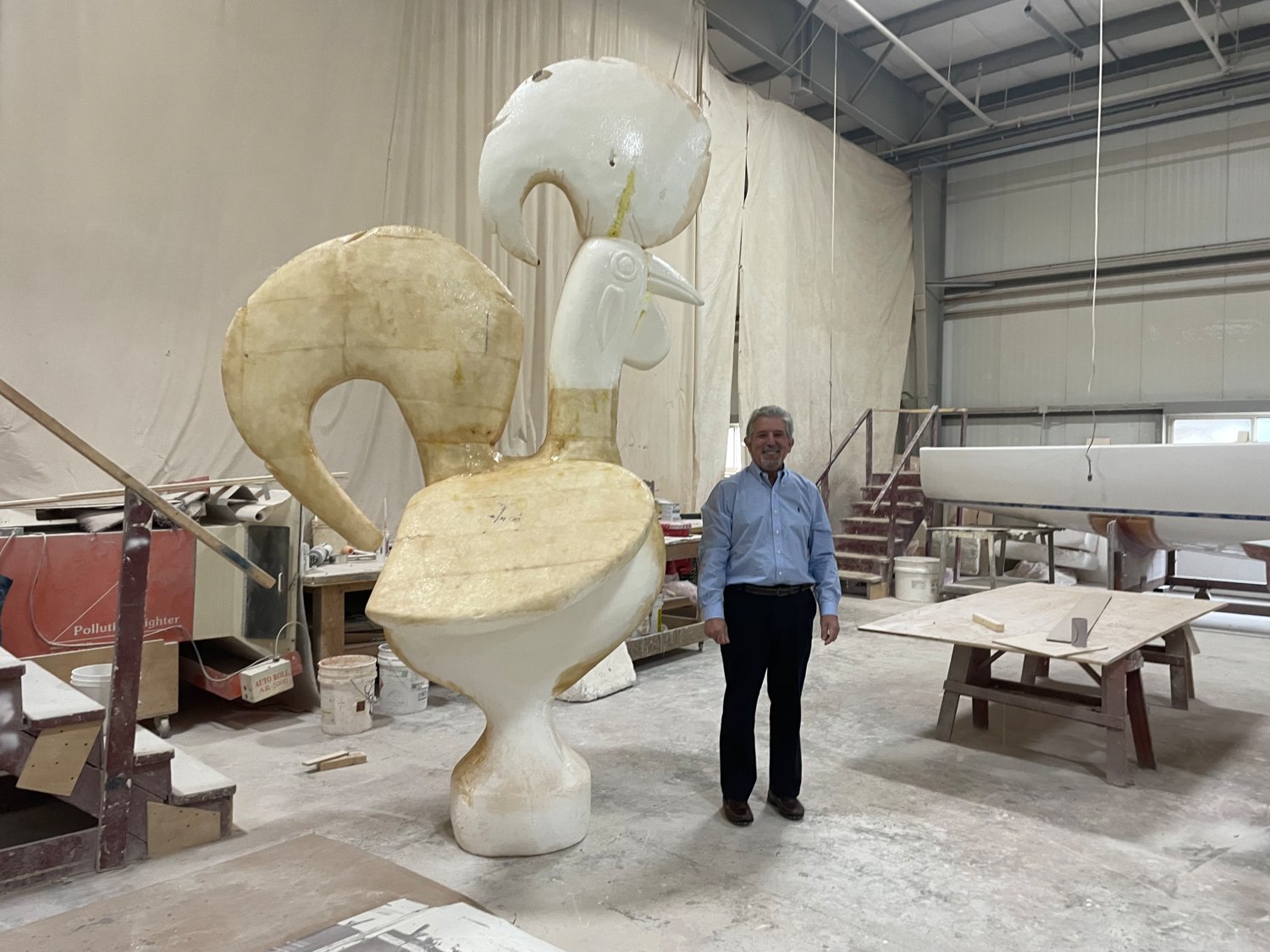 Joe DaPonte with the rooster in March, soon after it was un-molded. 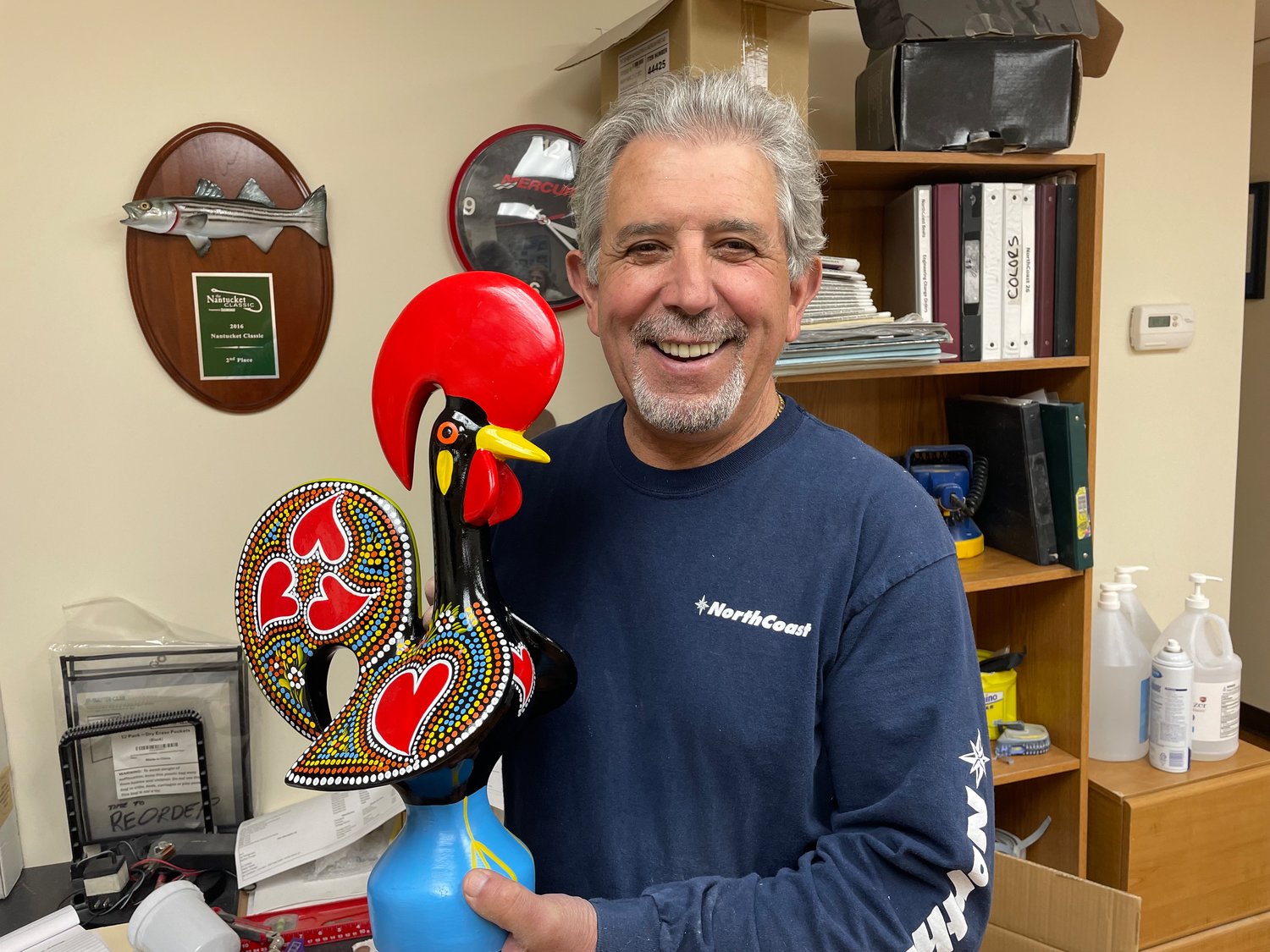 Joe DaPonte with a model of the Rooster of Barcelos, showing what it will look like when the final painting is complete.
Previous Next
Posted Thursday, May 12, 2022 7:00 pm
By Christy Nadalin

When they are not building high-performance fishing and sailing vessels or presiding over 4th of July Events as the 2022 Chief Marshals, Joe and Rosa DaPonte are building giant roosters.

Fiberglass is such a versatile material, it is not at all unusual for local fiberglass companies like C&C Fiberglass, the DaPonte’s business, to be hired to build items for movie sets or other unusual projects. Though it’s not often the requests come from so close to home — in this case, for Fall River’s Portugalia Marketplace.

“We’ve always, from the opening of Portugalia Marketplace, wanted to have a welcome display,” said Michael Benevides, Vice President of Portugalia Imports Inc. “We knew that nothing would be better than a good luck rooster.”

The good luck rooster is the Rooster of Barcelos (Galo de Barcelos), the hero of a 17th century fable from the Braga region of northwest Portugal. According to the fable, the people of Barcelos were looking for a man who had stolen some silver; a pilgrim on his way to Santiago de Compostela was arrested and condemned to hang, despite his pleas of innocence. He was taken to the home of the judge, who was holding a banquet with some friends. Affirming his innocence, the condemned asserted that a roasted rooster on the judge’s table would crow to confirm his innocence. The rooster did nothing in the moment, but a while later jumped up and crowed while the pilgrim was about to be hanged. The judge ran to the gallows and immediately freed the prisoner. The rooster has since become a popular symbol (and souvenir) of Portugal.

This outsized version is currently being painted at C&C, where it has been being cast, molded, sanded and now finished over the last several weeks. Soon, it will be unveiled at the front entrance of Portugalia Marketplace.

“When we met the designer of our annual Nativity, Gualberto Cordeiro, who works with foam, we knew we had found our guy [to design the rooster]….Roberto Medeiros, who had previously introduced us to our artist, suggested that it be built at C&C, owned by Joe DaPonte. We knew that there would be no better place to put the finishing touches on the Galo,” said Benevides.