What treasures from 1999 awaited inside? 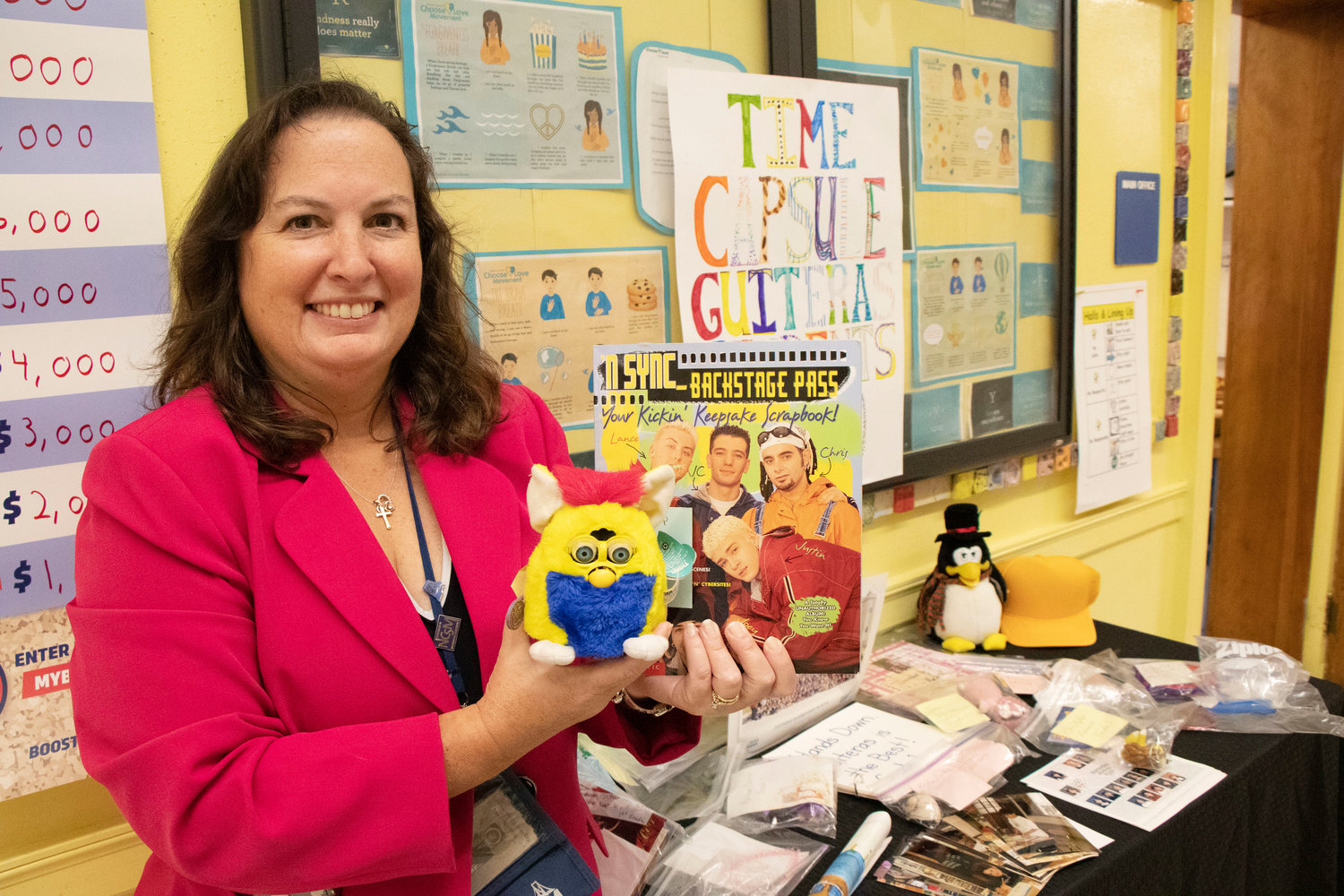 For 22 years, a small cabinet, prominently located on the left of the main entrance to the Guiteras School, has remained locked, a sign warning the curious not to open until 2020.

Well, 2020 came and went, with nobody in the building. And 2021 saw students and staff in the building, but nobody else. Principal Christine Hughes thought the opening warranted a guest audience, so she waited until pandemic regulations permitted her to invite Mt. Hope High School class of 2020 graduates who formerly attended Guiteras to join in the fun.

“When the time finally came to open it, we had a hard time finding the key,” Hughes laughed.

What they found was a lot of what you might expect to find that was important to an elementary school student 22 years ago, with a heavy dose of pop-culture flashback. There were Pokemon cards and figures, Beanie Babies, and a magazine with singer Shania Twain on the cover; there were class pictures and artwork, rosters, and a flag donated to the effort by then-Congressman Patrick Kennedy.

One intangible that the time capsule revealed, for the faculty and staff in particular, were poignant memories of Linda Bruno and Peggie Perrotto, two beloved teachers who passed away in 2021 and 2022, respectively. Both teachers were behind the effort to assemble the time capsule back in 2000.

“That was so special and sad,” said Hughes. “If not for the shutdown, it would have been opened in 2020, and they would have both been here.”