The ceremony was held to recognize Bristol’s Purple Heart recipients, with Bristol’s official designation as a Purple Heart Town, following the Town Council’s unanimous approval of a resolution at their Aug. 3 meeting. 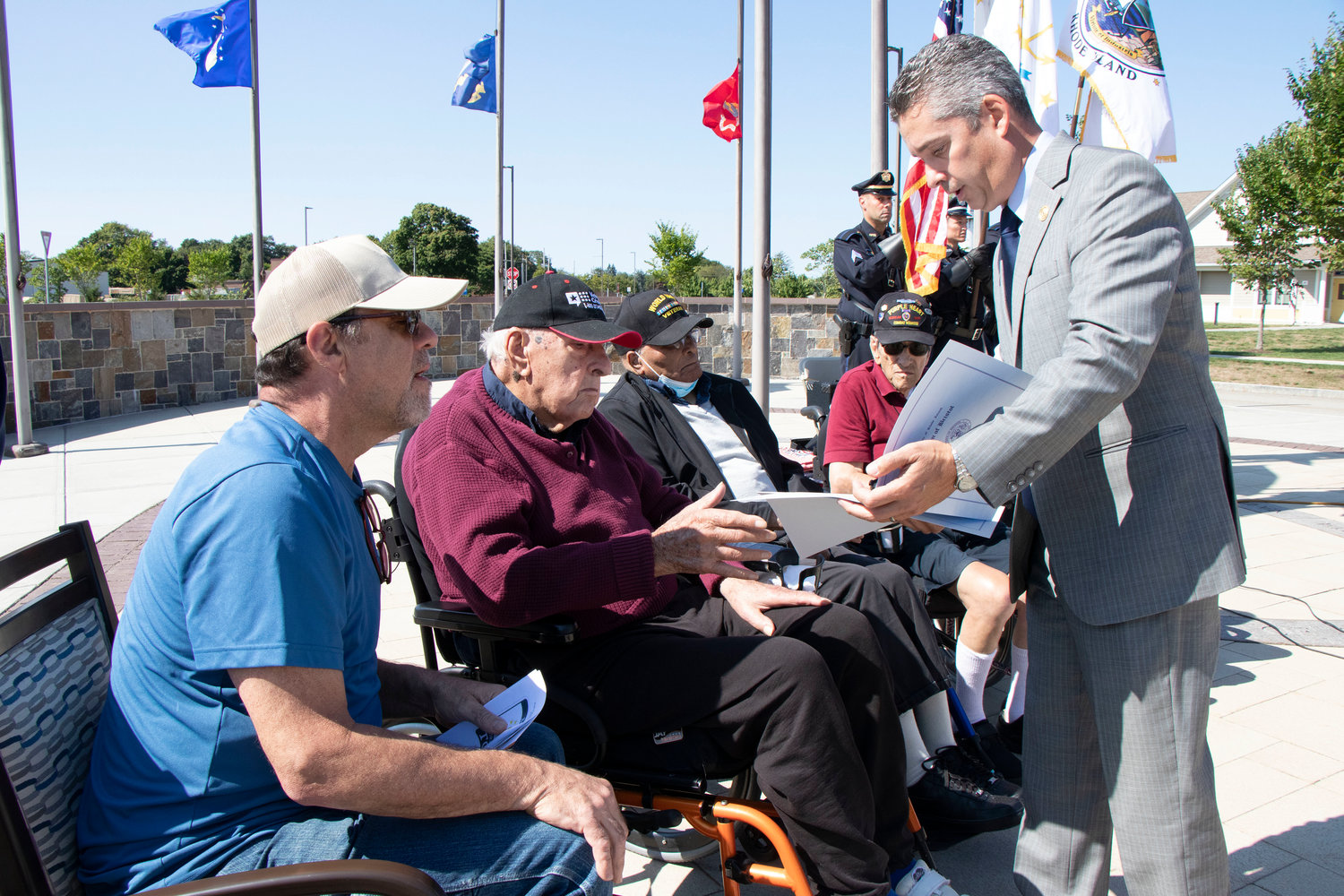 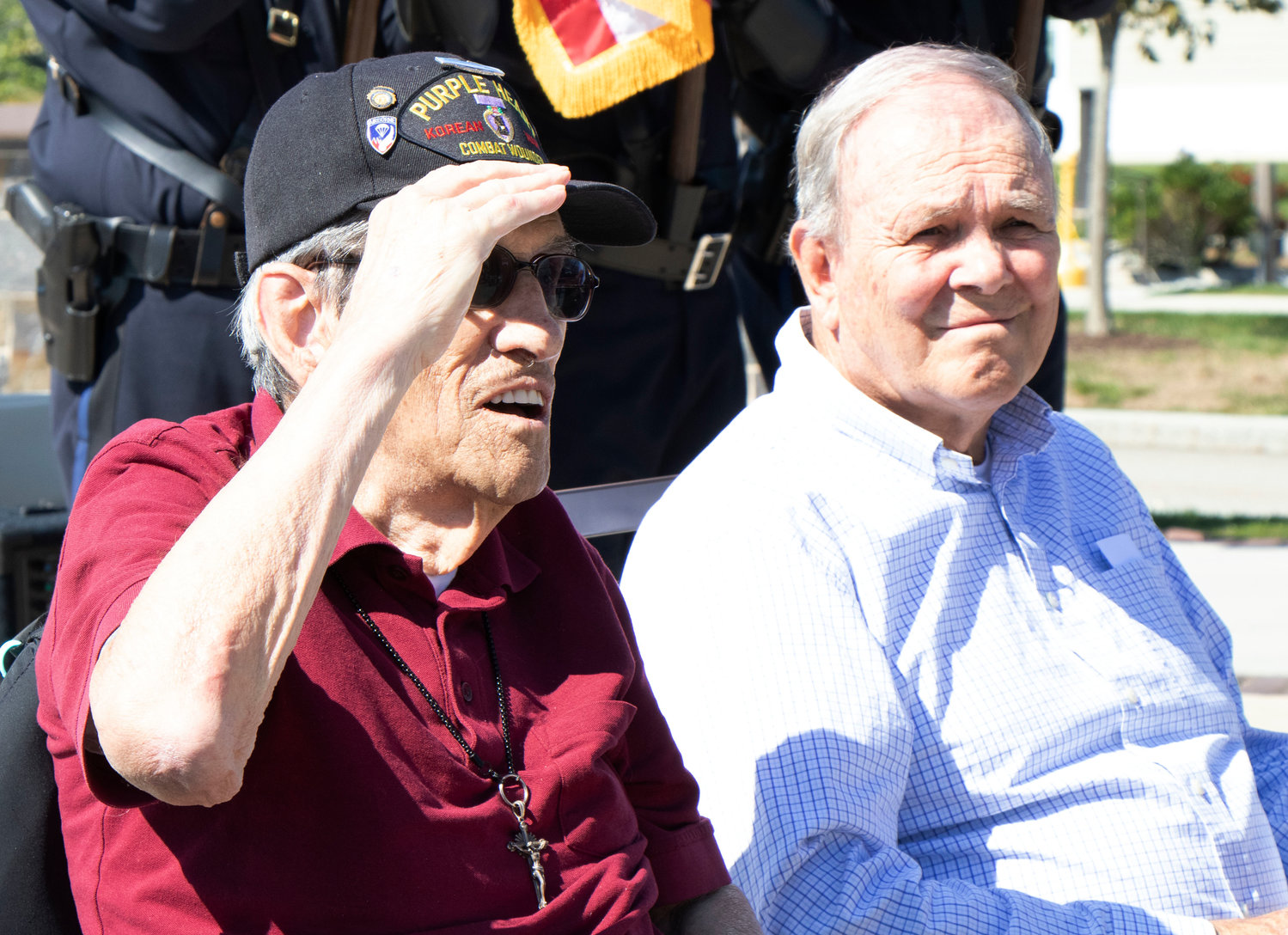 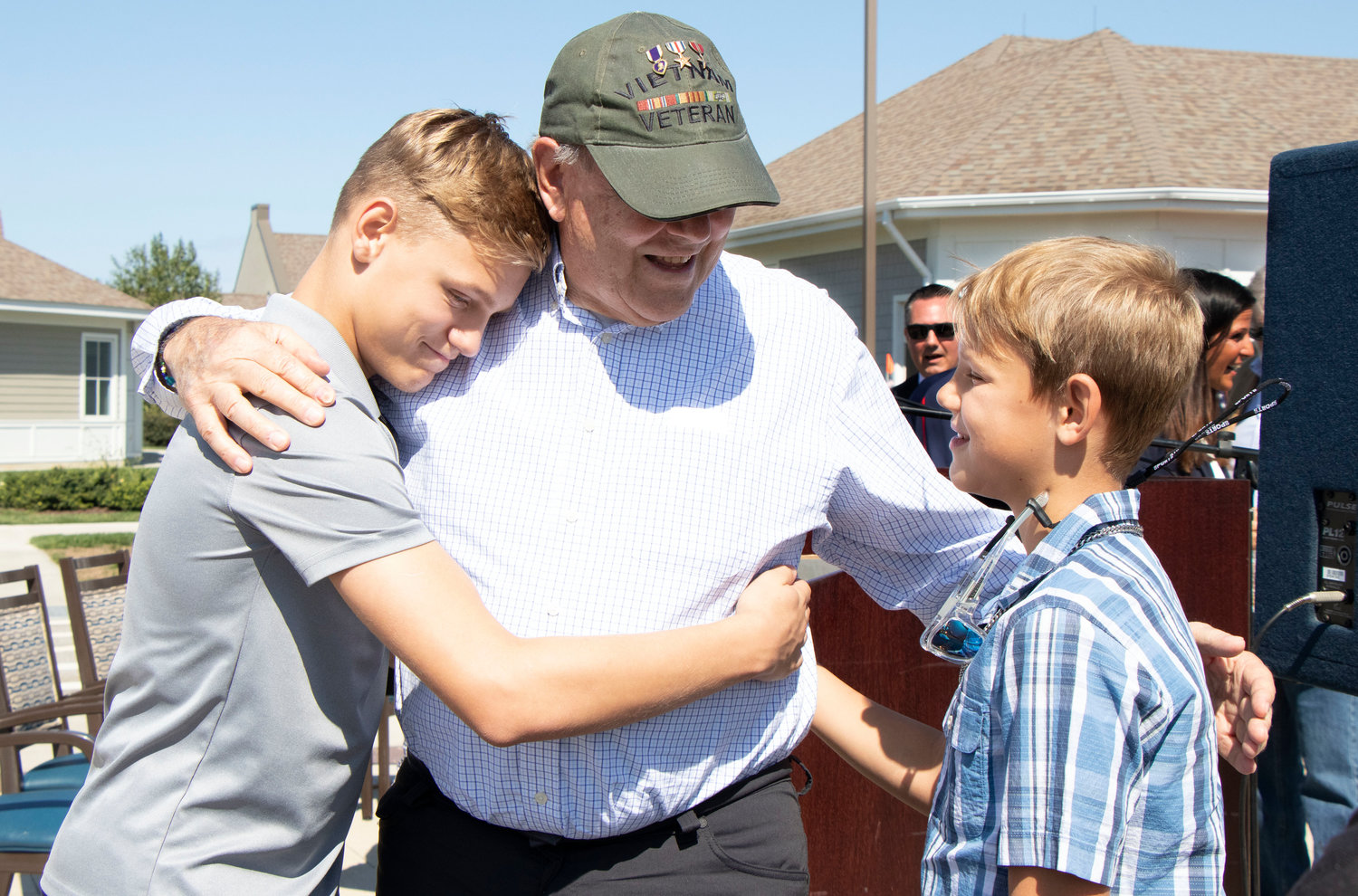 Ty ward 13, (left) and brother Chase Ward, 11, give grandfather and Vietnam War veteran Robert Ward a hug after the ceremony. Mr. Ward was honored during the event as he has two purple hearts and a bronze and silver star from his time in Vietnam.
Richard W. Dionne Jr. 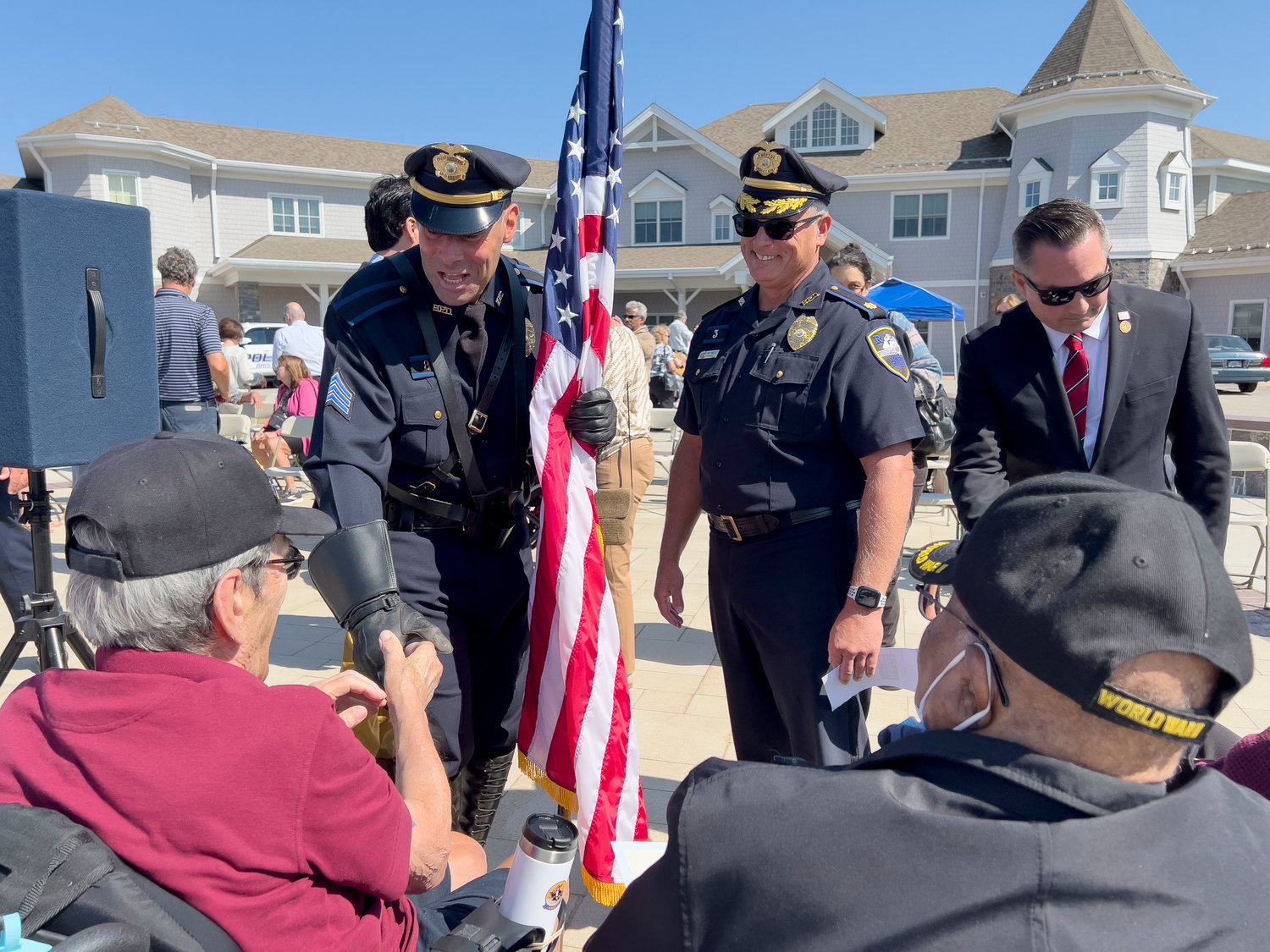 “The Purple Heart is awarded for being wounded or killed in action against an enemy of the United States,” said Bristol Veterans Council President Wally Coelho in his opening remarks on the morning on Friday Sept. 16 at the Rhode Island Veterans Home. “It is a privilege to honor these Purple Heart recipients.”

The ceremony was held to recognize Bristol’s Purple Heart recipients, with Bristol’s official designation as a Purple Heart Town, following the Town Council’s unanimous approval of a resolution at their Aug. 3 meeting.

In August of 2019, then-Governor Gina Raimondo declared Rhode Island a Purple Heart State, joining 44 other states and the territory of Guam. With the unanimous approval of a proclamation naming Bristol a Purple Heart Town, Bristol now joins East Greenwich, North Kingstown, South Kingstown, Narragansett, Charlestown, Westerly, Portsmouth, Middletown, and Newport on the Purple Heart Trail, creating a symbolic and honorary system of roads, highways, bridges, and other monuments that give tribute to the men and women who have been awarded the Purple Heart medal.

There have been nearly two million Purple Hearts awarded to service men and women injured in combat since the first one was awarded in February of 1932.

Councilor Aaron Ley, who introduced the resolution to the Town Council, spoke at the event. “Our passage of this proclamation means that we will continue to honor those members of our military who have been wounded or paid the ultimate sacrifice in combat,” he said. “We will ensure that we never forget the sacrifices made by our men and women in uniform and we will continue to appreciate the sacrifices our Purple Heart recipients made in defending our freedoms and that we acknowledge them for their courage and show them the honor and support that they have earned.”

“Honor and respect for the sacrifices of our men and women in uniform is embedded in our community's DNA.”

“We appreciate the staff at the Veterans Home; most of all, we appreciate the residents,” said Town Administrator Steven Contente, speaking to the large contingent of honorees who are also Veterans Home residents. “I like to say ‘our residents’. I know you have your own hometowns, but I’m very proud to say that you’re residents of Bristol.”

Standing in for guest speaker Tiger Patrick, the State Commander for the RI VFW who was unable to make the event, Coelho told the story of a time when he was mentoring a student’s senior project at the Veterans Home. Coelho suggested the student talk to James Robinson, a Navy veteran who has received two Purple Hearts in two different conflicts. For the young man, his conversation with Mr. Robinson was transformative.

“So 35 minutes later, the student walked back over to me, and he was welled up,” said Coelho. “He just couldn't believe it. He said to me, ‘you know, he just makes me want to be a better person.’”

Honored with citations at the event were the following local Purple Heart recipients; some honorees were present, while others were represented by family members: