Master Chief Boatswain’s Mate Frank J. Parenti is set to retire from the United States Coast Guard on Oct. 1, 2022 having served for 27 years. As a native Bristolian, Master Chief Parenti has … 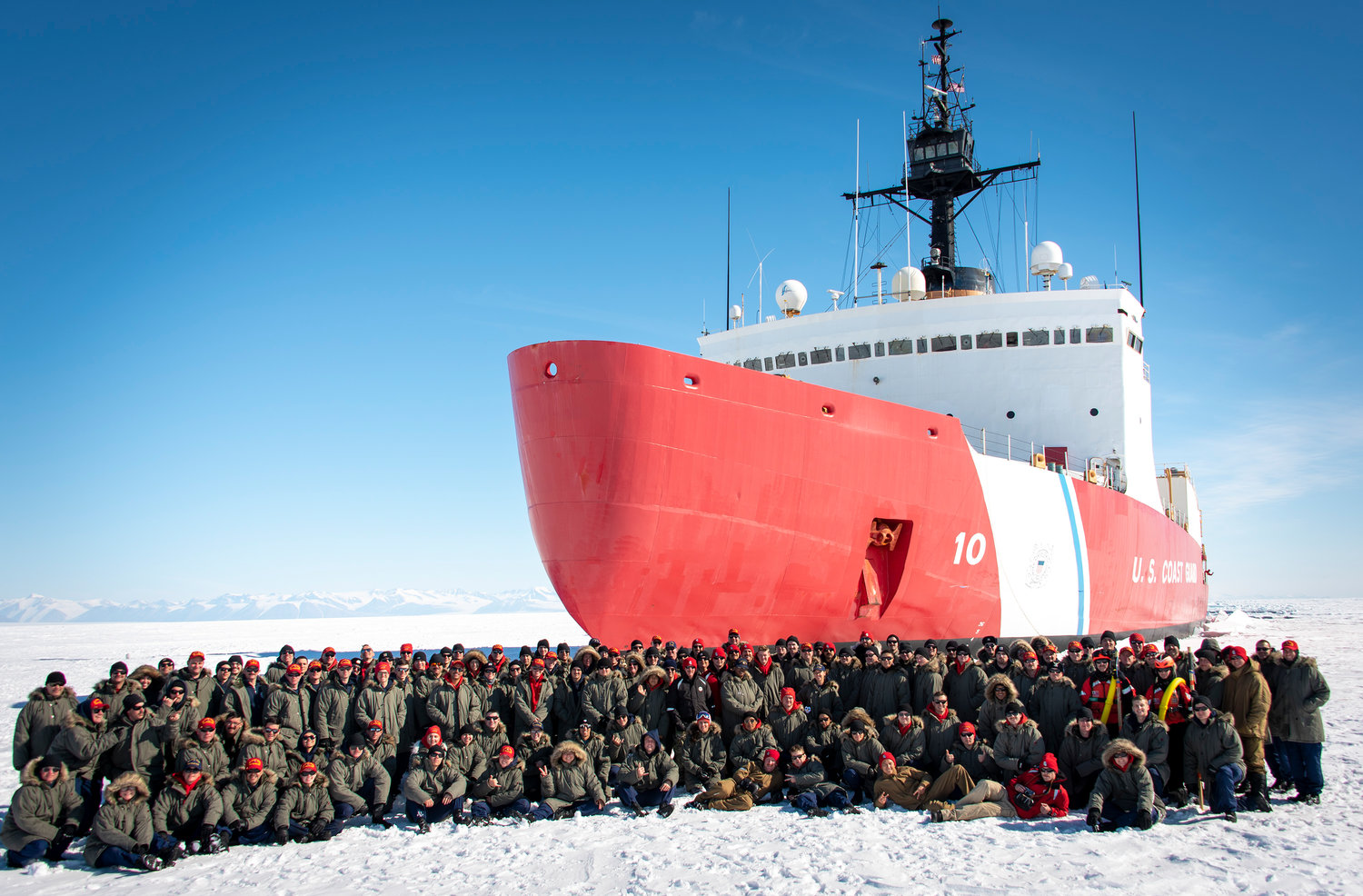 Frank Parenti with the rest of the crew of the Polar Star on the ice in Antarctica during a delivery to McMurdo Station.
Senior Chief Petty Officer NyxoLyno Cangemi 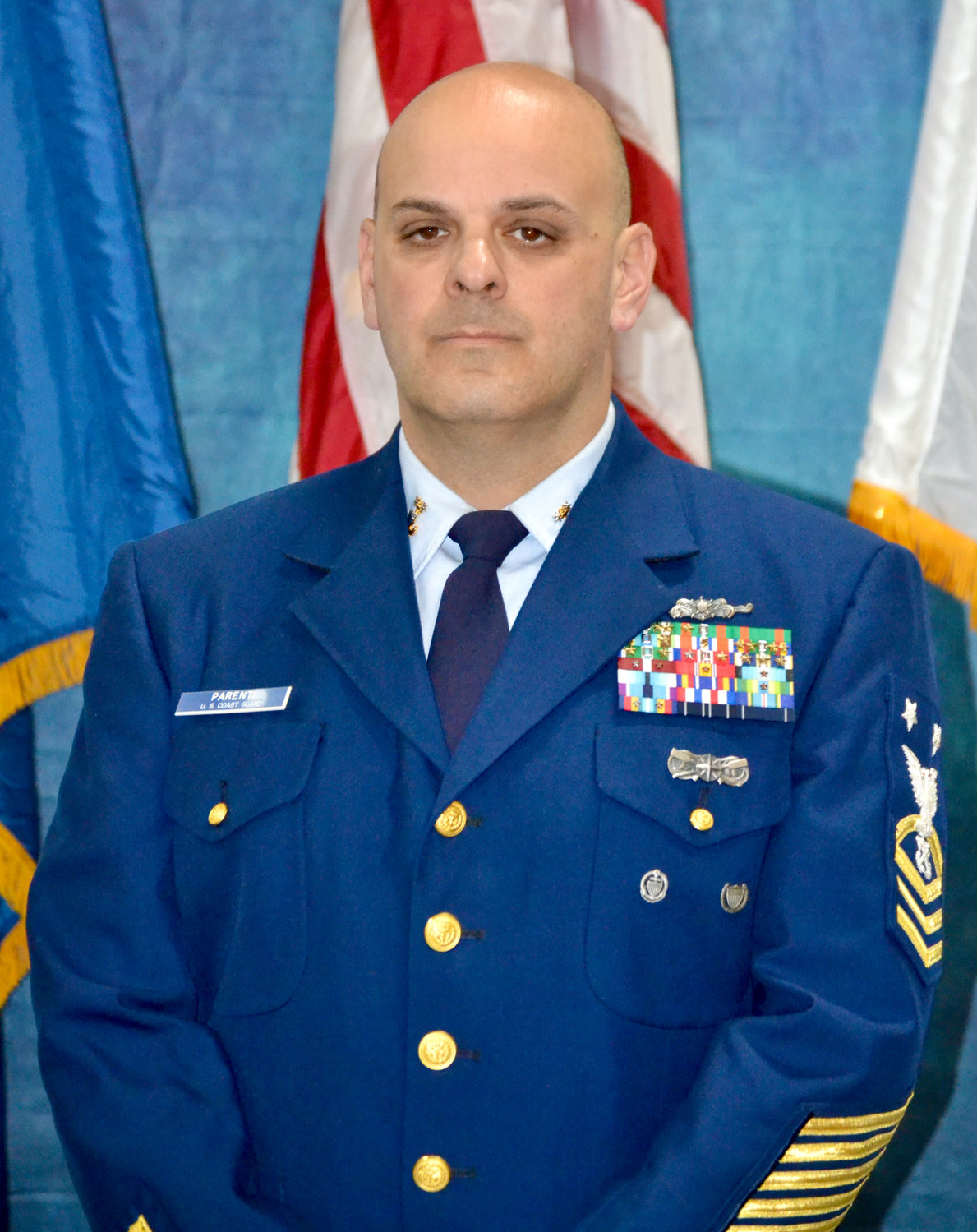 Master Chief Boatswain’s Mate Frank J. Parenti is set to retire from the United States Coast Guard on Oct. 1, 2022 having served for 27 years. As a native Bristolian, Master Chief Parenti has chosen to have his retirement ceremony at the Bristol Coast Guard Station to honor the location from which he enlisted. The ceremony will take place on June 30, 2022 and will include presentations by the USCG Color Guard, United States Navy Band, Bristol Town Council representatives, and Fourth of July Committee leadership. Over 100 friends, family members, and service members from across the country are set to attend. A reception will follow at the Herreshoff Maritime Museum.

During his career, Master Chief Parenti has served in many positions across the Coast Guard, supporting wide-ranging missions including maritime security, drug and migrant interdiction, environmental protection, and international relations. Immediately following basic training, he proudly served on the Coast Guard Cutters Buttonwood (San Francisco), Reliance (New Hampshire), and two separate tours on the Sherman (San Francisco). After promotion to Operations Petty Officer, he served on the Nantucket (Key West) before promotion to Executive Petty Officer with service on the Kingfisher (Jacksonville), Vigilant (Cape Canaveral), and at Coast Guard Station Islamorada (Florida Keys). From there, he served as Officer in Charge at Coast Guard Stations Venice (Louisiana) and Sea Lion (Bellingham, Wash.).

Master Chief Parenti’s final mission has been aboard the Polar Star as Navigation Division Chief. This cutter, with its home port in Seattle, has the unique role of facilitating the annual resupply of National Science Foundation’s McMurdo Station by making the yearly 5-month voyage to Antarctica to cut through the ice and open travel channels for access in and out of the station.

In November of 2021 while underway to Antarctica, he earned the distinction of being named Master Cutterman as a result of serving 20 years on a cutter. Master Chief Parenti is only the 71st person in the history of the Coast Guard to earn this rare achievement, and he will also receive a special citation recognizing this occasion at his retirement ceremony. Known by his commanding officers as a true “sailor’s sailor,” Master Chief Parenti has also been inducted into a number of unofficial maritime orders celebrated traditionally in line-crossing ceremonies by those who sail across specific designations across the globe, including Golden Dragons (International Date Line), Trusty Shellbacks (Equator), Arctic Circle (Blue Noses), Antarctic Circle (Red Noses), and the ultra-rare Golden Shellback (International Date Line at the Equator). All told, Master Chief Parenti has steamed aboard Coast Guard cutters in the Arctic, Atlantic, Pacific, Indian, and Southern Oceans and made port in countries on five continents.

Additionally, he is a graduate of the Chief Petty Officer Academy class CXXIV and the Coast Guard Senior Enlisted Leadership Course. His personal awards include six Coast Guard Commendation Medals, the Permanent Cutterman, Coxswain, and Advanced Boat Forces Insignias, as well as both the Officer in Charge Ashore and Afloat insignias. In 2001, Coast Guard District Seven named him the Enlisted Person of the Year.

The son of Frank A. Parenti and Bernice (Coute) Parenti, formerly of Bristol, Master Chief Parenti enlisted in the United States Coast Guard in 1995 upon graduation from Mt. Hope High School.

Master Chief Parenti is an Eagle Scout (Troop 7 Bristol), 1995 Mt. Hope High School Home Builder of the Year, a 2018 graduate of Roger Williams University where he earned a Bachelor of Science degree in Public Administration, and he completed a Masters of Public Administration program at Pennsylvania State University in 2021. He served as President of the Board of Directors for the non-profit Pioneer Meadows Montessori School between 2018 and 2020.

Master Chief Parenti is married to Anastacia (Hill) Parenti of Laramie, Wyo. Mrs. Parenti is herself a 10-year veteran of law enforcement, having served as a forensic chemist and crime scene investigator between the Douglass County Sheriff's Office (Omaha, Neb.) and the Brevard County Sheriff's Office (Cocoa Beach, Fla.). They have two daughters, Gianna and Natalia. Currently residing in Blaine, Wash., Master Chief Parenti plans to continue his lifelong commitment to service through civic duties in public administration.