This day was more than two years in the making for the church's garden, which was first established in 1995. 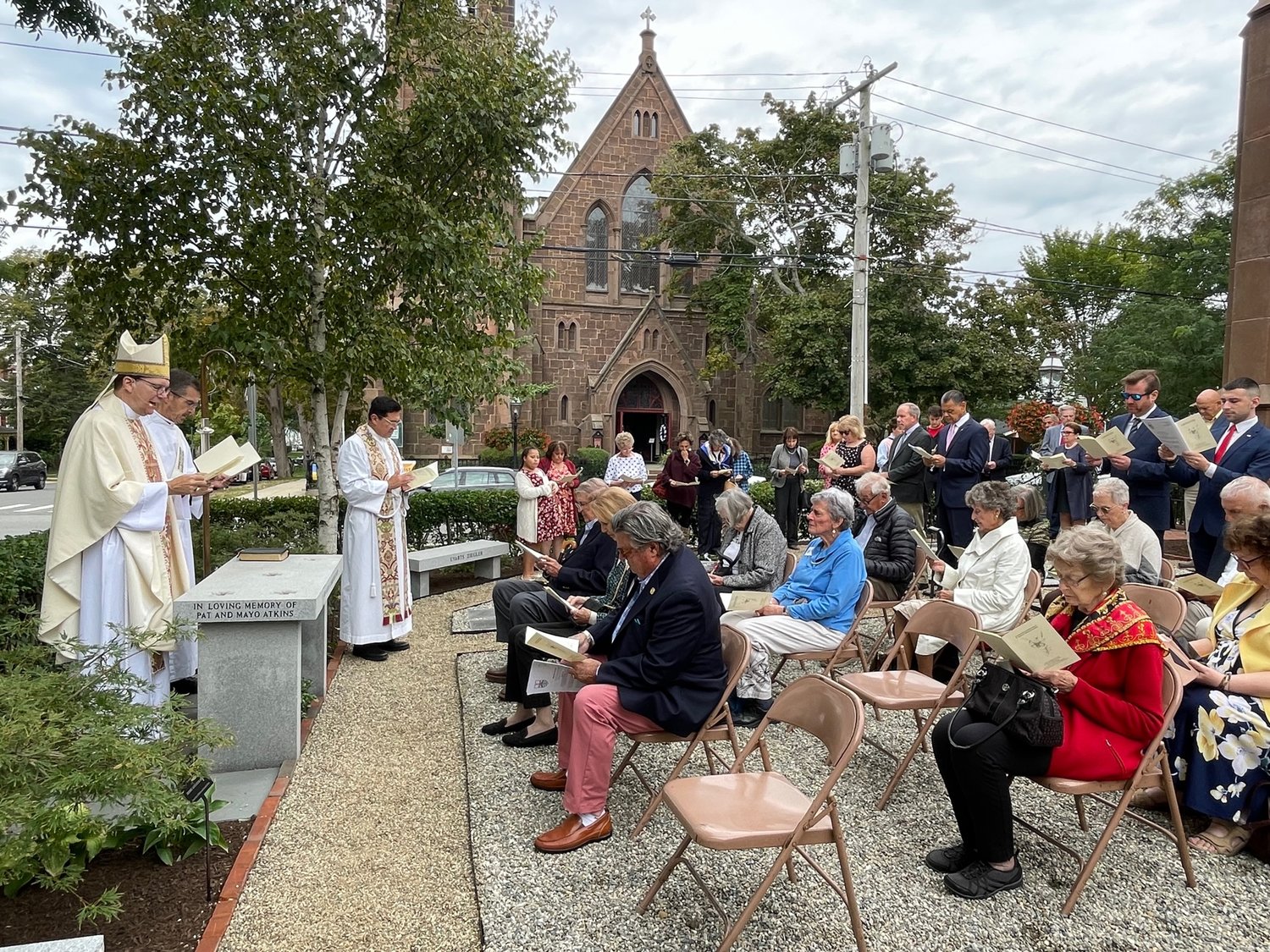 St. Michael’s parishioners gathered for the rededication of their redesigned Memorial Garden. Presiding over the service was Right Revd. Nicholas Knisely, Bishop of the Episcopal Diocese of Rhode Island; the Revd. Deacon James Kelliher, the Bishop’s Chaplain; and the Revd. Canon Michael J. Horvath, Rector of St. Michael’s. 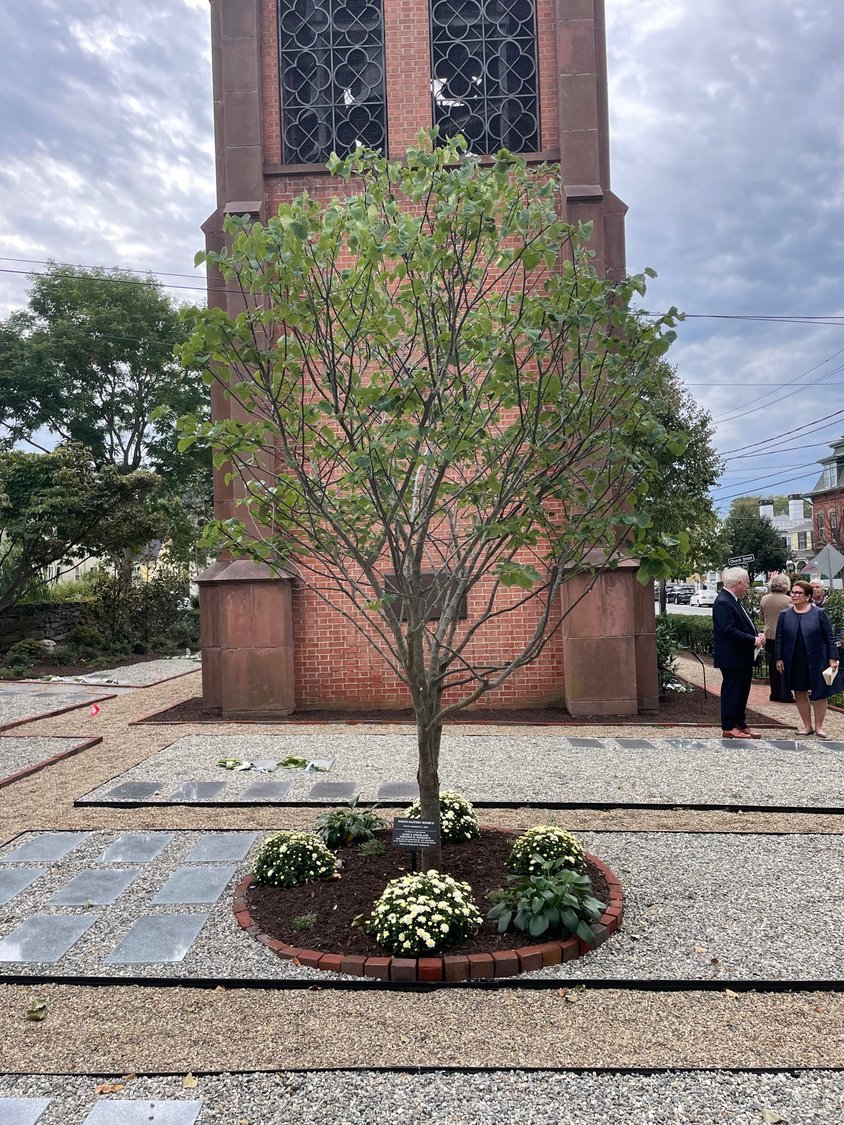 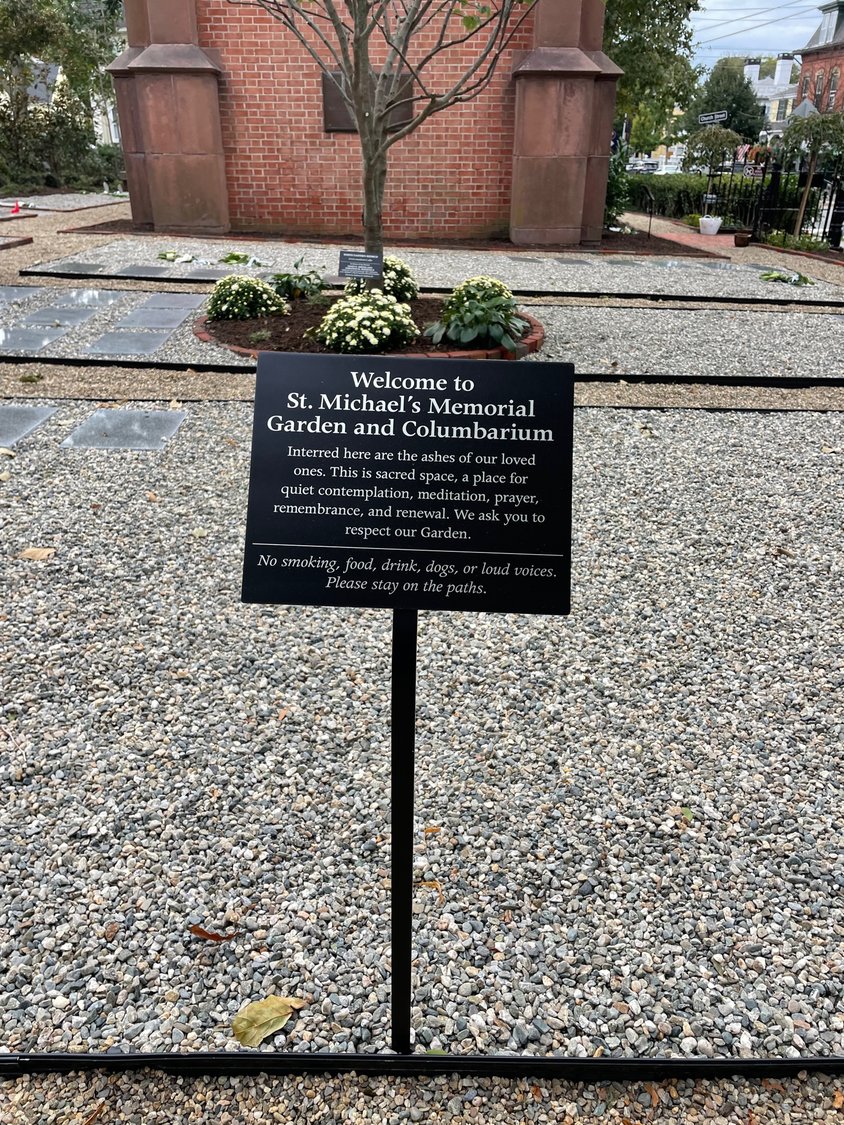 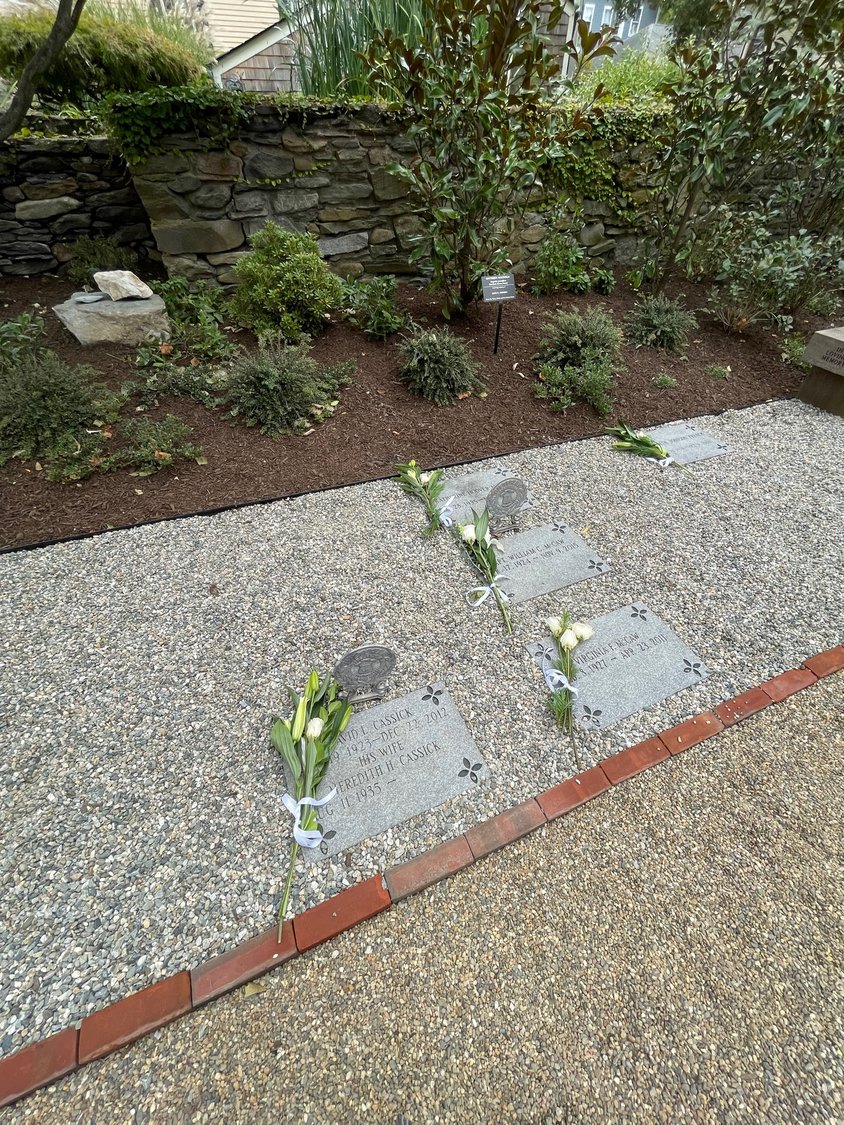 Immediately after services this past Sunday, Sept. 25, the St. Michael’s Church congregation gathered in the Memorial Garden on the east side of Hope Street, adjacent to the Parish Hall, for the rededication of the revitalized garden at the corner of Hope and Church Streets.

The St. Michael’s community filed into the garden, the pleasing sound of peastone underfoot. The Revd. Canon Michael J. Horvath, Rector of St. Michael’s, was joined by the Right Revd. Nicholas Knisely, Bishop of the Episcopal Diocese of Rhode Island, and the Revd. Deacon James Kelliher, the Bishop’s Chaplain; Bishop Knisely led the congregation in prayers and blessed the sacred resting place of many St. Michael’s deceased congregants.

This day was more than two years in the making. Established in 1995 following the interment of longtime rector Canon Delbert W. Tildesley, the garden was improved in the interim, in 2003 and again in 2005. In the years since then, benches, trees and shrubs were added.

But in recent years, the garden cemetery had suffered landscaping and drainage issues, hidden behind an overgrown hedge. In 2019, a re-energized committee made a new plan. Headstones have since been realigned, new gravel pathways have been laid, the privet hedge has been shortened, a stone wall has been rebuilt, new specimen trees and shrubs have replaced diseased ones, and new granite benches and an outdoor altar have been put in place.

Redwood Nursery Garden Center and Landscaping oversaw the construction and installation of the garden.

“Most promising of all, a new endowment fund will guarantee that this holy ground will be kept in pristine condition for ages to come,” said Canon Horvath. “This has been made possible by the generous response of our parishioners to opportunities to name trees and benches in honor of family members.”

Parishioner Janet Atkins created the new landscape design, a Sissinghurst-style white garden. (The Sissinghurst Castle Garden is one of the most well known in England, and only white, green, gray and silver plants are permitted to grow in its White Garden.)

“I’ve included white crepe myrtle,” said Mrs. Atkins Watkins, a native of Georgia. “A few years ago, no one would have dreamed it could grow in New England, but climate change is transforming our landscape.”

Interment of cremated remains is available in the Memorial Garden, and according to Canon Horvath, there is room for about 100 more headstones, each of which can hold two interments, or serve as a memorial for a loved one buried elsewhere. Details for purchasing plots can be found at the Parish Office, 399 Hope Street. Non-members of the parish can be interred at the Rector’s discretion.

In addition to the rejuvenation of the Memorial Garden, St. Michael’s has recently restored the copper and tile roof on the historic Parish House and Sanctuary, renovated Holmes House as a Rectory, planted a 90-foot-long Pollinator Garden along Church Street, and created an English-style cottage garden in the Church’s Close.

Christmas in Bristol promises to be bigger than ever

In Bristol, the holiday season is all about 'Christmas'