Tiverton police need help identifying a vehicle believed to be involved in a hit-and-run accident that critically injured a pedestrian Sunday evening.

Police and fire crews were dispatched to the … 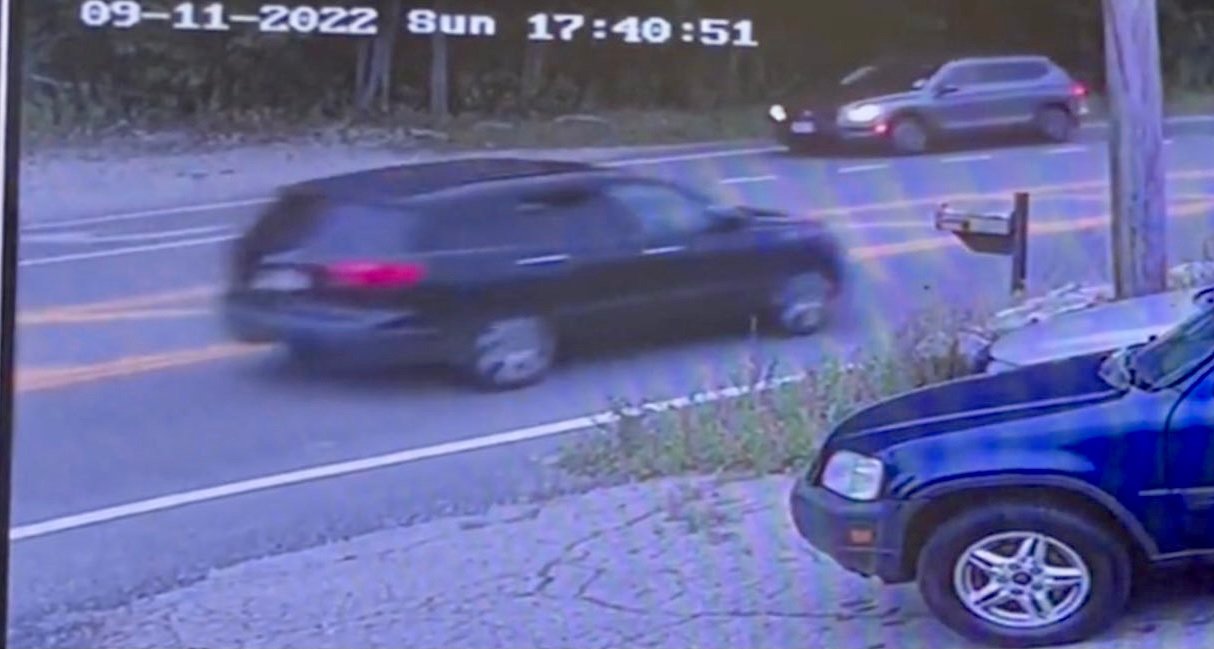 A screen capture from surveillance footage showing the suspect vehicle, a dark-colored Acura MDX, in a hit and run that occurred on Bulgarmarsh Road on Sunday, Sept. 11. Anyone with information on the vehicle is asked to contact Tiverton Police at 401-625-6717.
COURTESY TIVERTON POLICE DEPARTMENT
Posted Monday, September 12, 2022 3:53 pm

Tiverton police need help identifying a vehicle believed to be involved in a hit-and-run accident that critically injured a pedestrian Sunday evening.

Police and fire crews were dispatched to the area of 501 Bulgarmarsh Road at about 6:45 p.m. Sunday for a report of a pedestrian that was struck by a vehicle, and found a 32-year-old man unresponsive on the side of the road.

Officers learned that the victim was traveling east on Bulgarmarsh Road in a Volkswagen sedan. Bystanders reported that he was being followed by a black or dark-colored SUV, and that the operators of the two vehicles appeared to have beeen involved in a road rage-type incident. Just before the intersection of Bulgarmarsh and Fish roads, the victim reportedly stopped and exited his vehicle. The SUV also reportedly stopped, backed up, and then accelerated forward, striking the victim. The victim was dragged by the vehicle for approximately 50 feet before being run over. The SUV continued east on Bulgarmarsh Road at a high rate of speed.

The victim was transported by Tiverton Rescue to an area hospital and is in critical condition.

The suspect vehicle is a dark-colored Acura MDX. Surveillance footage captured near the scene can be viewed here. The vehicle enters from the left side of the screen. Community members should note that the time depicted on the screen is off by one hour.

Anyone who may have information on this incident or the vehicle or driver involved is asked to contact the Tiverton Police Department at 401-625-6717. The incident is being investigated by Det. Sgt. Joshua Pelletier, jpelletier@tivertonpoliceri.com, and Officer Michael Topazio, mtopazio@tivertonpoliceri.com.

Bristol PD: An injured pitbull and exploitation of an elder