EPHS pitcher Keira Quadros delivers as first baseman Emma Bergeron gets into position for the Townies in their recent outing at neighboring Bay View.
Photos by Mike Rego 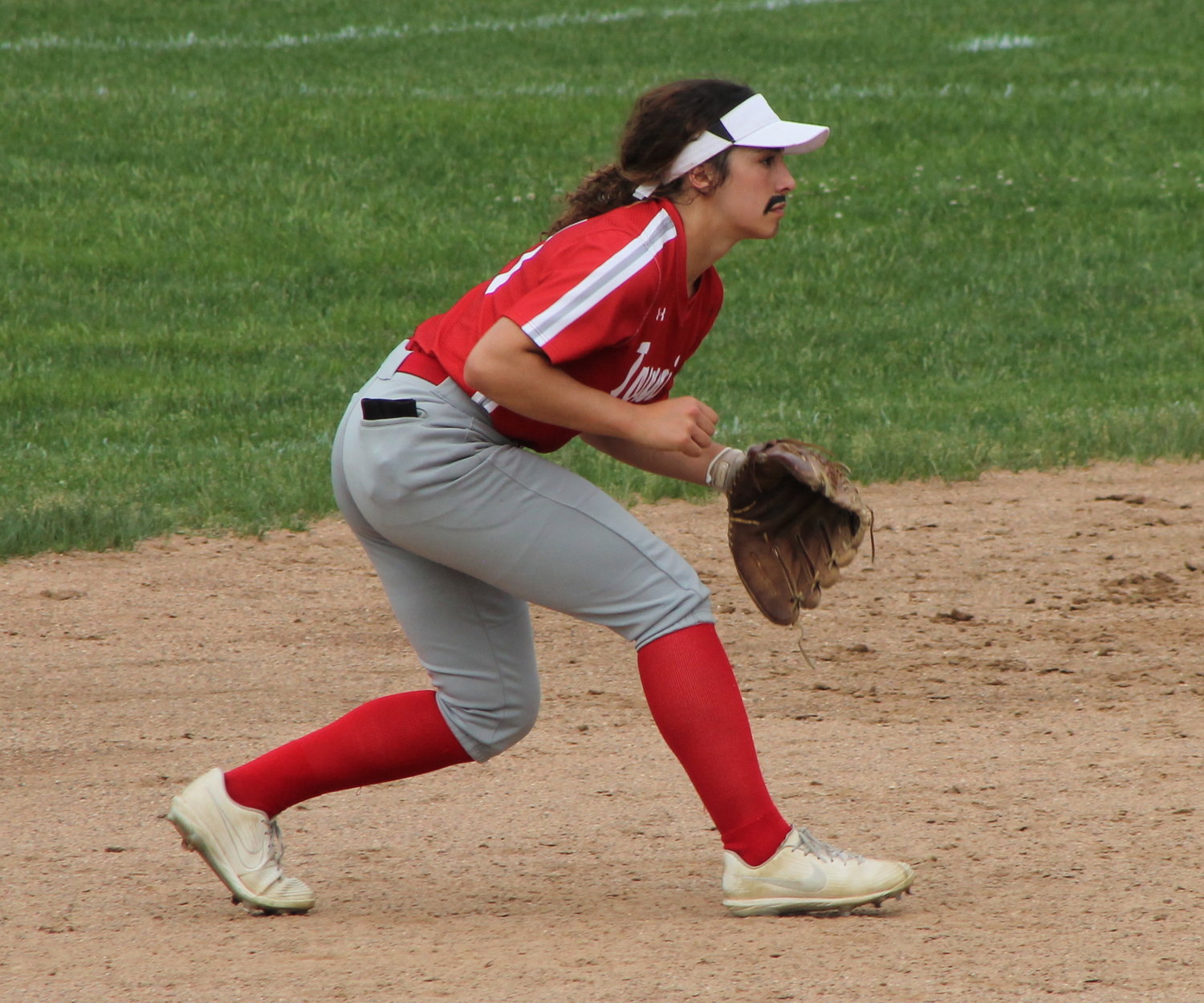 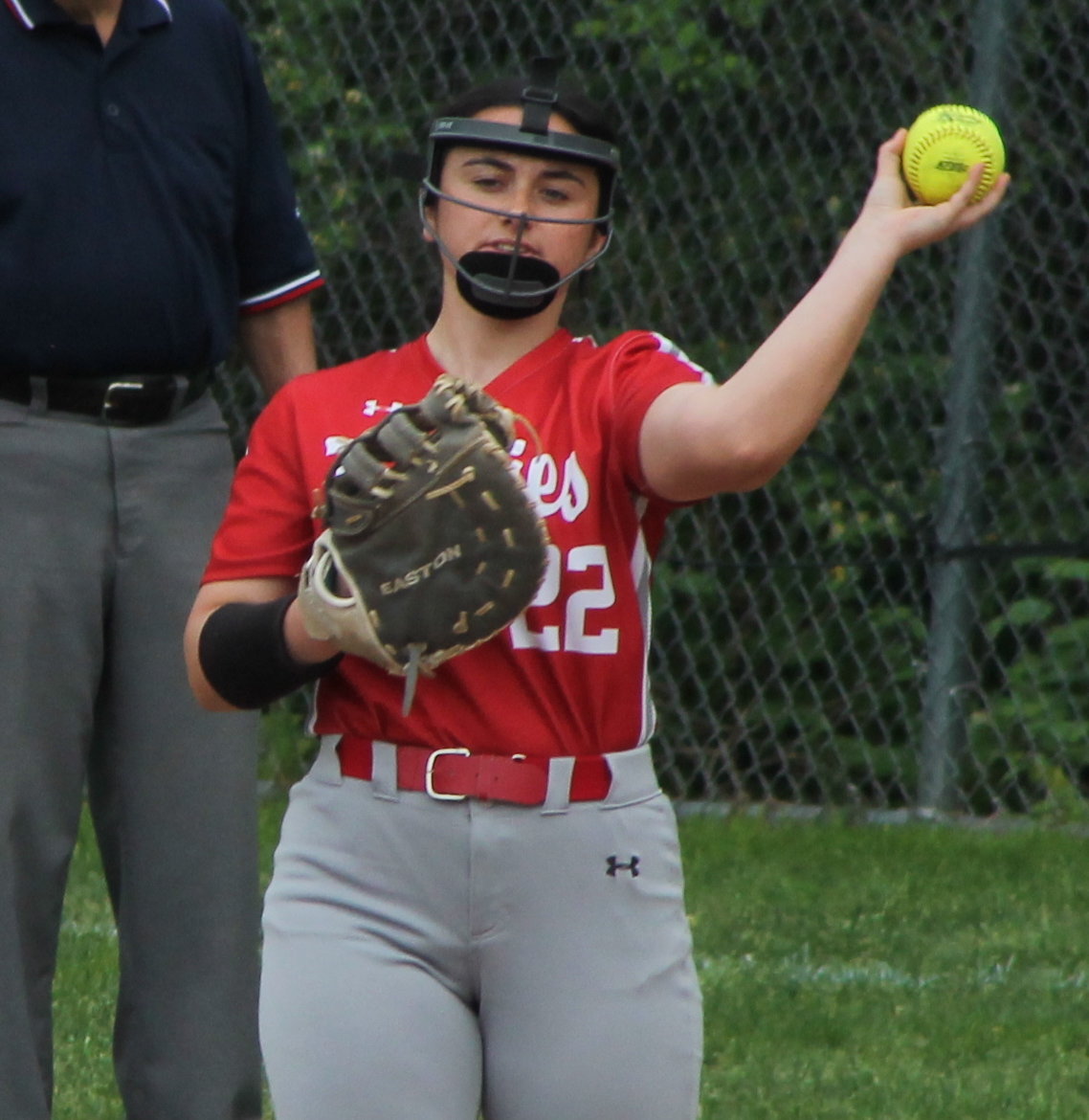 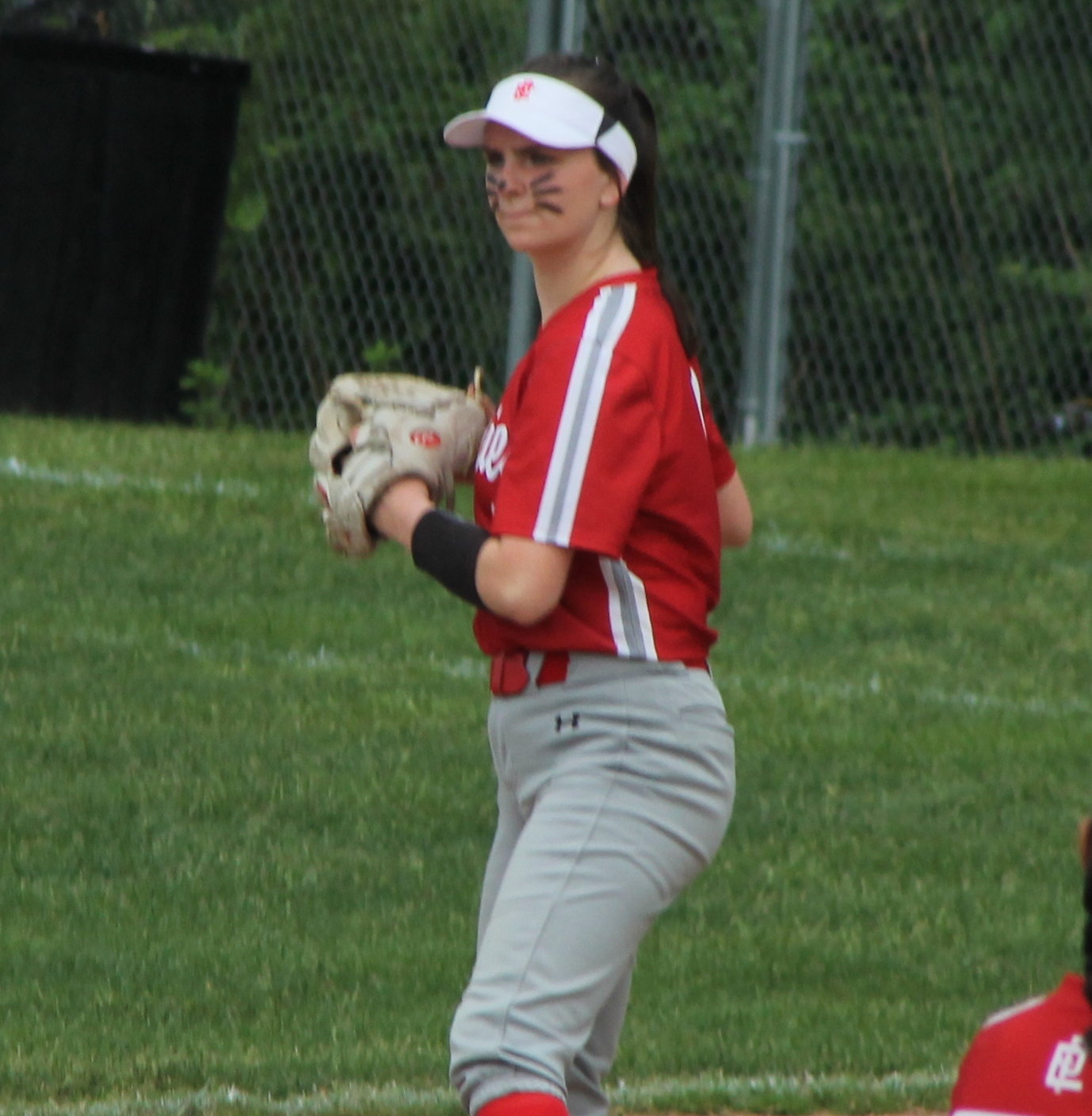 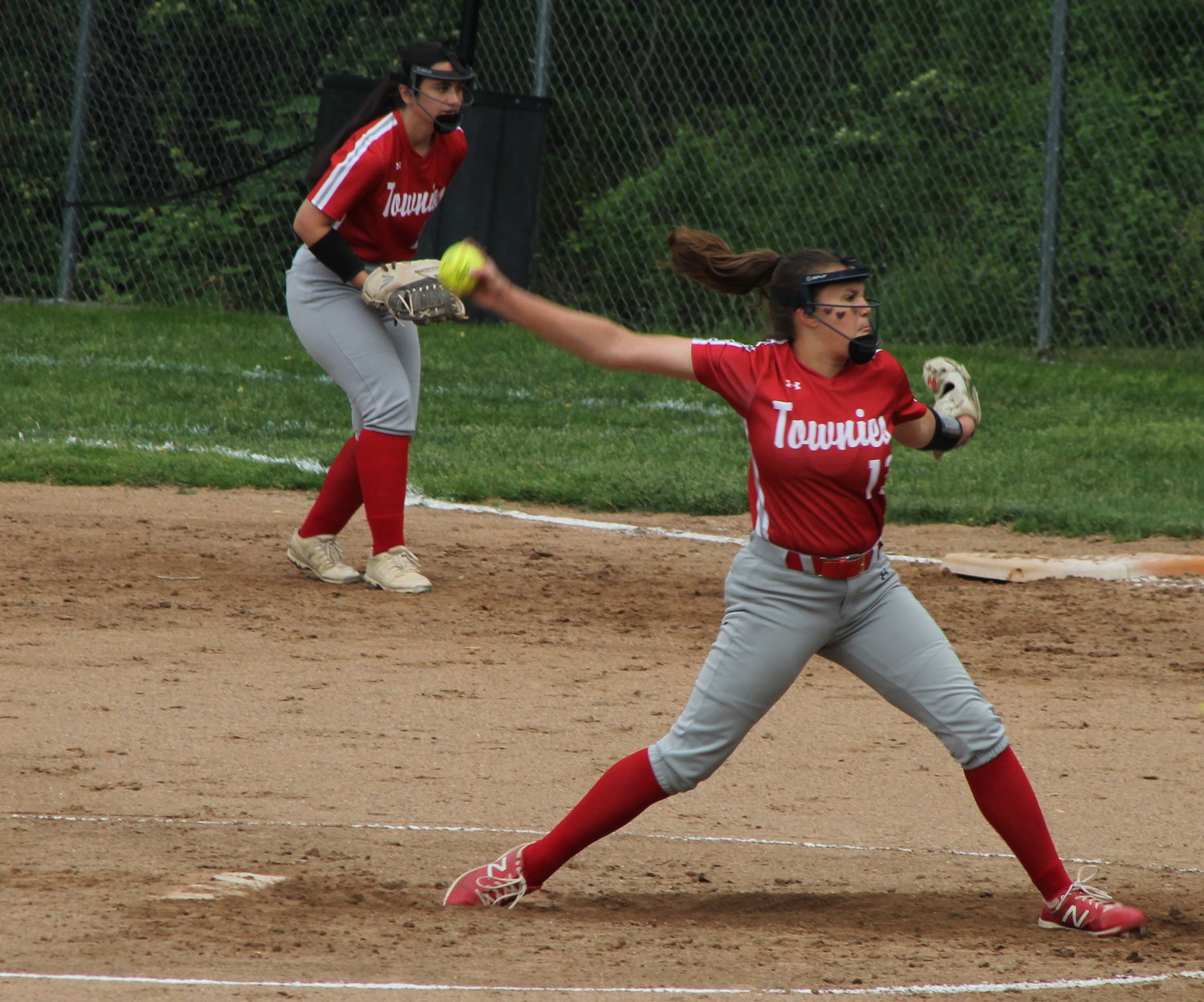 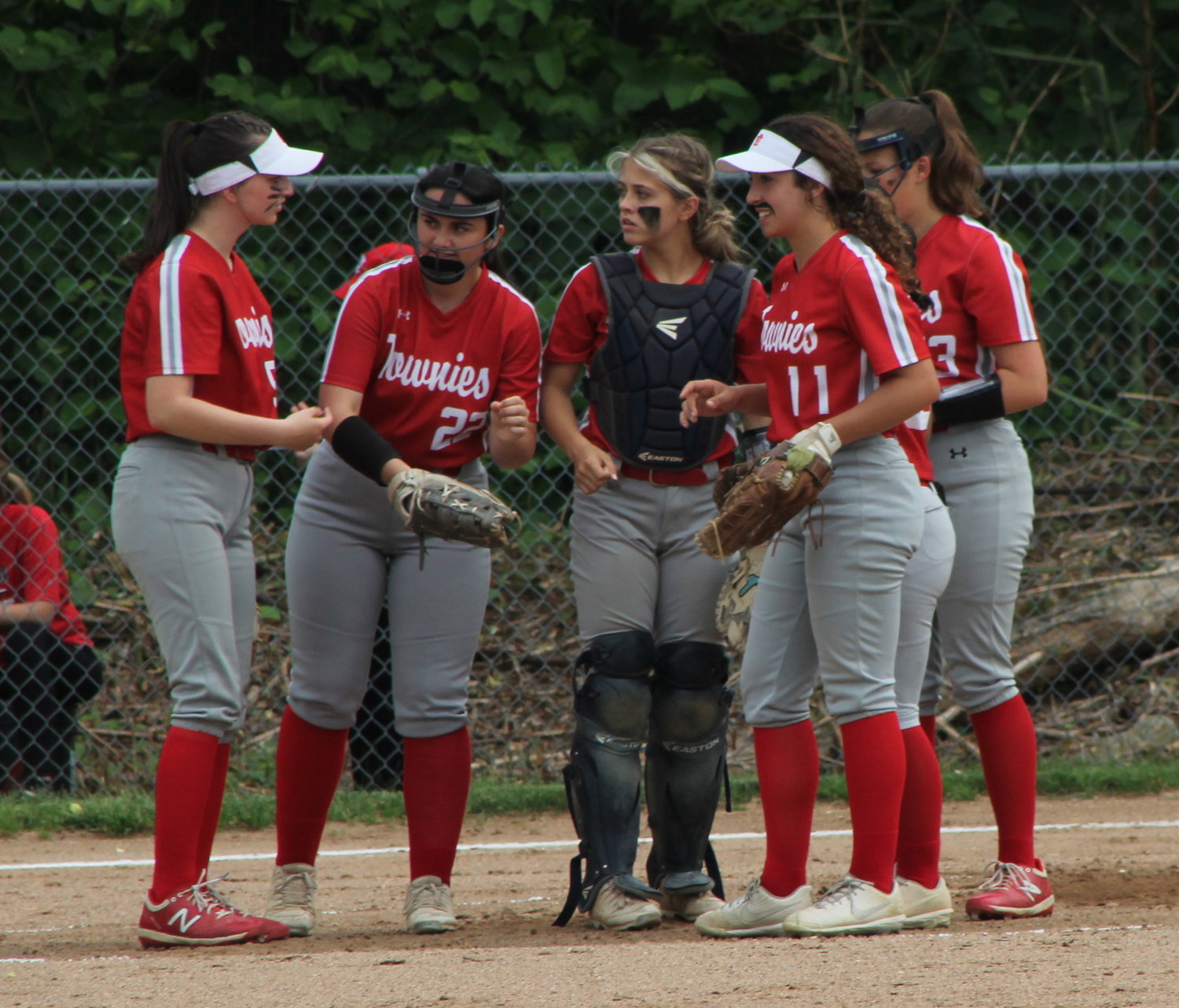 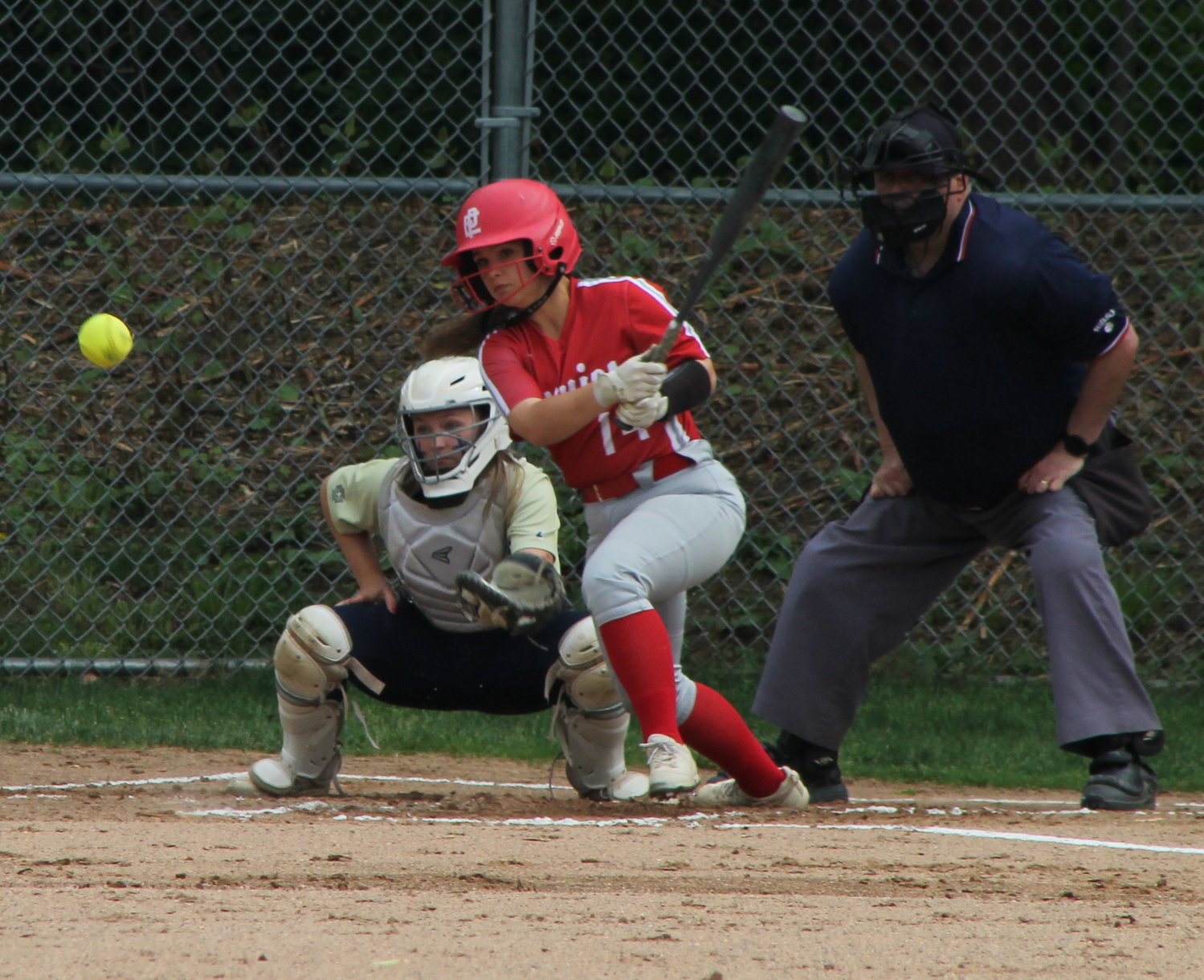 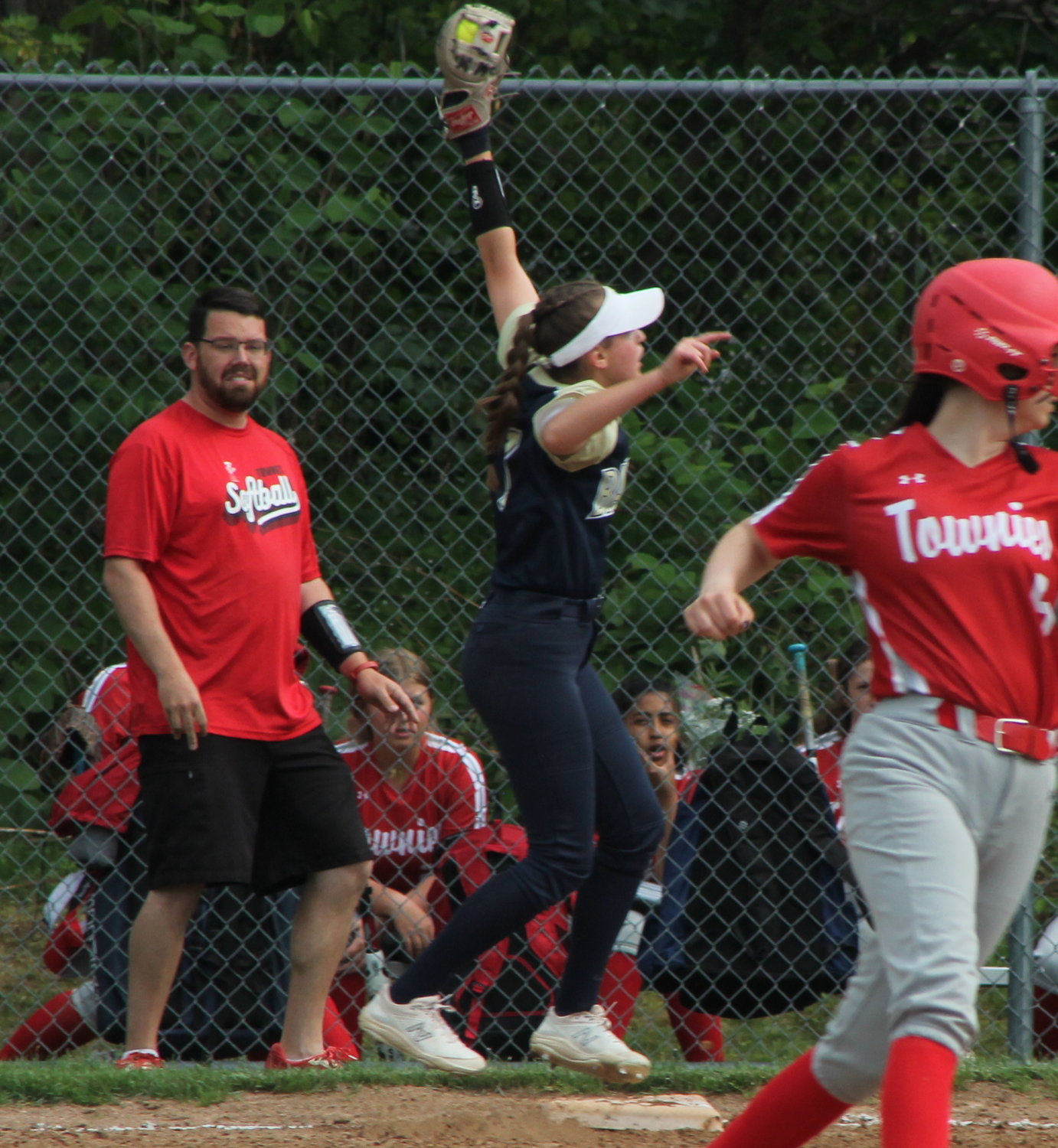 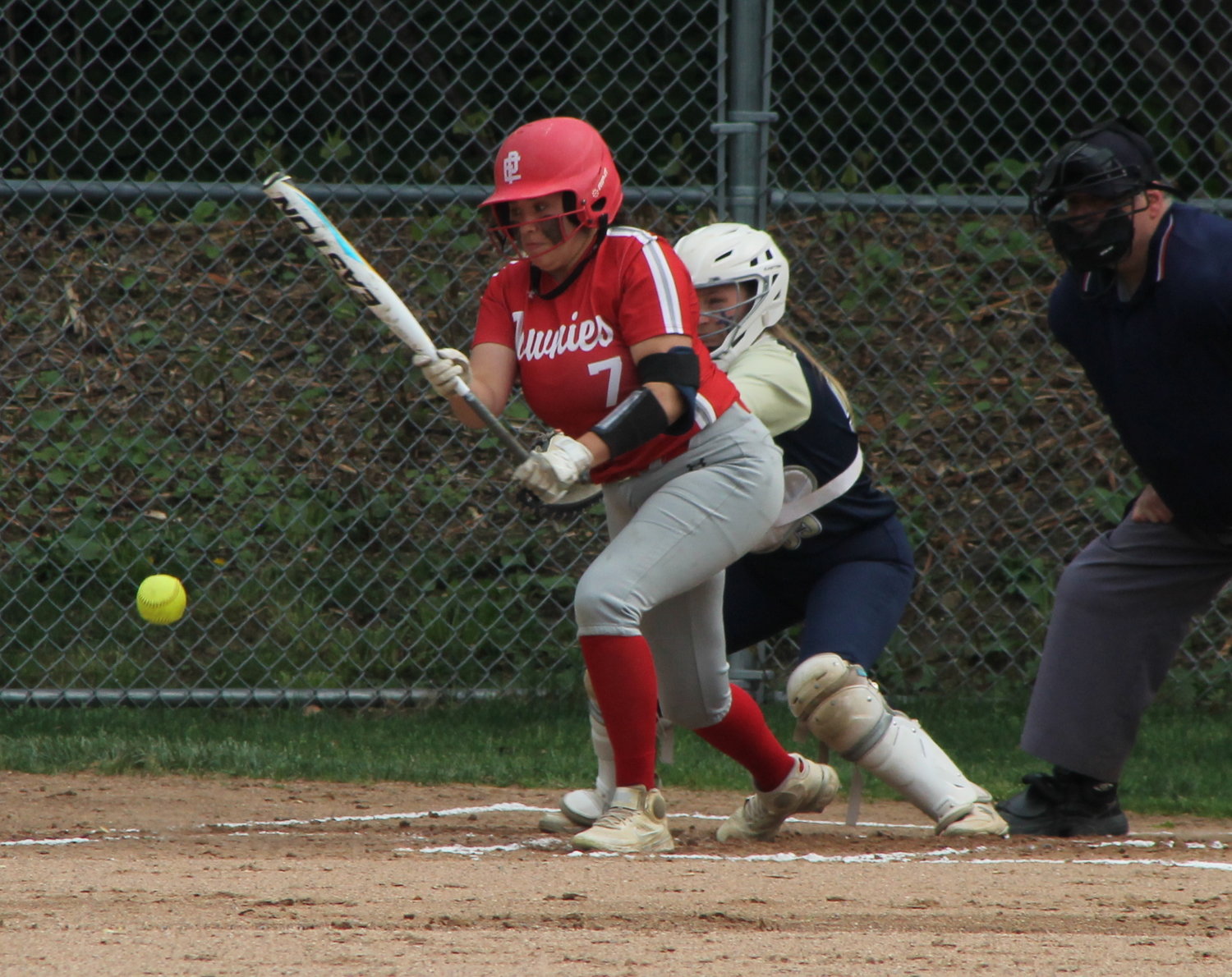 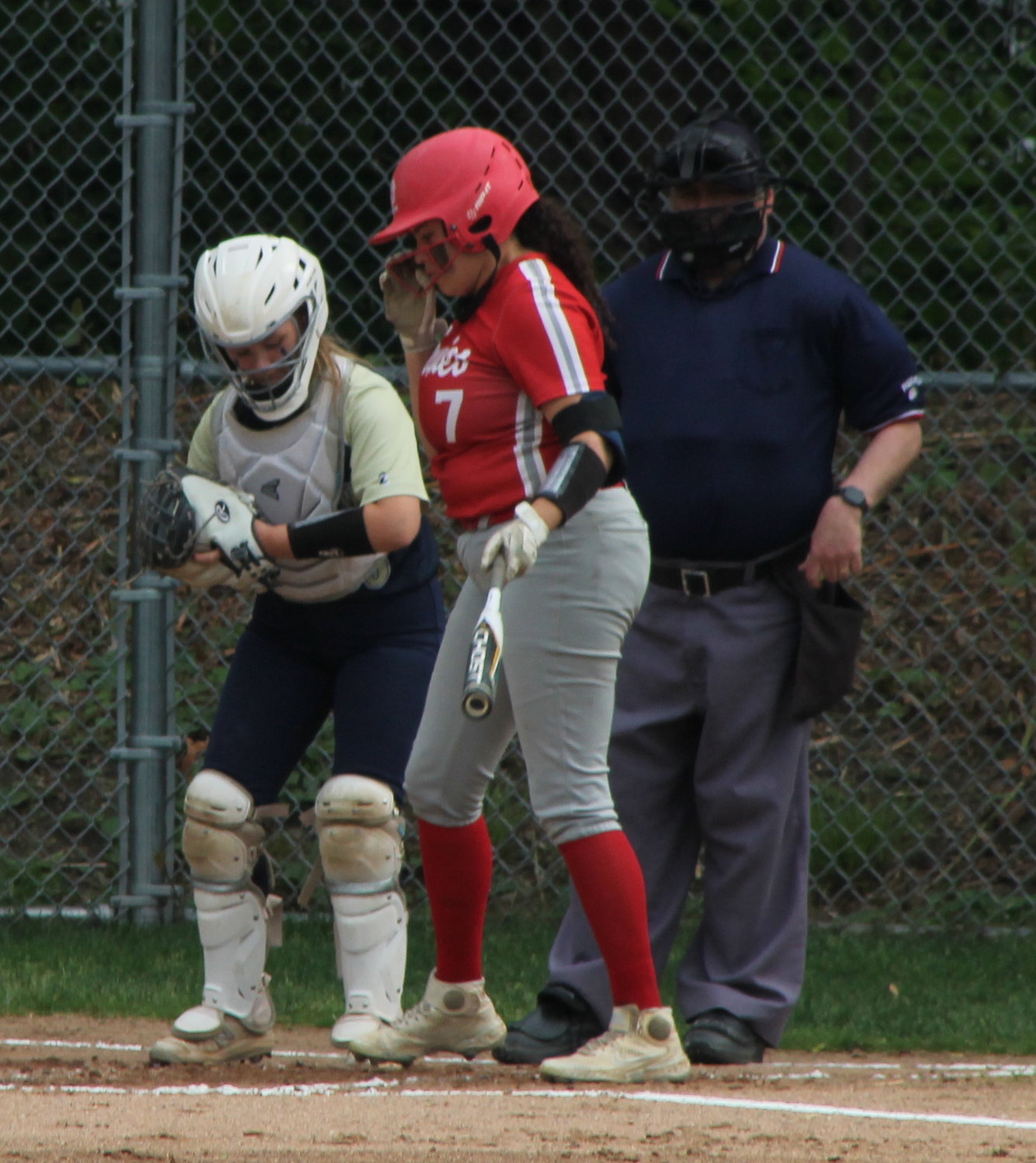 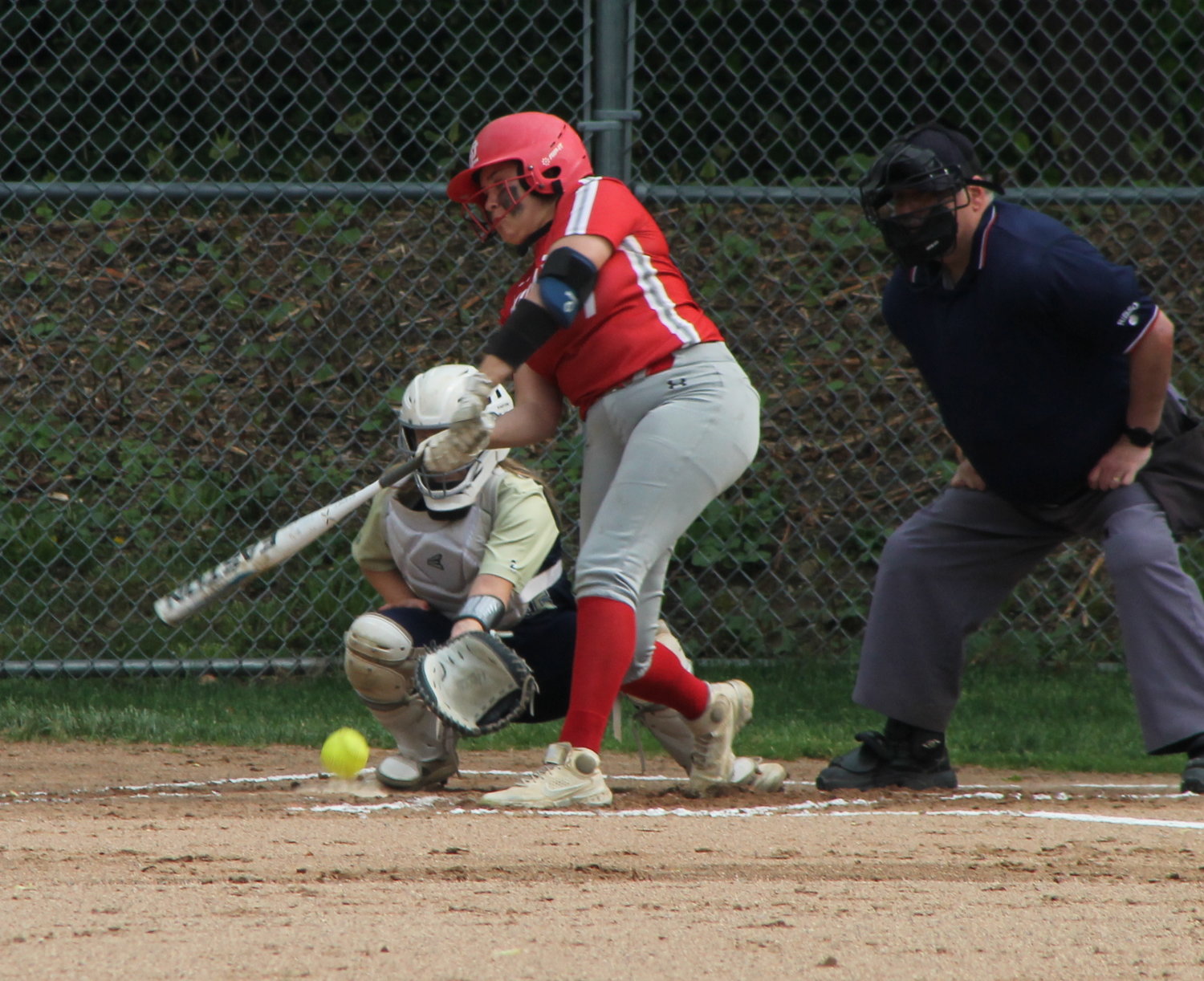 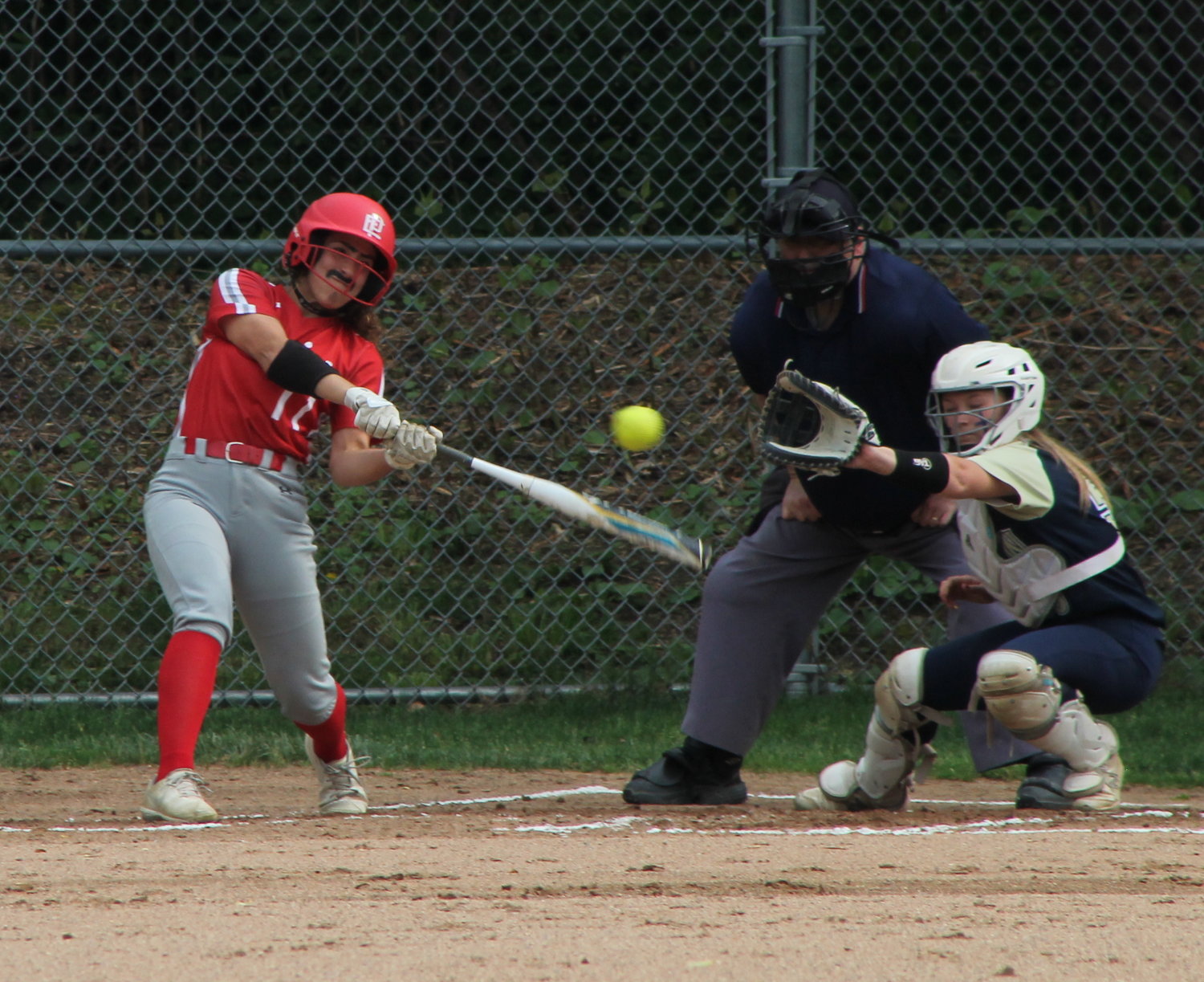 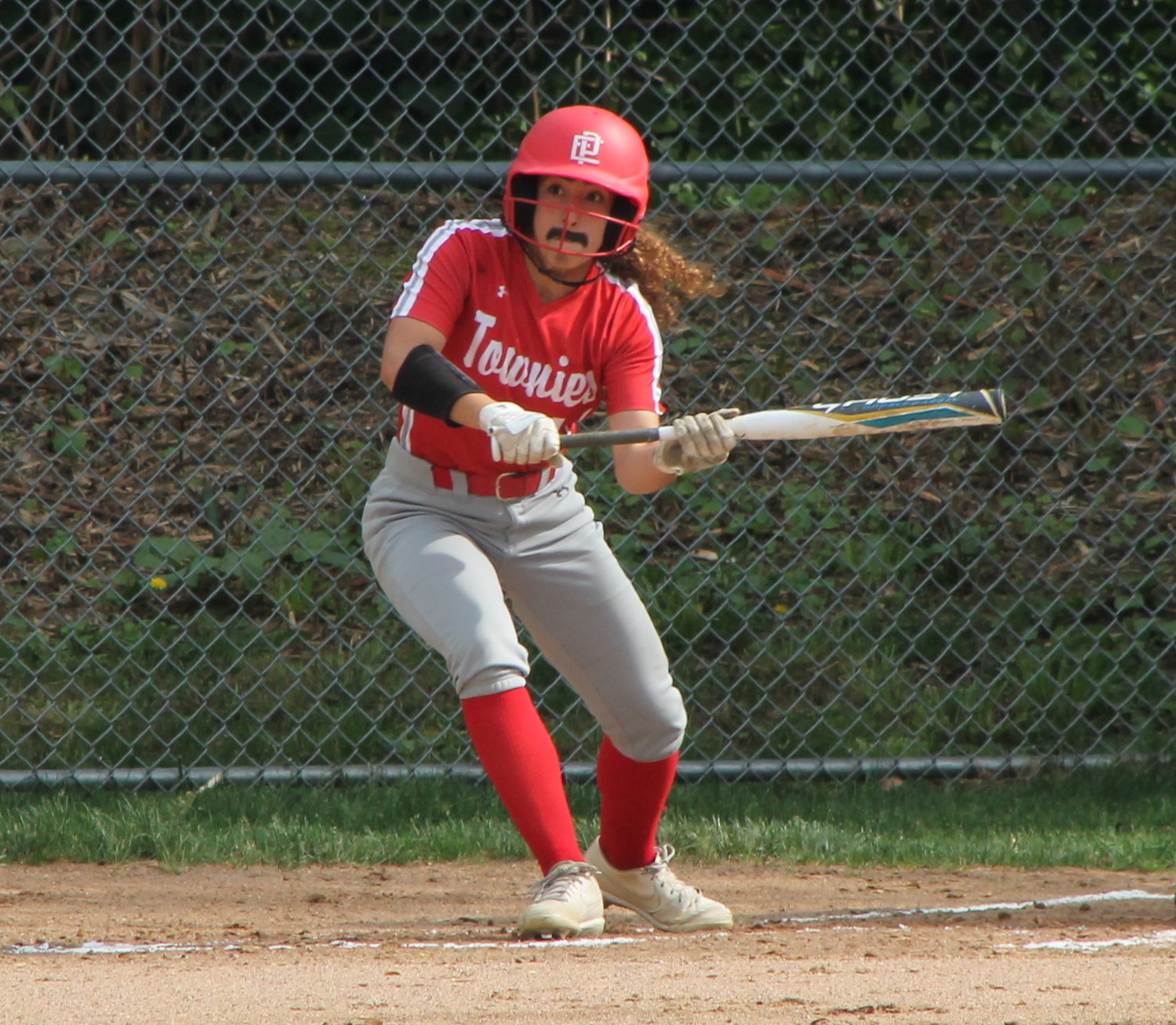 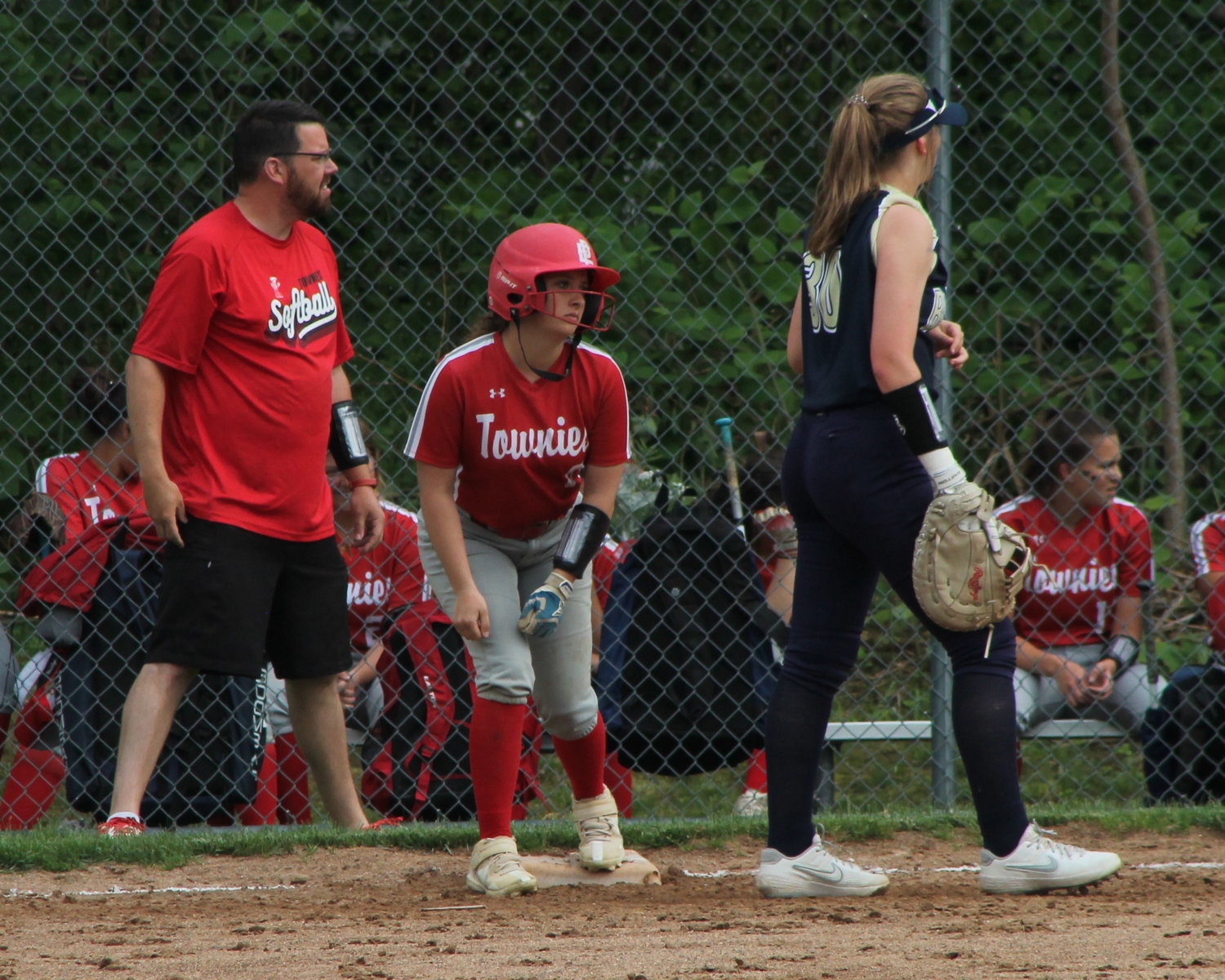 EAST PROVIDENCE — For the second time this spring the playoff-bound EPHS softball team and its first-place neighbors from Bay View engaged in a pitchers’ duel with the game ending in the same result, a narrow win for the host Bengals Friday, May 20.

When the teams met previously in late April, it was Bay View pitcher Sarah Trosin who slightly got the better of Townies’ hurler Keira Quadros.

Last week, Trosin did the damage at the plate, connecting on a home run for the game’s lone tally in the bottom of the fourth inning.

Quadros finished on the wrong end of the decision despite striking out 14 Bengals and not walking a batter.

Emily Heath got the better of the Townies in the circle for Bay View. She also struck 14 and walked a hitter in the top of the second when the senior got out of a two-on, one-out jam to end East Providence’s most significant threat of the afternoon.

The Bengals improved to 14-2 and stayed comfortably atop the Division I-Central standings at the time. EPHS fell to 6-9.

A month ago, the Bengals got the better of EPHS in 10 innings and also 1-0. Ava Wasylow drove in Gianna Paolino with what proved the game’s lone run in the top of the 10th for Bay View. Trosin allowed just two hits and struck out 20 Townies. Quadros fanned 15 with no walks and also allowed only two hits.

Also last week, EPHS earned a 1-0 win over visiting Moses Brown in its prior outing on Wednesday afternoon, May 18. The Townies scored the game’s lone tally in the bottom of the seventh inning to record to the walk-off win.

Gigi Sosa started the rally with a one-out single. She advanced to second on a hard hit ball up the middle by Quadros then Abby Hollingworth’s bunt was misplayed by the Quakers, allowing Sosa to cross home plate safely with win the game.

In the circle, Quadros struck out 13, walked one and gave up only four hits to pitch the shutout. Defensive standouts for the Townies included Sosa, Sophia Patterson, Emma Bergeron, Ava Mendence and Mackenzie Pimentel.