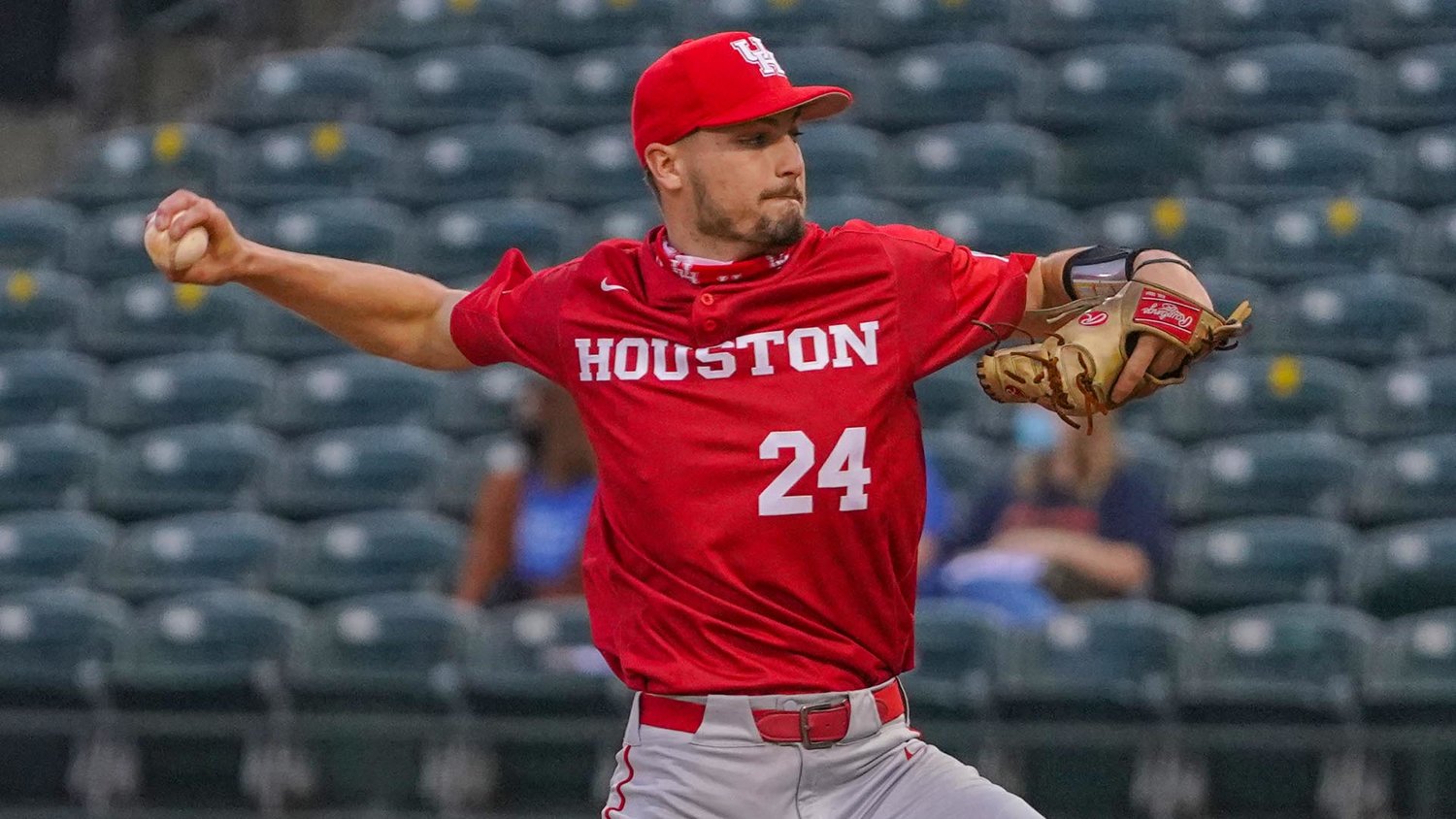 City native and former East Providence High School standout Ben Sears was selected in the 14th round by the Kansas City Royals in the 2022 Major League Baseball draft last week held as part of All-Star Weekend in Los Angeles.

The Royals used the 415th overall pick to select the 22-year-old, 6-foot-5 right-hander, who most recently was a member of the pitching staff at the University of Houston.

Sears first gained notoriety as a star on the East Providence High School baseball squad, the then pitcher and shortstop being named as Rhode Island’s Gatorade Player of the Year as the state's most outstanding performer at the conclusion of his senior season in 2018.

Sears next had a brief stay at Division III Wheaton College before moving on the Community College of Rhode Island where he left hitting behind to concentrate on pitching.

At CCRI, Sears earned third team All-NJCAA honors as a freshman, leading the Knights in 2019 with an 8-2 record, 2.93 earned run average with 99 strikeouts in 67-2/3 innings. The Knights finished 27-12 and placed fifth in the NJCAA Division III College World Series.

Sears then transferred to NCAA Division I University of Houston, joining the Cougars of the American Athletic Conference. He was named second team All-Conference this past season with a 6-3 record, a team-leading 3.11 earned run average and a conference-best 12 saves in a team-high 33 appearances.

The Cougars eventually fell one win short of earning a bid into the NCAA Tournament, falling to East Carolina in the AAC championship game. Houston was not among the At-Large selections into the event, finishing 2022 with a 37-24 record, 18-wins better than the previous year.

Sears is the first former CCRI baseball player selected in draft since Tom Gavitt, who was picked 582nd overall by the Oakland Athletics in 2014.

He is the first former EPHS player to be selected since left-handed pitcher Brad Hertzler was chosen as well by the A’s out of the University of Maine during the 15th round, 480 overall, of the 2007 draft. Hertzler, likewise, was a past Rhode Island Gatorade Player of the Year, earning the honor for his senior season in 2004.