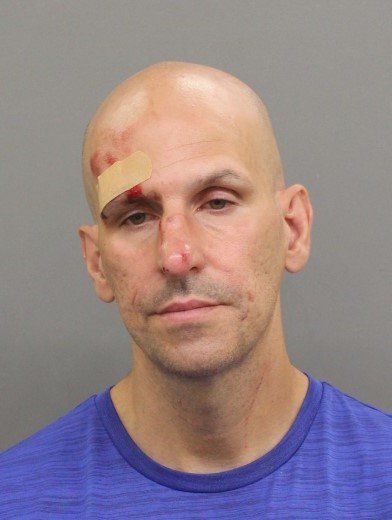 EAST PROVIDENCE — East Providence Police officers arrested a city man last week who is alleged to have committed a series of car thefts here and potentially in other neighboring jurisdictions.

Kevin Cunha, 46, was arrested on Wednesday, Aug. 10, and charged with the following:

According to a preliminary report penned by officers on the case, over the previous week the EPPD received several calls of larcenies from unsecured motor vehicles in the area of Central and Woodward Avenues near Broadway in the center of the city.

Members of the EPPD Patrol and Detective Divisions were able to investigate the instances and identified the suspect as Cunha.

On numerous occasions, Cunha was observed on several residential security cameras looking through vehicles and entering driveways and back yards while on foot. Further investigation by detectives revealed that Cunha is likely responsible for similar crimes in other Rhode Island communities. Additional criminal charges are expected.

Cunha pleaded nolo contendre to the charges and was remanded to the ACI. Anyone with further information is urged to contact their local police department.

Asked if Cunha had any previous offenses or interactions with law enforcement, Rapoza said of the suspect “he has an extensive criminal record consisting of the same and similar charges as the current case…We are very familiar with him from several prior police contacts.”