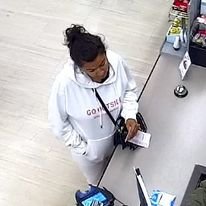 A screen capture of the female suspect in the Walgreens counterfeit bill case. 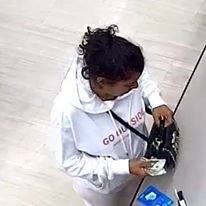 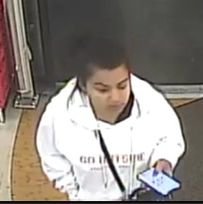 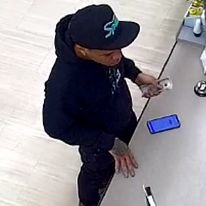 A screen capture of the male suspect in the Walgreens counterfeit bill case. 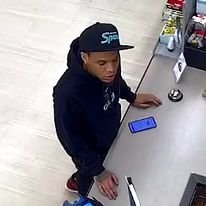 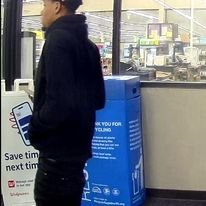 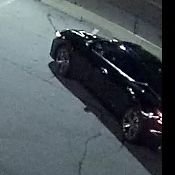 EAST PROVIDENCE — East Providence Police investigators are seeking the input of the public in their attempt to apprehend two people alleged to have passed counterfeit currency at a local pharmacy.

According to a release issued by the department, in the early morning hours of Thursday, Sept. 29, just after midnight, a male and female entered the Walgreens on Warren Avenue and made several transactions.

They purchased prepaid cards and deposited money onto an ECASH and Vanilla Direct accounts located on their cellphones. They paid the cashier with what was subsequently deemed to be counterfeit $20 bills. The cashier proceeded to deposit the money into their accounts or onto the NETSPEND gift cards.

In total the suspects made five purchases using all counterfeit $20 bills totaling $1,120.

The suspects are also believed to have committed this act in other jurisdictions using the same counterfeit bills.

On surveillance video, the suspects appeared to be driving a dark or maroon colored Nissan sedan.

The female suspect was wearing a white sweat suit with pink lettering. She is also seen to have a black purse slung across her shoulder with a gold New York Yankees symbol affixed to it.

The male is wearing all black with a black hat with teal writing and has a tattoo on his right hand.

Anyone with information about the identity of the suspects is encouraged to reach out to the East Providence Police Department and contact Detective Kurt Ripke at kripke@eastprovidenceri.gov or via phone at 401-270-3417.