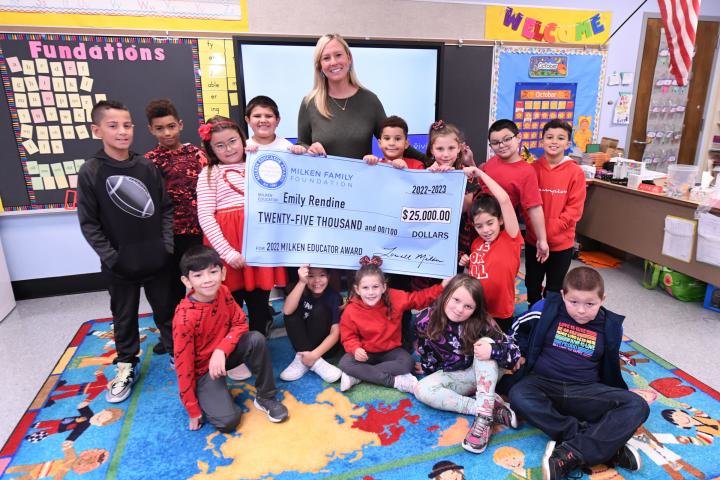 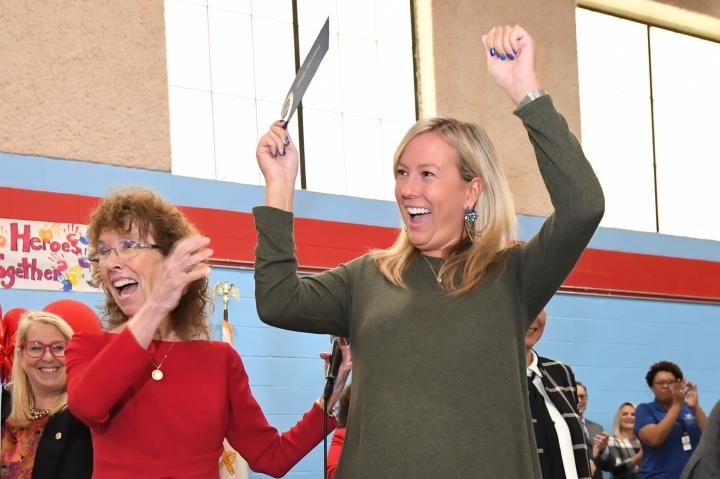 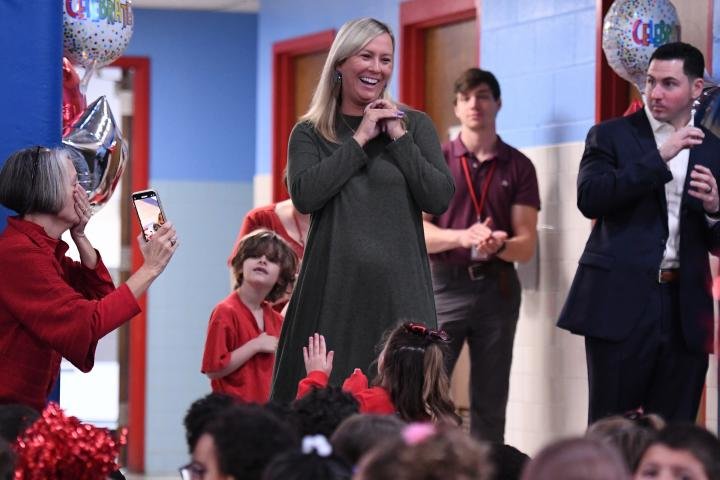 Several state and local dignitaries were on hand for the event, which took place during a school-wide assembly of students and colleagues. Rendine was recognized for her “innovative and motivating teaching style while fostering empowerment and independence amongst her students.”

The awards will honor up to 40 elementary educators in the 2022-2023 school year. Over the past 35 years, more than $140 million in funding, including more than $73 million in individual Awards, has been devoted to the overall Milken Awards initiative, which includes powerful professional development opportunities throughout recipients’ careers.

Hailed as the “Oscars of Teaching,” Milken Educator Awards inspire and uplift with the unique stories of educators making a profound difference for students, colleagues and communities. The specific states and schools on this year’s winners’ list remain a closely guarded secret until each Award is announced in front of cheering students, appreciative colleagues, education officials at all levels, and journalists.

Rendine teaches according to the notion of positive results through tailored instruction and ownership of learning. She encourages her students to practice “productive struggle,” which inspires them to take risks in order to foster empowerment and ownership of learning. In her classroom she creates an environment where activities are tailored to students’ learning styles as they rotate through stations with individualized activities, meeting children at their varying levels.

Rendine’s students embrace a growth mindset as they dive into projects like creating machine launchers or exchanging letters with third grade pen pals across the country. During the pandemic, she led her students on more than two dozen virtual field trips, including to sports arenas, a topiary garden and the Basketball Hall of Fame. Thanks in part to her leadership and innovative teaching style, Hennessey Elementary’s state rating improved significantly from priority status to a three-star rating (out of five). During the 2021-22 school year, her students charted significant growth, going from 28% to 67% proficiency for reading and from 12% to 55% for writing.

Rendine also serves on Hennessey’s Positive Behavioral Intervention and Supports (PBIS) and Equity committees, leads an annual STEAM night, and has participated in training to ensure equitable access to the school’s most marginalized populations. She leads professional development in literacy with a special focus on teaching students with dyslexia – a subject for which she holds certification and is especially passionate about. Rendine serves as the lead teacher for the Self-Regulated Strategy Development (SRSD) Writing initiative.

She has also secured grants to create and maintain a school garden, which has helped students better understand the value of green space in urban communities, and contains features like rain barrels that serve as visuals for discussions about water conservation. The garden is tended by her students during the year and by the local Boys and Girls Club over the summer.

Rendine earned a bachelor’s in elementary education and psychology in 2012 from Saint Michael’s College, followed by a master’s in reading and a certificate in dyslexia knowledge and practice from the University of Rhode Island in 2021.

View a complete gallery of photos from the Rendine, Milken Award ceremony here...