EAST PROVIDENCE — Bids submitted to build a new cluster of single-family homes were officially approved by the City Council at its May 3 meeting, allowing for construction on eight of the 11 … 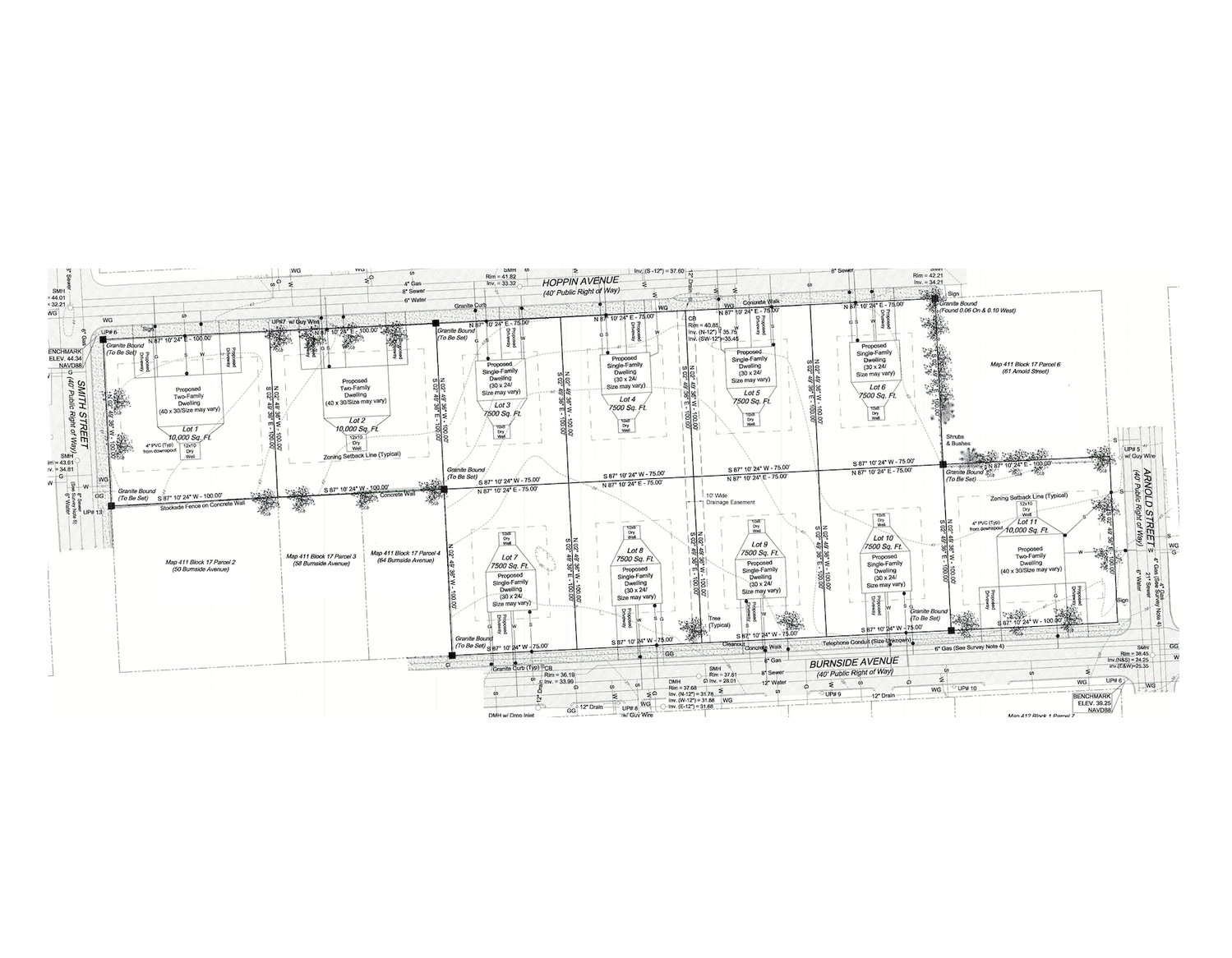 EAST PROVIDENCE — Bids submitted to build a new cluster of single-family homes were officially approved by the City Council at its May 3 meeting, allowing for construction on eight of the 11 approved lots between Burnside and Hoppin Avenues/Arnold and Smith Streets in Riverside to soon commence.

There was actually a “tie” between bidders for lot designation 4 between 57B Rodman LLC and Archtech Construction, who each submitted the same fee of $105,000.

Planning director Bill Fazioli said his department was recommending a random lottery between the two entities be drawn by the city to award parcel 4.

As part of its overarching approval last week, the council granted the administration to conduct the lottery in public in some form, mostly during an upcoming Planning Board meeting.

Fazioli noted the three remaining lots have been set aside as “affordable,” which will be offered in a separate Request for Qualifications. All 11 of the parcels “been recorded in land evidence records and cannot be changed,” Fazioli continued, adding each of the approved bidders proved they could finance the purchase of the lots and build their respective homes “within two years.”

A total of 21 RFQs were received for the available parcels by the March 15, 2022 deadline with fees ranging from $75,000 to $120,000. The bids taken for just the eight market-level lots already doubled what the city paid to have the former elementary schools located on the land to be demolished, which began in January 2021.

In October 2020, the council at the administration of Mayor Bob DaSilva’s request, supported the hiring of A.A. Asbestos Abatement Co., Inc., to demolish both structures for $318,250. An additional $14,000 will be needed specifically for asbestos removal. The project is being funded through a Capital Improvement Fund line item in the amount of $450,000 previously approved by the council.

In November of last year, the city gained council backing to seek fee proposals from interested individuals or entities to purchase residential parcels at the site of the former Platt-Watters/Burnside school complex.

The old structures, including the Platt building abutting Burnside Avenue designed by Walker and Sons the premier architectural firm in Rhode Island in the 1920s, had sat dormant for years. Platt was once the main office of the East Providence School Department, before the administration moved to City Hall about a decade ago as part of consolidation measures put into place by the former state-appointed Budget Commission. The so-called Watters-annex building, at the corner of Hoppin and Arnold, hadn’t been an active school for well over a decade, last serving as a storage facility for the district.

Despite a few attempts, including ones with many more apartment units and/or townhouse style buildings, previous incarnations of the council and administrations of various managers under the old form of government failed to garner enough community support to any proposal for the site before the current entities and neighbors coalesced around the mostly single-family lots in 2020.