EPHS boys’ soccer regroups in pursuit of another playoff bid

EAST PROVIDENCE — Two weeks into the 2022 campaign finds the East Providence High School boys’ soccer team on track to do what it usually does each fall, be well on its way to vying for a …

EPHS boys’ soccer regroups in pursuit of another playoff bid 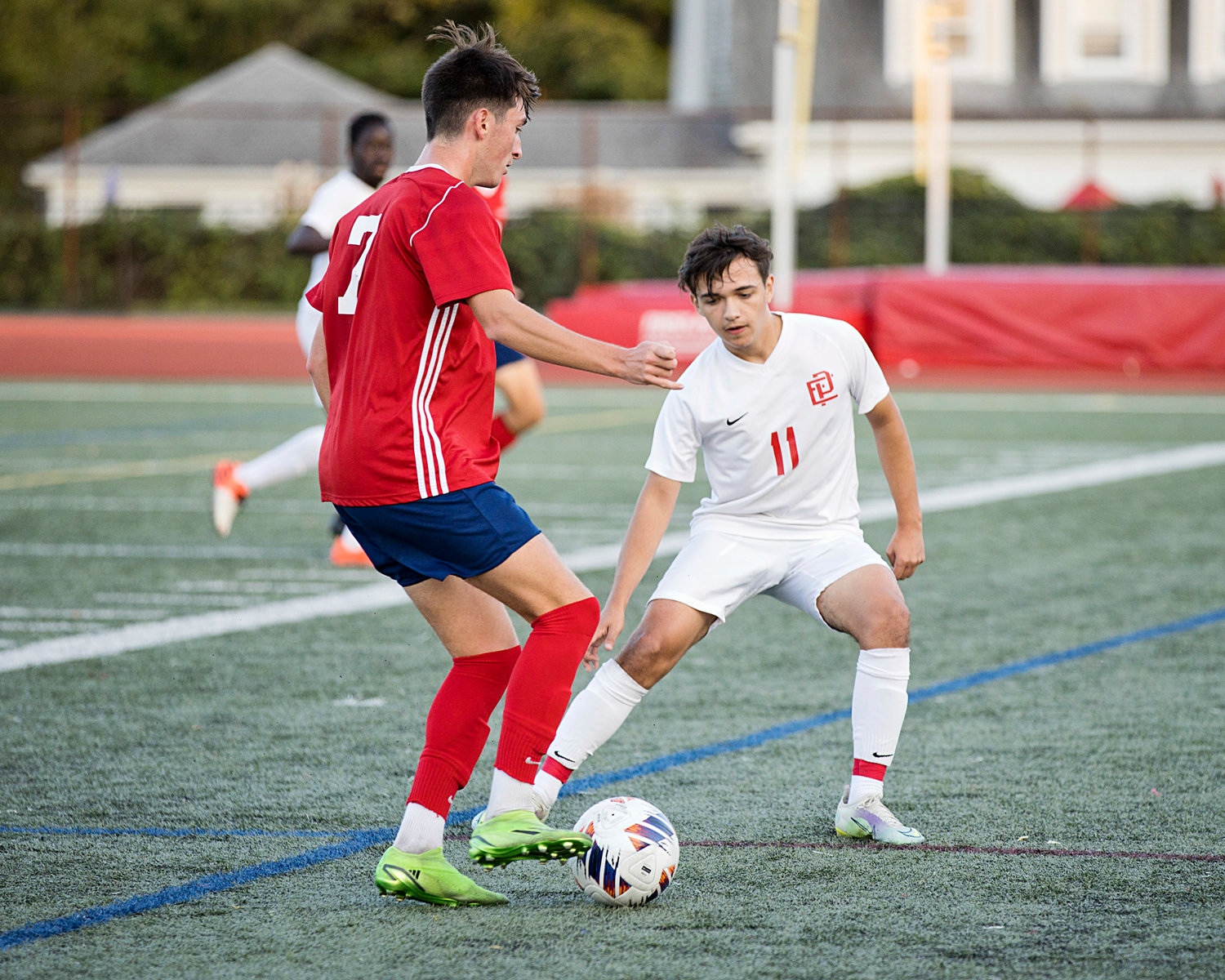 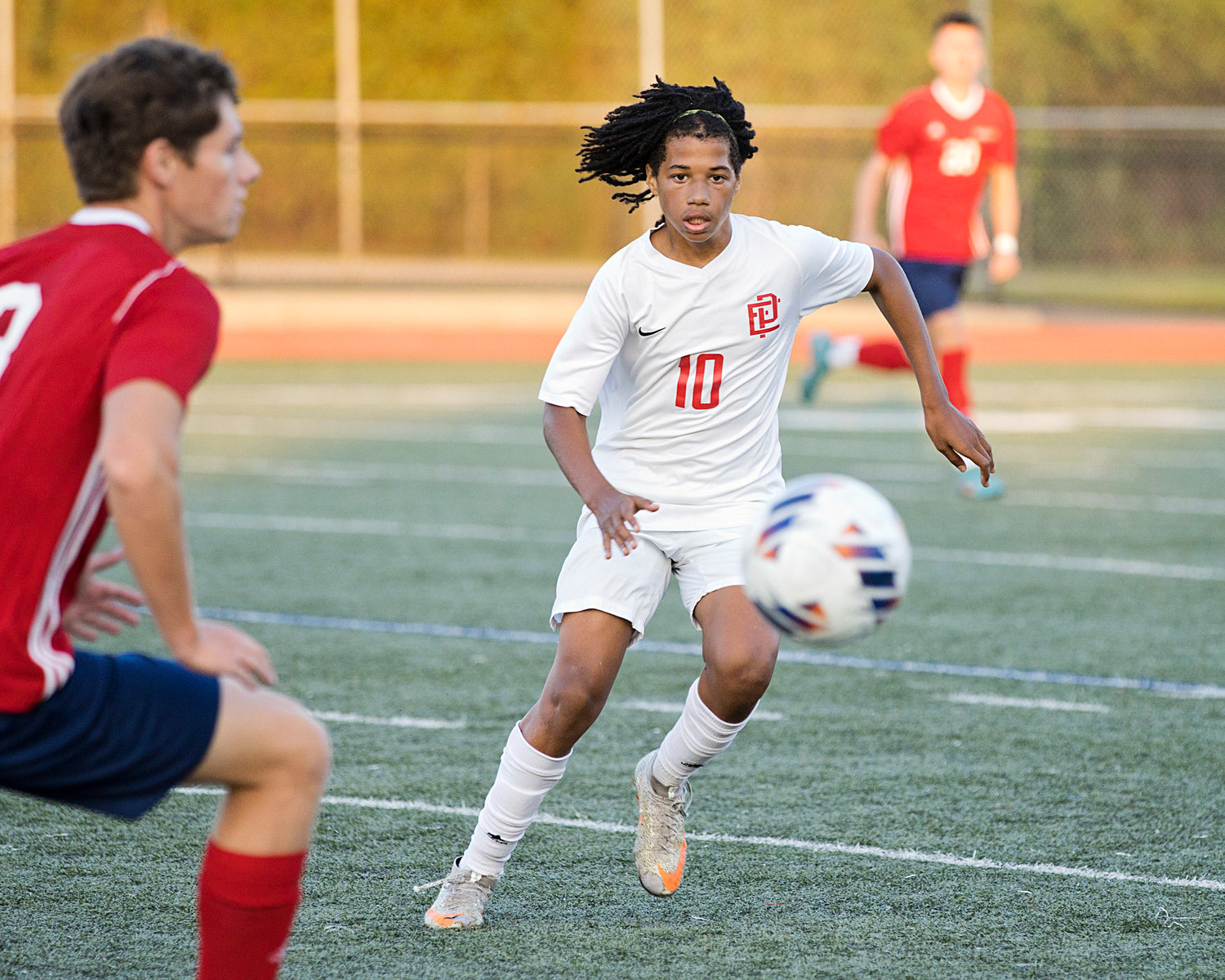 Ricardo Lima races toward a loose ball while competing against Portsmouth. 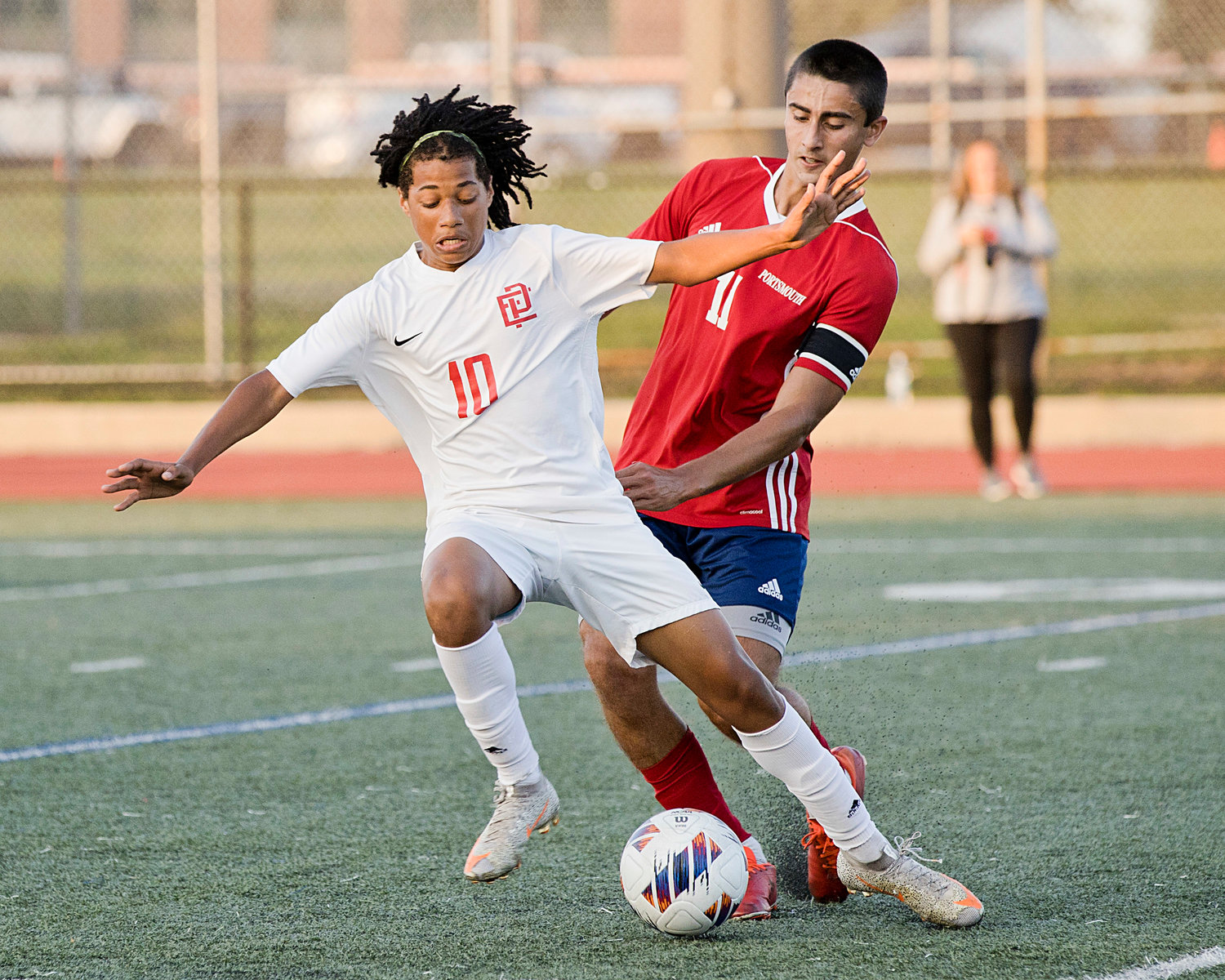 Ricardo Lima steps in front of a Portsmouth opponent to take control of the ball. 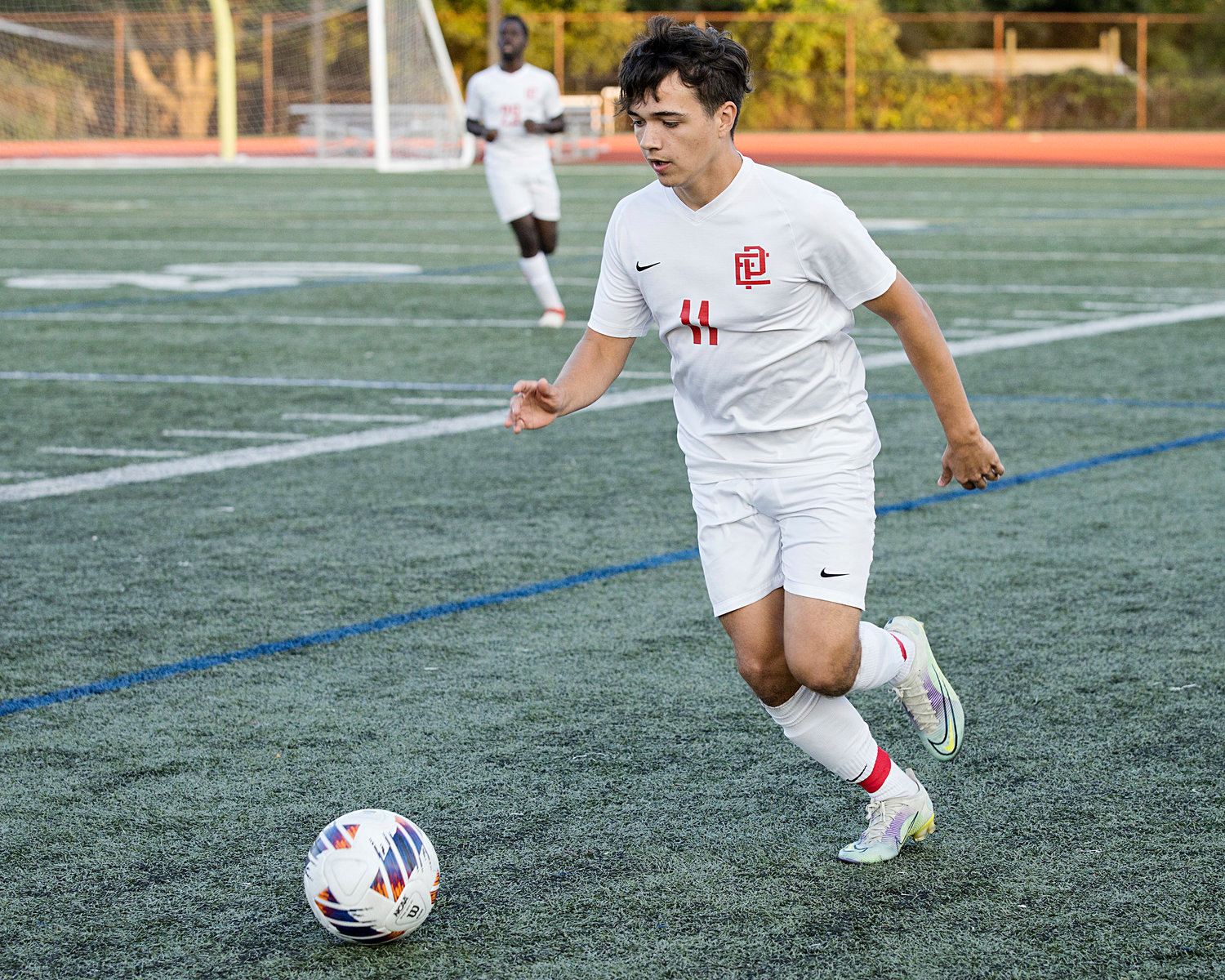 Ryan Paiva controls the ball down the line while battling Portsmouth. 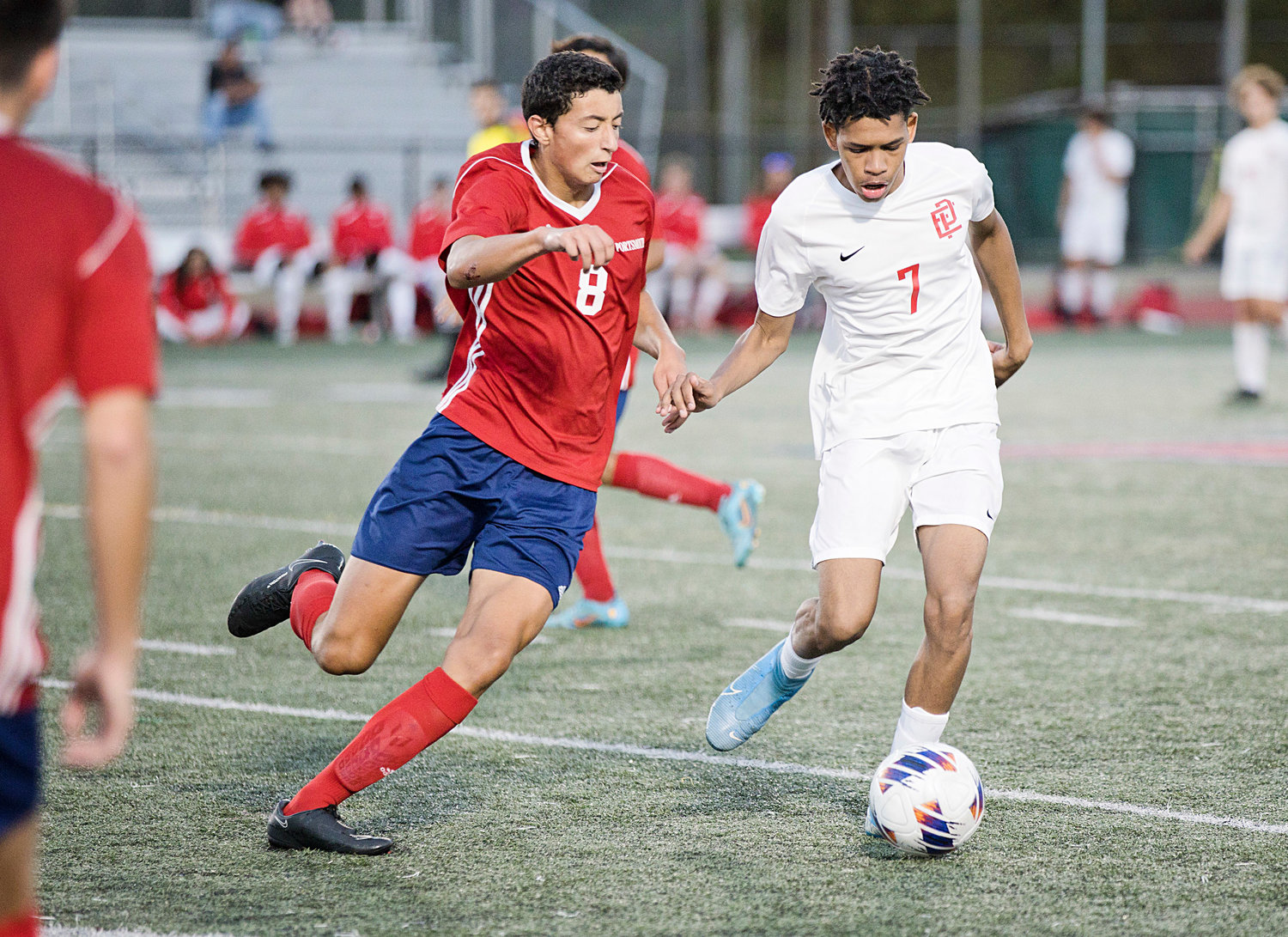 Alexis Silva controls the ball for East Providence as a Portsmouth opponent pressures him from behind. 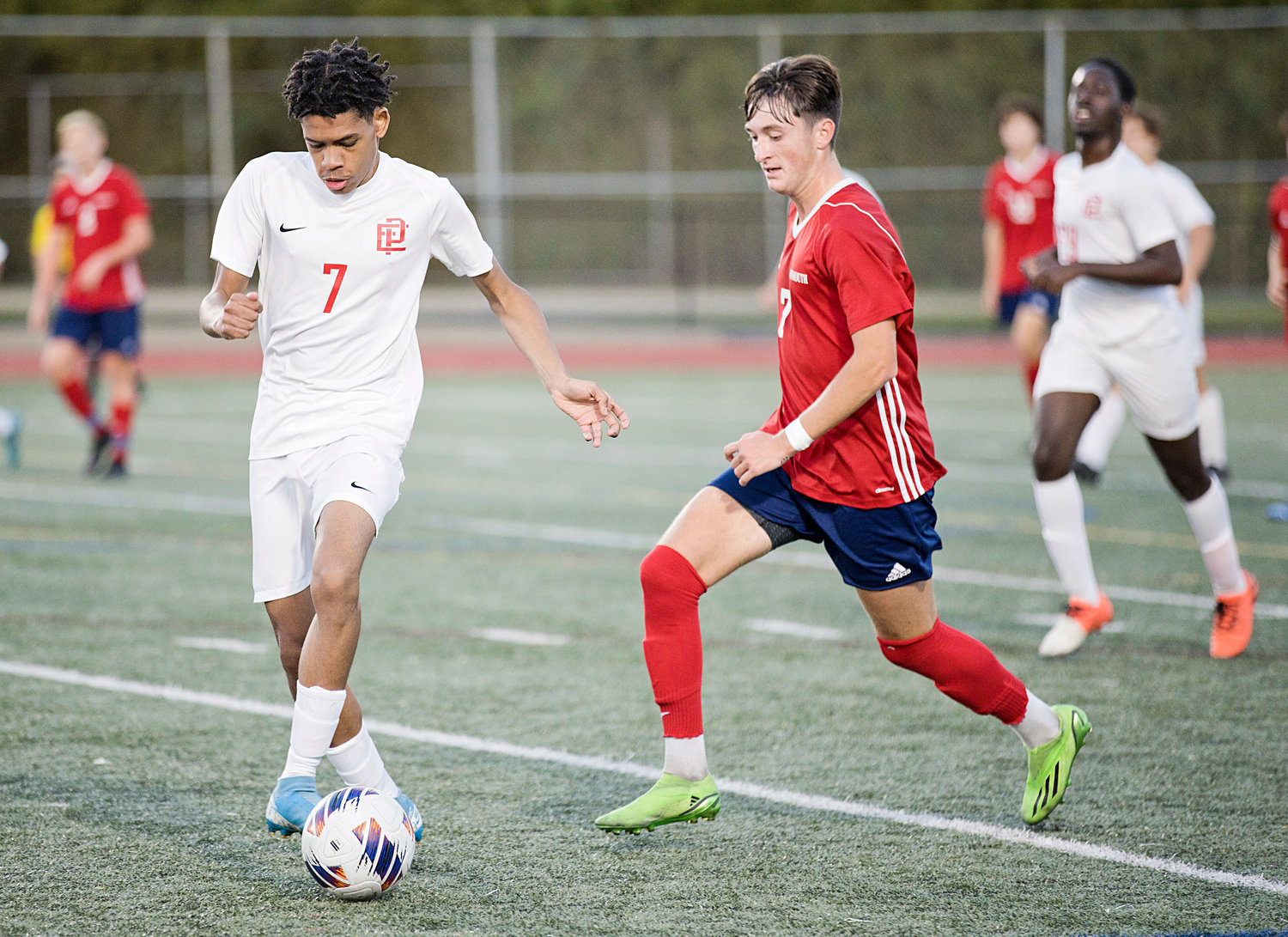 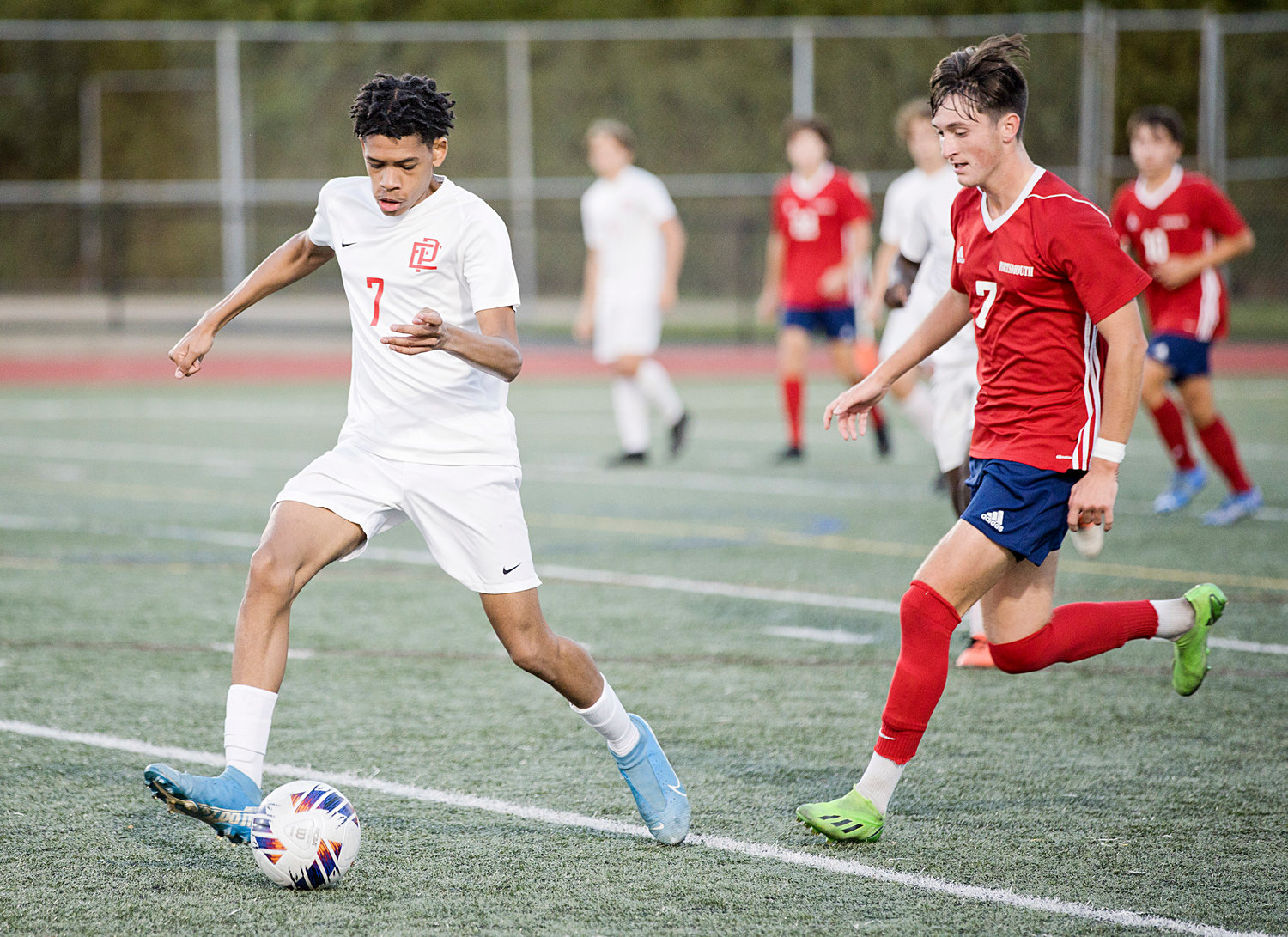 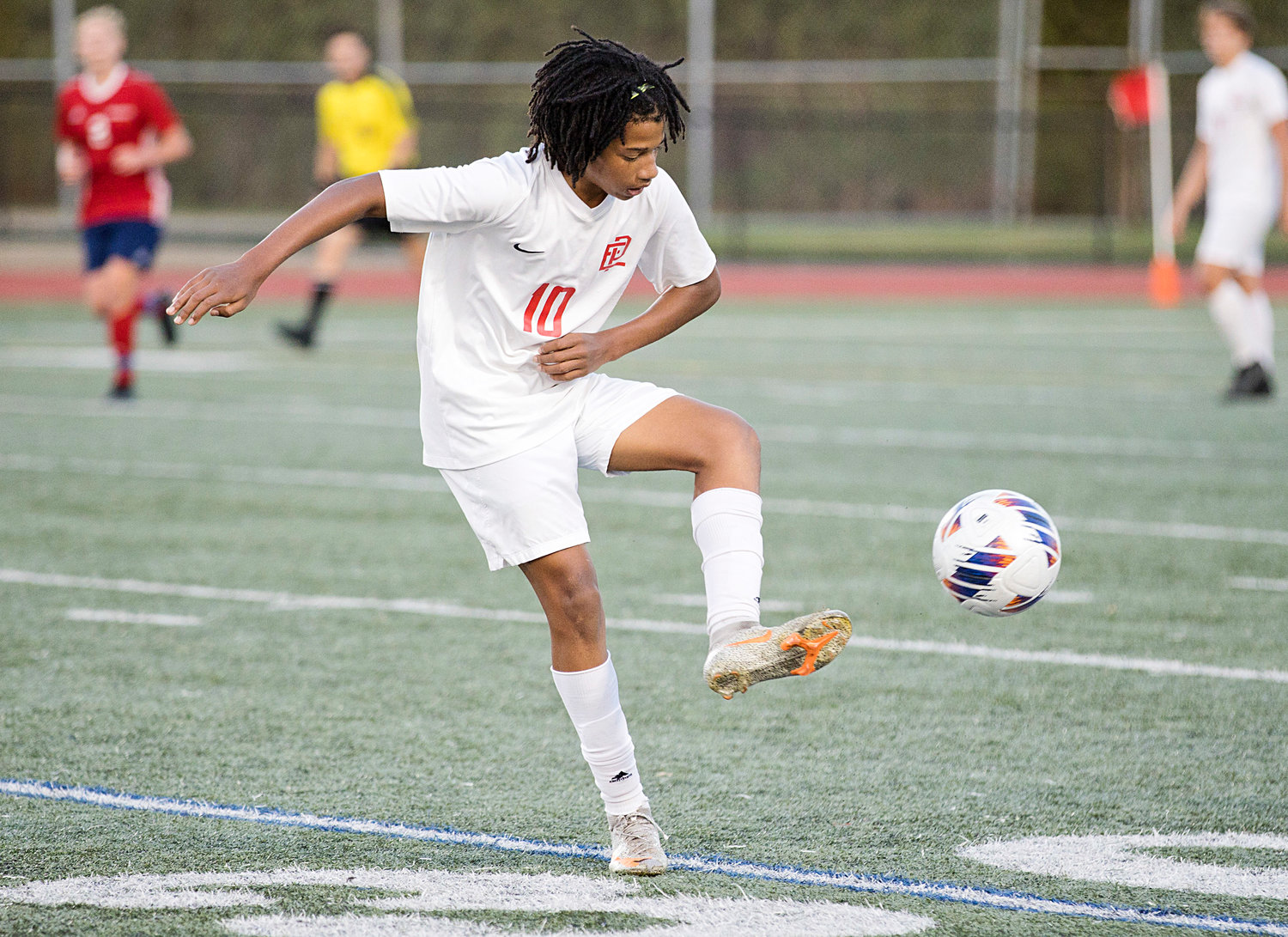 Ricardo Lima sends a pass to a teammate while competing against Portsmouth. 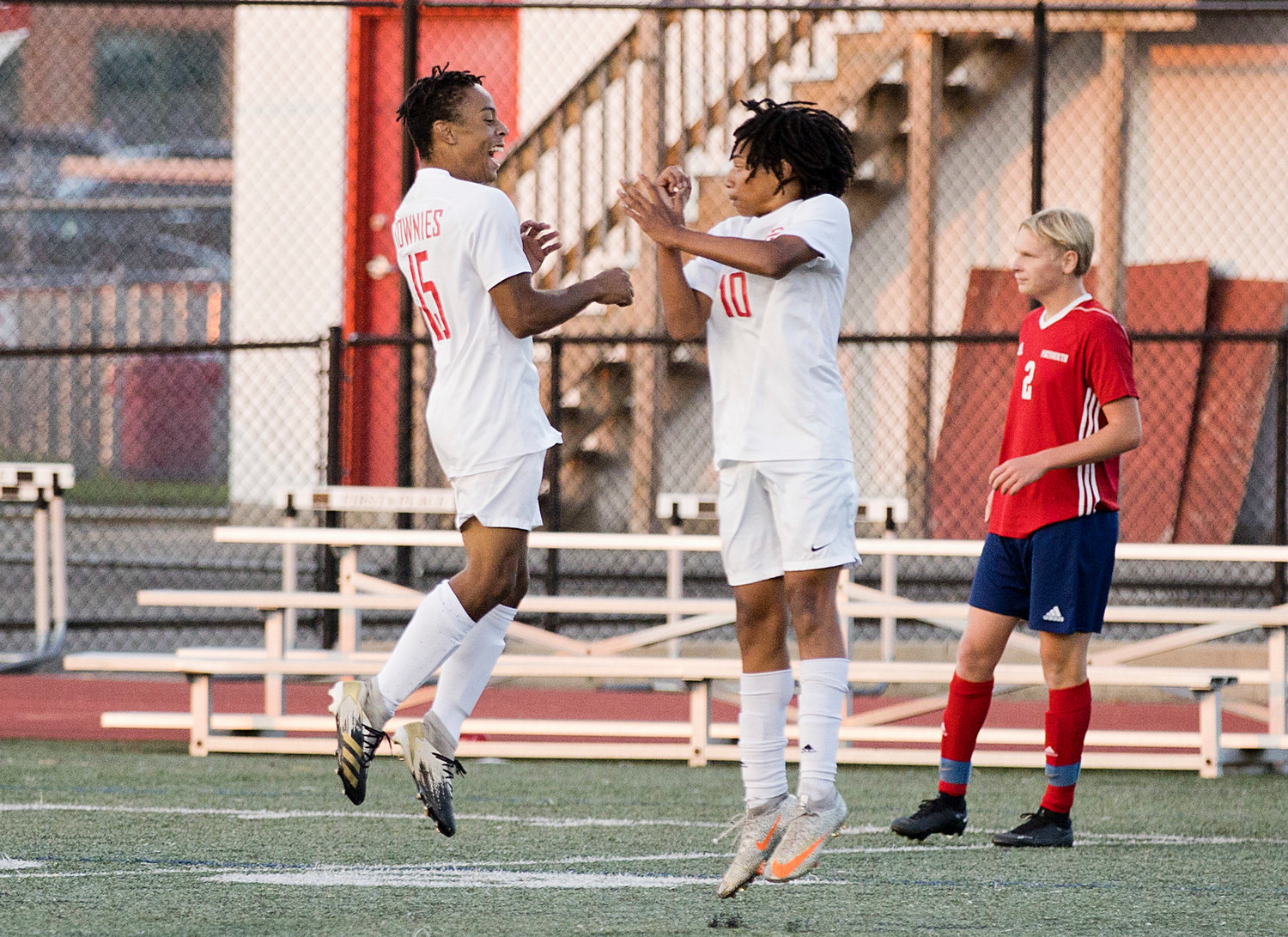 Martim Moniz (left) and Ricardo Lima celebrate a game tying goal during the first half of Saturday's game, against Portsmouth. 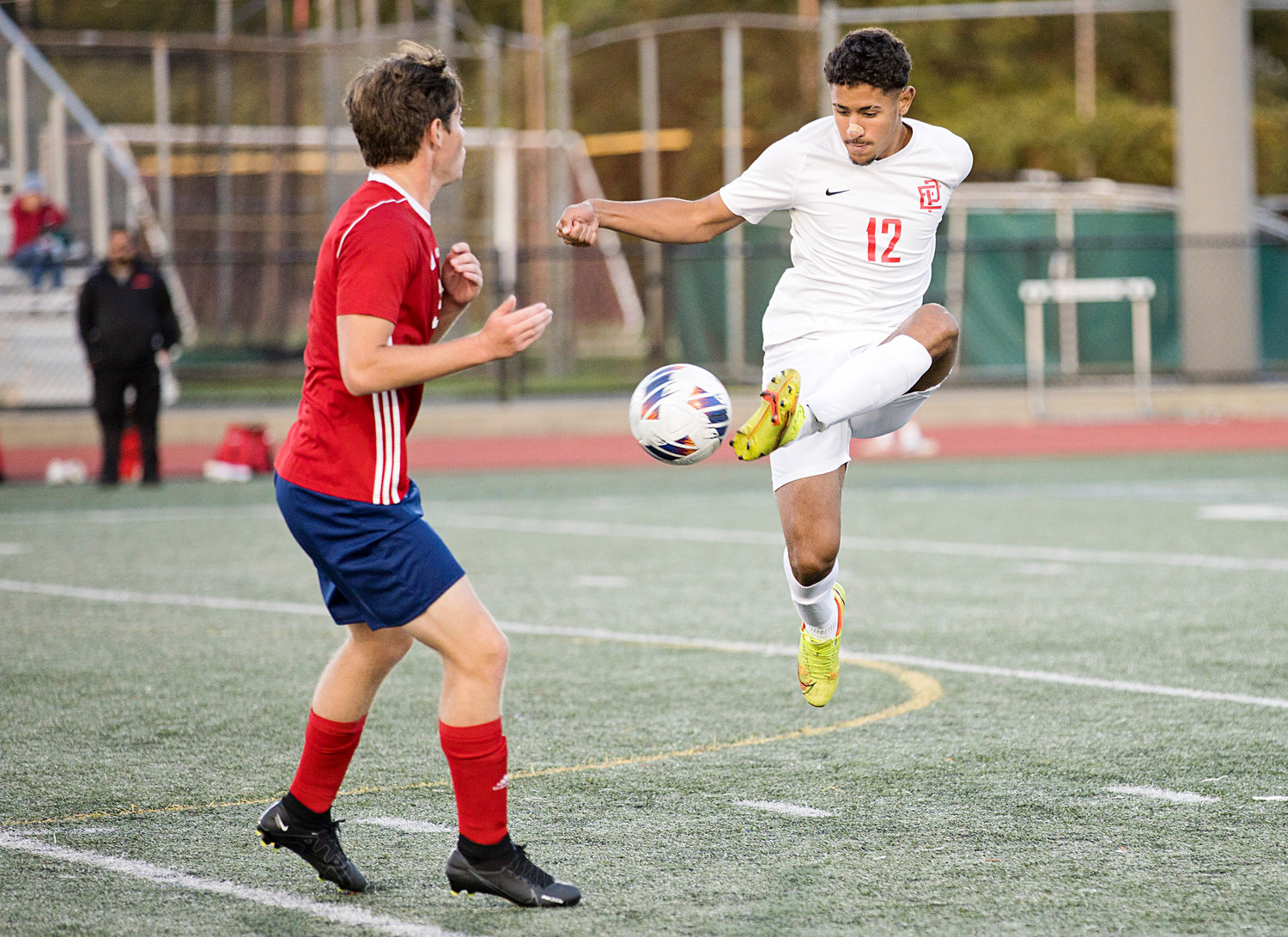 Pedro Sousa settles a pass while competing against Portsmouth. 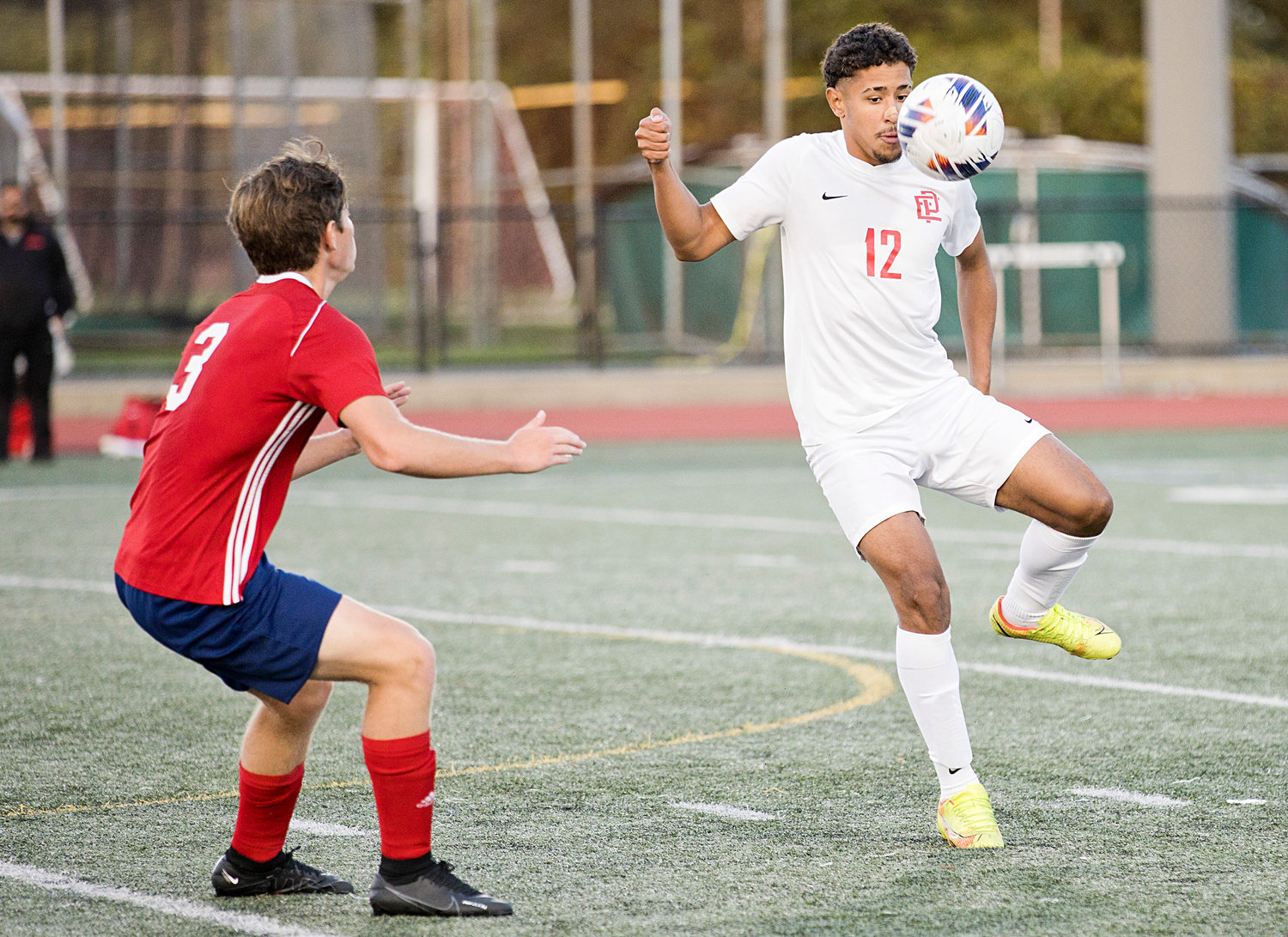 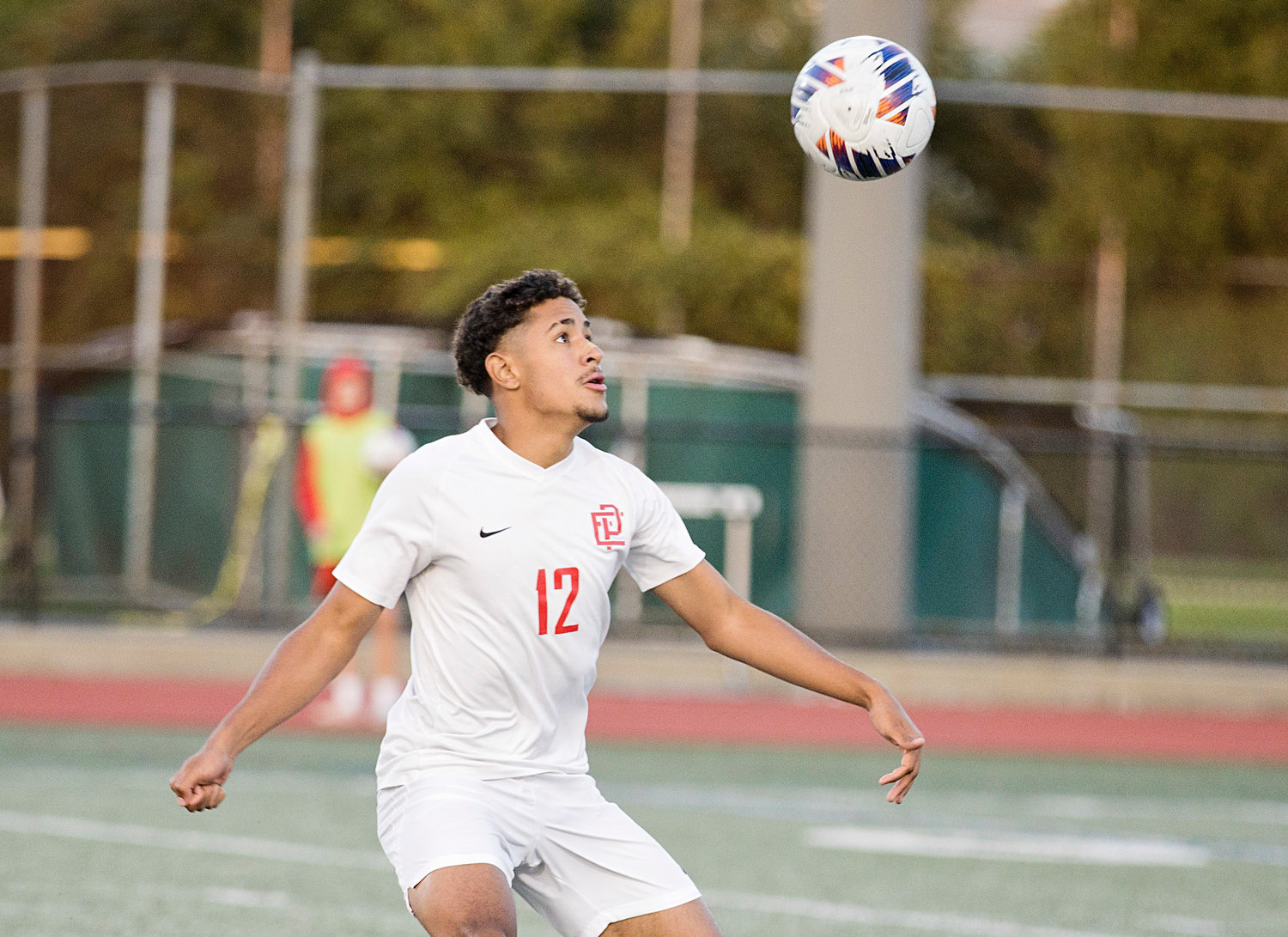 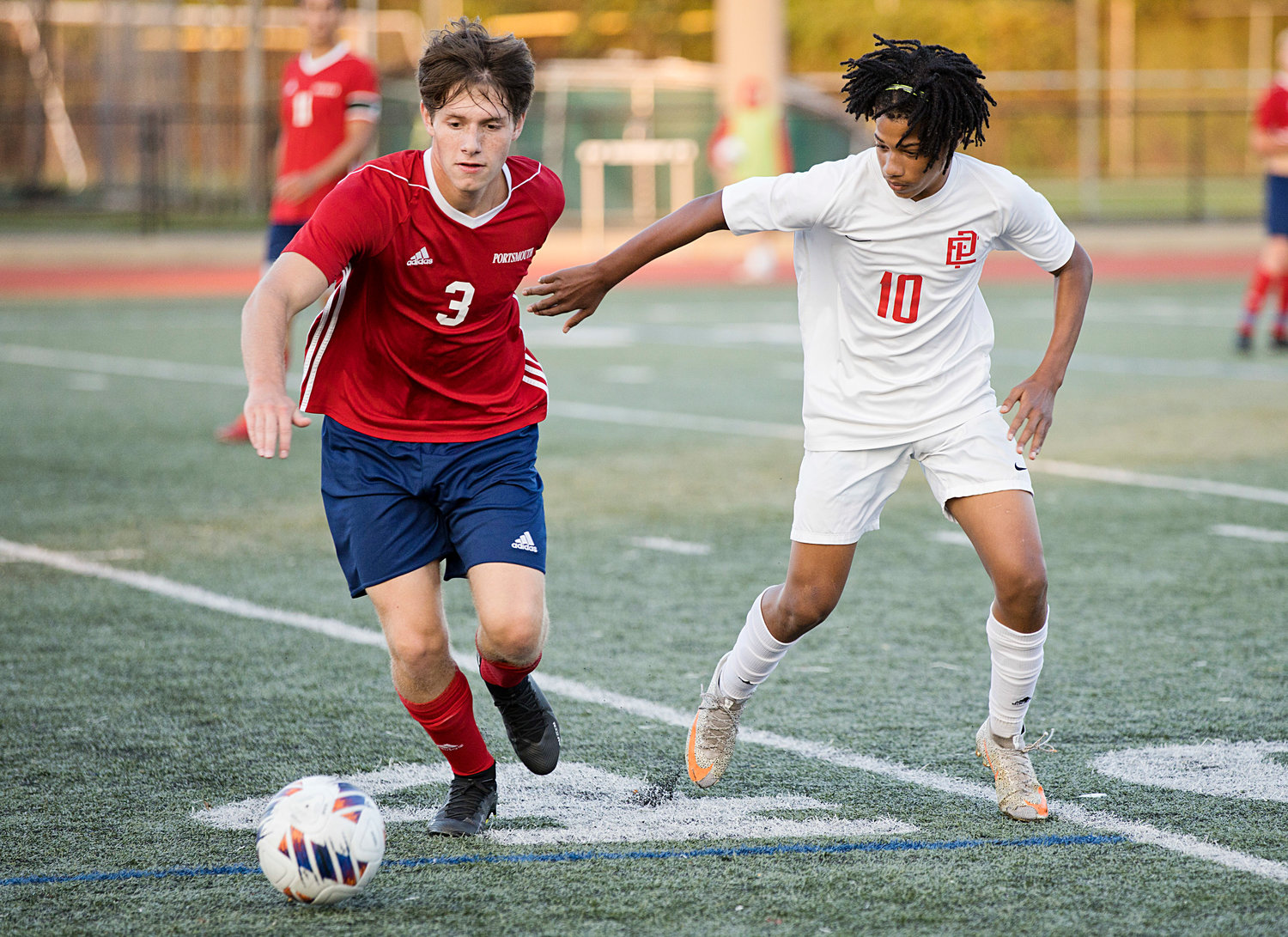 Ricardo Lima pressures a Portsmouth opponent during Saturday's away game. 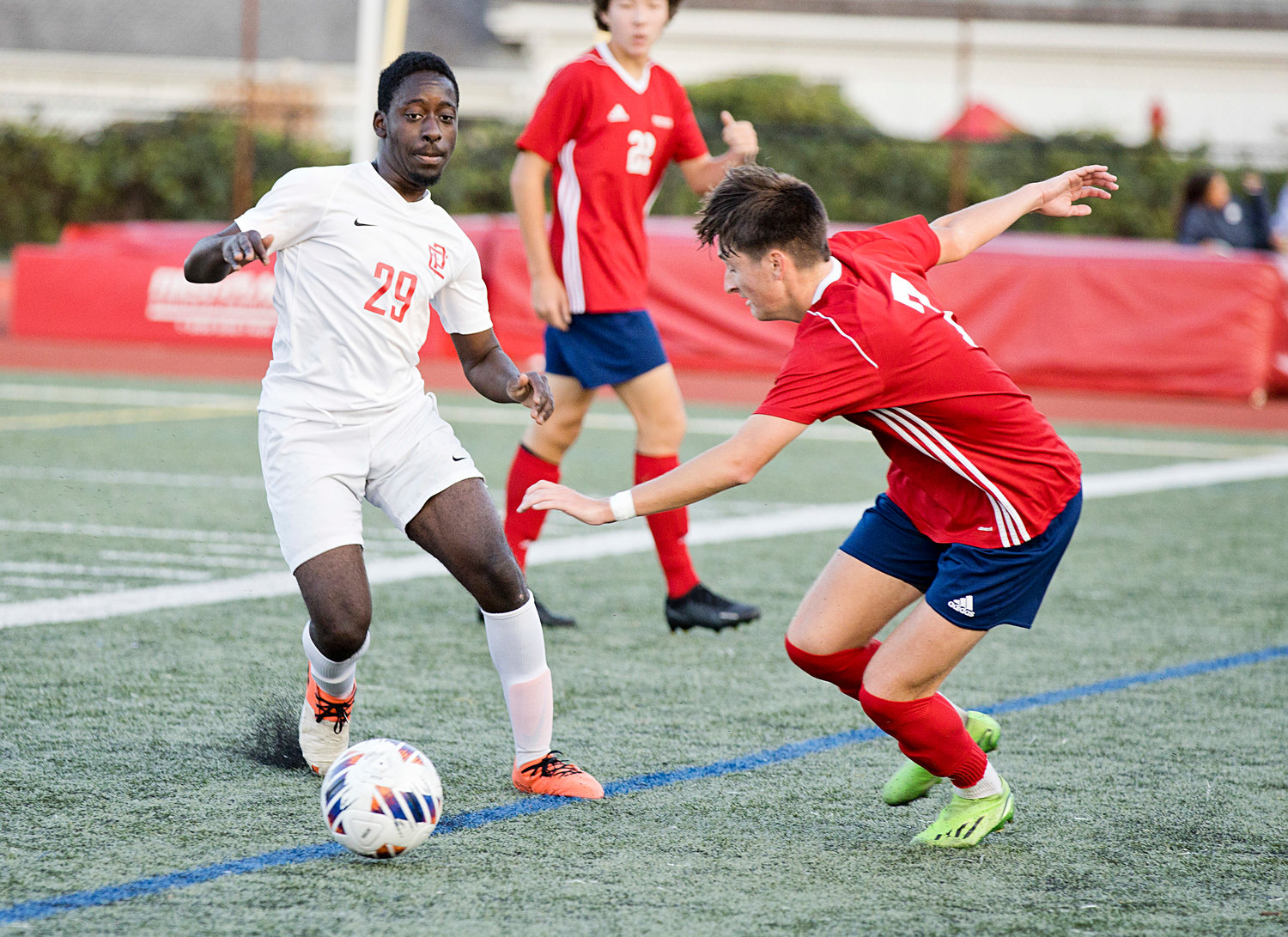 EAST PROVIDENCE — Two weeks into the 2022 campaign finds the East Providence High School boys’ soccer team on track to do what it usually does each fall, be well on its way to vying for a berth in the Division I state championship tournament at the end of the regular season.

The Townies, who went 5-5-5 (20 points) last year and fell in the opening round of the 2021 playoffs to Wheeler, began this season with a 2-1 road victory over Moses Brown, then dropped a 5-1 home decision against traditional state stalwart North Kingstown before drawing its two most recent outings, nil-nil at home against Mt. Hope and 1-1 against host Portsmouth.

Returning starting keeper Nick Bento was credited with three saves in the scoreless draw versus the Huskies. Bento made four stops in Portsmouth. The hometown Patriots took the lead with a goal off a free ball about 13 minutes in. The Townies tied it before the break on Martim Moniz’s tally off an assist from Pedro Sousa.

“The first game of the year, at Moses Brown, was a good result out of the gate. It was good to get three points right away. The North Kingstown game at home showed we’re just not there yet. They were the better, fitter team. They’re more experienced. We’re not good enough to beat them right now,” said veteran EPHS head coach Tony Vieira, embarking on his 12th season on the sideline. He’s assisted this fall by Matteo Andrade and Louie Pimentel.

“I was a little disappointed with the draw against Mt. Hope. We pretty much outplayed them in every facet of the game. I think we outshot them something like 20-5, so to only come away with a point was disappointing. Against Portsmouth, it was similar to Moses Brown, a road game at a tough place to play. It’s always a challenging place to get a result, so for us to get a draw was good,” Vieira added.

Bento, a senior, is back for his second season as the EPHS starting goalie. Of his keeper, Vieira said, “He has good size, good presence in the box. He distributes the ball well. He was a field player a lot as a kid, so he has good feet. His distribution and feet are very good. Bento is “very capably” backed up by classmate Nigel Monteiro, according to the coach.

“They’re very good athletically,” Vieira said of his back line trio. “They all can handle the ball. They’re good with possession. All three are very competitive. They’re good in the air. As a group they’ve done well so far. We can trust them.”

Senior Andrew Jackson is back as a starter in the midfield five. Fellow seniors join him there: in the attacking role by first-year starter Ricardo Lima, by returning starter Ryan Paiva wide on the right, by returning starter Moniz wide left and by Ethan Paiva in the holding position, a part-time starter last fall.

“The midfielders are good in possession, which is the biggest thing with those guys. We can build off of what they can do,” said Vieira. “And Andrew has a physical presence that makes us go a little bit.”

Up front at forward is Sousa, a junior transfer originally from Brazil, and Kendrick Costa, a sophomore and first-year starter.

“I like how they balance off each other,” Vieira said of his forward duo. “One is good technically and can hold it bit, Pedro. He’s crafty. And Kendrick is more of a workhorse. He can open it up, run a little bit.”

The rest of the varsity roster and those who will see time include freshman midfielder Tristen Nunes, sophomore midfielder Edward Barbosa, junior midfielder Alexis Silva and senior forward Ethan Waters.

It should be noted the Townies are without four expected returnees to team and one newcomer who are playing at the club level under the revised Major League Soccer “Next” program in the Under-19 and Under-16 age groups. The four experienced players are suiting up for the Bayside FC entries, of which Vieira is a director. The incoming freshman is playing for the New England Revolution team.

“We lost five in total and four of the five would definitely be starting, so not having them is significant,” Vieira admitted. “Just to show you the difference, we offered three of the North Kingstown kids, but they declined. We have our guys and we’re much more competitive with them.

“But I still think we’re a playoff contending team. We’re going to get better as we go. We’re gaining experience each game, learning a lot about ourselves. We’ve had five guys play well so far all season and we’ve had another three play well the last couple of games. Now it’s about getting the other two going. If we can get all 11 playing well at the same time we can be a good team.

“If we make most of what we have, I think we’ll be fine. I expect us to do what we’ve done annually. Typically we’re a playoff team. We want to keep that going so the guys coming back next year get that experience. It’s always important for us to make the playoffs.”

Portsmouth, Townies play to a 1-1 draw in boys’ soccer

Ask the candidates: How will you help local businesses?