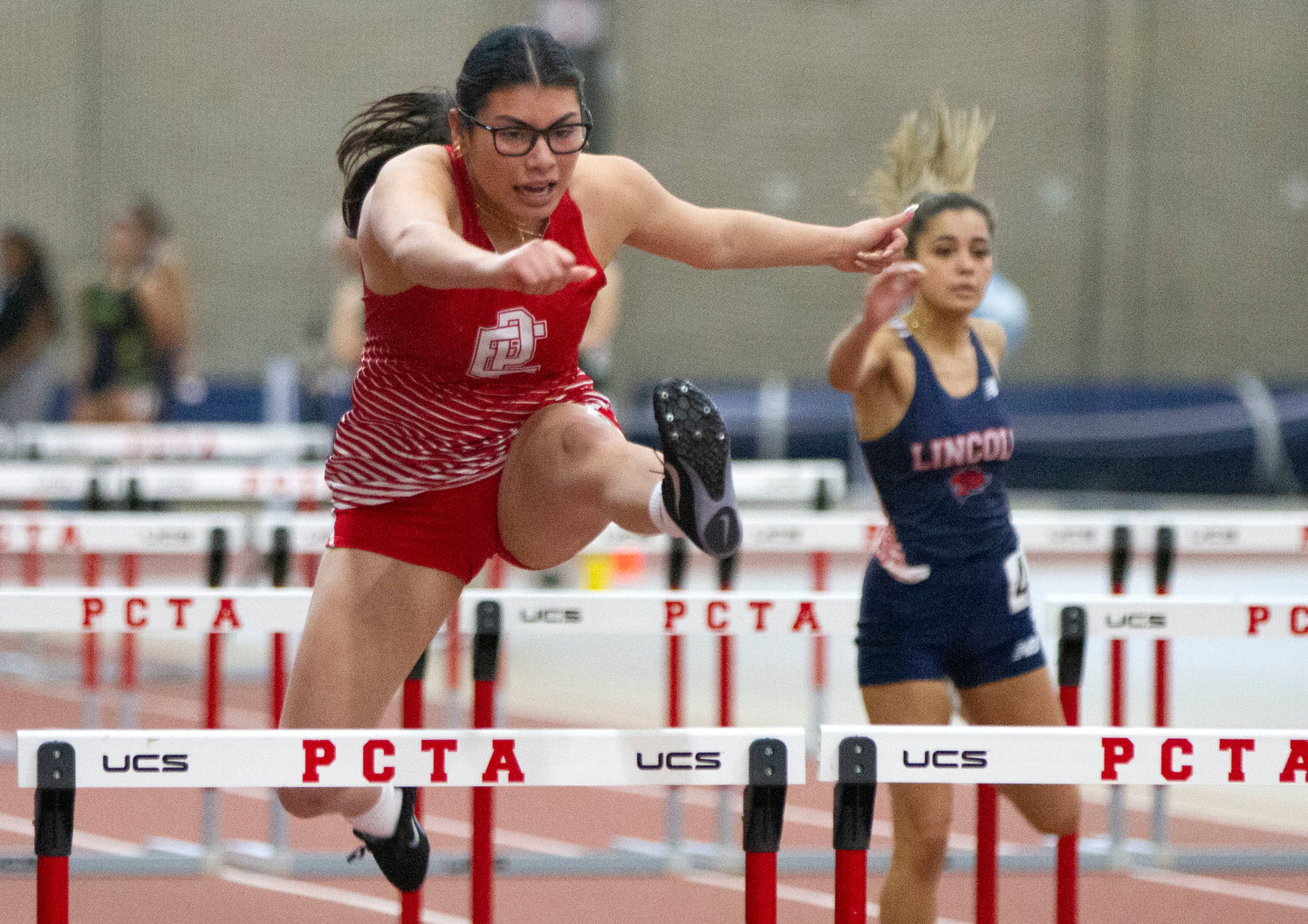 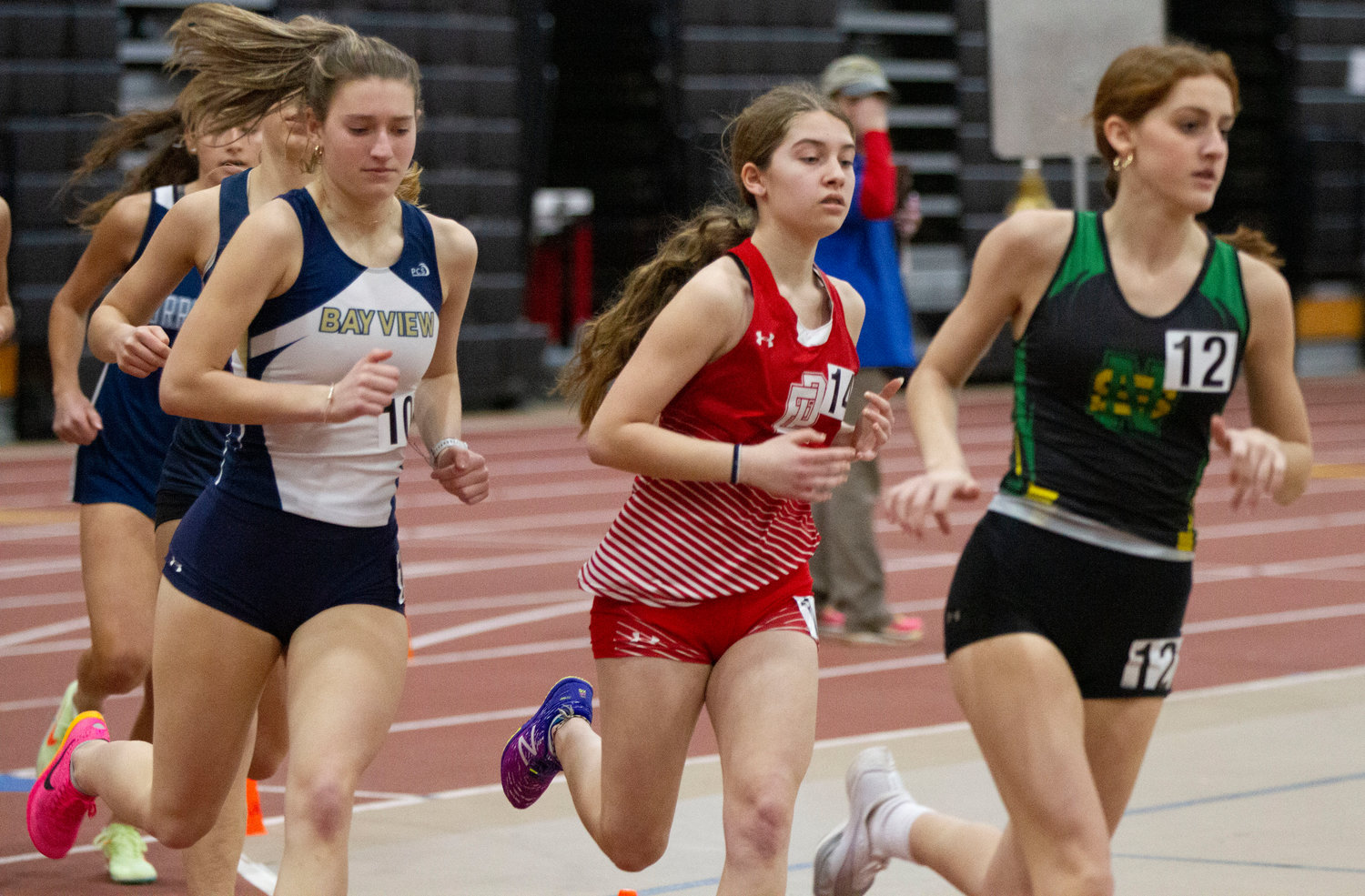 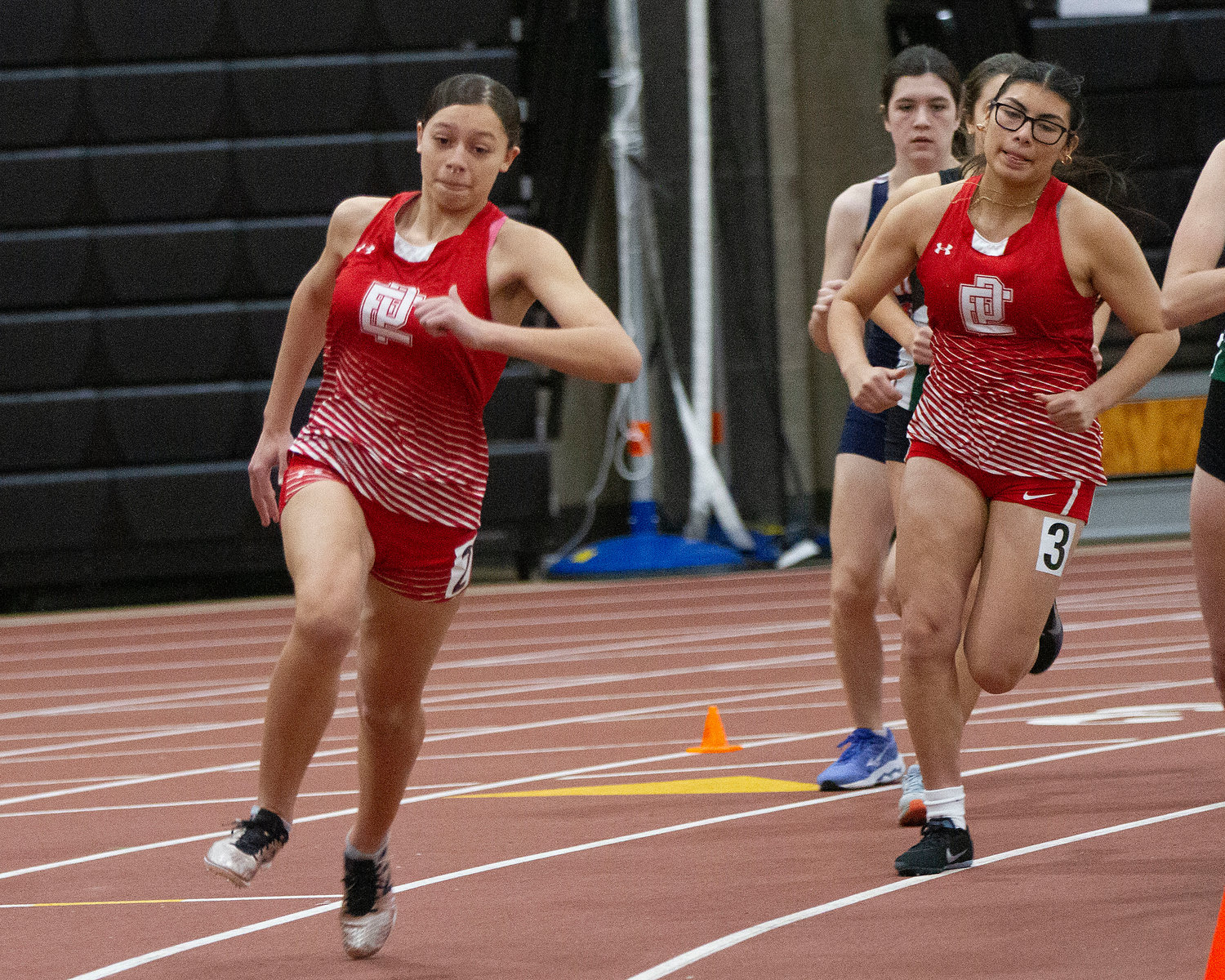 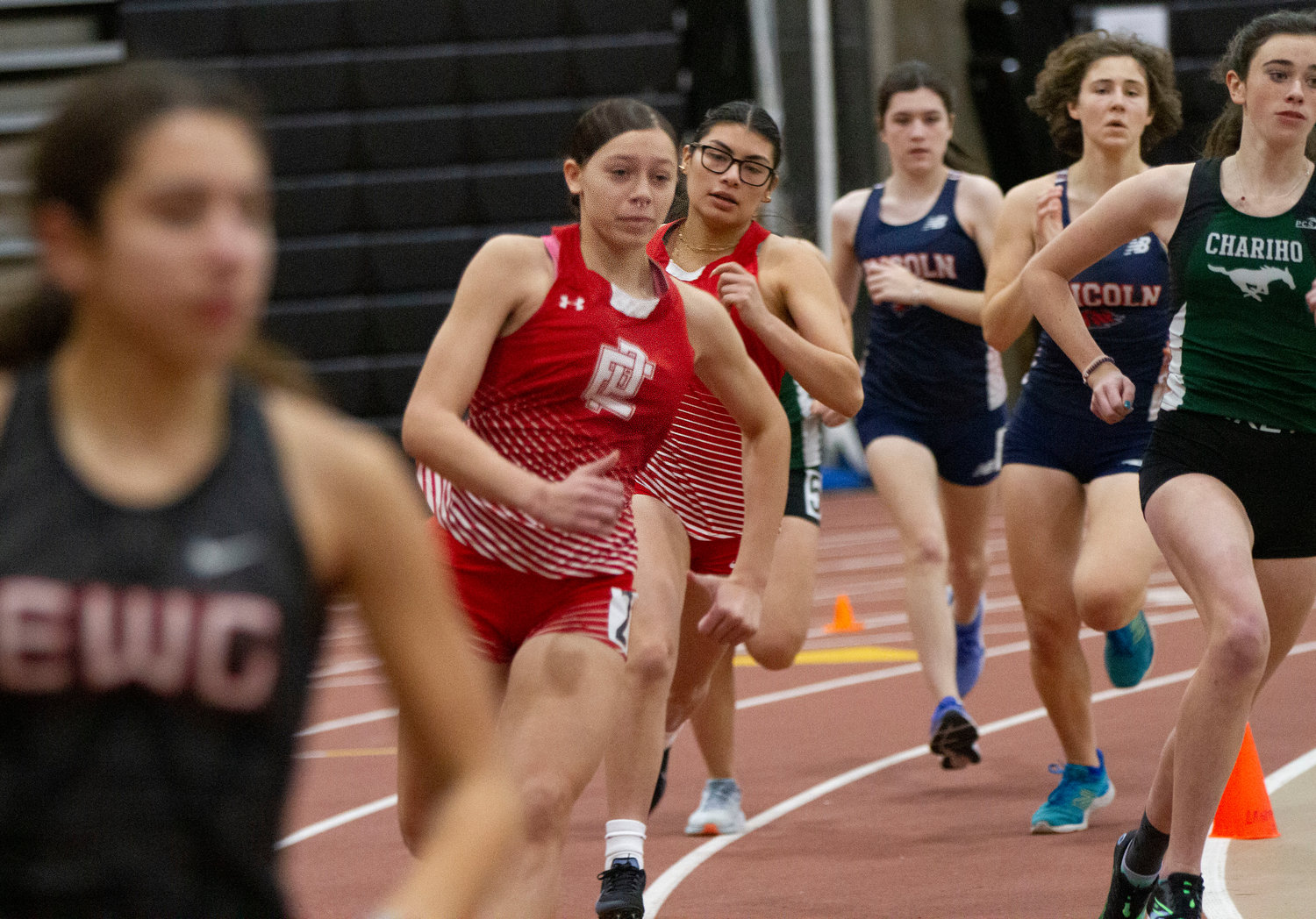 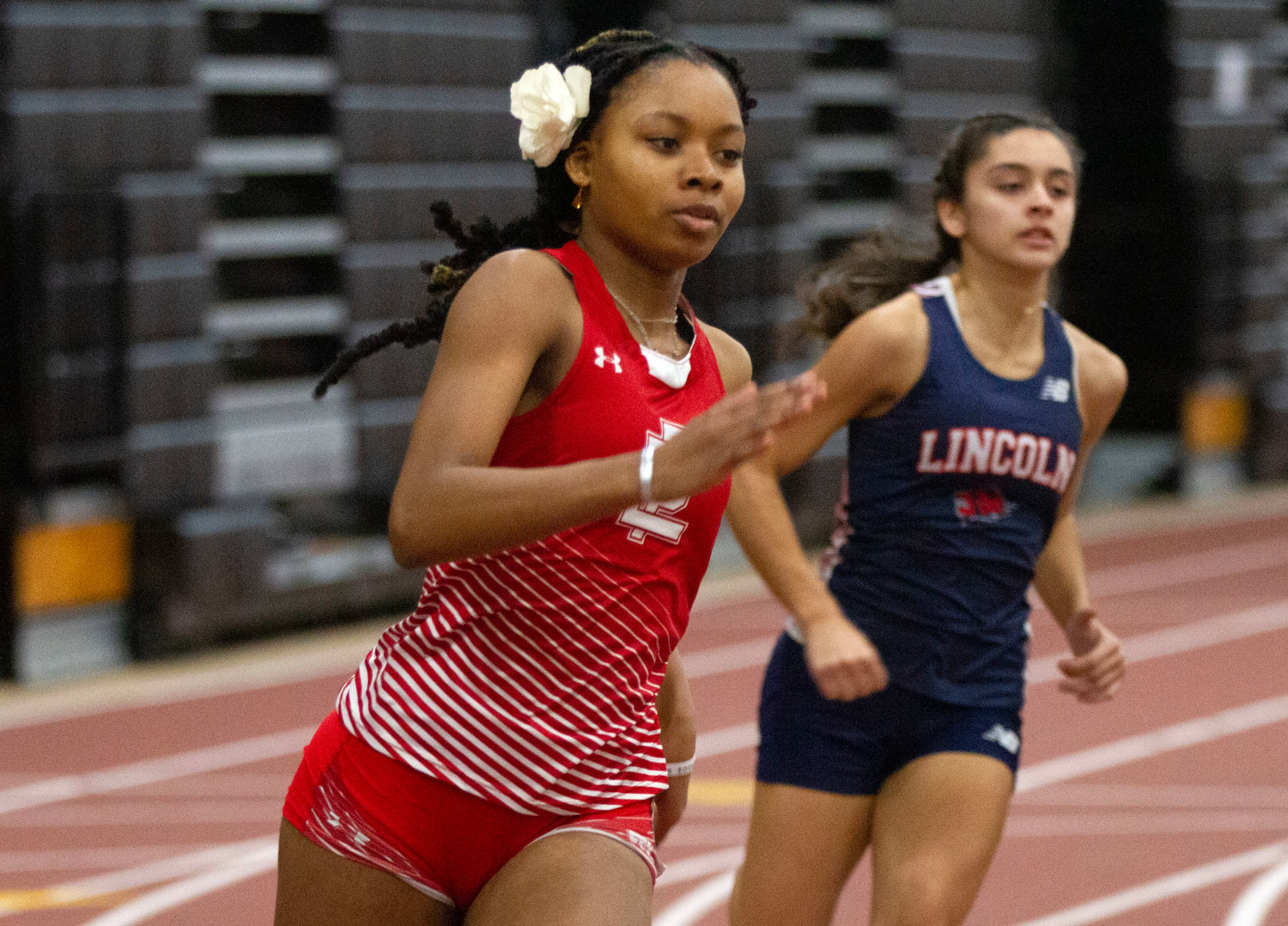 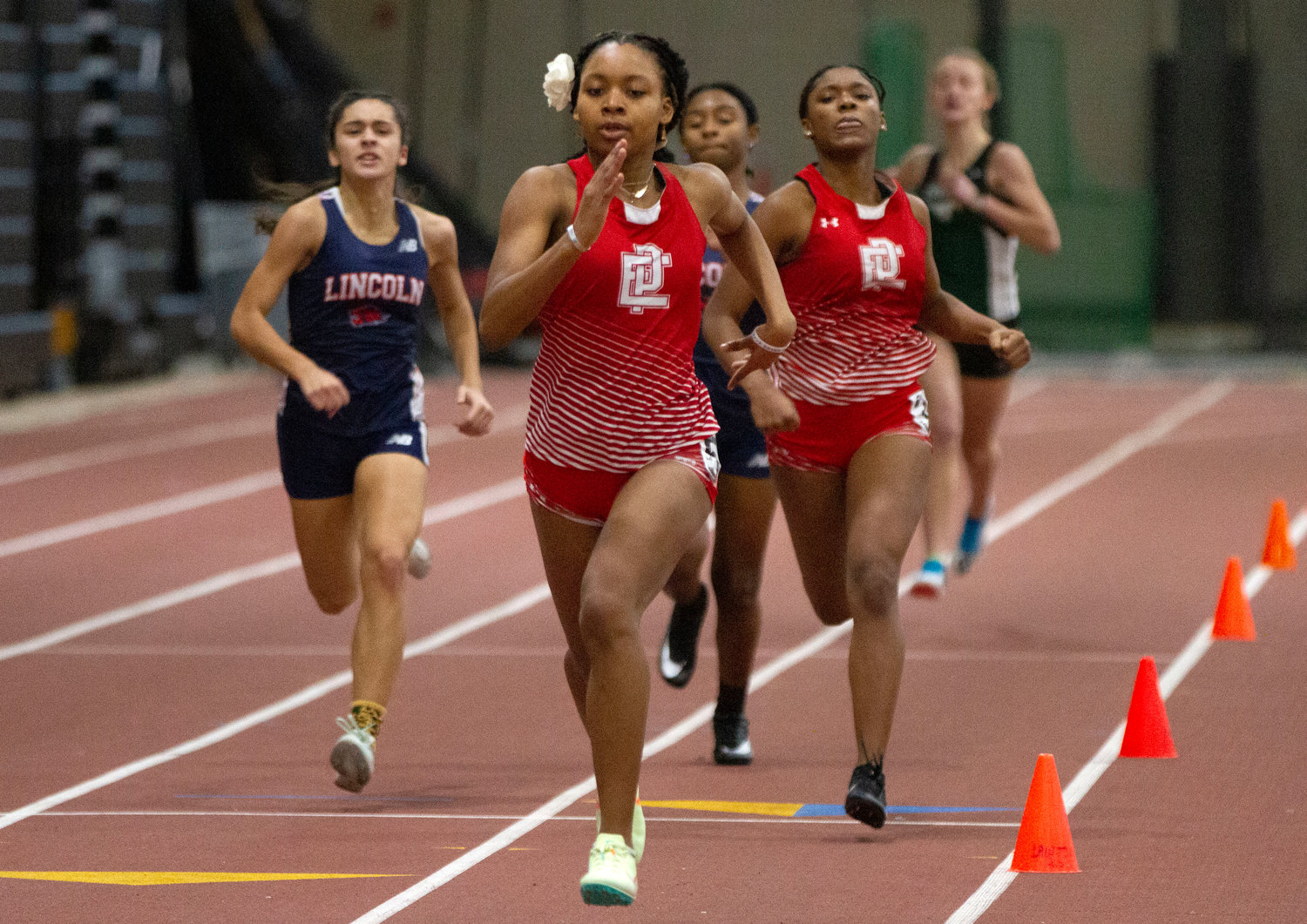 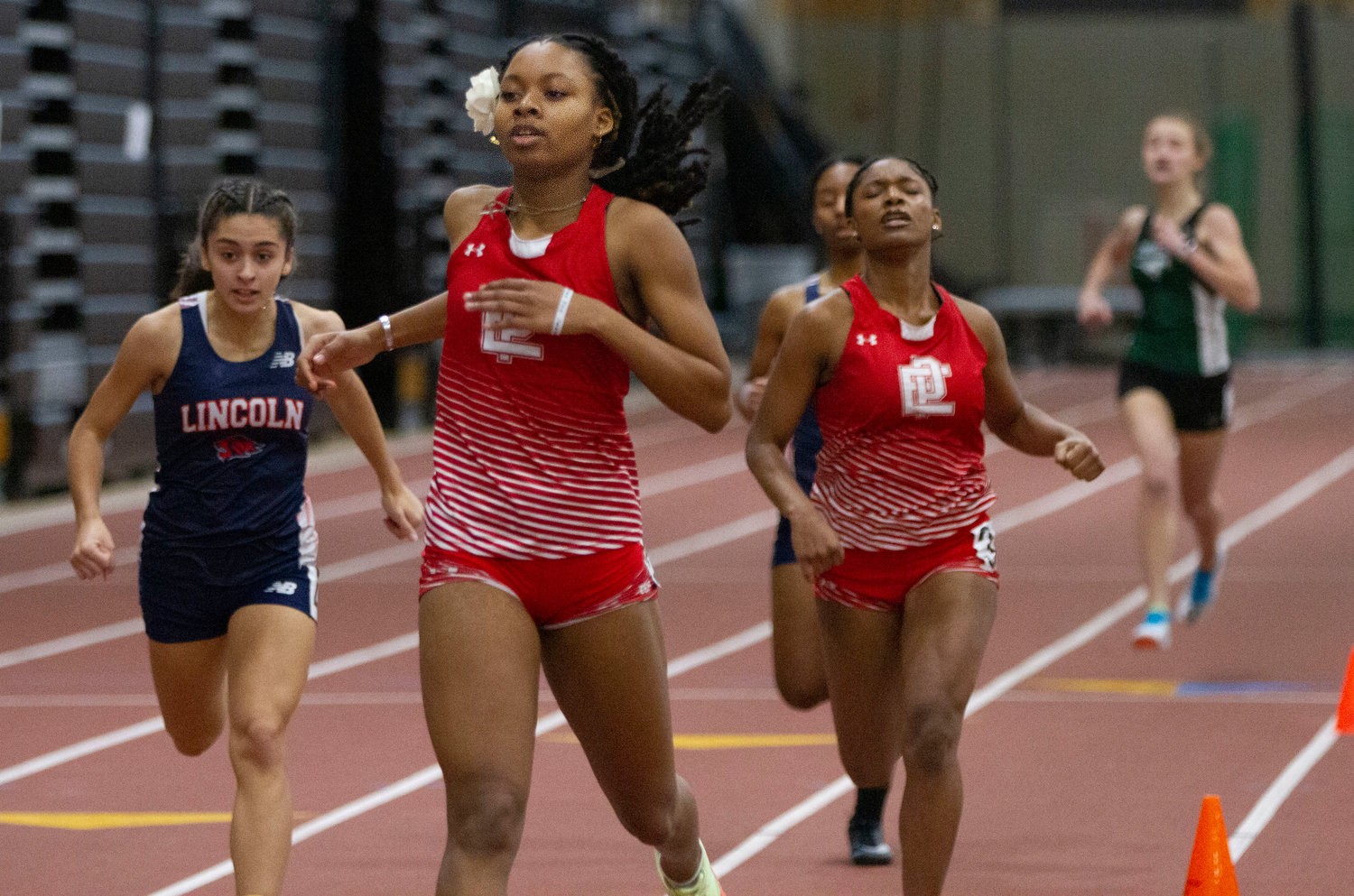 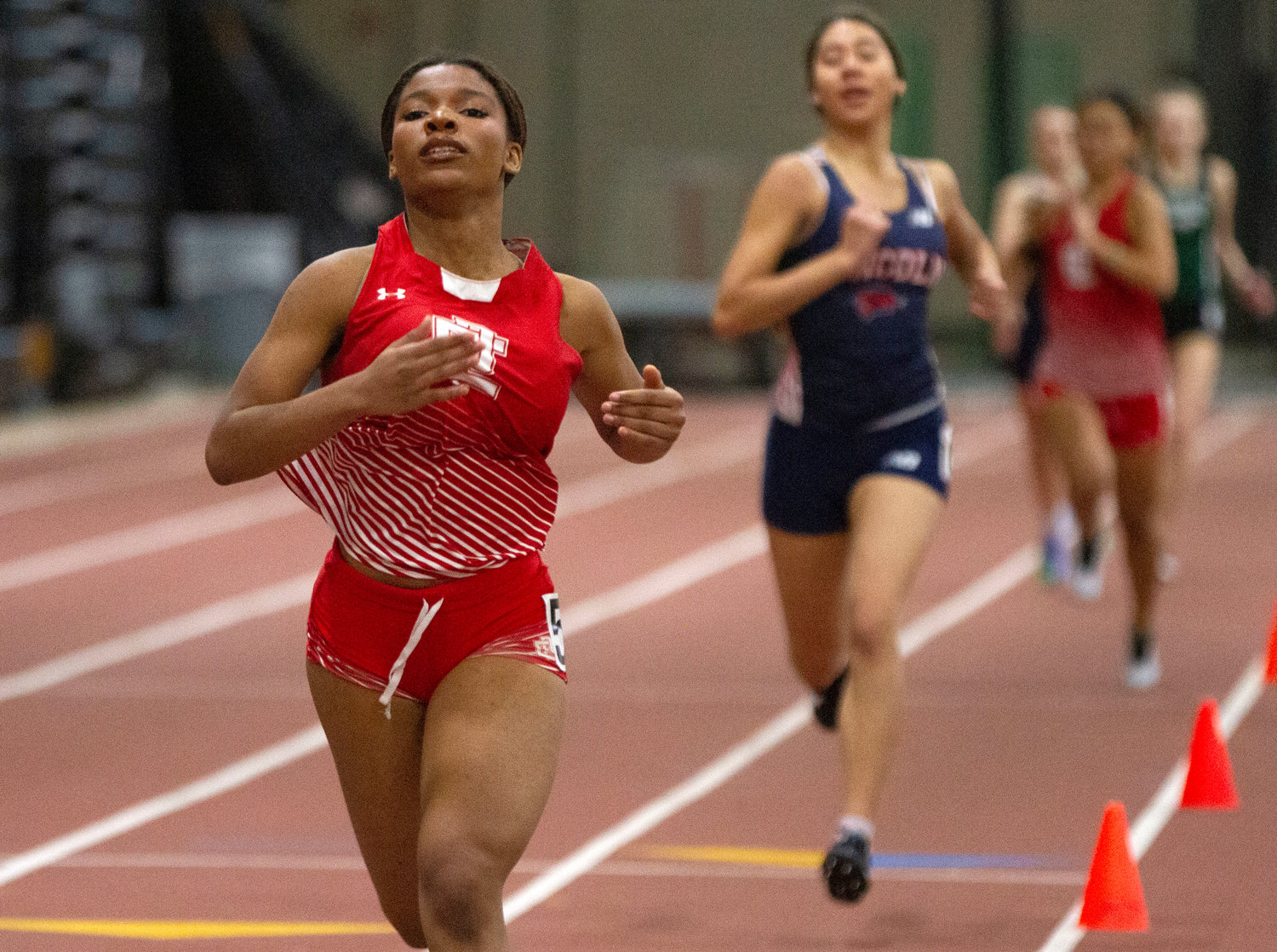 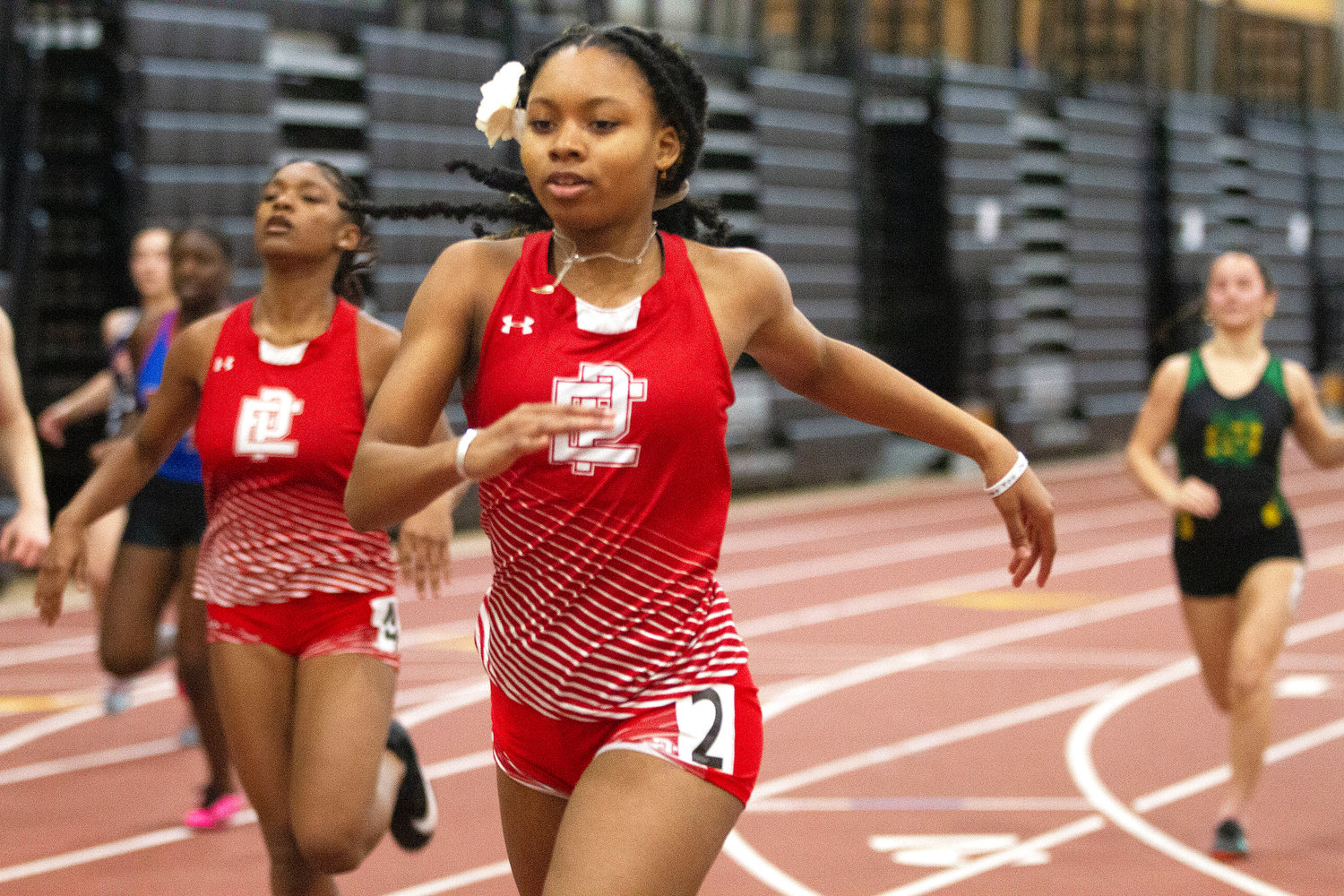 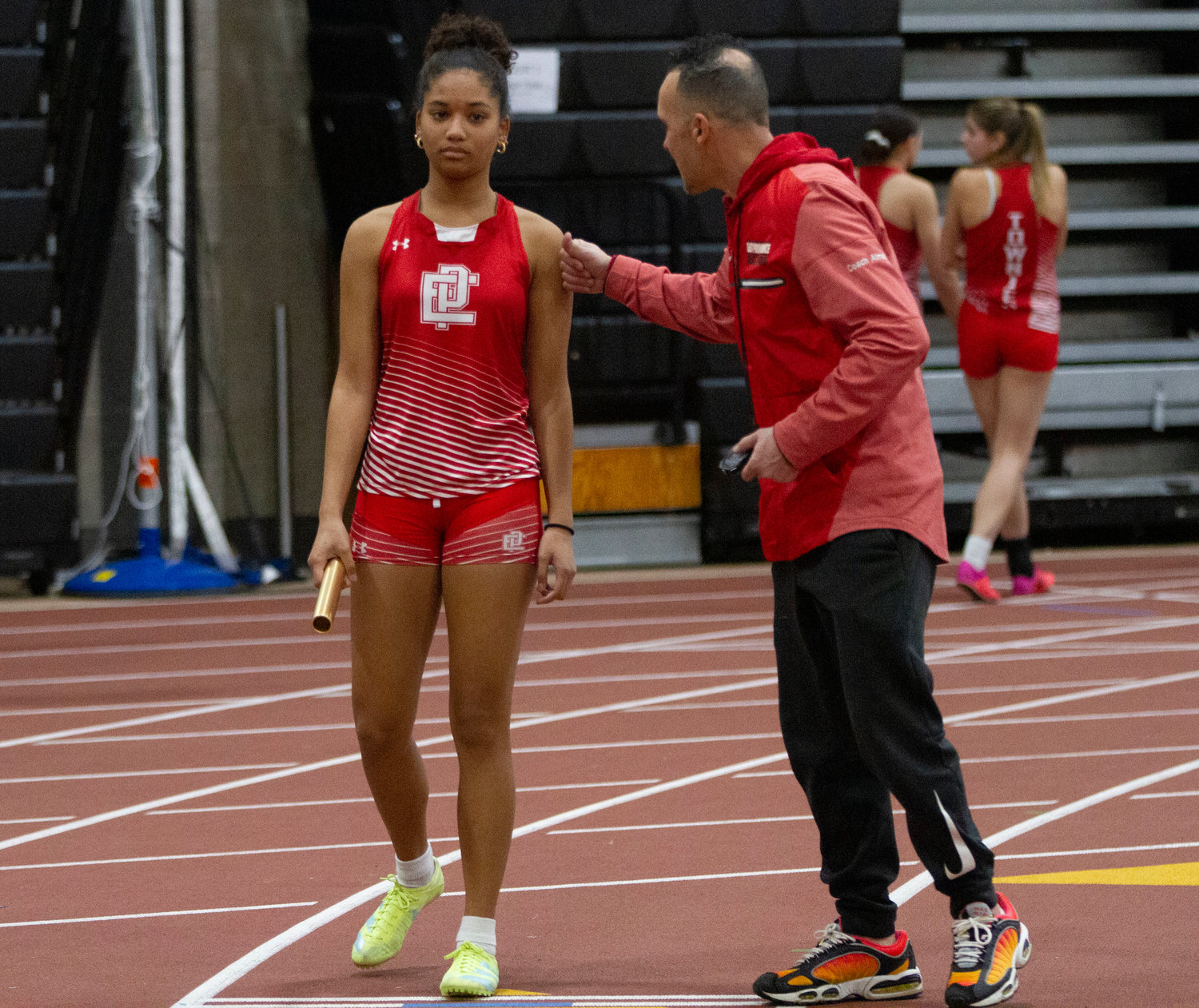 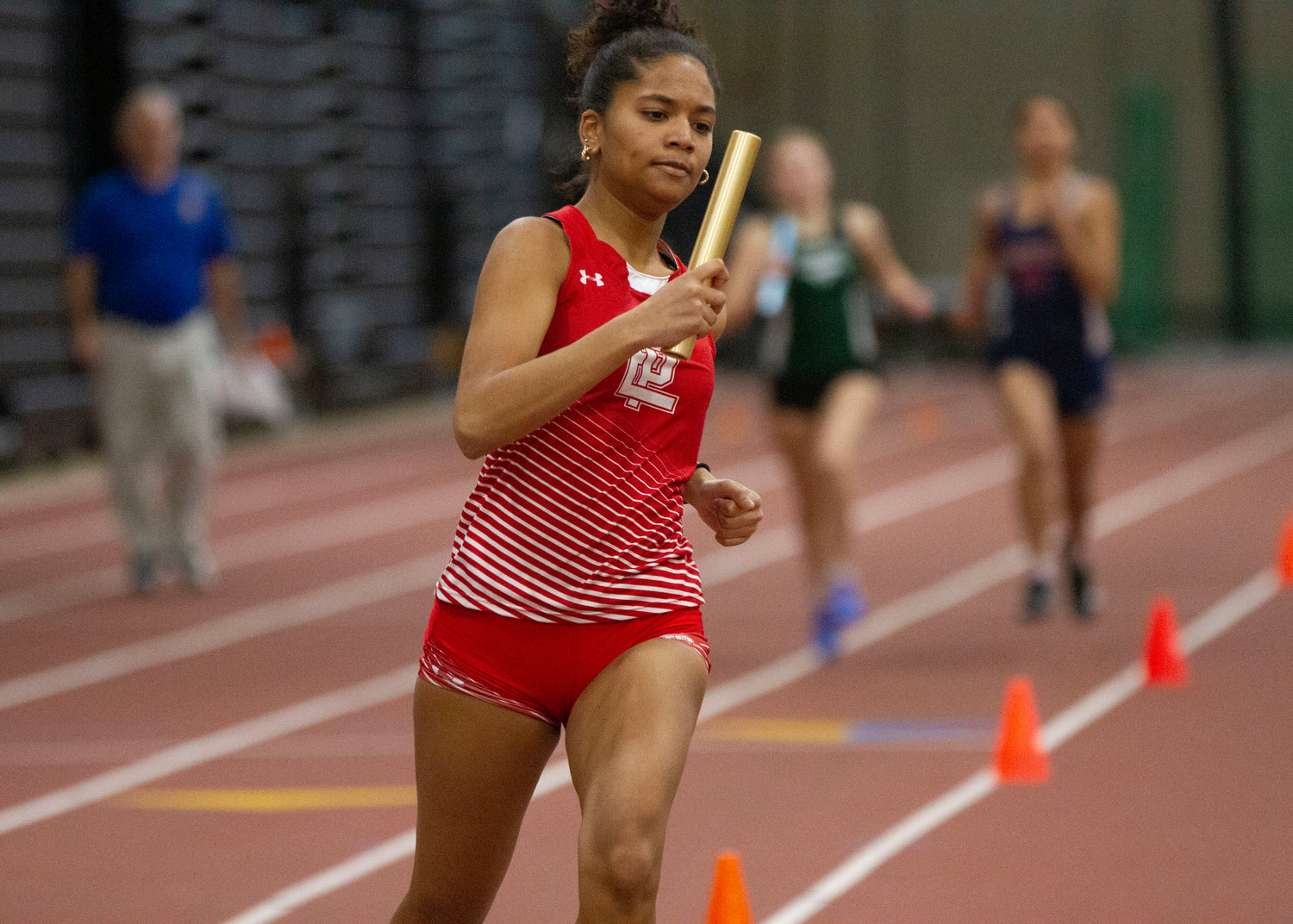 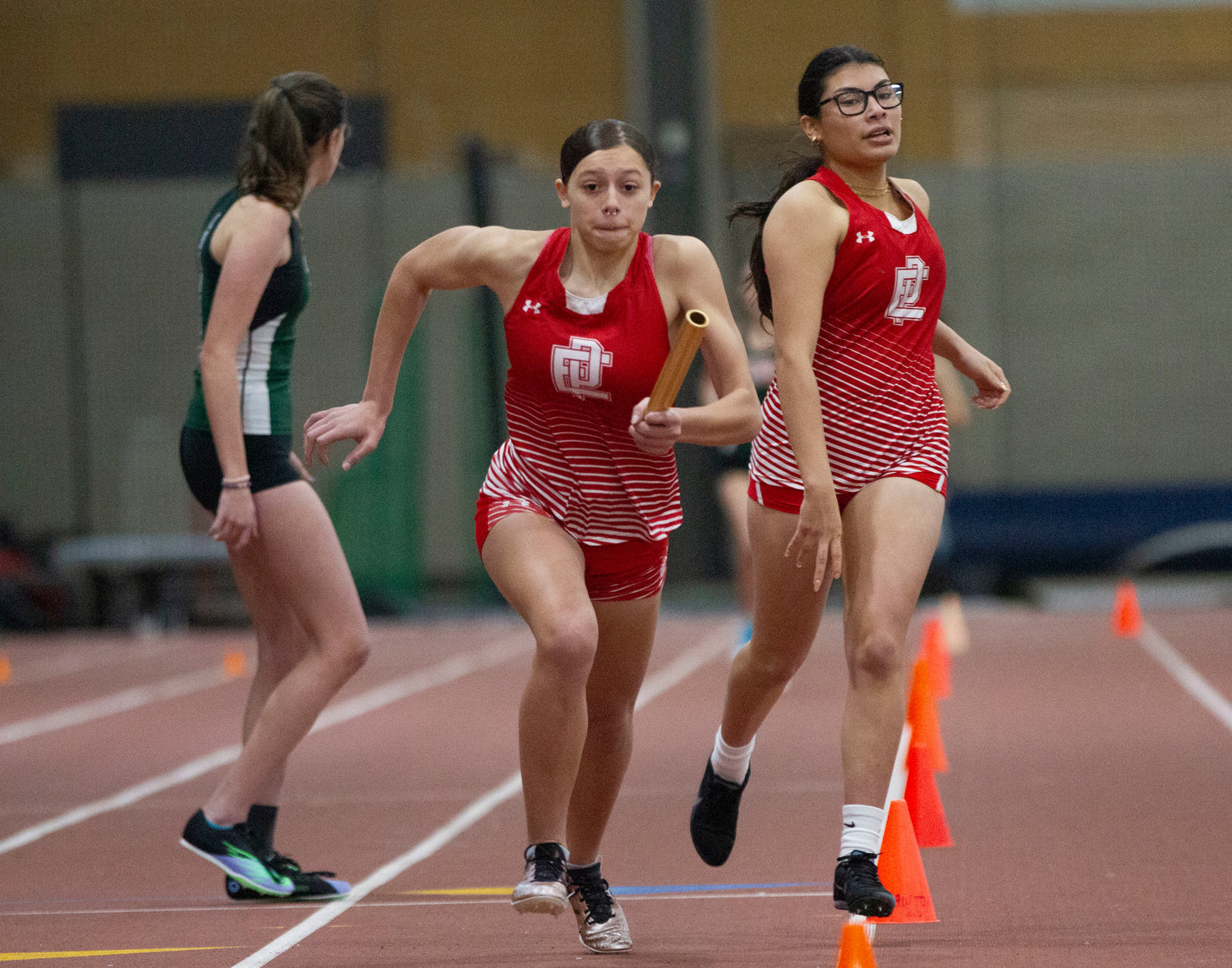 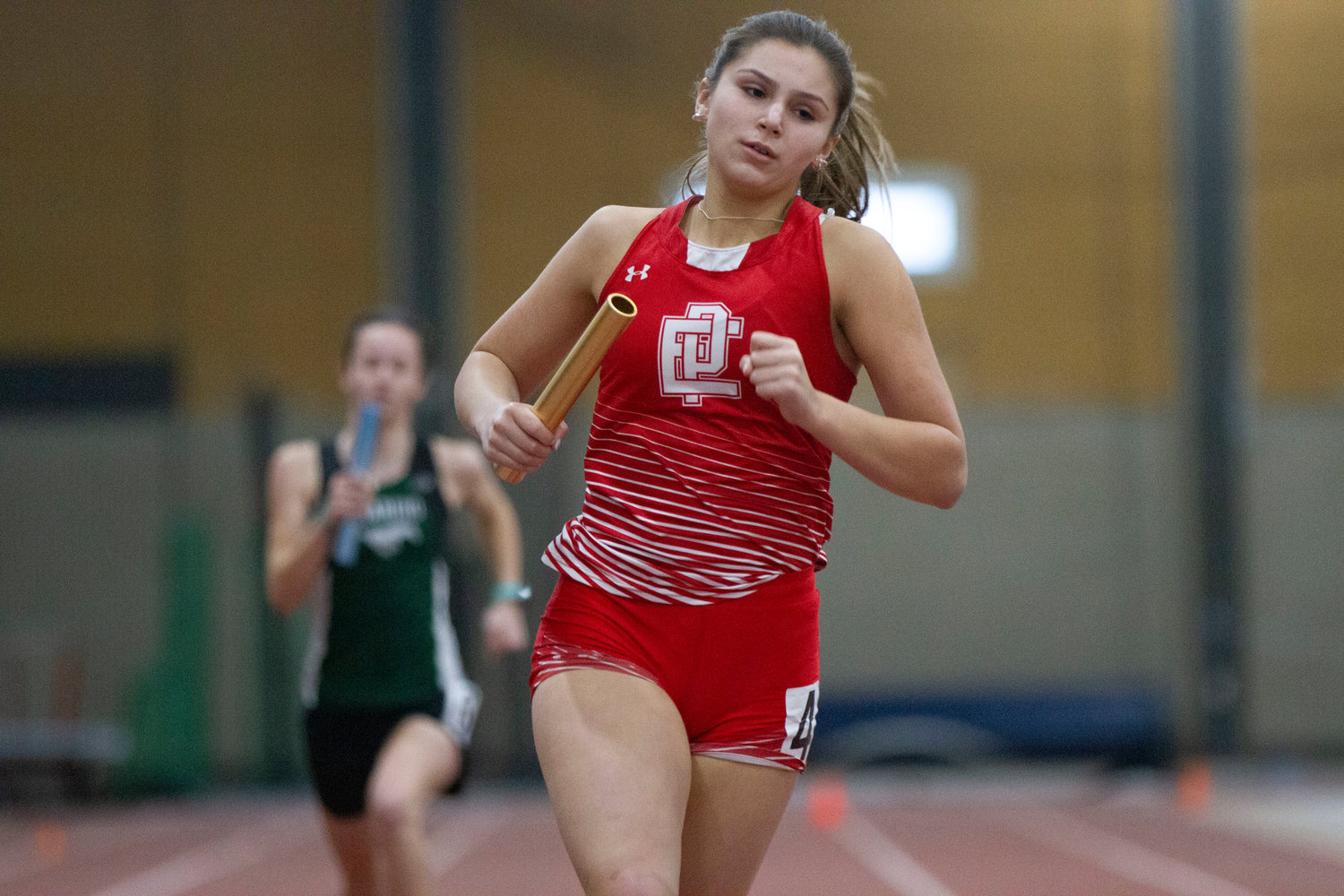 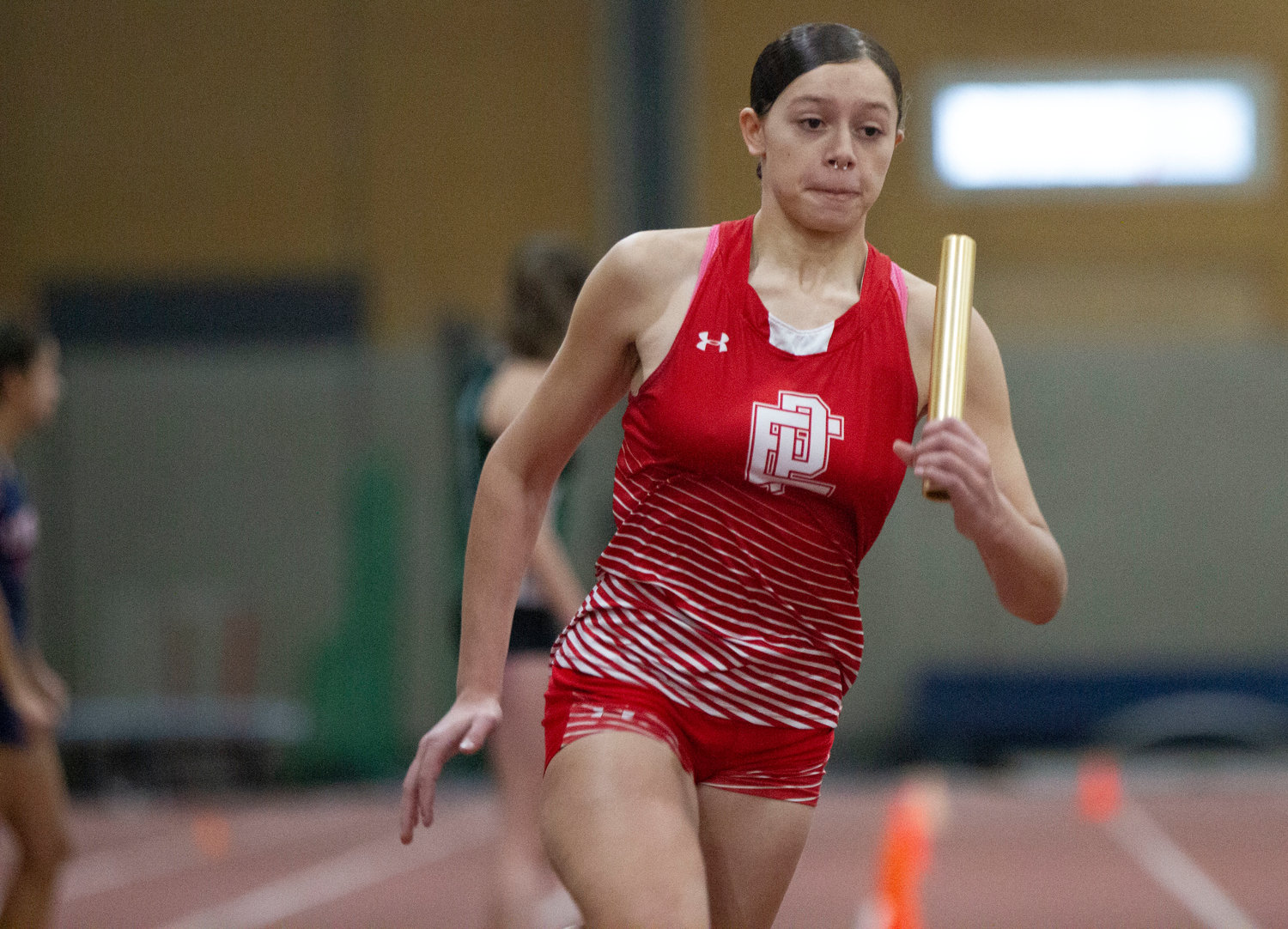 The duo was part of the winning 4x200 relay, running legs along with Kendra Daniel and Samantha Clarke to finish in a time of 1:52.57.

In addition, Clarke was a member of the runner-up 4x4 team with Gladys Barrera, Giselle Raphael and Angelina Tavares that ran a 4:44.89 to the winning time of 4:34.16 clocked by Moses Brown.

Earlier this week, on the Dr. Martin Luther King Jr. holiday Monday, Jan. 16, the Townies dropped a pair of close Sullivan decisions, 44-40 to Chariho and 52-47 to Lincoln High.

The same quartet of Daniel, Phillip, Clarke and Raphael won the 4x2 against the Chargers and Lions in a time of 1:52.2.

In the 4x4 relay, Clarke, Barrera and Raphael were joined by Adriana Perry in running second with a 4:40.47 to the winning time of 4:09.21 posted by Moses Brown.