After three years of service, he plans a return to the private sector

EAST PROVIDENCE — Nearly three years to the day he was named to the job, the office of Mayor Bob DaSilva announced Bill Fazioli would be leaving his position in the administration as the …

After three years of service, he plans a return to the private sector 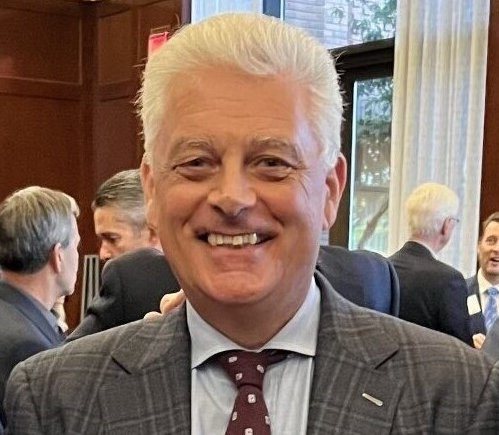 EAST PROVIDENCE — Nearly three years to the day he was named to the job, the office of Mayor Bob DaSilva announced Bill Fazioli would be leaving his position in the administration as the city’s Planning and Economic Development director.

Saying it was “time to pass the baton to the next generation of urban planners to continue the great progress the city has made,” Fazioli explained he would soon be returning to the private sector.

Reached for comment, Fazioli declined to specify where he would be moving to next. He did confirm his final day working for the city until Thursday, Oct. 27. Though stepping away from the administration, Fazioli will continue to be a member of the East Providence Waterfront Commission. Fazioli, the commission chair, has served on the commission since its inception nearly 20 years ago. His current term runs through 2026.

“It has been an honor and privilege to work with Mayor DaSilva,” Fazioli wrote in the statement. “Over the past three years we have created unprecedented momentum in housing and employment opportunities for East Providence.

“During this time we have withstood the pandemic and have piloted the largest commercial and residential developments in the city’s history. I was fortunate to work with a very professional and dedicated team in the Planning Department and have strong confidence in the future direction of the city.”

Fazioli said among his proudest achievements was helping to “usher in new initiatives including a formal arts district, public art installations, an urban forestry program, mixed-use zoning to revitalize downtown corridors and a strong commitment to affordable housing in East Providence.”

“Under my administration, with assistance from Mr. Fazioli, East Providence Planners have accomplished many things but there is still more work to be done,” DaSilva was quoted in the September 24 release. “Bill has been an asset to our administration and brought a wealth of knowledge to our city. We are excited to continue our work with him.”

Fazioli was hired by DaSilva in September of 2019. He became the first Planning and Economic Development director following the reconfiguration of the position suggested by the mayor’s office and approved by the City Council.

Prior to joining the city in this new capacity, Fazioli was director at Public Financial Advisors PFM, a municipal advisory firm in Providence. Before that he was senior vice president at First Southwest (Hilltop Holdings), where he advised municipal and local government clients on fiscal management.

Fazioli served as city manager of East Providence from 2004-2006, where he successfully attracted a new operations center for a major bank, which added hundreds of jobs to the workforce. He was a charter appointee of the Waterfront Commission upon its formation in 2004 and served as its interim chair for several years before being seated permanently to the position by state and local officials in 2018.