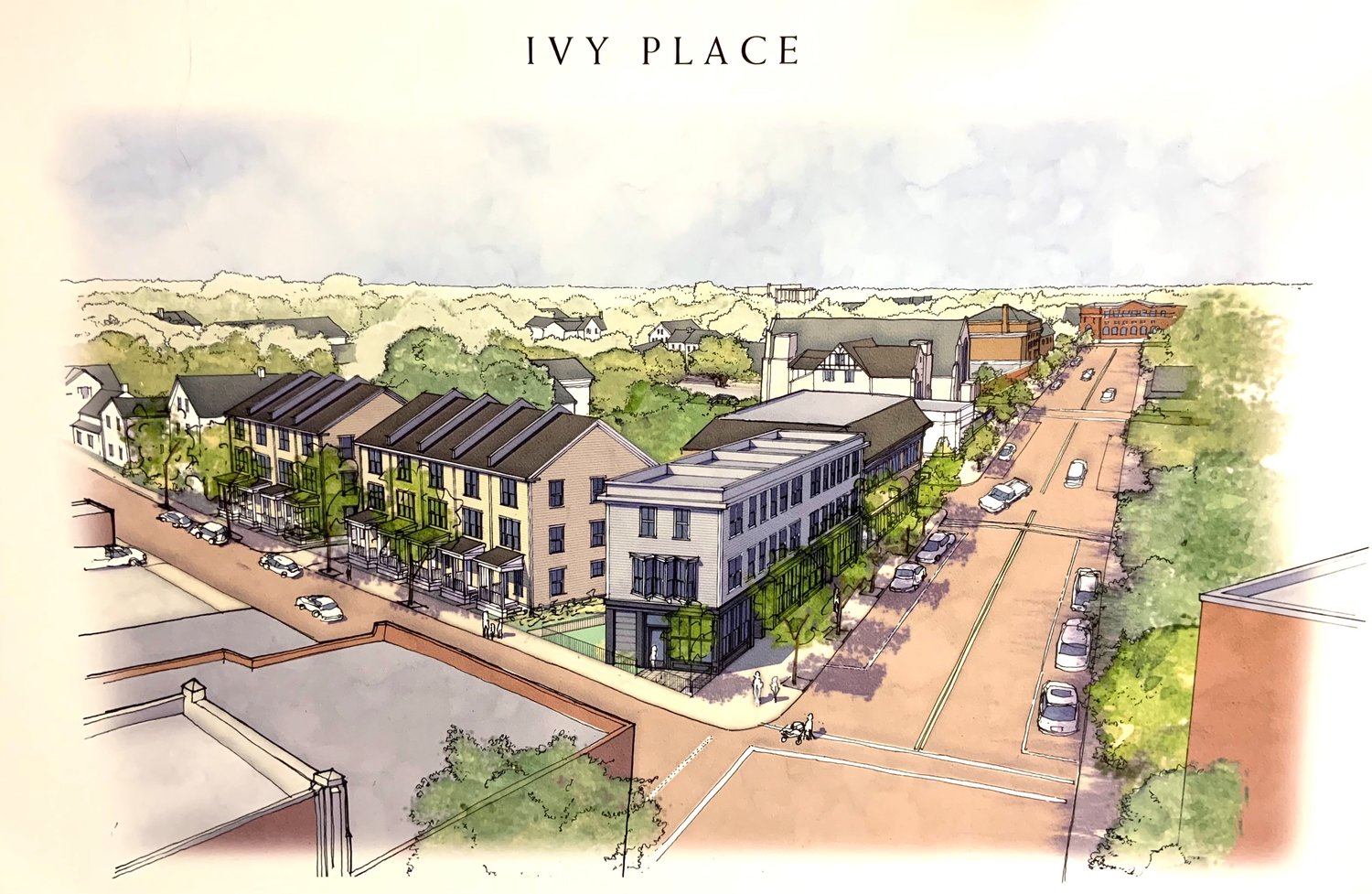 EAST PROVIDENCE — A groundbreaking ceremony was held earlier this week at the site of the new “Ivy Place” mixed use development at the corner of Ivy Street and Taunton Avenue in the center of the city.

The residential/commercial project is being conducted by the local non-profit Neighborworks Blackstone River Valley, which will include 13 new homes.

Ivy Place is on a vacant infill site located across the street from City Hall. Ten of the units, considered affordable workforce housing, will be sold to earners at or below 80% the area median income (AMI) and three units will be sold to households below 100% AMI.

"We are proud to be partnering with so many public and private partners on this important affordable housing & neighborhood revitalization initiative,” said NeighborWorks Blackstone River Valley Executive Director Joe Garelick.

Since first proposed in 2020, Ivy Place has received a Federal Home Loan Bank of Boston (FHLBank Boston) subsidy delivered through Bank Rhode Island for $295,000. Later, the Waterfront Commission approved ‘in lieu of” fees gained from the elimination of the affordable units component from the Kettle Point “luxury” development off Veterans Memorial Parkway. Earlier this year, Neighborworks received $578,397 through the state’s Building Homes Rhode Island (BHRI) program.

“Affordable housing has many favorable economic benefits,” said East Providence Waterfront Commission Chairman William Fazioli. “Research from Housing Works RI indicate that for every $1 invested in housing it will produce $16 in economic benefits.”