East Providence waterfront property could be hub of burgeoning industry

EAST PROVIDENCE — Offshore wind legislation approved by the General Assembly during its recently completed 2022 session and signed into law by Gov. Dan McKee should soon be a boon to the …

East Providence waterfront property could be hub of burgeoning industry 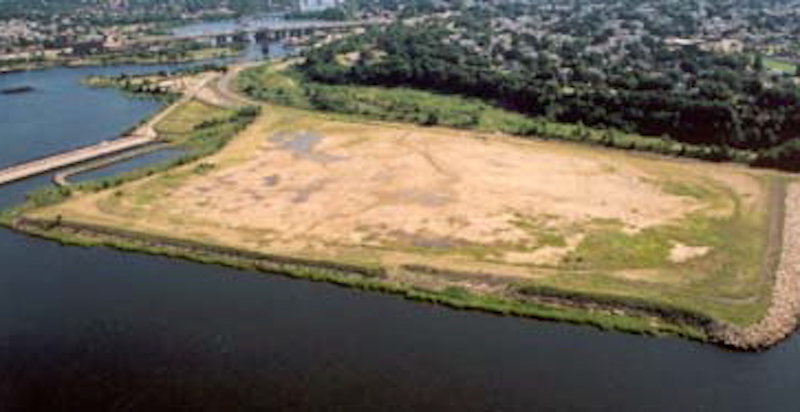 EAST PROVIDENCE — Offshore wind legislation approved by the General Assembly during its recently completed 2022 session and signed into law by Gov. Dan McKee should soon be a boon to the burgeoning industry around the state and also in East Providence at the South Quay (or Key) location in the Providence River at the coast near Veterans Memorial Parkway.

The legislation, sponsored in the State Senate by Dawn Euer (D-Dist. 13, Newport, Jamestown) and in the House of Representatives by Arthur Handy (D-Dist. 18, Cranston), requires between 600 to 1,000 megawatts of new offshore wind development begin to take place beginning this year. Rhode Island’s primary utility company, Rhode Island Energy, is required start the Request for Proposal (RFP) process no later than October 15.

“When we enacted the ‘Act on Climate’ last year, Rhode Island made a historically firm, enforceable commitment to rapidly adopt renewable energy and get serious about our climate obligations. Projects like the one we’re seeking with this legislation are an important part of our energy future. I’m glad to see the level of support there is for a major project like this one, because it will be a major step toward responsibly developed renewable energy in Rhode Island,” said Euer, who also sponsored the aforementioned “Act on Climate” legislation.

Added Handy, “There are so many reasons Rhode Island should be moving boldly in developing offshore wind and other renewables. We know from the Block Island Wind Farm that offshore wind works well here, and benefits our ratepayers. As the Ocean State, we are experiencing the negative effects of rising seas, so we need to do our share to move away from carbon fuels. Producing our own green energy is vastly more beneficial to our own economy than relying on fossil fuels that are often shipped from other areas of the world, which can also be subject to price volatility, as we are seeing right now. We will make great strides toward carbon neutrality with this policy, and I’m excited to see it move forward.”

The RFP calls for an additional 600 to 1,000 MW of offshore wind which has the potential to meet at least 30 percent of Rhode Island’s estimated 2030 electricity demand. This electricity from the project has the potential to power about 340,000 homes each year. When added to the 30 MW Block Island Wind farm and the planned 400 MW Revolution Wind project, about half of the state’s project energy needs will be powered by offshore wind.

The law will allow the Public Utilities Commission to decide whether the utility will receive a renumeration payment of up to 1 percent of the contract amount. This incentive allowance will expire at the end of 2026.

The owners of the South Quay, Waterfront Enterprises LLC, have attempted to position the location, the man-made strip originally intended to be a cargo port for the Providence & Worcester Railroad, as an integral staging hub for the offshore wind industry locally and regionally.

In March 2021, Waterfront Enterprises, approached the administration of Mayor Bob DaSilva and the East Providence Waterfront Commission about the possibility of using the spot primarily for such purpose. Waterfront Enterprises, which would have a $25 million stake in the project, has submitted a $65 million grant request to the United States Department of Transportation to earmarked for the endeavor.

“This push towards renewable energy is a major plus for the development of the South Quay marine terminal,” said East Providence’s Director of Planning and Economic Development Bill Fazioli, who doubles as the East Providence Waterfront Commission chair.

He continued, “The scarcity of port facilities in the Northeast makes the South Quay a valuable asset. Fortunately, we have been working with the property owners for several years to position the South Quay to play an important role in the offshore wind industry. These efforts give the property a head start on other proposed ports in the area.”

Three state entities will review any proposed offshore wind contract and provide advisory opinions: the Office of Energy Resources, the Department of Environmental Management, and Rhode Island Commerce. The Public Utilities Commission will review any contracts that result from this RFP and issue a ruling.

“Offshore wind is a vital domestic and scalable clean energy resource for Rhode Island and the nation,” said State Energy Commissioner Nicholas S. Ucci. “Rhode Island's next large scale offshore wind procurement creates the potential to attract competitively priced electricity for consumers, and investment and job opportunities for our economy. This legislation is another important step for the Ocean State as we look to achieve our Act on Climate goals.”