Commentary: I miss my dad each Father’s Day and salute him for days and weeks beyond

He was born in London, the Edwardian early 20th century, when Britain still ruled the world's waves. But shortly after the death of his younger brother, their mother died and he was sent to New York …

Commentary: I miss my dad each Father’s Day and salute him for days and weeks beyond 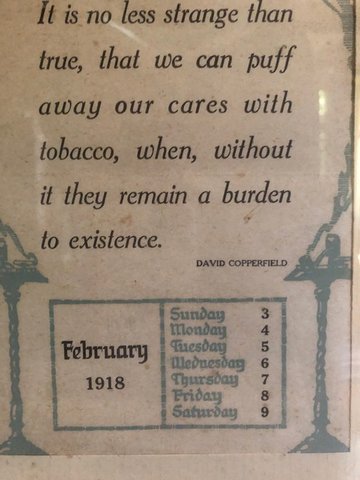 He was born in London, the Edwardian early 20th century, when Britain still ruled the world's waves. But shortly after the death of his younger brother, their mother died and he was sent to New York City, in Harlem, to be raised by a paternal aunt.

His name was shortened to "Moe" to confuse the Angel of Death who might follow his footsteps and lay claim upon the little lad. A few pictures on the beige wallpaper of the parlor of my boyhood told the story of his progress toward his career here on James Street between Waterman and Taunton avenues. Portraits of his parents in gilded frames, as well as of the king and queen of some English era. A few mementos of the Manhattan chapter of his youth, notably a book of poems signed by the school librarian, one Jessie Wing.

In the middle of the Great Depression Moe opened a small retail shop to sell furnishings, old and new, in East Providence. I can clearly recall the ledgers, typewriters staplers, pads and pencils, and the neat calligraphy of his handwriting...that took over the house...plus the drive over the old Red Bridge and the strange fact that our parlor chairs and sofas kept changing. You couldn't buy anything but defense and then war bonds or sell anything new during throughout the Duration. He might trade the coffee table for a pet dog.. In those days you didn't always sell for cash payments. You settled for eggs, corn, potato or other produce from the farmlands that preceded the vast landscape of shopping centers and highways that have erased that world of productive small orchards, vineyards, and wee ranches.

I would accompany my father and brothers in that old gray Dodge on his collection routes and climb trees to gather abandoned bird nests for my personal hobby-horse retreat under the cellar stairs. There, my dad actually constructed a proper little hideaway for my research. I "published" (meaning "stapled") a booklet explaining the evolution of birds that was displayed in the local branch library---my scholarly masterpiece of kindergarten and first grade.

Well, truth to tell, Moe and I often didn't get along all that well. I was scared of his impatient outbursts, if i didn't help out with the chores in the yard with my two older brothers, but wait! When I got to be a teen-ager he would visit the employers who had hired me to work....as a dishwasher, or a sign-painter, or a clerk, to ask them to FIRE me...so that I could resume my studies. He thought I might make a forceful and vocal lawyer with my gifts of gab. He welcomed the friends of my siblings, but disapproved of my choice of companions...until, one day, something happened that dramatically altered my father-son bond. One of my college chums had married and brought his wife and newborn daughter to my door. And my dad turned them away, and a neighbor took them in!

So what did I do? I moved out....to East Providence! I took a room in the Broadway house of my dentist friend! Until my mother phoned me and said something quite startling. "I feel like a woman who has been asked for a divorce!" So I gathered up my gear, cancelled the checks I had made out to purchase a little red houseboat on the Seekonk River, plus my possible plan to purchase the gatekeeper's red brick cottage, and (tail between my legs) was home-again...but with a mission.

My lovely mom was seriously, mortally, ill, and I took care of her for the months that remained and then...stayed to help my father adjust to his decade of solitude. We became both house-mates and even friends at last! A boy, a man, desires to like, love, respect, and maybe even admire, his father, and time becomes a voyage of discovery. I recall that one of my RISD colleagues knocked on my door and my still-sometimes-grouchy father opened the vestibule door and reported that I was "not at home". That fellow professor claimed that I had hired a BUTLER!

My wife and I, by now nearly at the golden anniversary point, were married in my father's house, and my favorite memento photograph is of his big grin of happy pride. To this day I enjoy wearing his regal gray and purple scarf, or his slippers, and display his ancient radio on a bookshelf, and used his antique camera until they didn't produce the film for it anymore.

I like to look back at his office on James Street where I would pop in on him to announce the expectation of our first child (currently mother of three of my grand-children). And I think about his life seen from so many diverse perspectives. His friend from New York who might visit and bring champagne for auld lang syne. Our dinner conversations or long evening reminiscences. I could make him laugh or cry with my memories.

My mother wrote a final letter to him thanking him for his love...I tried and tried to search for it, to admire its dignity! but alas to no avail. He confided in my judgments and I think put his blessings upon me, almost biblically. But I have to acknowledge that nothing changes completely except caterpillars into butterflies. ("flutter-bys”).

I think that the last words Moe said to me were warning: "Don't buy it." He never did totally trust my impulses and the wave-lengths of my voyages. (He had to retrieve the papers from England to acquire a passport, to retrace his own ancestry as I had done. ) And yet and so....he often followed in MY footsteps, and as I bring him back each time I make my way among the pathways of a personal East, it ain't over yet.

I miss him and salute him each June, July, and August and he will be part of my summer thoughts evermore.

Mr. Fink has been a professor of film studies at Rhode Island School of Design since 1958. His commentaries, which often link to his life-long association with East Providence, appear regularly in The Post.

ACLU: With Roe overturned, what comes next for abortion rights?

Big spending and big relief in a very big budget