PORTSMOUTH — Students at Portsmouth High School spent one day in pajamas, another dressed as bikers or surfers, voted for “Senior Superlatives,” decorated the field house for Goofy … 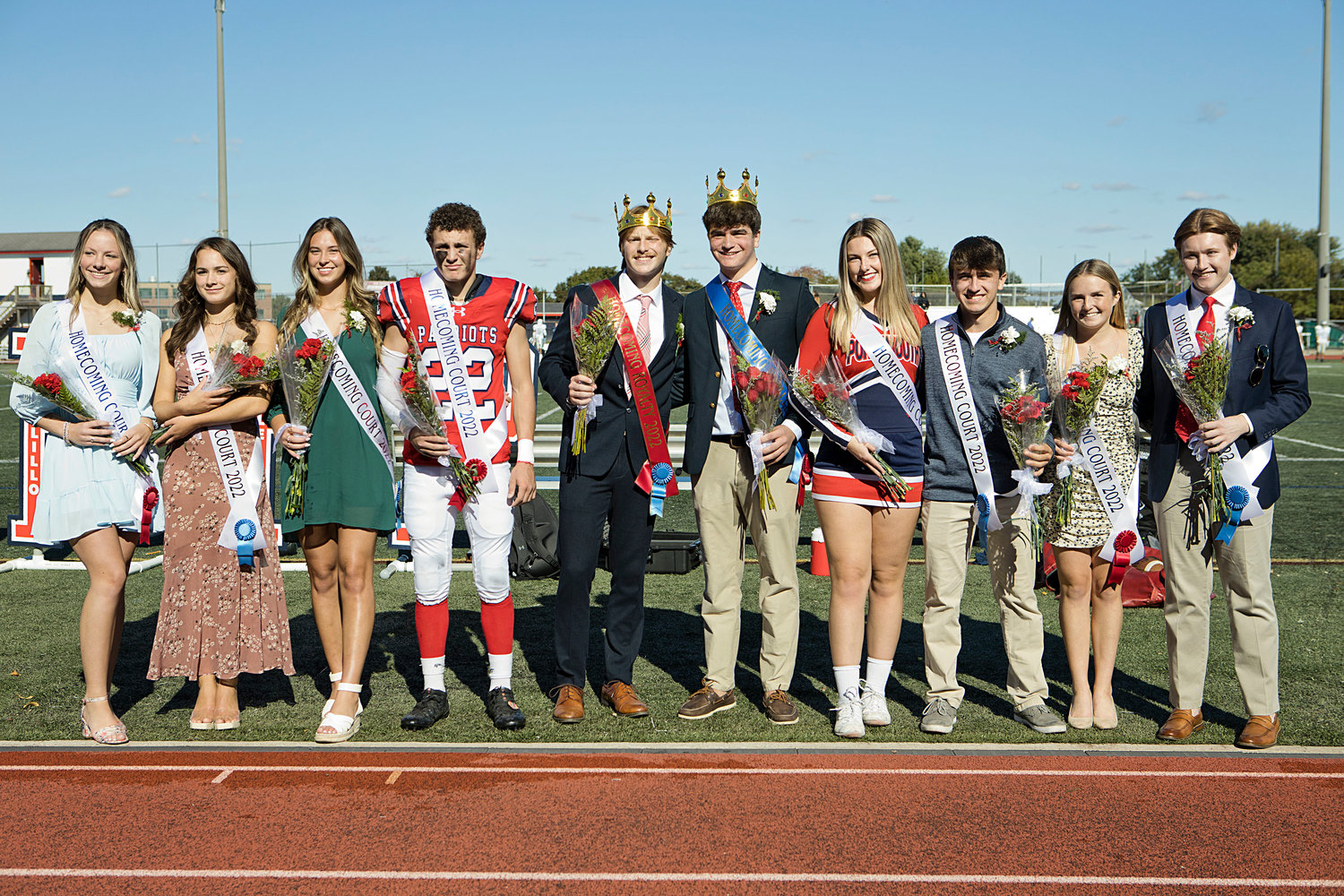 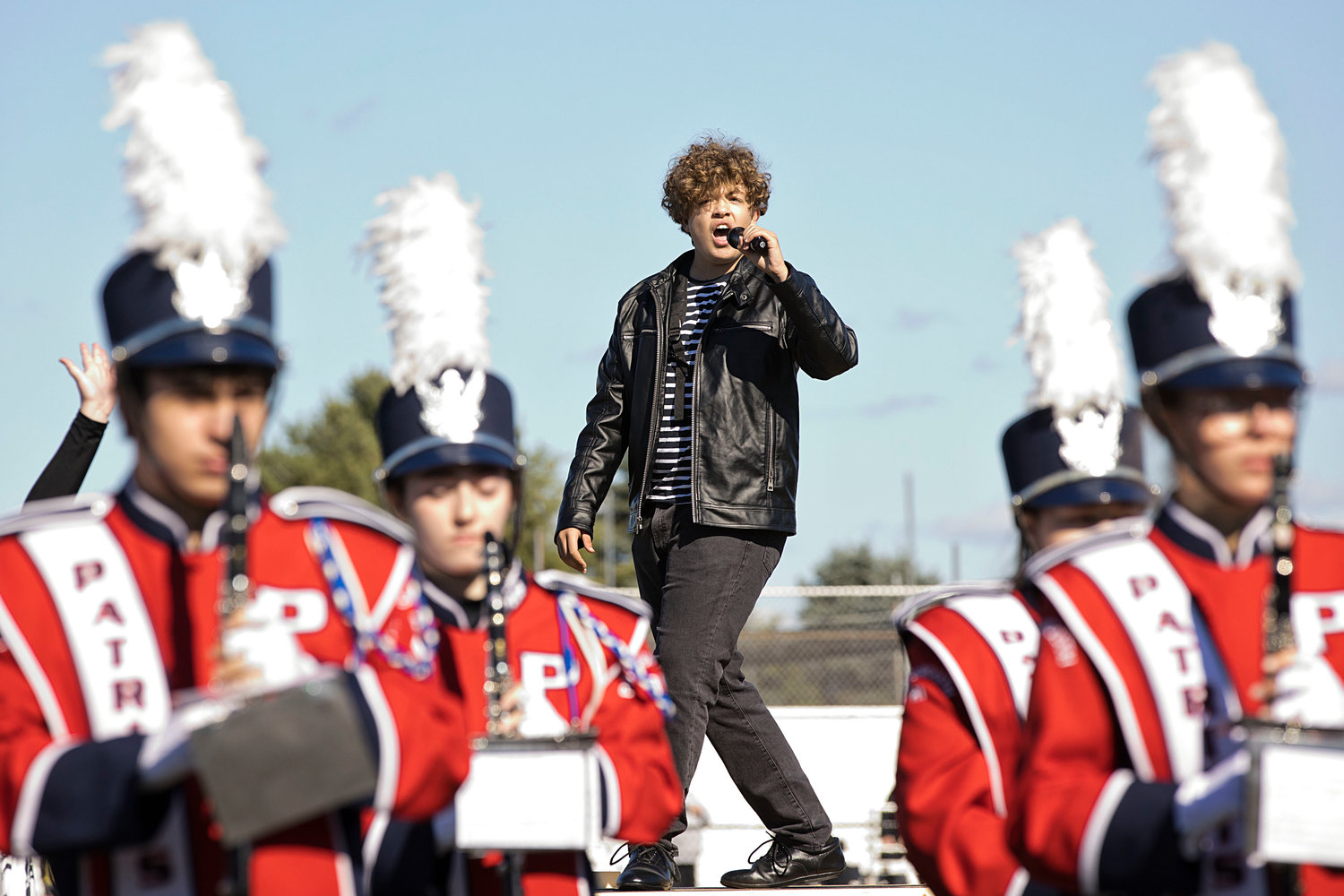 Sophomore Dillion Fesmire plays the king of rock and roll while singing along to the band during halftime of the game, won by the Patriots, 14-7.
JULIE FURTADO 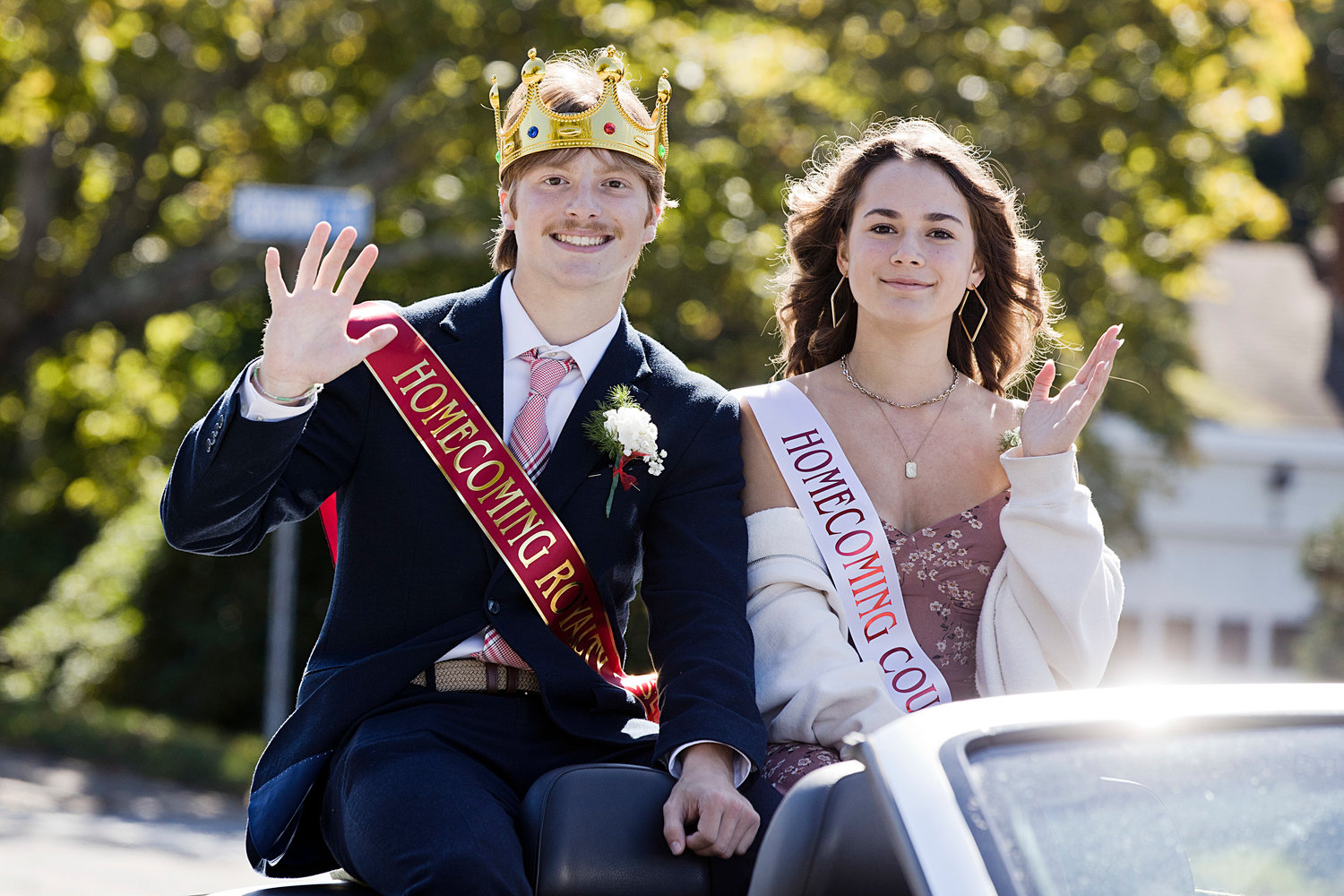 Homecoming King Nick Waycuilis (Luke Carlin was the other king) and Morgan Levreault, wave to spectators while riding through Portsmouth’s Homecoming parade on Saturday.
JULIE FURTADO 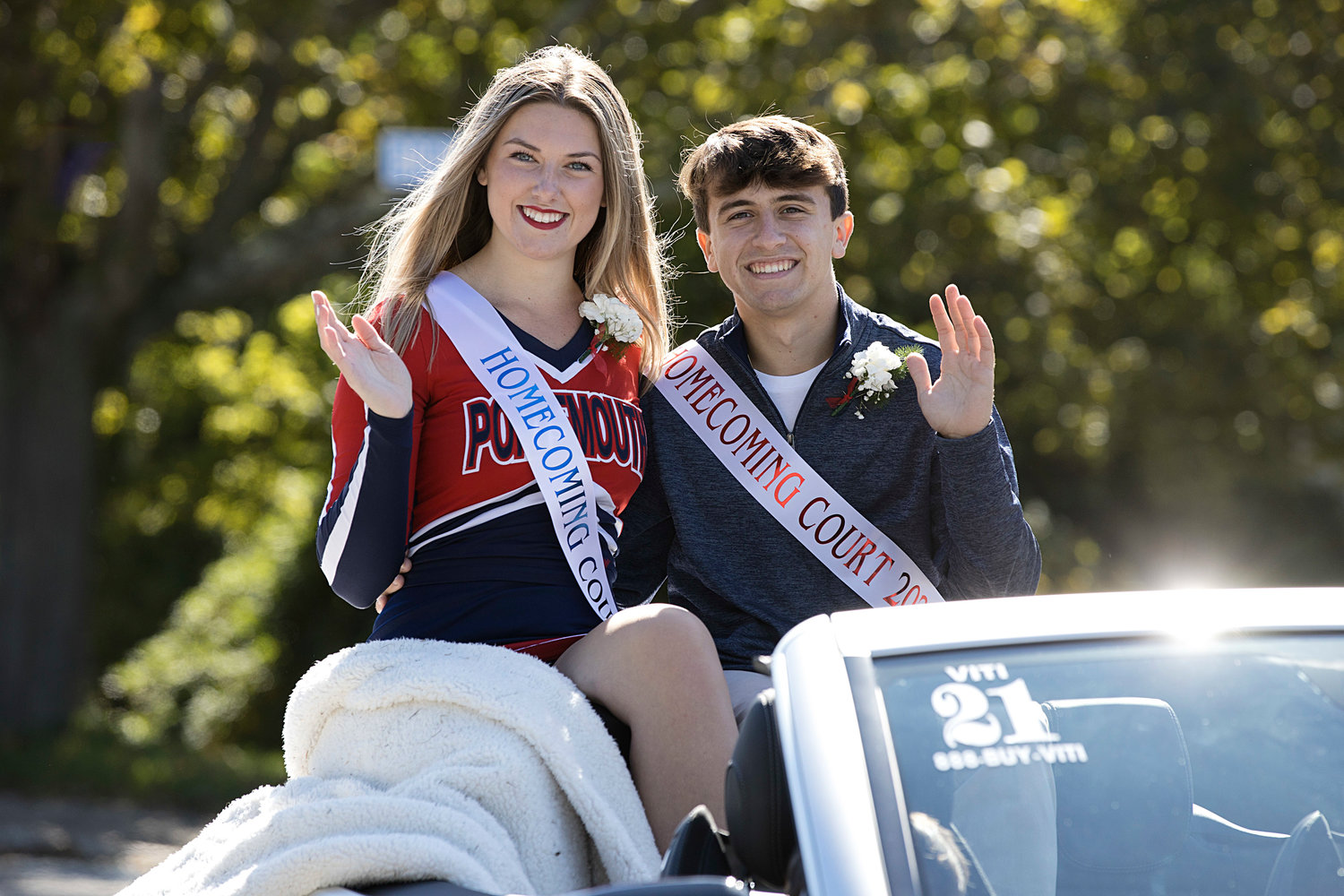 Phoebe Tavares and Andrew Alvanas of the Homecoming court wave from their car.
JULIE FURTADO 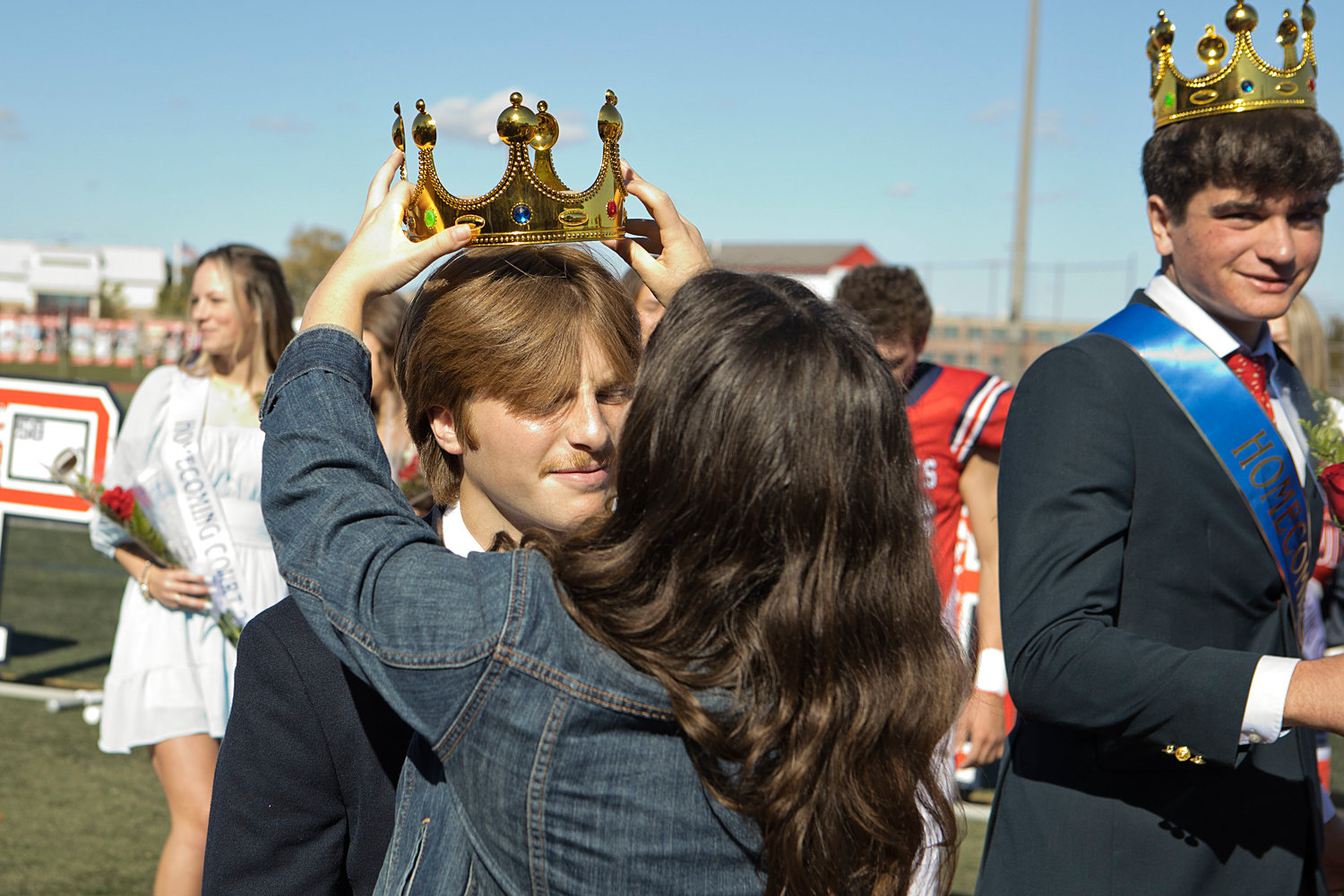 Nick Waycuilis is crowned one of the Homecoming kings.
JULIE FURTADO 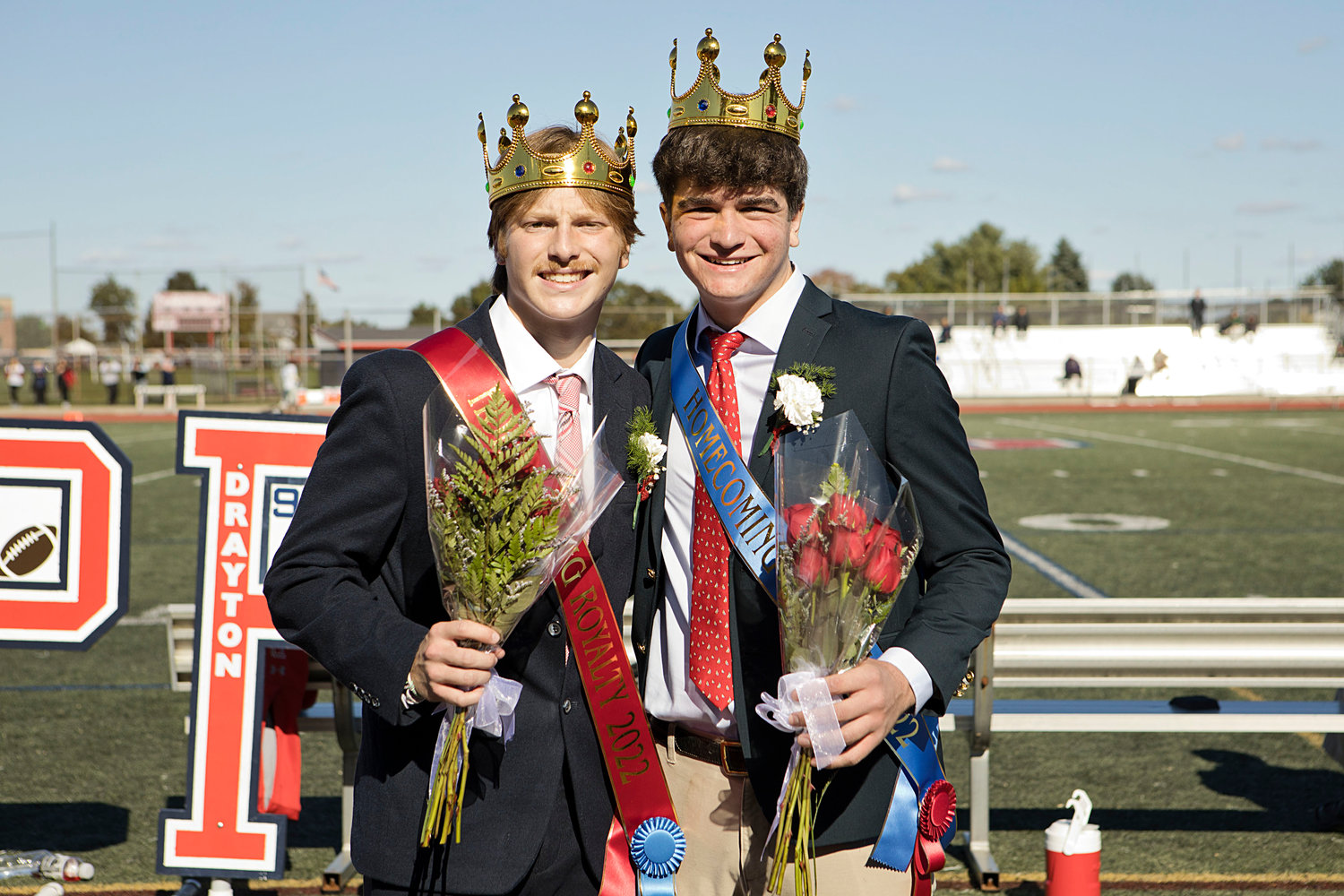 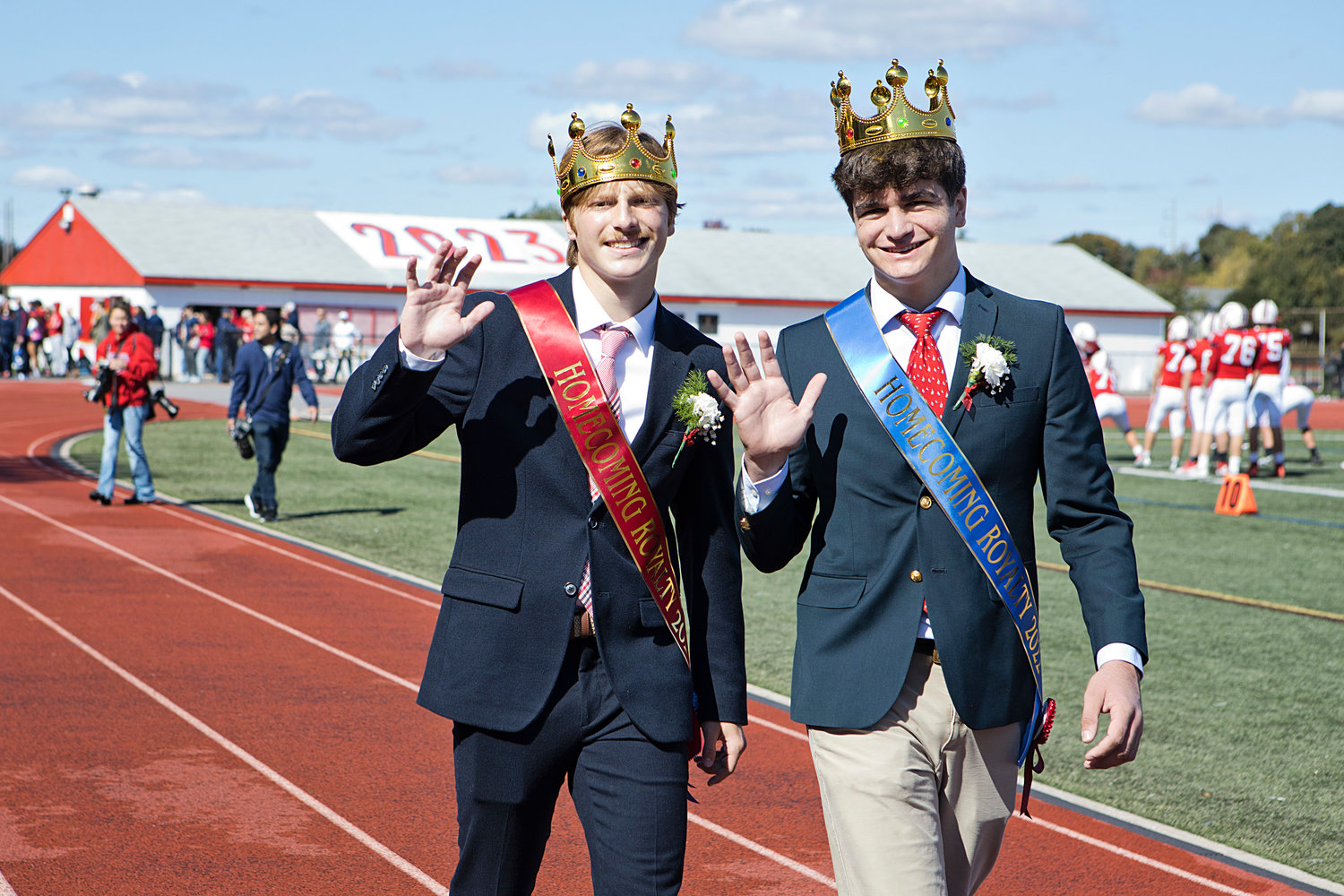 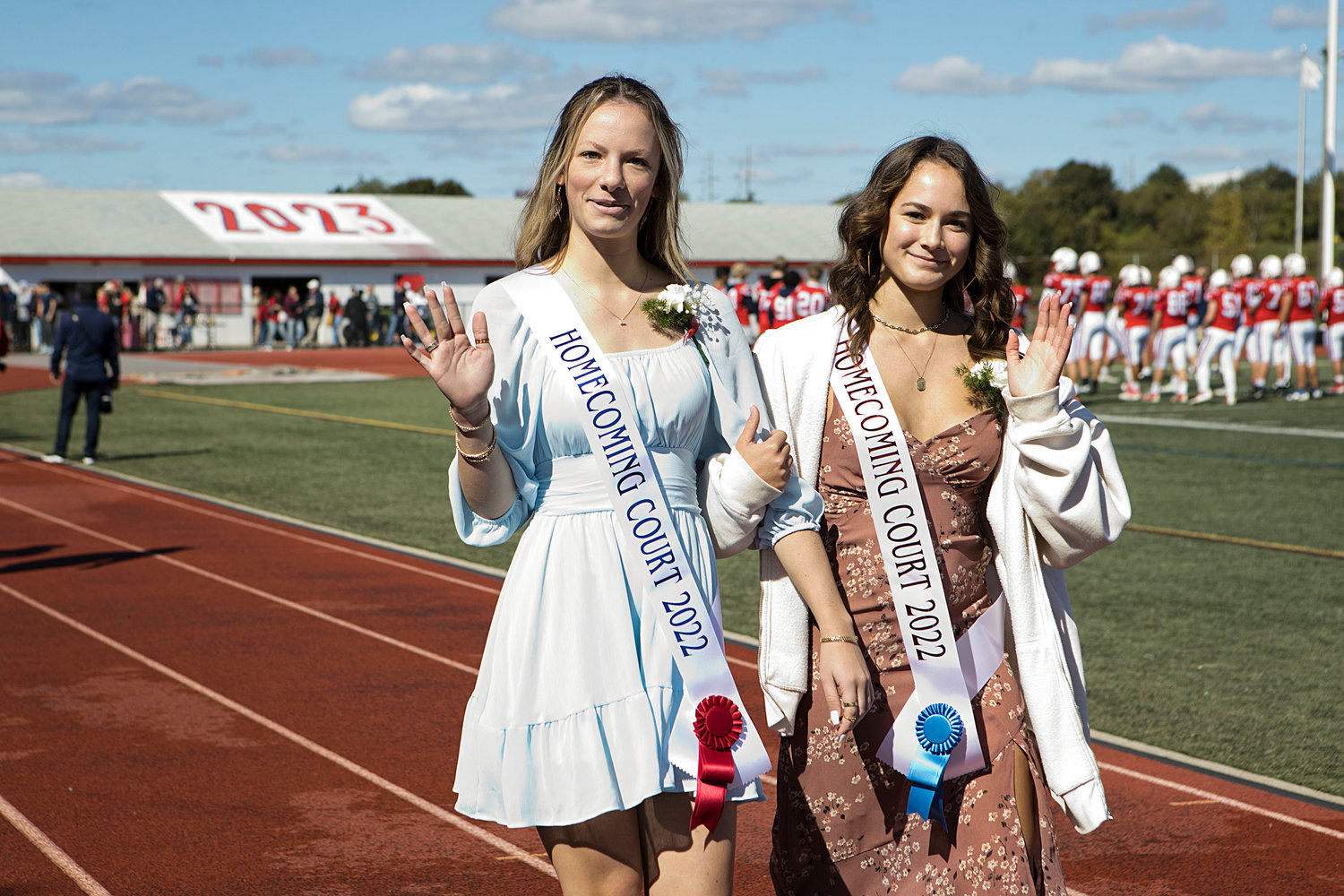 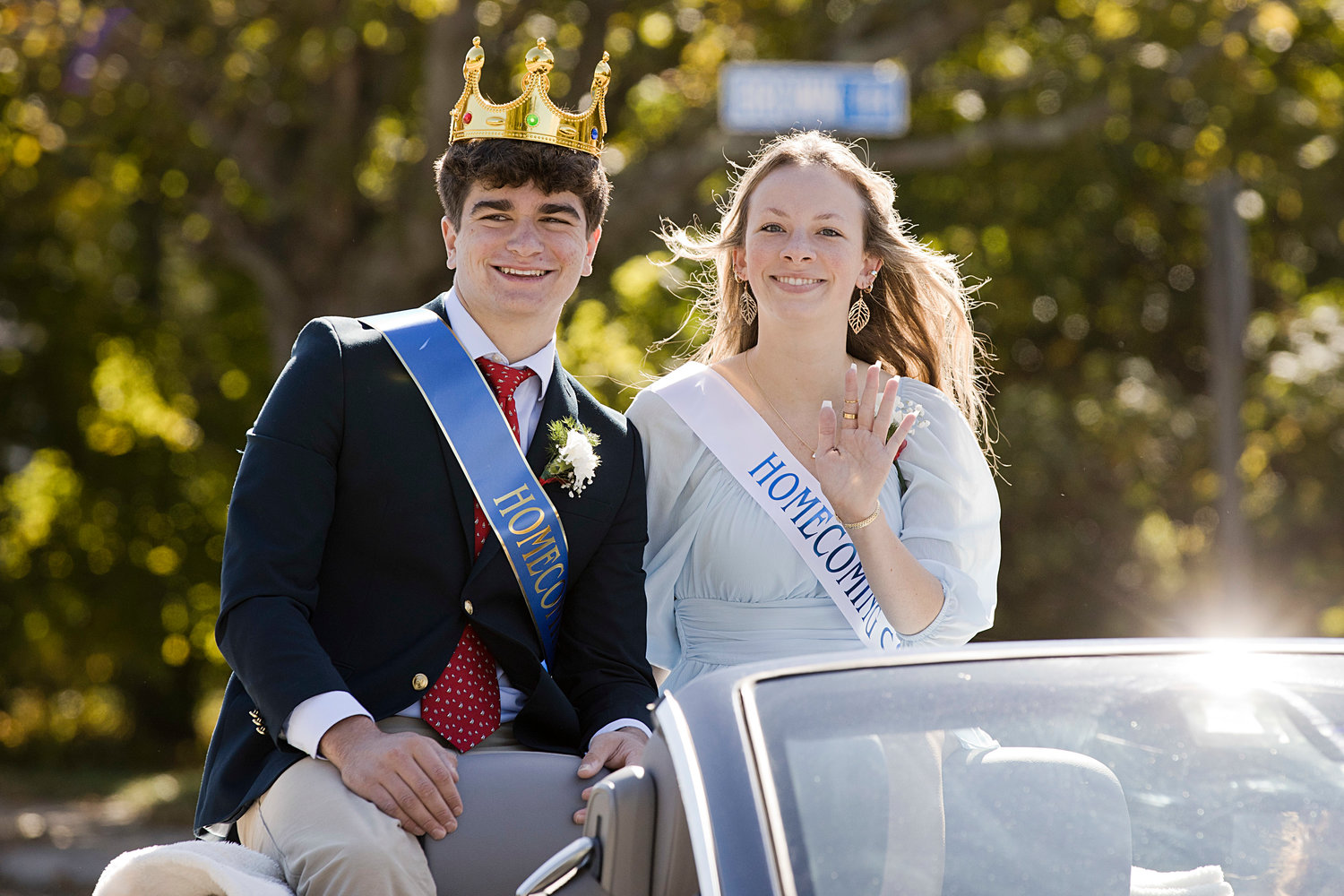 Luke Carlin is crowned as one of two Homecoming kings.
JULIE FURTADO 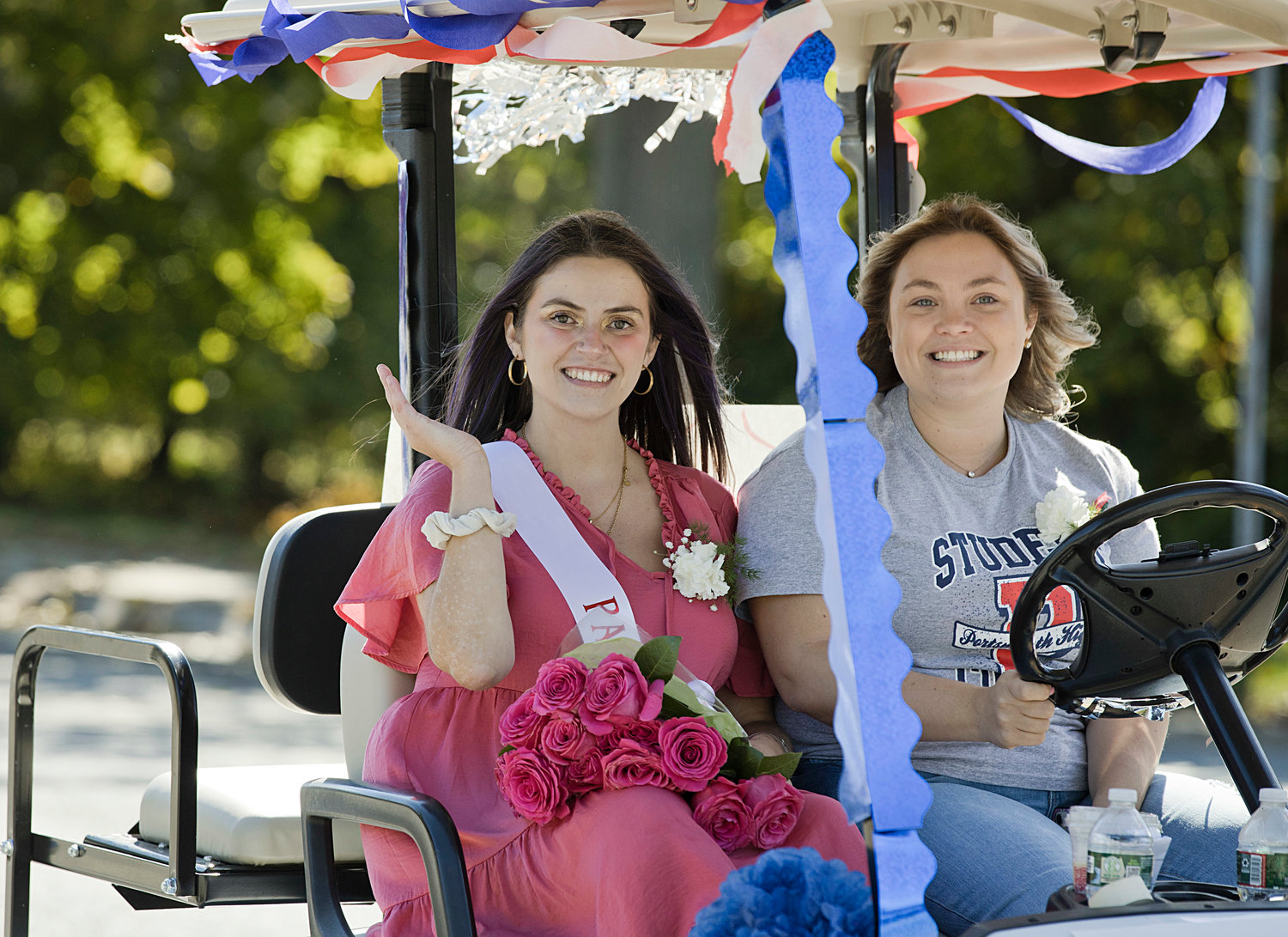 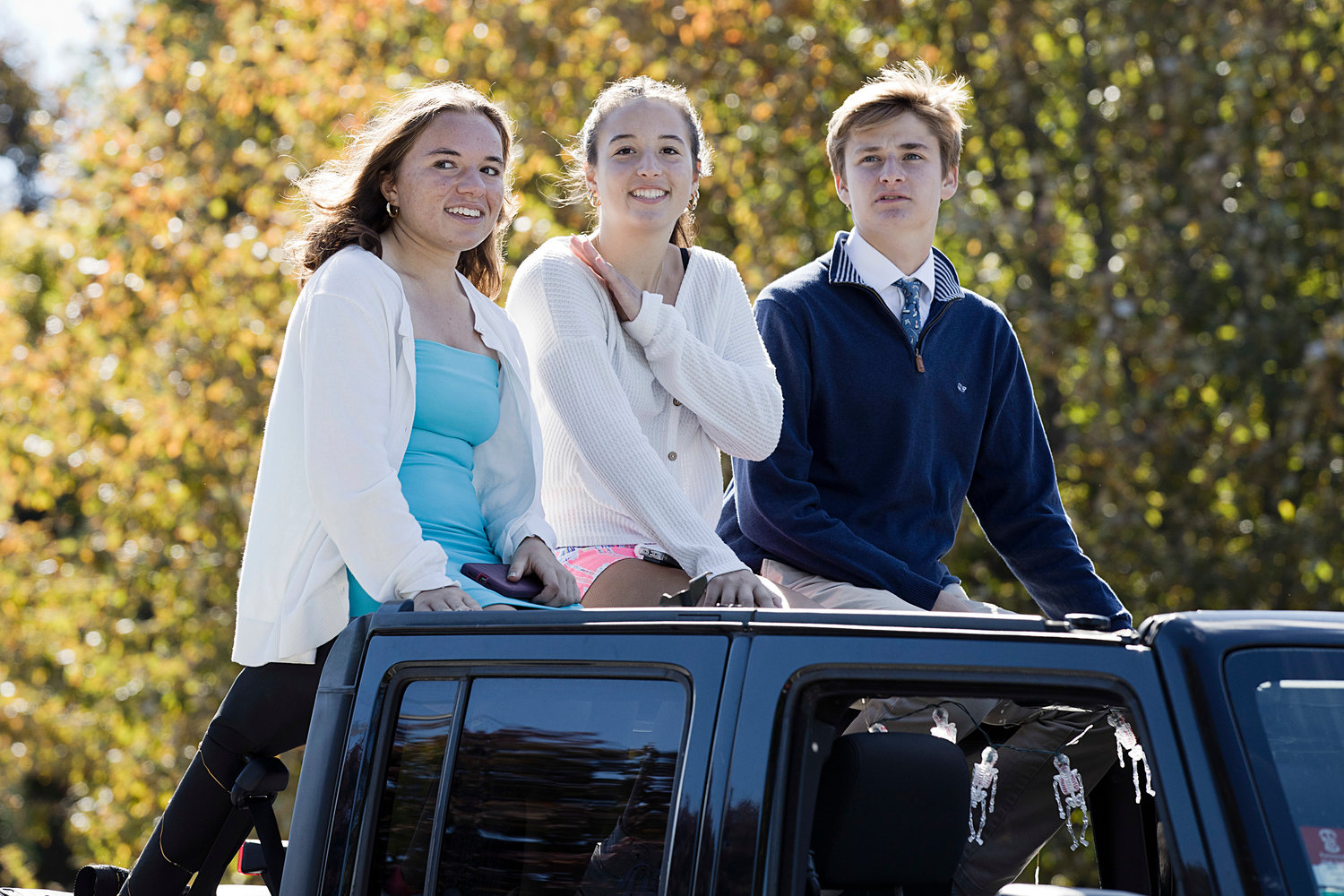 Members of the PHS junior class ride atop their “jocks”-themed float.
JULIE FURTADO 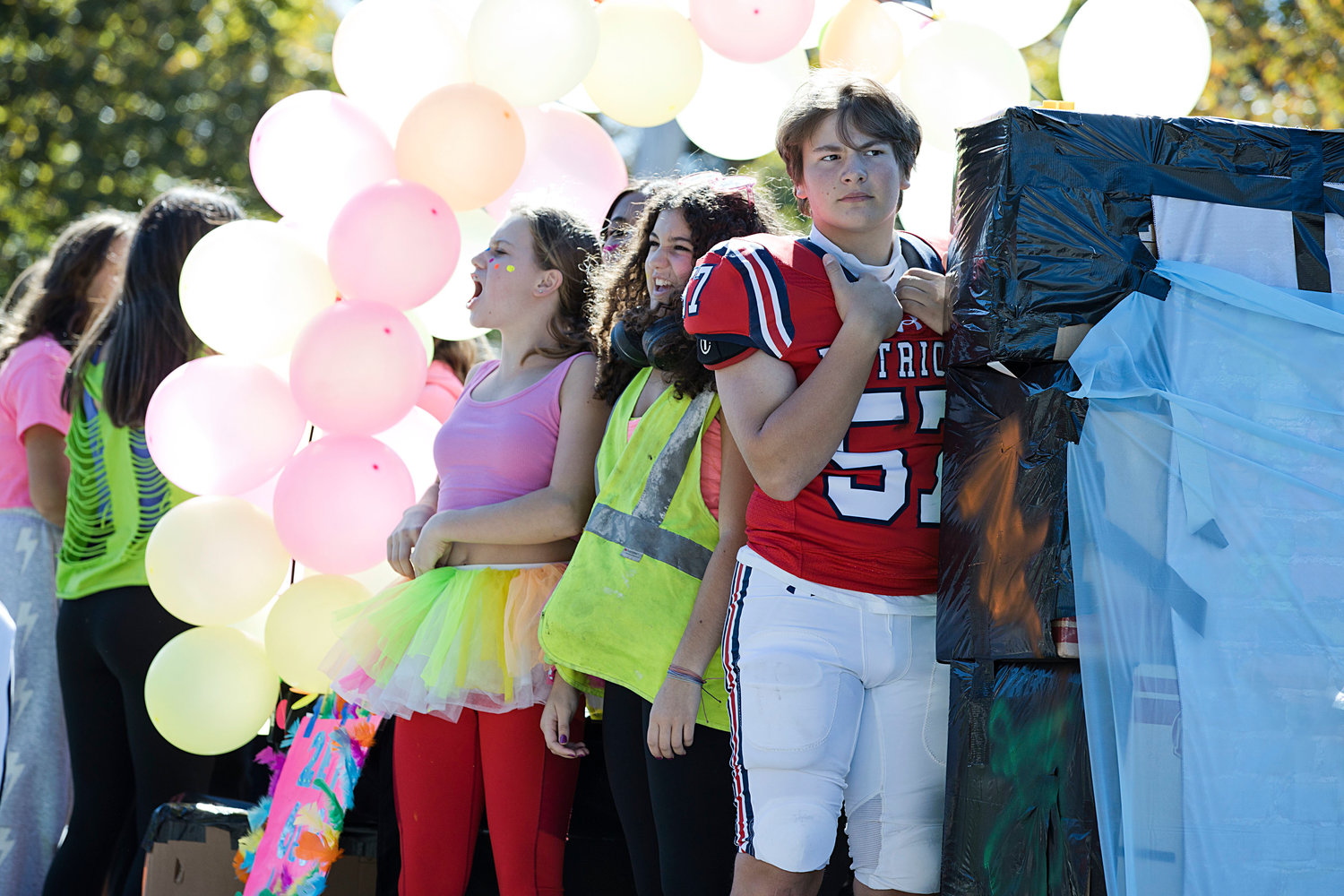 The "Fluorescent Freshmen" on their float.
JULIE FURTADO Dylan Brandariz and Ava Hackley, members of the Homecoming Court, wave to the crowd.
JULIE FURTADO Sophomore Dillion Fesmire waves to the crowd after performing as “Elvis” with the Portsmouth High School Marching Band on Saturday.
JULIE FURTADO Alexander Lopes, one of the officers for the sophomore class, smiles at parade-goers.
JULIE FURTADO
Previous Next
Posted Monday, October 10, 2022 10:31 pm

PORTSMOUTH — Students at Portsmouth High School spent one day in pajamas, another dressed as bikers or surfers, voted for “Senior Superlatives,” decorated the field house for Goofy Games, held a pep rally and a lot more during Spirit Week 2022.

The star of the show was Homecoming, of course, which was held Saturday with a parade, introduction of this year’s court, a football game against Shea and a halftime show by the PHS Marching Band.

This year, the Class of 2023 decided to forgo the traditional route by voting for two Homecoming kings — Nick Waycuilis and Luke Carlin. They were featured in the parade and introduced to the crowd at the game, along with other members of the court.