PORTSMOUTH — After nearly three decades of being managed by Katie and Don Wilkinson, the reigns of the town-owned Glen Manor House will be turned over to Russell Morin Catering & … 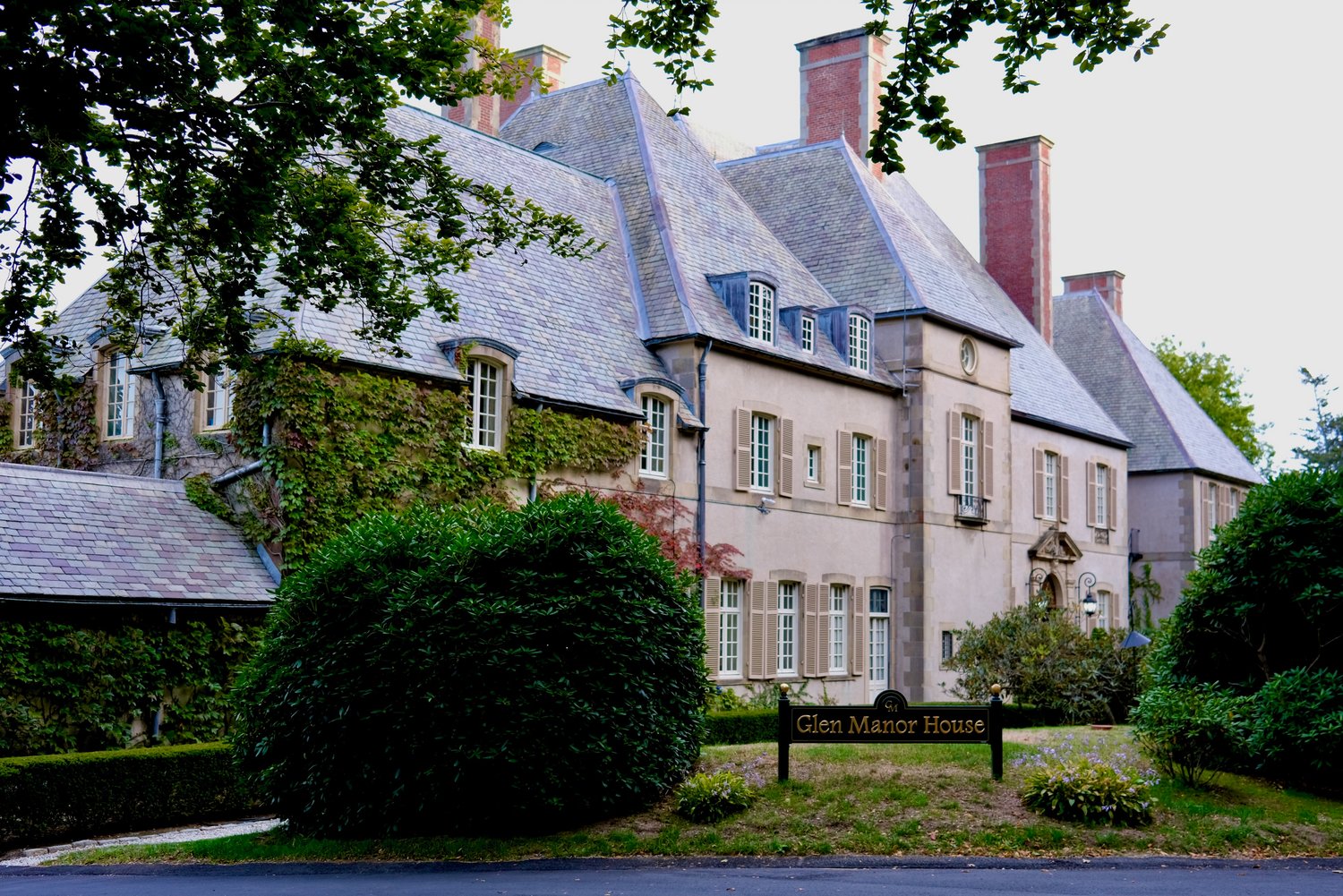 Russell Morin Catering & Events will be taking over management of the town-owned Glen Manor House on Jan. 1, 2023.
Jim McGaw
Posted Saturday, October 1, 2022 10:13 am
By Jim McGaw

PORTSMOUTH — After nearly three decades of being managed by Katie and Don Wilkinson, the reigns of the town-owned Glen Manor House will be turned over to Russell Morin Catering & Events on Jan. 1, 2023.

The Town Council on Sept. 26 voted unanimously to approve an exclusive catering and management agreement with Russell Morin. The five-year contract includes an option to extend the agreement for another five years, along with the ability to negotiate the annual terms.

Russell Morin manages several other exclusive event venues, including Cove Cabin and The Barn at Mt. Hope Farm, and Linden Place, all in Bristol; ’Vue in Newport; Providence Public Library; and Shining Tides in Mattapoisett, Mass.

“We’ve been working on this for the better part of two years now,” Town Administrator Richard Rainer, Jr. told the council.

The Wilkinsons, the current live-in managers, are planning on retiring on Dec. 31, the end date of their contract, Rainer said. The contract was negotiated between Russell Morin and a working group consisting of Rainer’s staff, the town solicitor, hired legal counsel, the chair of the Glen Manor House Authority (GMHA), and the Wilkinsons.

The contract calls for Russell Morin to pay the town an annual exclusivity fee of $180,000 to be paid in equal monthly installments of $15,000.

In addition, Russell Morin will contribute $30,000 annually to a Glen Manor Capital Fund, to be incorporated as part of the town’s Capital Improvement Plan. The fund will be used for capital improvements intended to increase the venue’s desirability for weddings, benefits, parties, galas and other events.

The contract also calls for Russell Morin to pay the town an annual commission on the gross sales of food and beverages as follows:

Russell Morin must also hire, at the company’s expense, a caretaker to oversee operations, maintenance, upkeep, security and cleanliness of the property.

In addition, Russell Morin must hold comprehensive liability insurance, and pay for all utilities and services including water, wastewater, fuel, gas electricity, cable, internet, telephone, and solid waste disposal. The company must also provide the town with financial statements on a quarterly basis.

Russell Morin, as detailed in the agreement, will continue to support the following annual community events at the Glen Manor House, and work with the town to develop potential new events:

• Police awards and banquets (to be determined)

• Friends’ annual social (to be determined)

As for public access, the agreement calls for the grounds of the venue be open to the public Monday through Thursday from sunrise to sunset, and closed on Fridays, Saturdays and Sundays (unless no events are scheduled). Access between Elmhurst Park and the waterfront dock area will be allowed “so long as it does not unreasonable interfere” with events, according to the agreement.

For complete details of the agreement, go here.

The council also voted unanimously, on Rainer’s recommendation, to dissolve the GMHA, which operated in an advisory capacity to the council regarding the operation of the Glen Manor House.

The GMHA will no longer be required, Rainer said, because its duties and responsibilities as defined in its bylaws are addressed in detail in the contract between the town and Russell Morin. Rainer said any voting members of the GMHA may continue their involvement and interest in the Glen Manor House through the nonprofit Friends of the Glen Manor House, a nonprofit with similar goals.

After the vote Karen Menezes, who chaired the GMHA, thanked Rainer and the council, as well as other members of the Authority who have “worked diligently for years to keep this building.”

Most of all, Menezes said, she wanted to thank the Wilkinsons “who have, for 30 years, taken care of this place.”

Council Vice President Linda Ujifusa agreed. “I would be remiss not to thank Katie and Don Wilkinson for their unbelievable service over the years,” she said.