‘Every surface in here is either new or restored,’ rector says of 175-year-old chapel

PORTSMOUTH — It had been a while since The Rev. Jennifer Pedrick gazed down from the pulpit at St. Mary’s Episcopal Church and seen so many parishioners looking back at …

‘Every surface in here is either new or restored,’ rector says of 175-year-old chapel 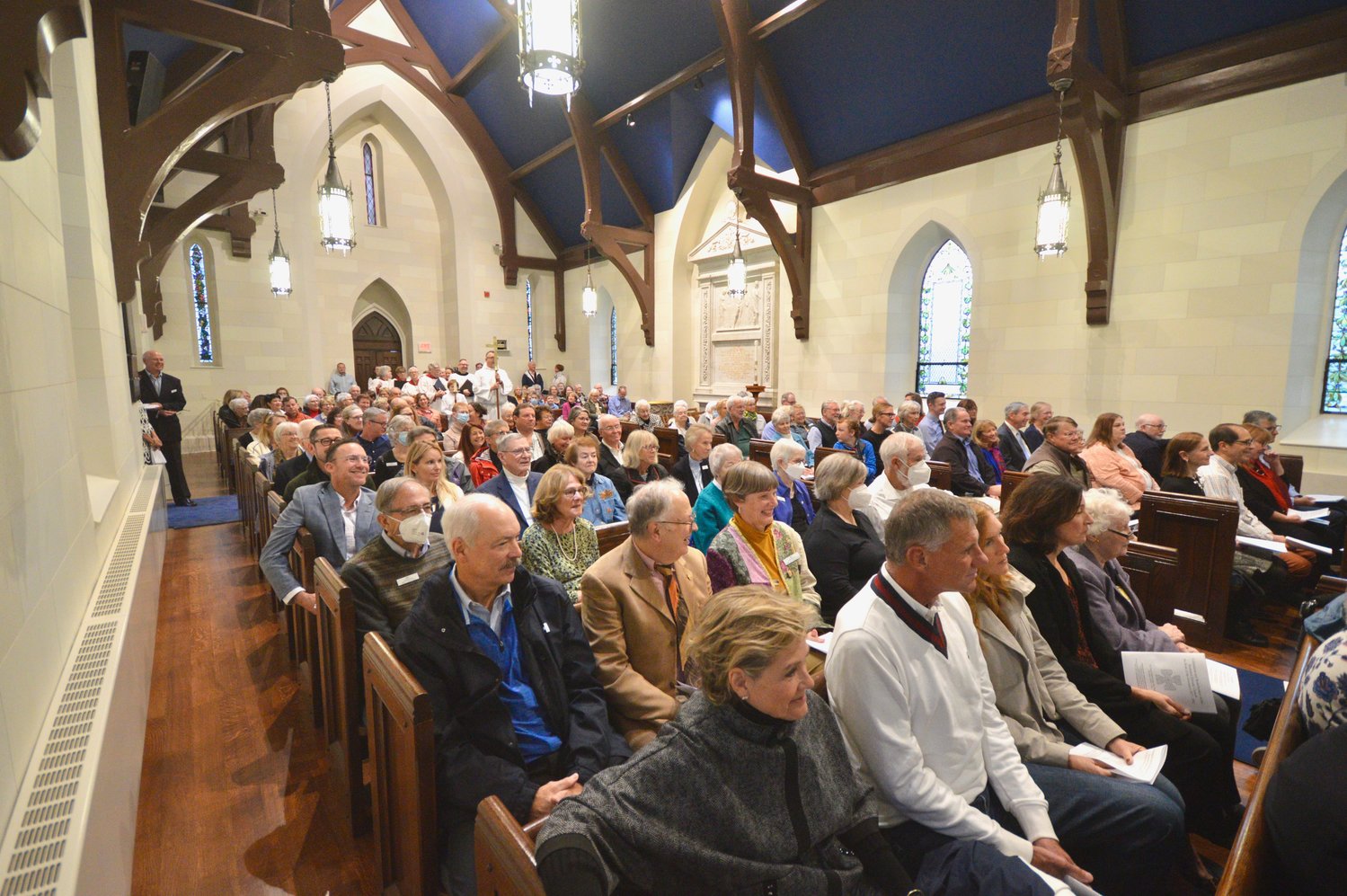 A full house of about 165 parishioners came out Nov. 13 to celebrate the newly restored historic chapel at St. Mary’s Episcopal Church.
JIM MCGAW 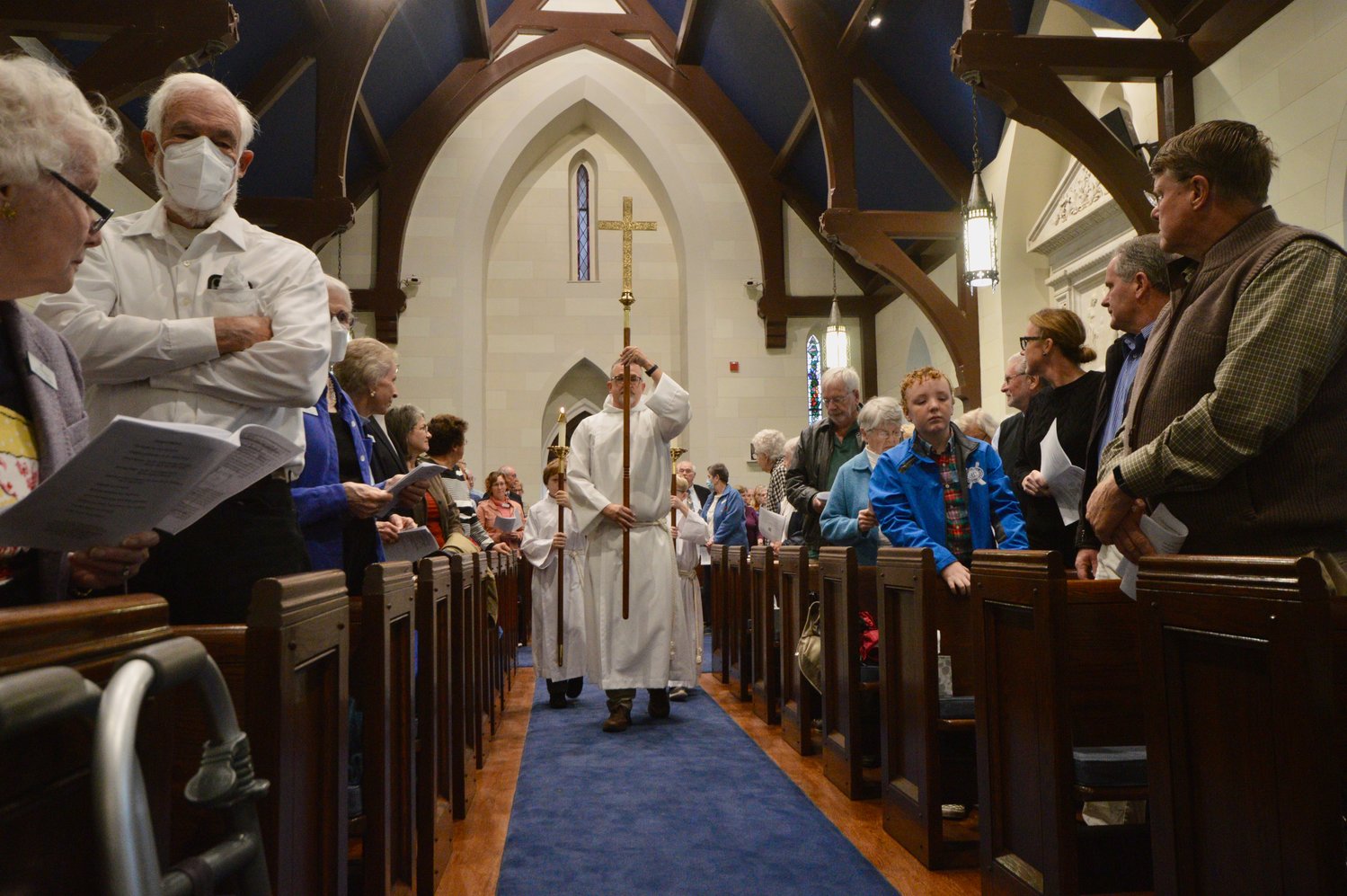 Paul Westrom, who led the first two phases of the renovation project at St. Mary’s Episcopal Church, leads a group of children to the front of the church at the start of the Nov. 13 service, which celebrated the historic chapel’s restoration.
JIM MCGAW 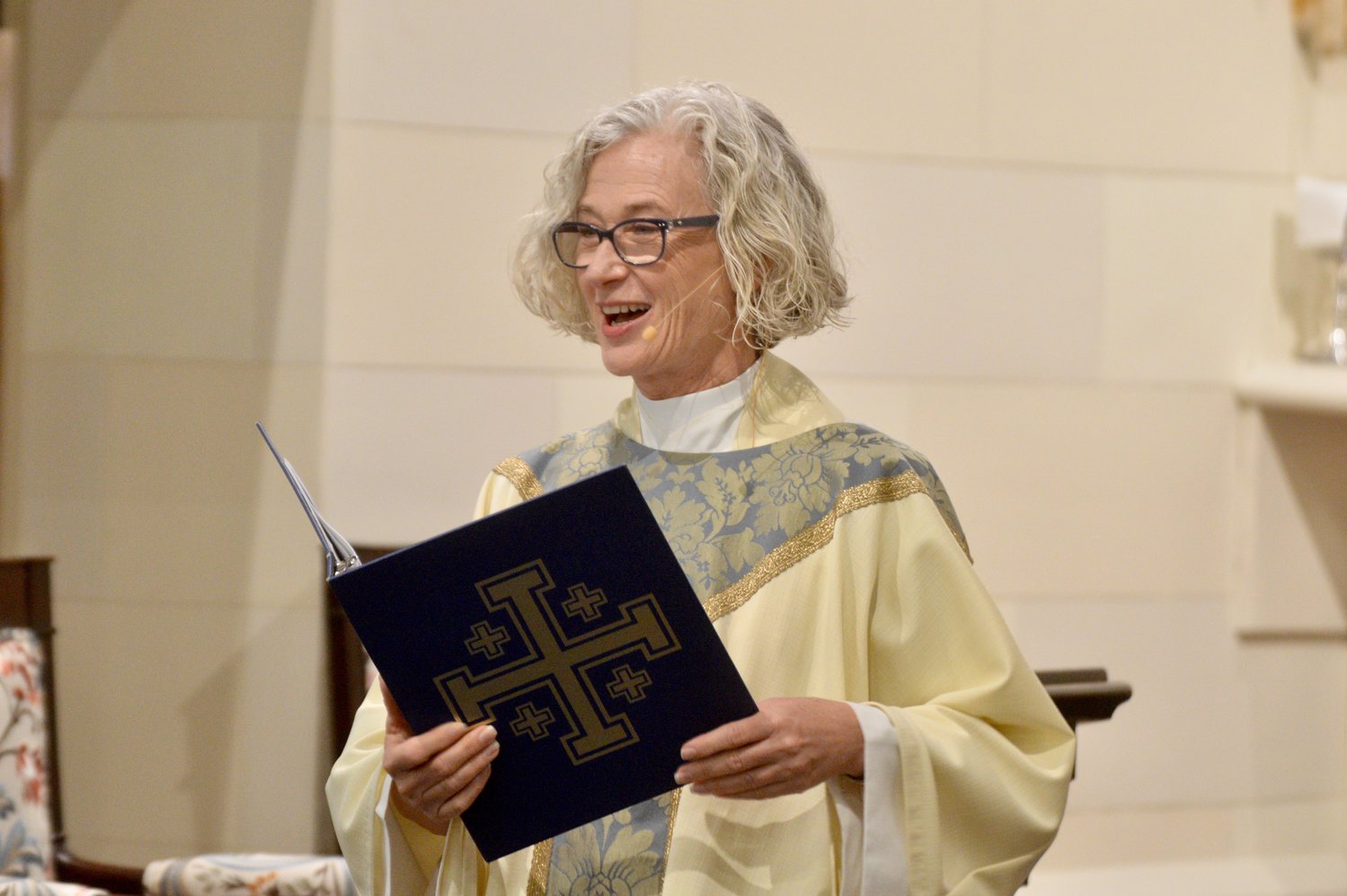 The Rev. Jennifer Pedrick, rector of St. Mary’s Episcopal Church, welcomes a full house of parishioners to the Nov. 13 morning service. “This beautiful house of prayer is a place to nourish and strengthen the living stone,” she said.
JIM MCGAW 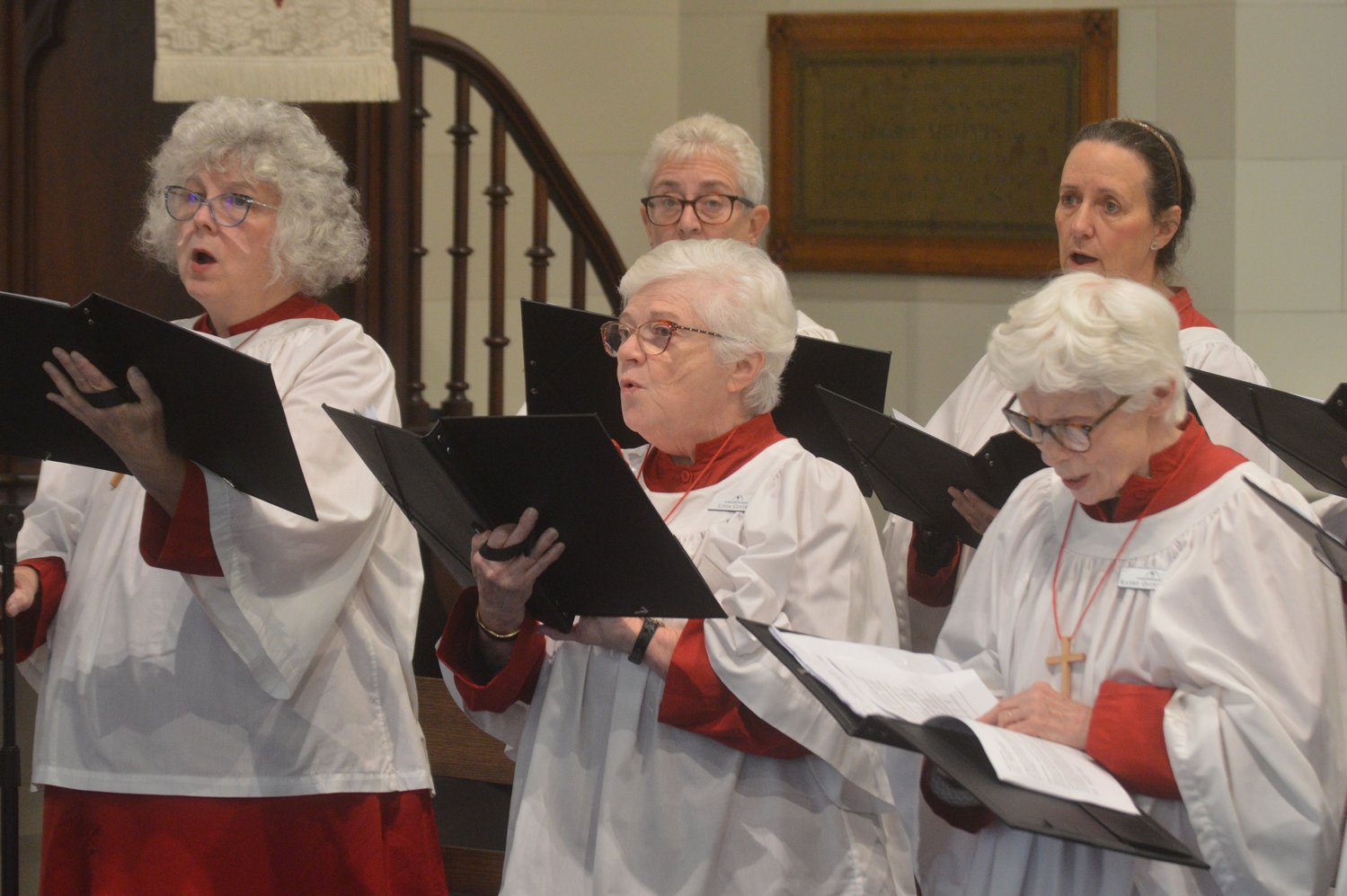 Members of the choir sing a hymn during the service at St. Mary’s.
JIM MCGAW 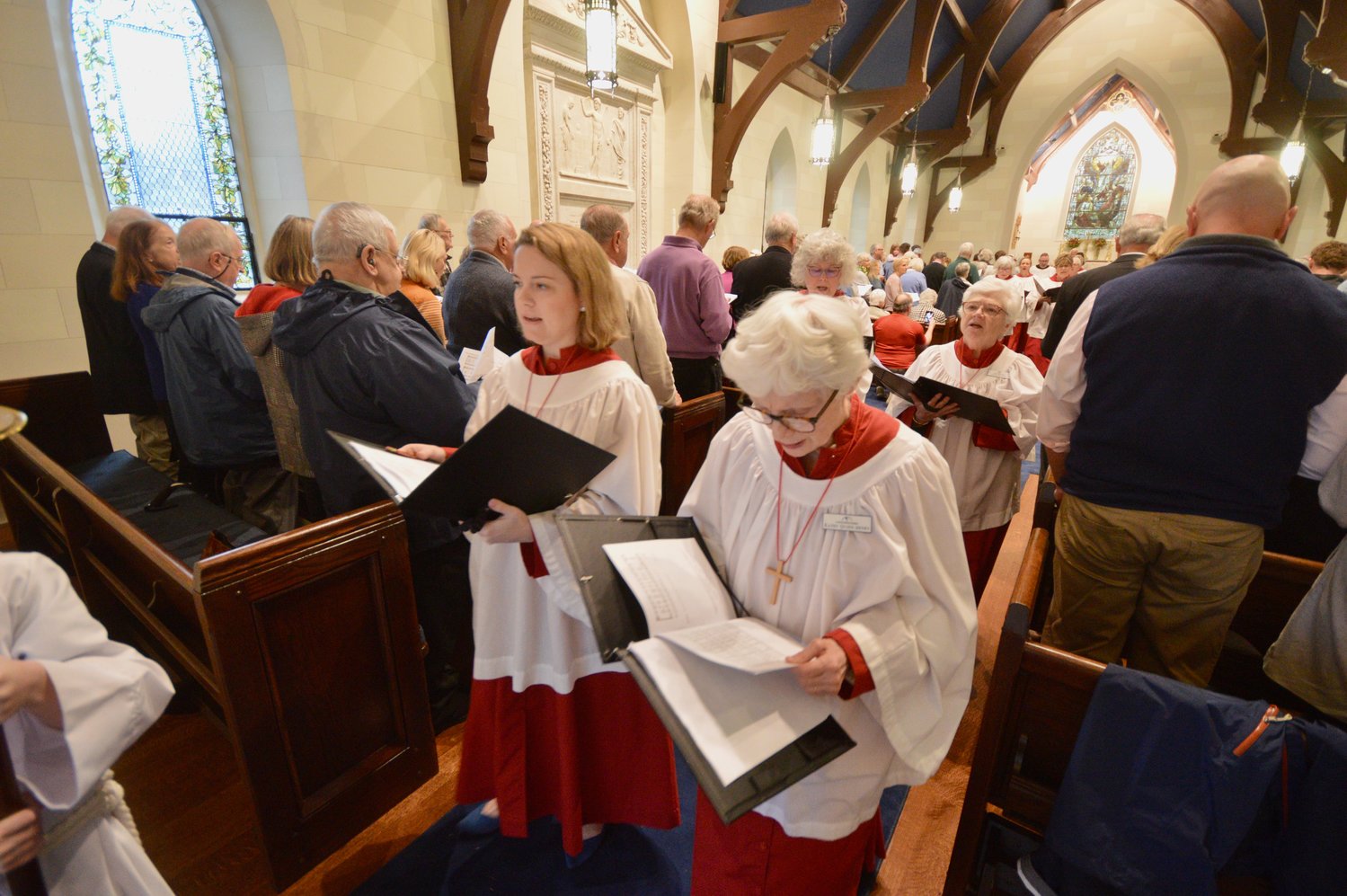 Members of the choir walk to the back of the church at the conclusion of worship.
JIM MCGAW 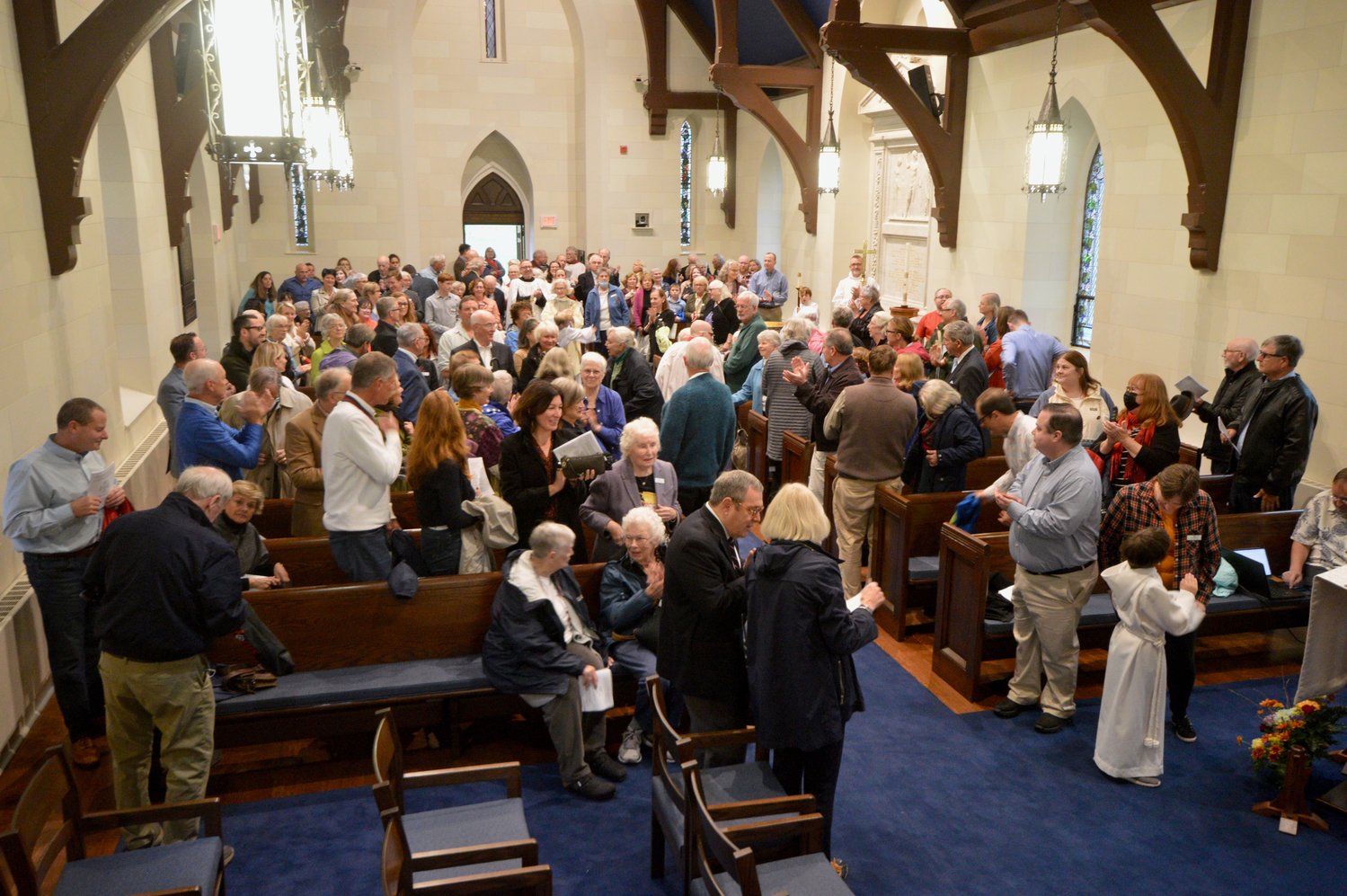 Parishioners who came out to the Nov. 13 service gather their things before learning the church.
JIM MCGAW 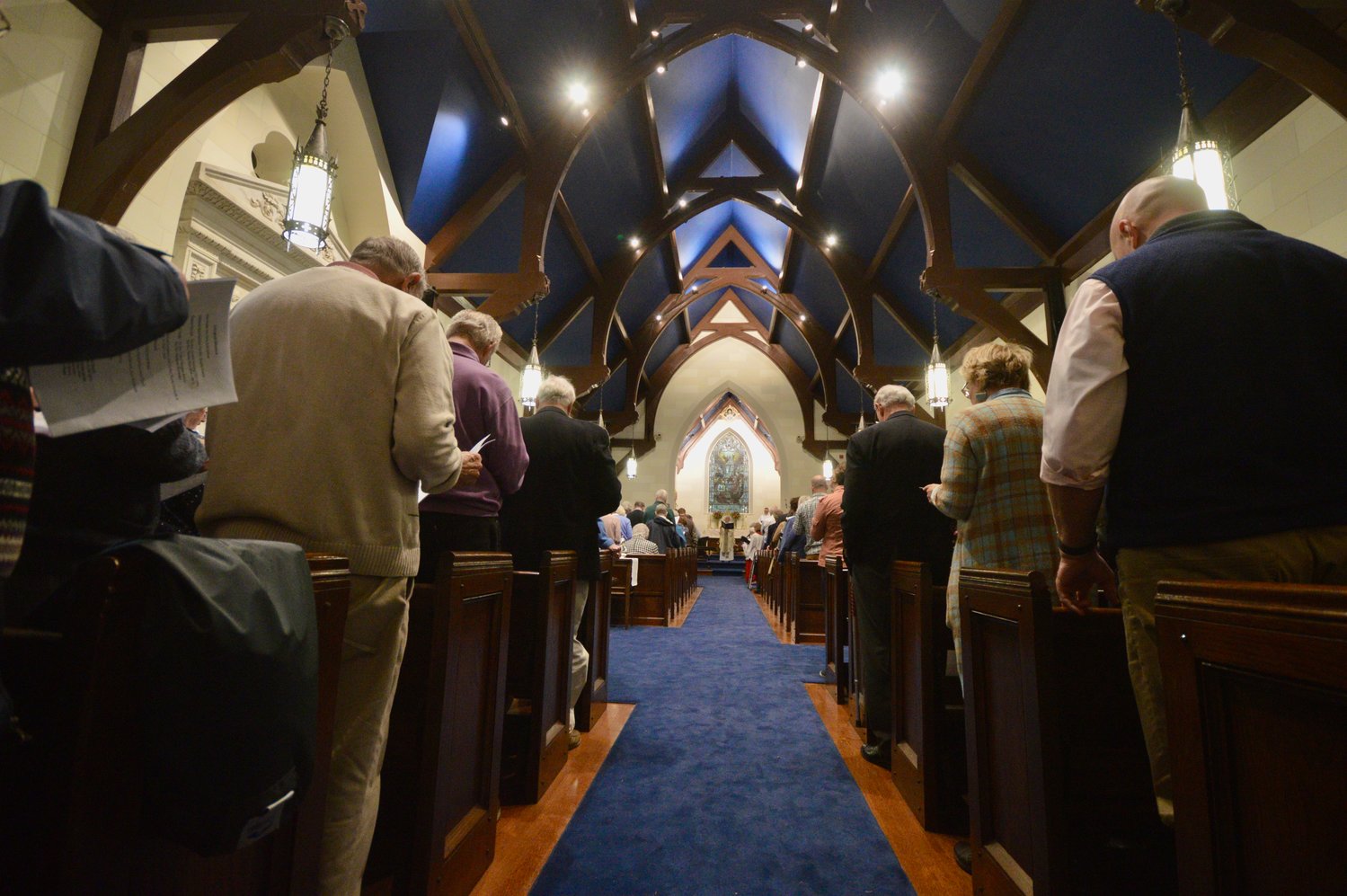 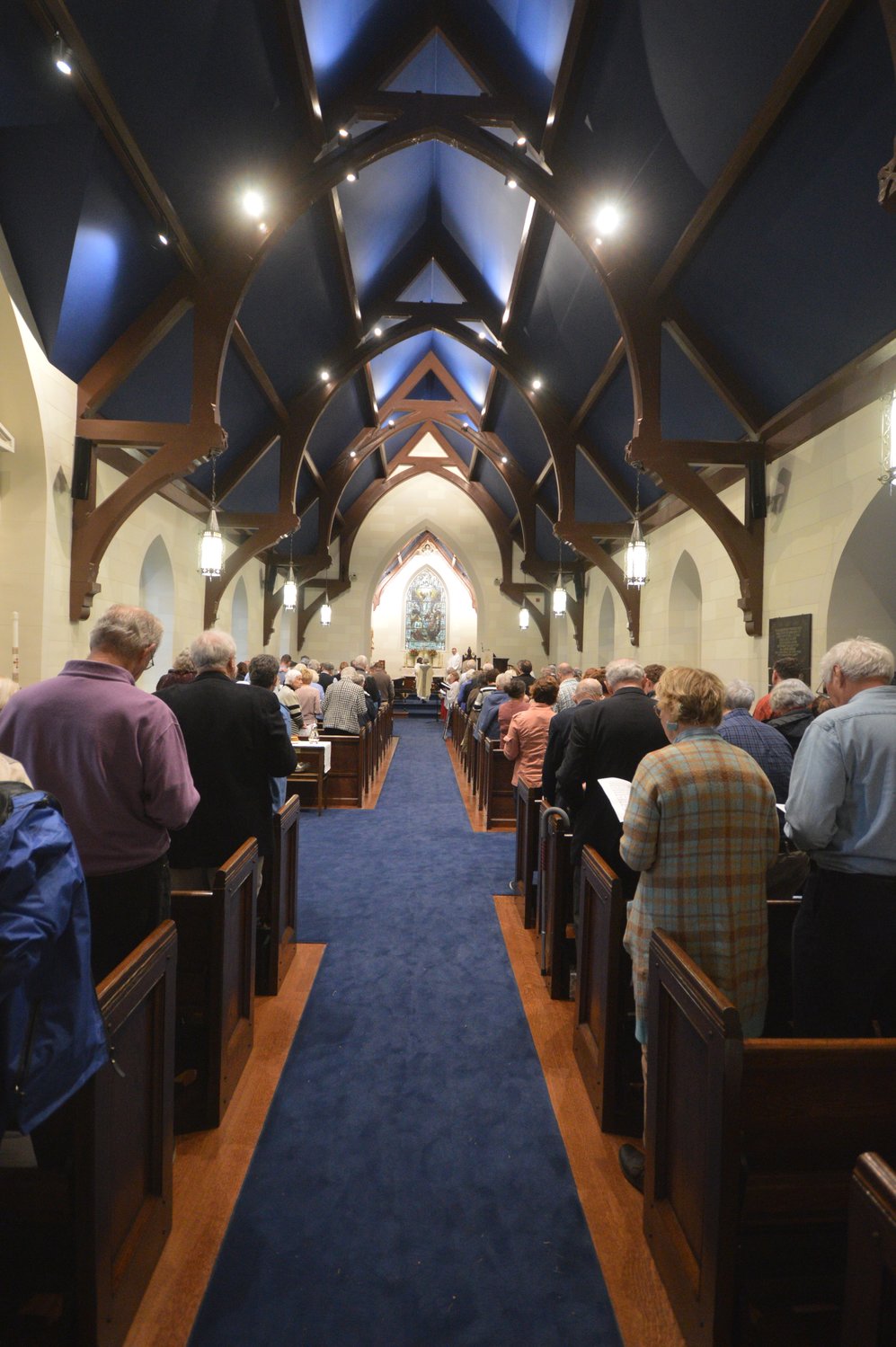 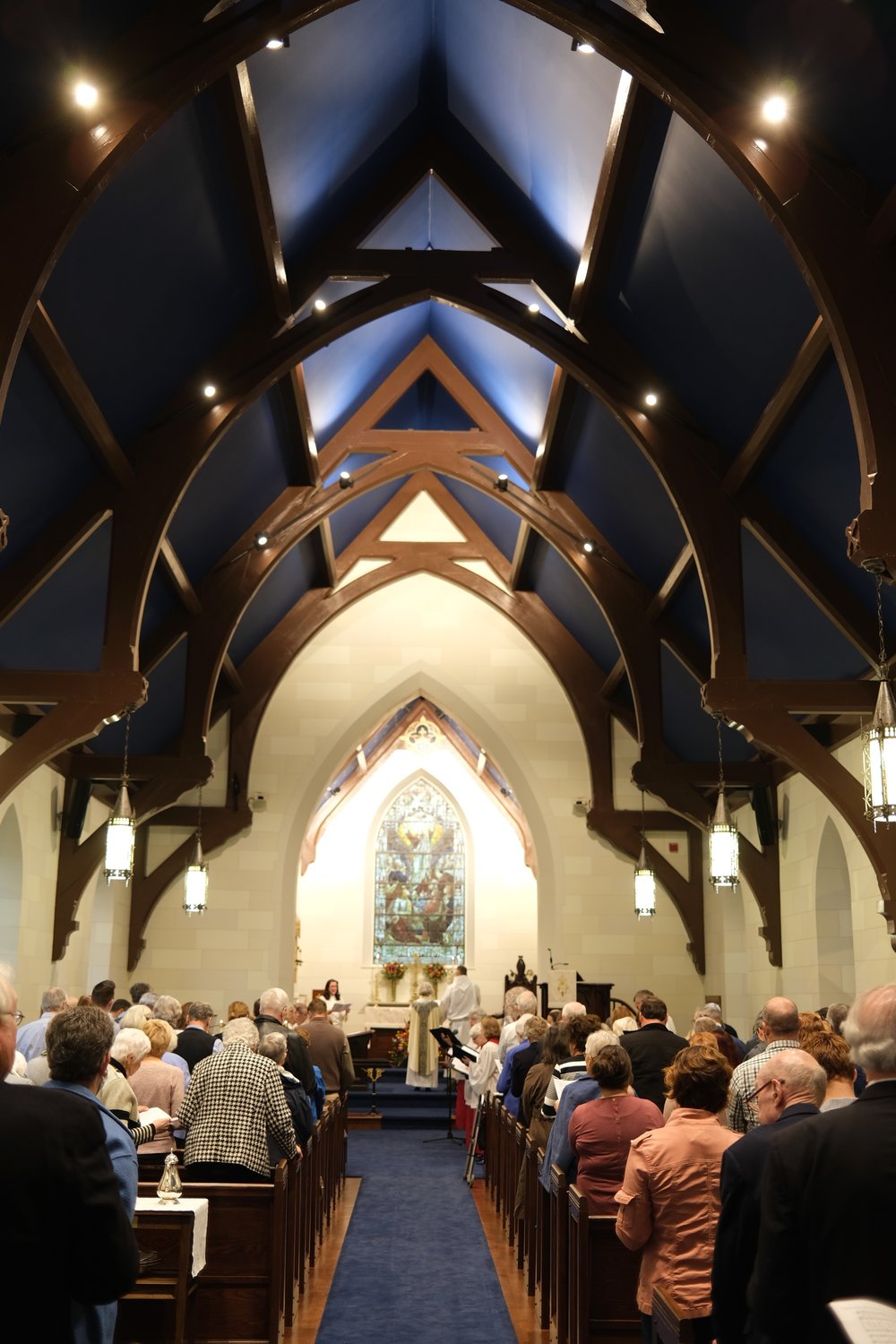 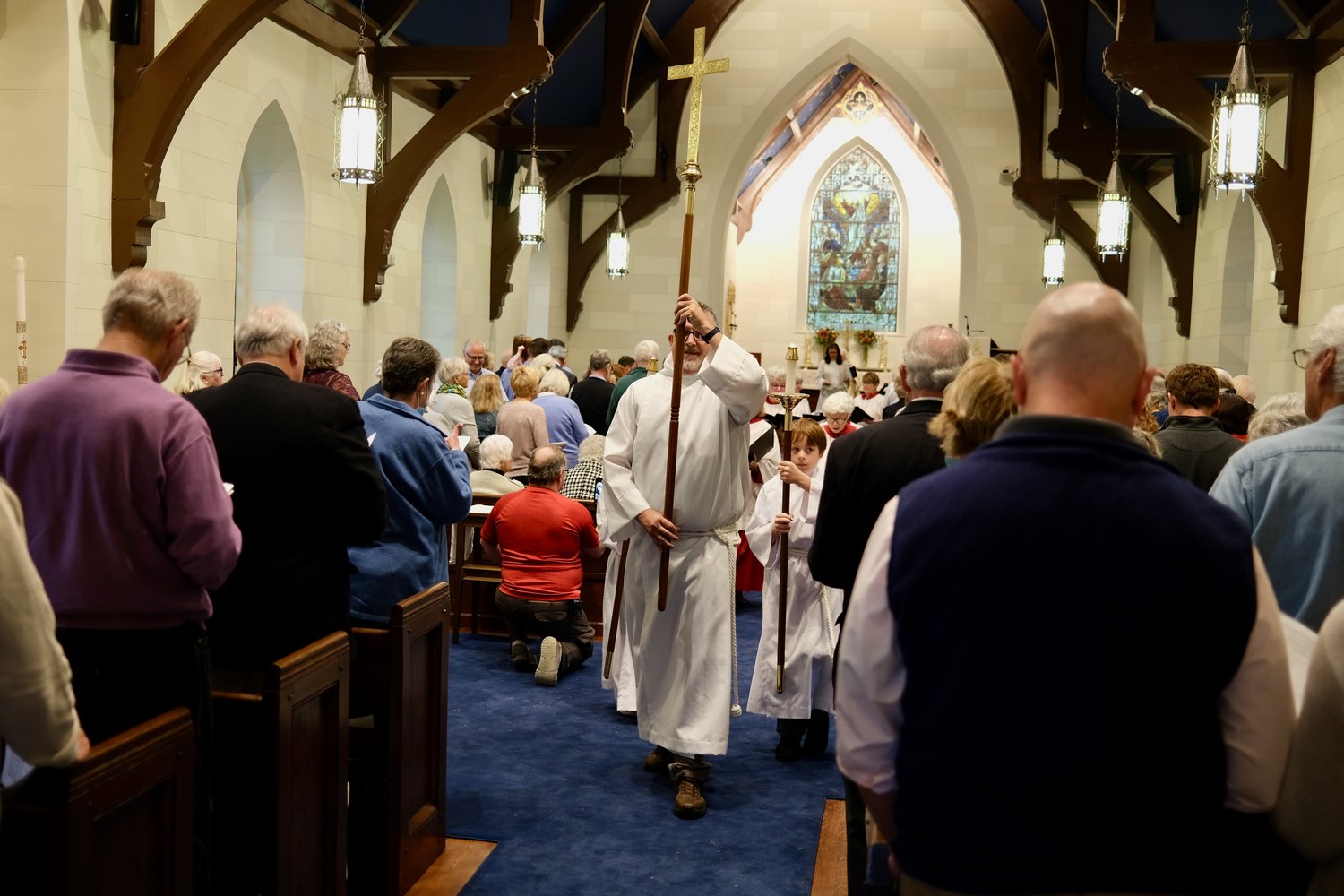 Paul Westrom leads a group of children to the back of the church at the end of the service.
JIM MCGAW 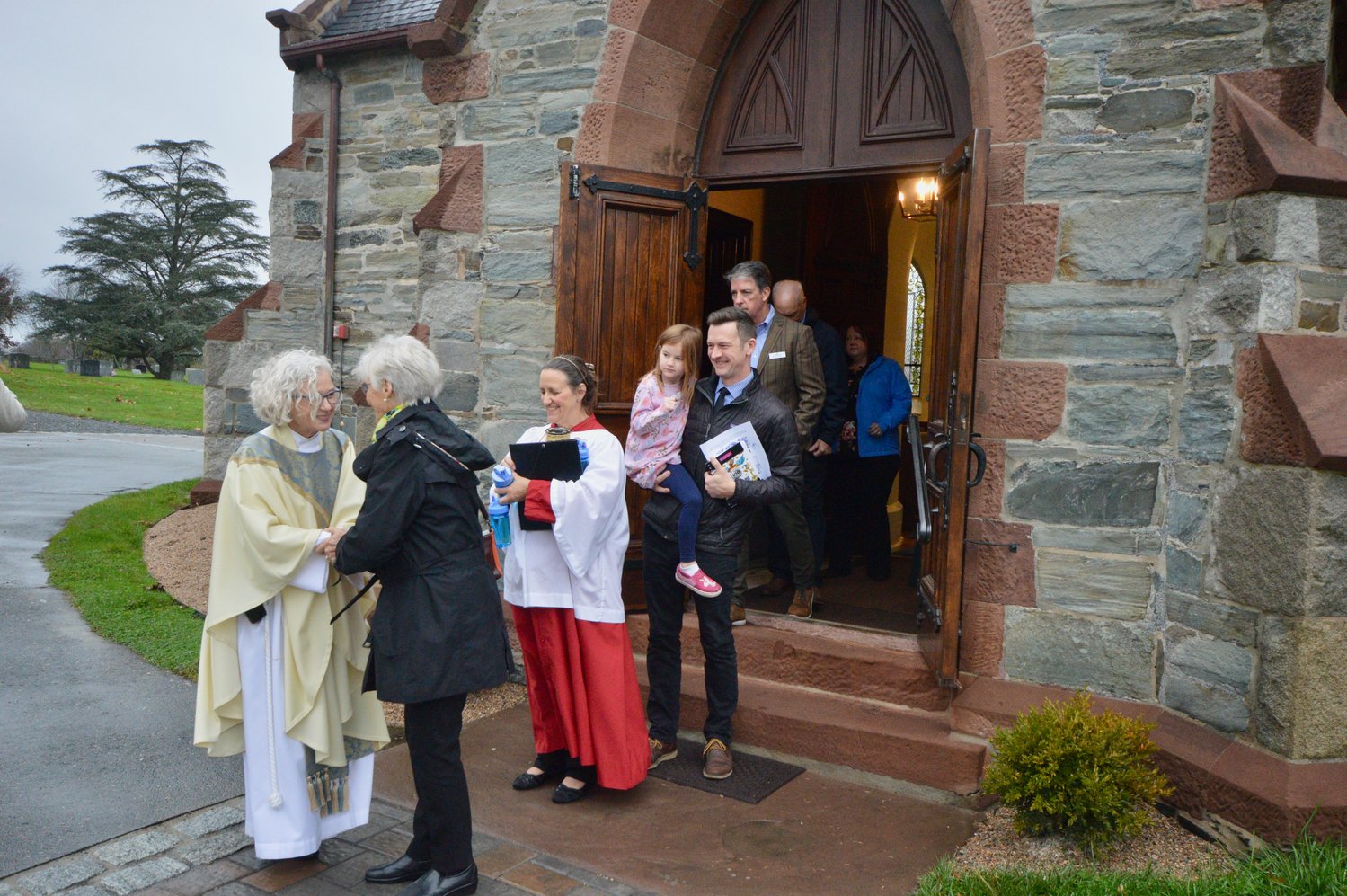 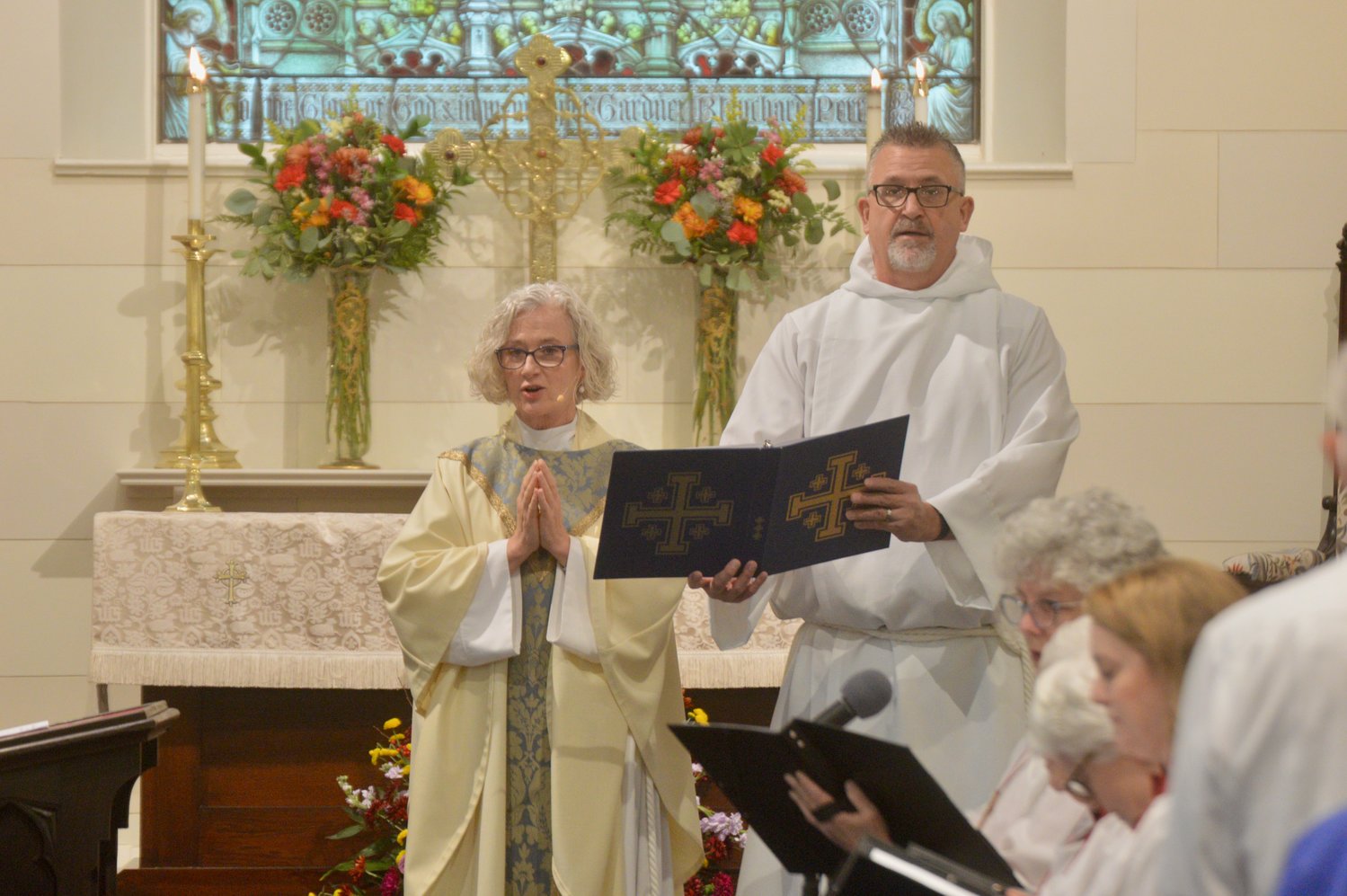 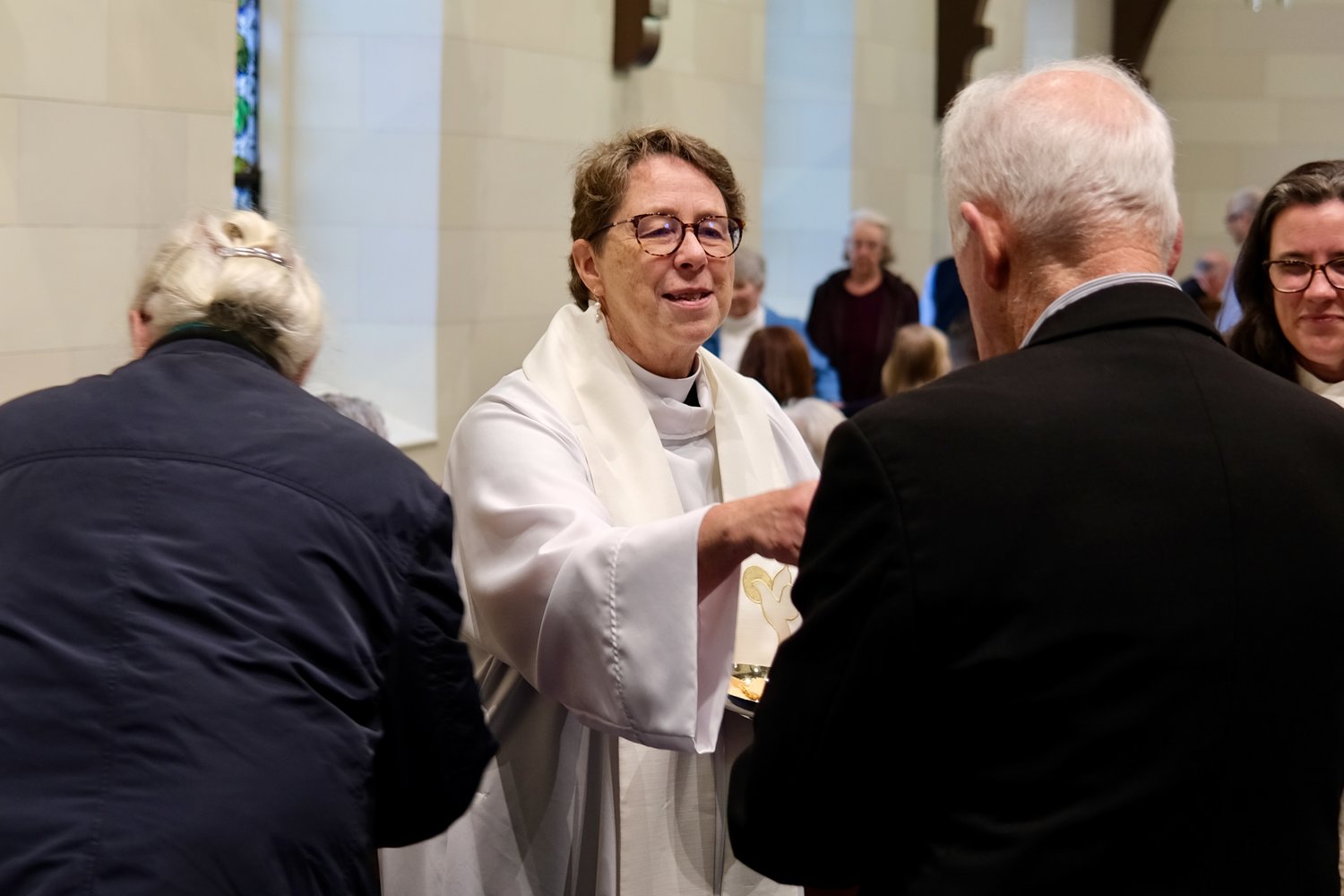 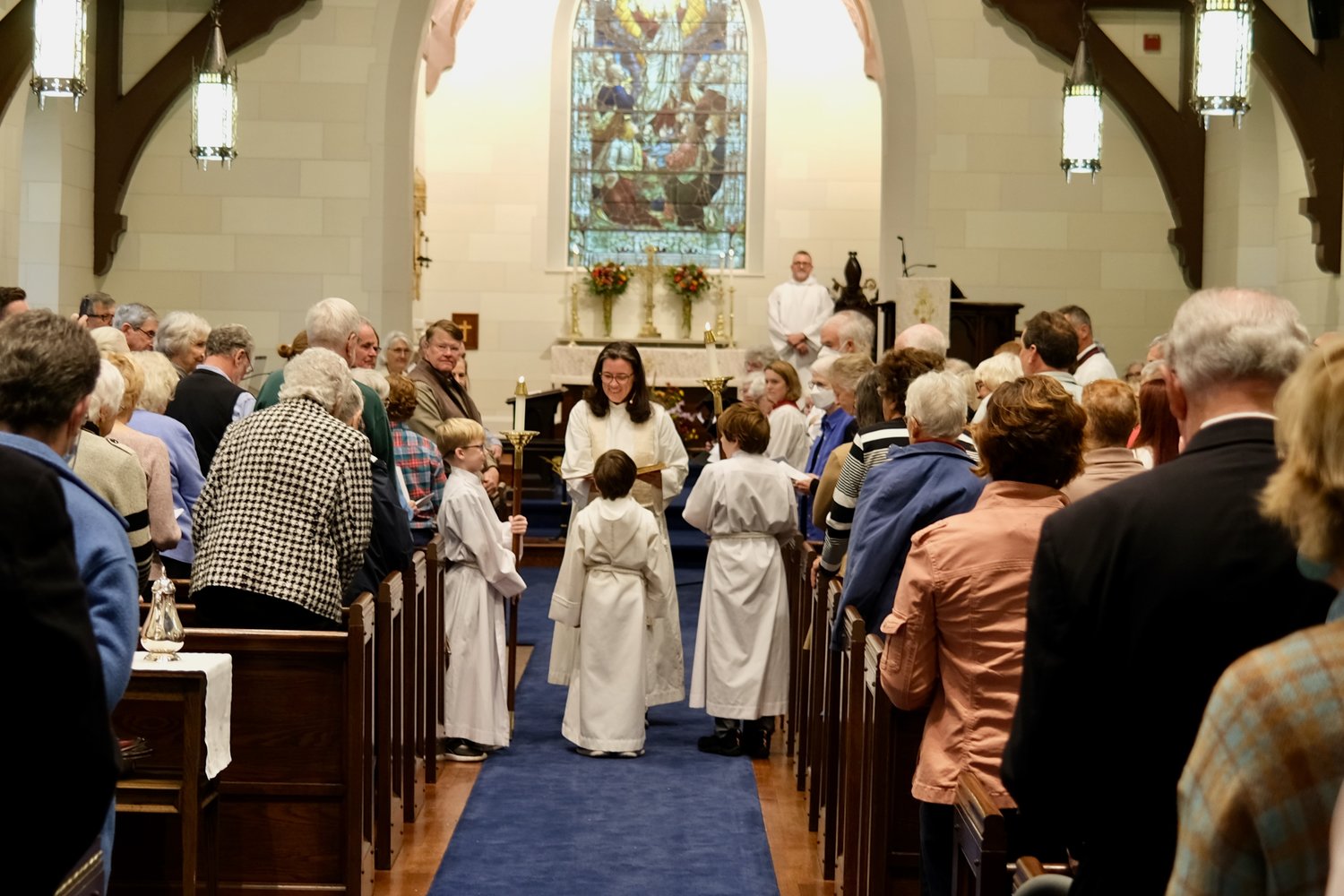 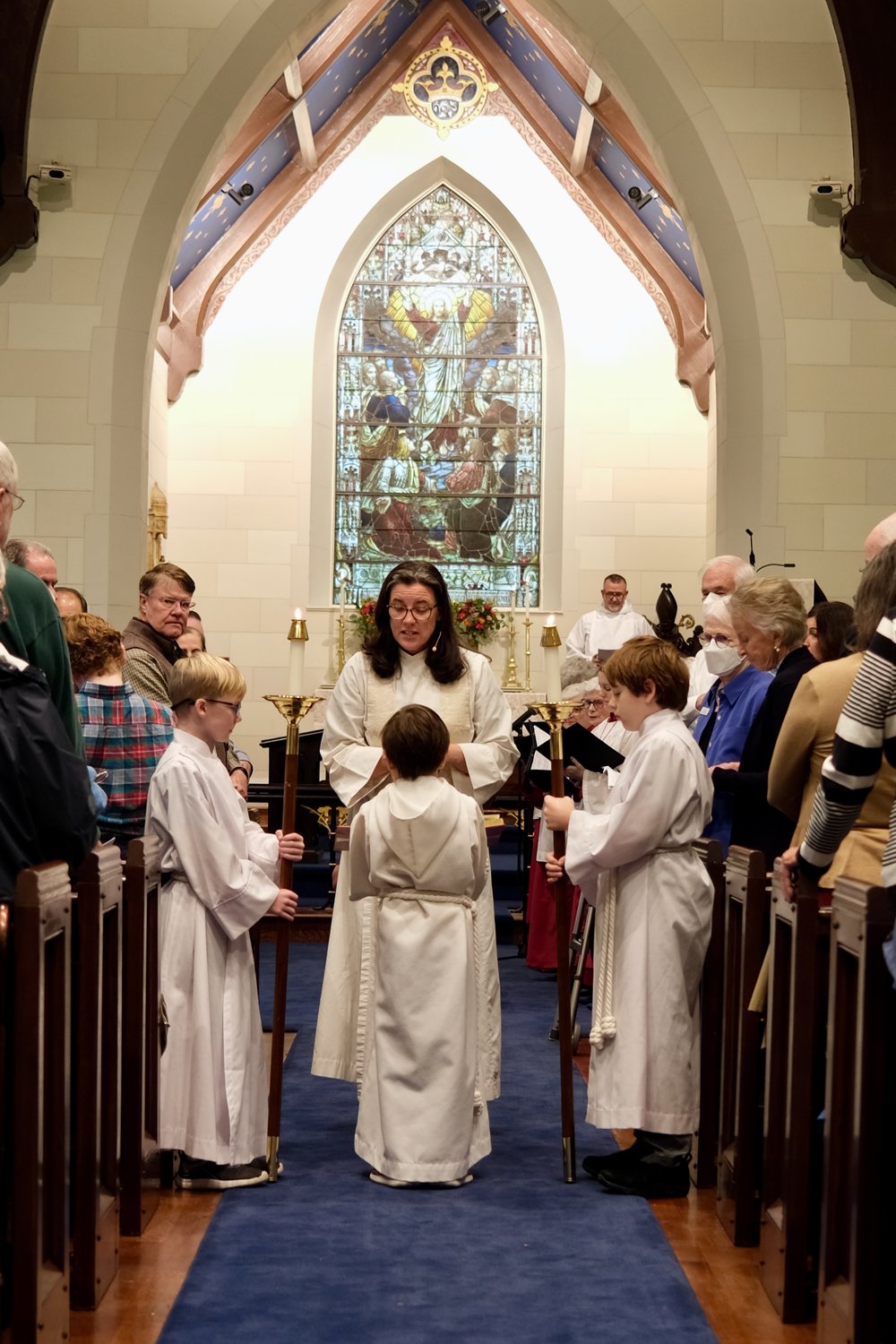 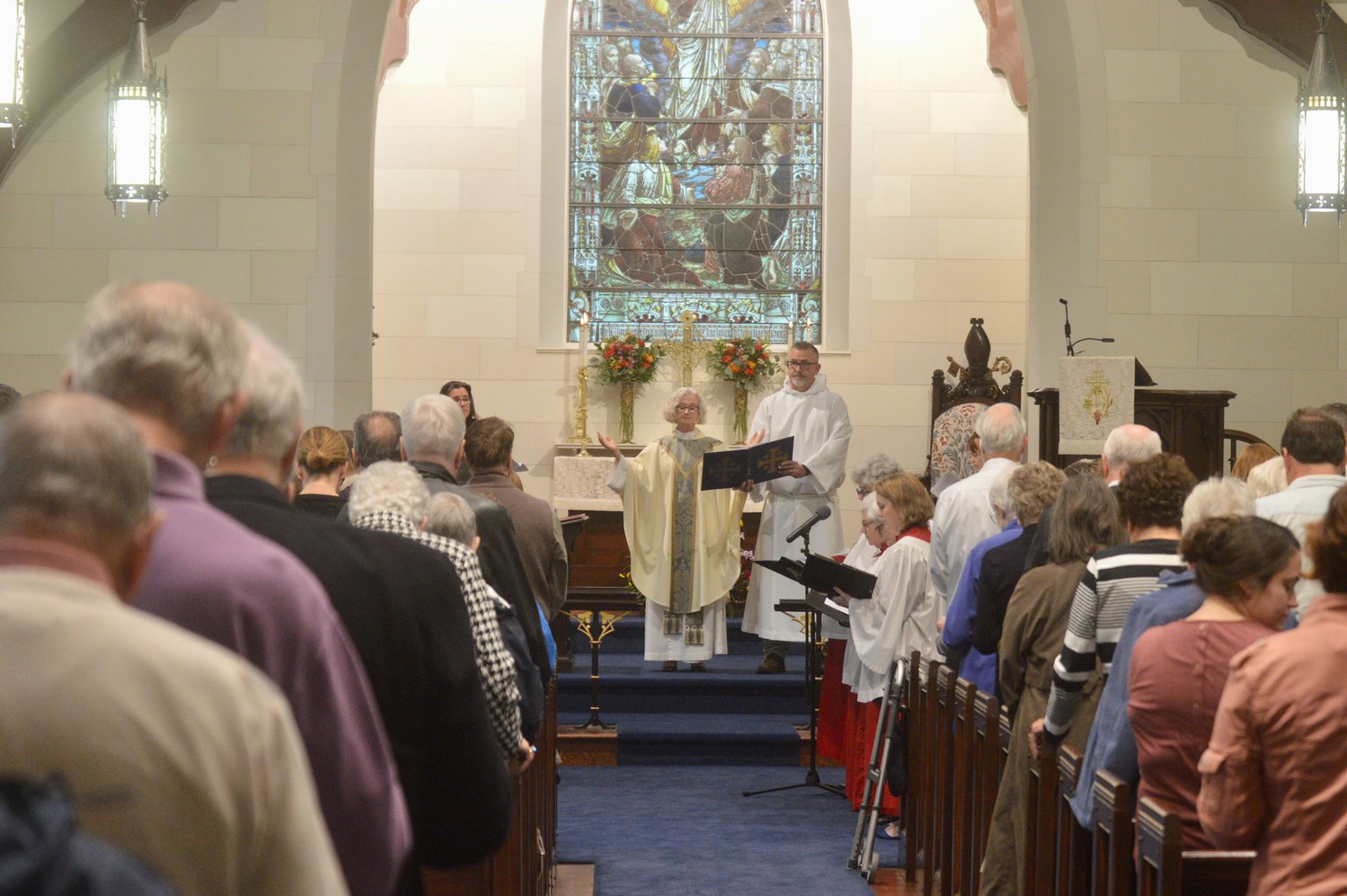 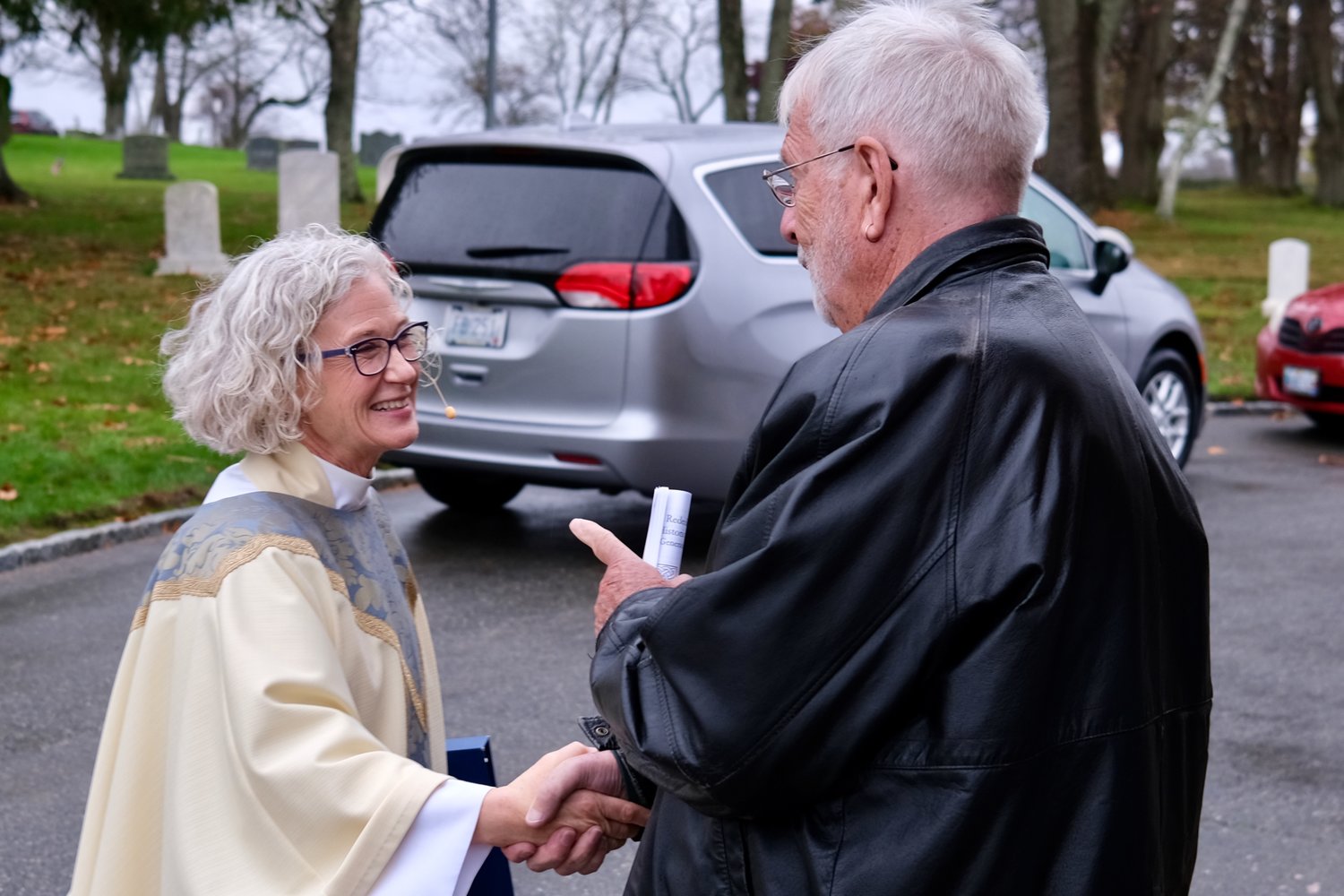 St. Mary’s Episcopal Church will be considered early next month by the Rhode Island Review Board for nomination to the National Register of Historic Places.

The Rhode Island Review Board meeting will take place at 9:30 a.m. on Monday, Dec. 5, at a location to be determined. If you are interested in attending the meeting, contact joanna.doherty@preservation.ri.gov for more information.

PORTSMOUTH — It had been a while since The Rev. Jennifer Pedrick gazed down from the pulpit at St. Mary’s Episcopal Church and seen so many parishioners looking back at her.

After more than four years of major renovations to the 175-year-old chapel, which meant moving services to the adjacent parish house or even outdoors (and online) during the pandemic, a full house of 165 worshipers returned to the original church to celebrate its rebirth on Sunday, Nov. 13.

At each step of the five-year project, which will cost anywhere from $1.5 to $1.7 million, the church community raised money or sought grants in order to spare its endowment, Pedrick said. (“Except for the organ, which we had an endowment just to do that,” she said.)

It all started more than four years ago, when church leaders were confronted with the fact that the chapel needed some serious work.

“There came a time when we tested for mold, and we had to close the church and realized this was the moment that we just needed to do the whole project,” said Pedrick, St. Mary’s rector.

Paul Westrom, a church warden, led the first two phases of the project.

“Paul didn’t do the most exciting part, but the most important part, which was to make it watertight and to clean the mold and rip out the basement,” Pedrick said. A new heating system was also installed, as was a commercial-strength dehumidifier.

In Phase II, the slate roof, brownstone capstones and brownstone crosses were replaced, and new gutters and downspouts were installed.

“We finished that just before the pandemic,” she said.

Phase III involved the important work of restoring the historic church’s interior, but Westrom, who assisted Pedrick during the Nov. 13 service, had decided he needed to step back from the project while maintaining his church duties.

“Then I really believe God sent us Ron Machtley, who has built like 500,000 square feet of new or restored buildings at Bryant,” said Pedrick.

The partnership with Machtley, who represented Rhode Island as a member of the U.S. House of Representatives from 1989 to 1995 before serving as president of Bryan University from 1996 to 2020, was pure happenstance.

“I met Ron’s wife, Katie, when I took my mom for a vaccine, and she asked what the church was up to. I said, ‘We’re outside,’” Pedrick recalled, referring to the outdoor services that St. Mary’s started up after COVID-19 hit the area. “They came a few weeks later and they’ve been here ever since.”

Machtley agreed to help with the remainder of the project and presented a budget. “We’ve communicated really well and the community has been very supportive,” Pedrick said. “Every surface in here is either new or restored.”

Machtley attended the Nov. 13 service along with other members of the restoration team, including representatives from the general contractor, E.W. Burman.

“Today we’re dedicating this house of prayer,” Pedrick told the congregation from the raised pulpit. “I wish you could all see what I can see.”

She told parishioners she’s been “moved to tears” watching the renovation work on the church progress.

“It’s like watching the tight bud of a beautiful flower open, bit by bit, until it’s resplendent,” she said. “But none of it compares to the beauty I see in all of you. You are the holy ones this house of prayer has been waiting for. This beautiful house of prayer is a place to nourish and strengthen the living stone.”